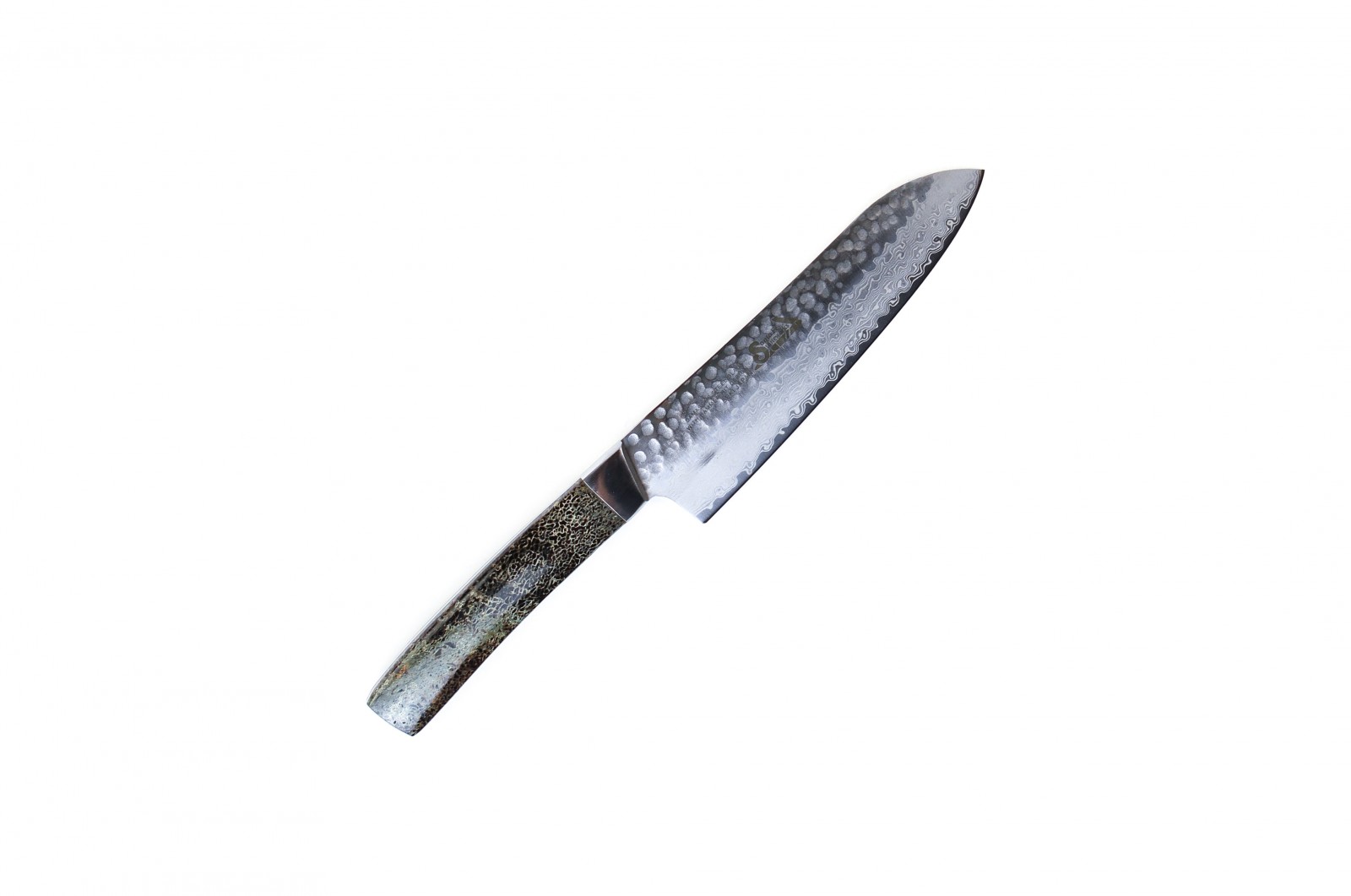 These knives by the master bladesmiths at Santa Fe Stoneworks have 33 layer Damascus steel blades with handles carved from mammoth bone, each is a one-off creation and no two look quite the same.

The unique layering you can see in the blade is thanks to the folding and hammering required to create Damascus steel, it has a core of vg-10 steel with 16 layers of stainless on either side to produce an exceptionally sharp blade that won’t rust or corrode. The mammoth bone used to make the handle is responsibly sourced, it’s estimated to be over 15,000 years old and its hardness and natural water-resistance make it an ideal material for handle creation. 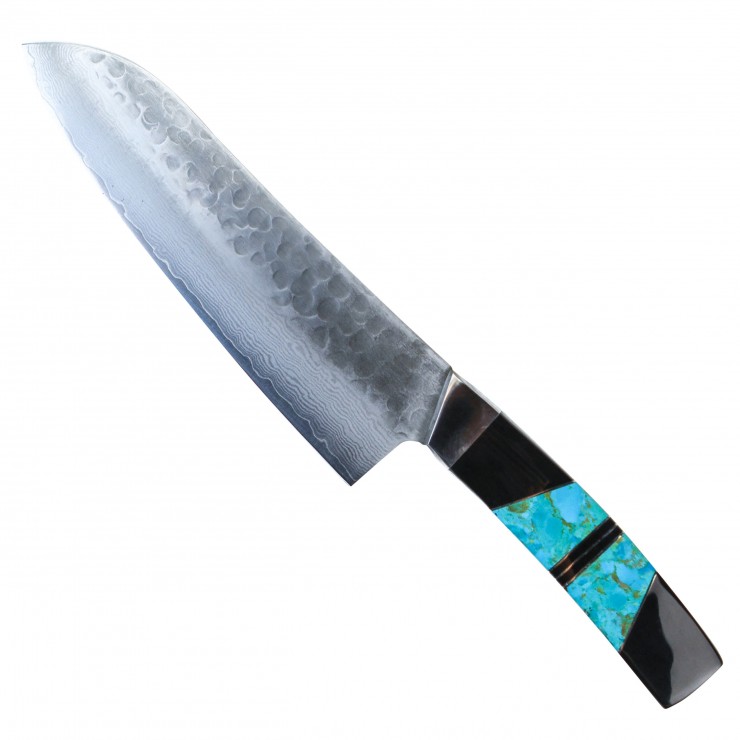 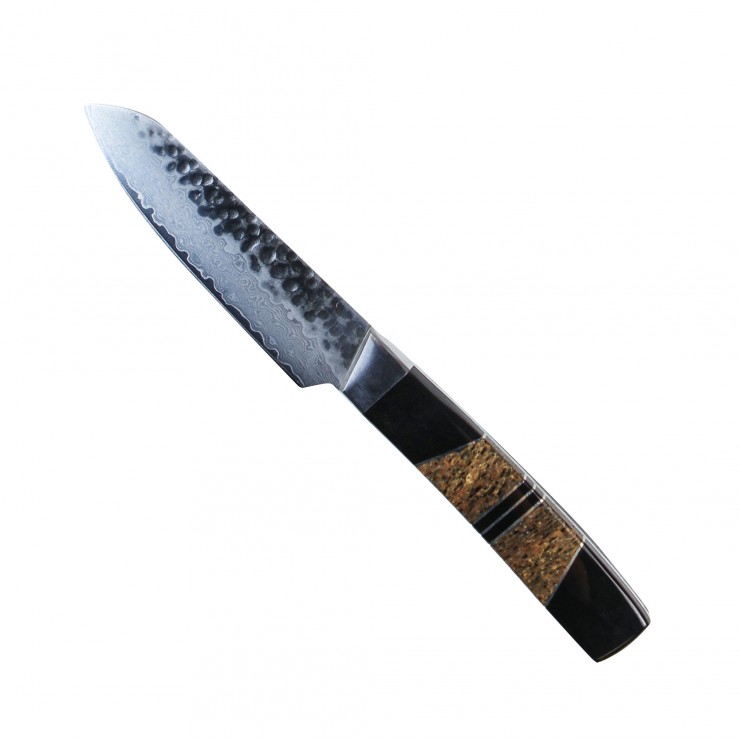