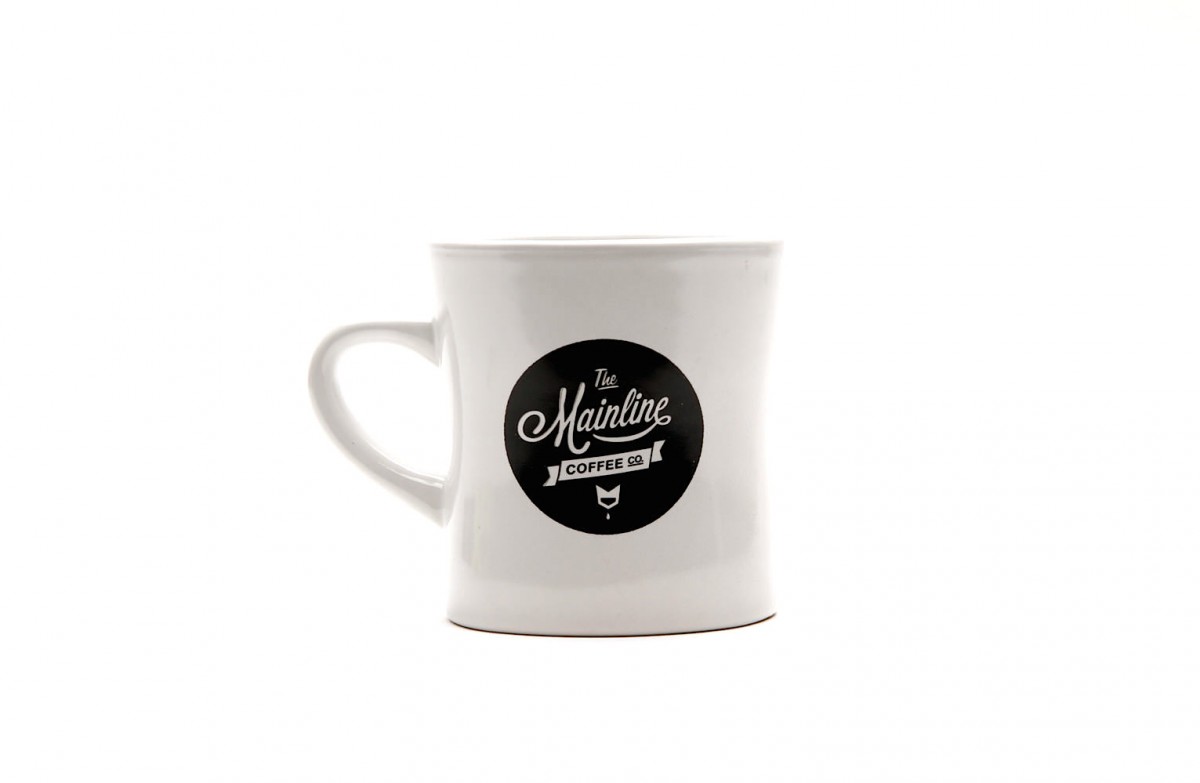 The coffee cup is a thing that delivers one of the most important fluids ever created to my face, as a result of this I consider them to be very important. There’s a lot more that goes into coffee cup design than many people realise – if the base is narrower than the top the cup will be top heavy, the handle should have a flat section at the top to allow the user’s thumb to hold the cup level and ideally it should be made from a relatively thick ceramic, to preserve heat.

This cup from The Mainline Coffee Co. has all of these design attributes and a reasonable MSRP of $10.95 – It has a 10 ounce capacity and each one is made in America. 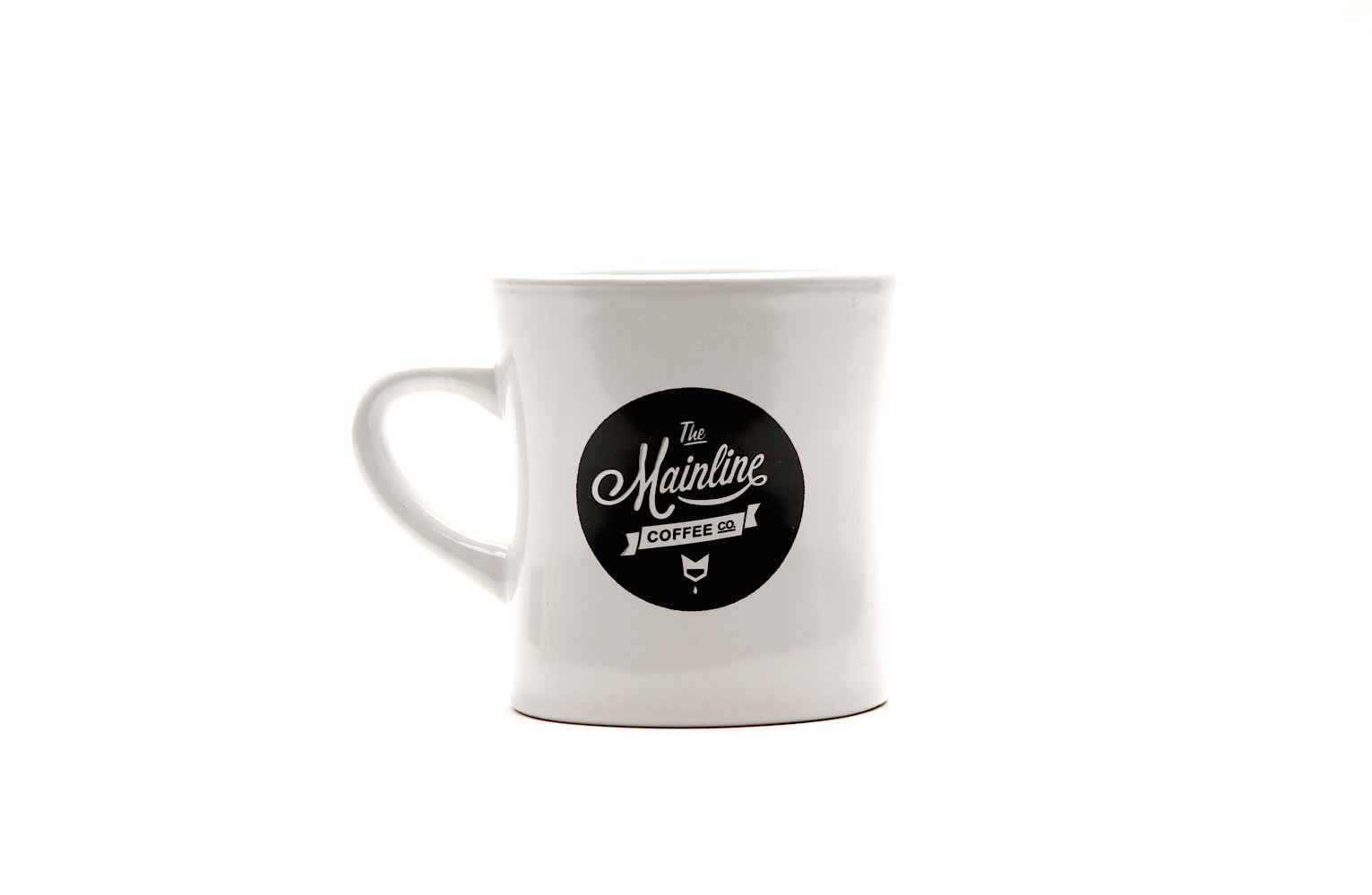