Luke Skywalker’s Lightsaber From Return of the Jedi 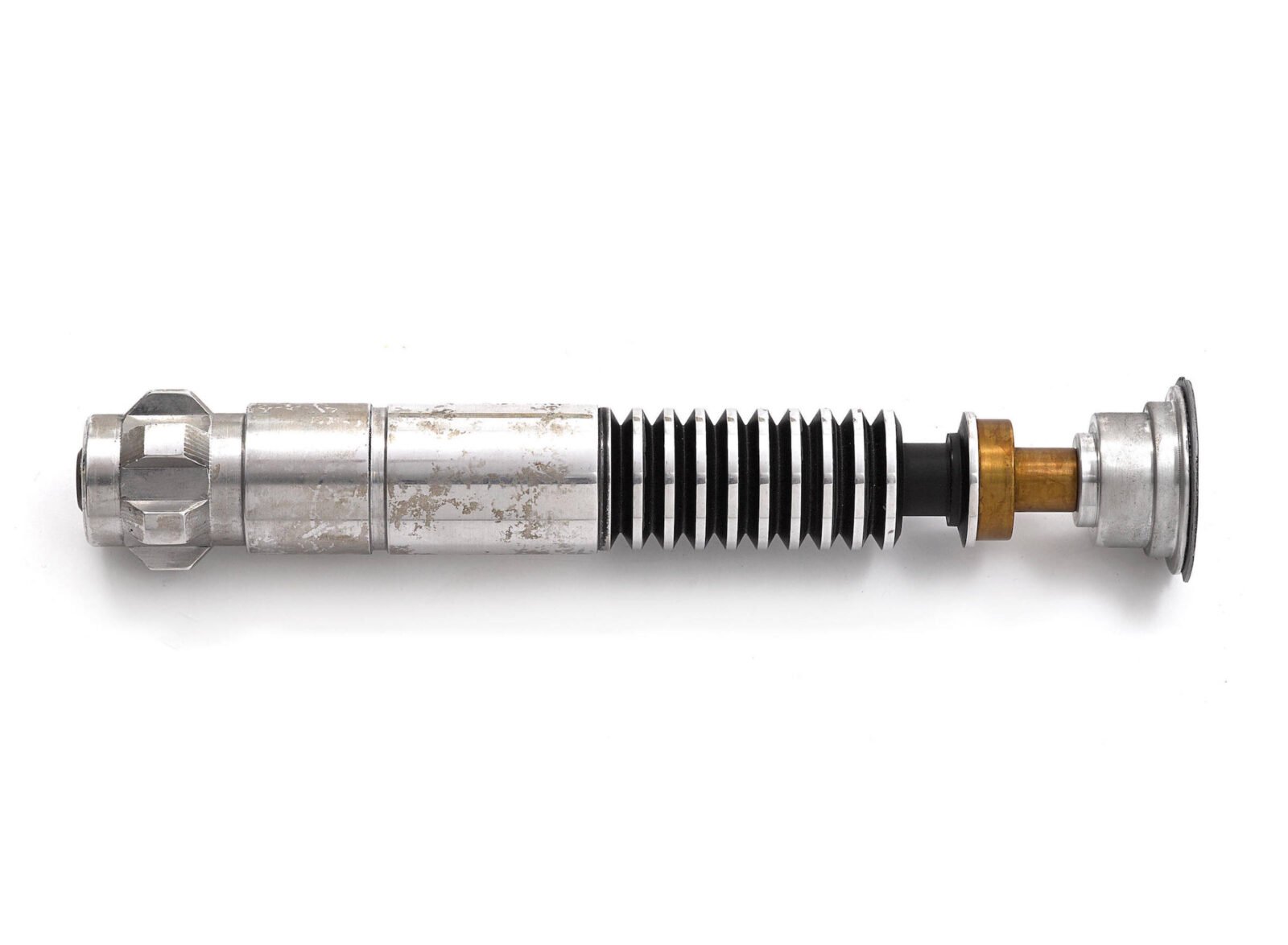 This is one of Luke Skywalker’s original Lightsabers from Return of the Jedi (Star Wars: Episode VI), it was used in the famous escape scene over the Sarlacc Pit in the Dune Sea on Tatooine.

The Great Sarlacc Pit of Carkoon was (unsurprisingly) occupied by a Sarlacc, a favorite pet of Jabba the Hut. Sarlaccs take 30,000 years to reach maturity, at which time they bury themselves below the sand leaving only their mouths visible – to catch unsuspecting passersby and the occasional Jedi Knight.

Each Lightsaber was individually made from cast metal, brass, and rubber – with this one first seeing the light of day in 1983. Three Lightsabers were used when filming the scene, this one was shown in closeup insert shots of R2D2 – who would then fire out a second Lightsaber made of lightweight plastic which Mark Hamill caught before mounting his escape.

If you’d like to add an authentic Star Wars Lightsaber to your collection this one will be auctioned by Bonhams on the 21st of November in New York. The value estimate is a little eye-watering at $150,000 to $250,000 USD – but if you sell your house, car, kidneys, and non-blood relatives it should be doable. 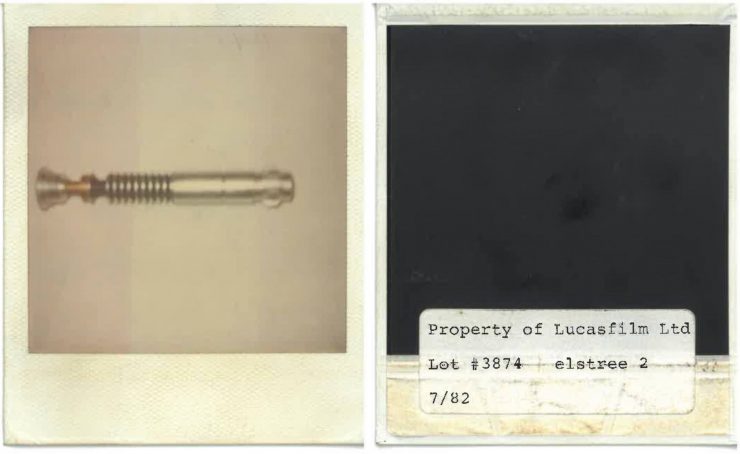 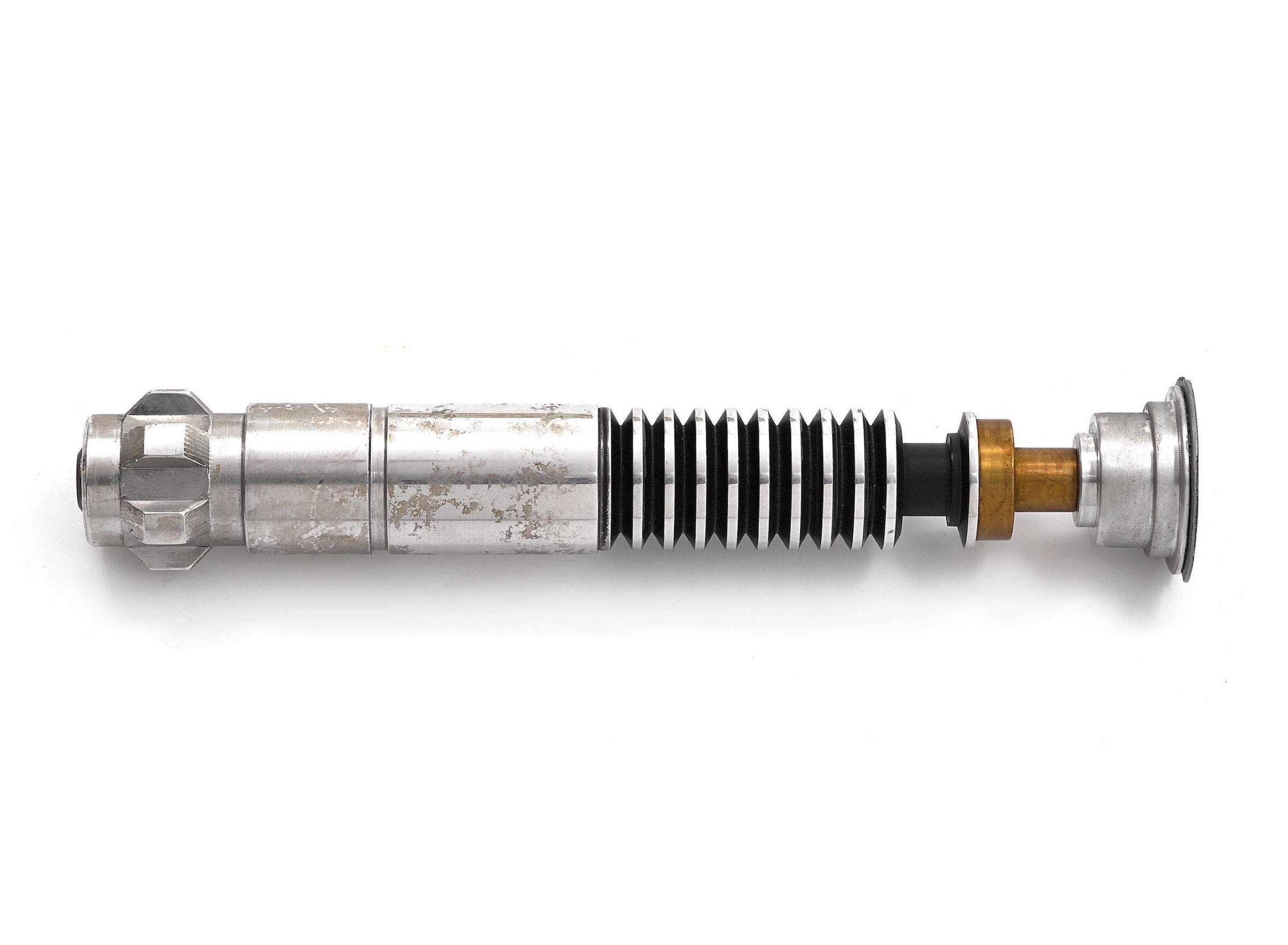