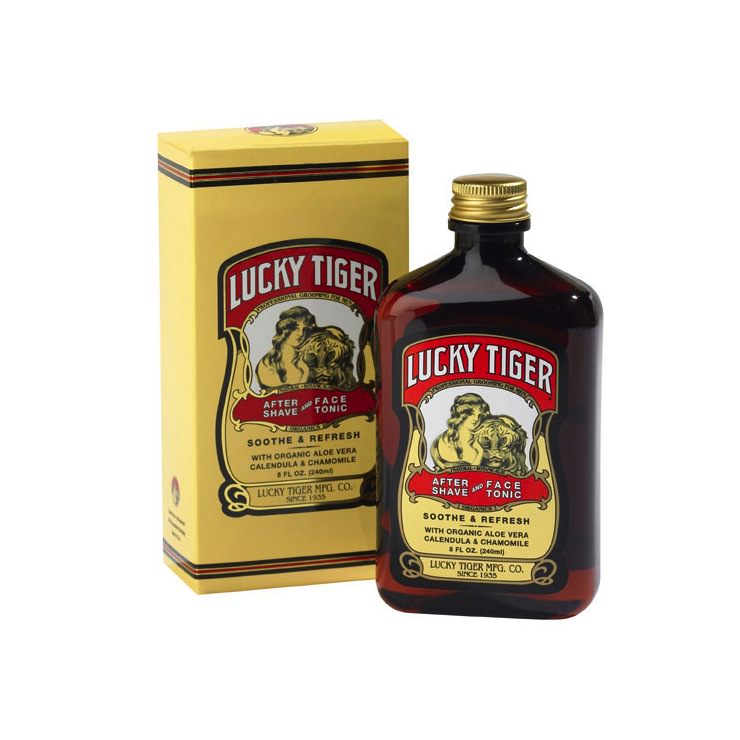 Lucky Tiger After Shave/Face Tonic is the sort of thing that used to live in our grandfather’s medicine cabinet – for nights out on the razz with classy dames, bootleg liquor and Glenn Miller.

With a scent of fresh citrus and an alcohol free, aloe vera based recipe the face tonic rehydrates and whisks away the smell of gin from the night before. At $12.5 USD a bottle the price is right, so if you’ve been looking for an alternative to the mass produced and over marketed Gilette products, hit the link below to get your hands on some Lucky Tiger. 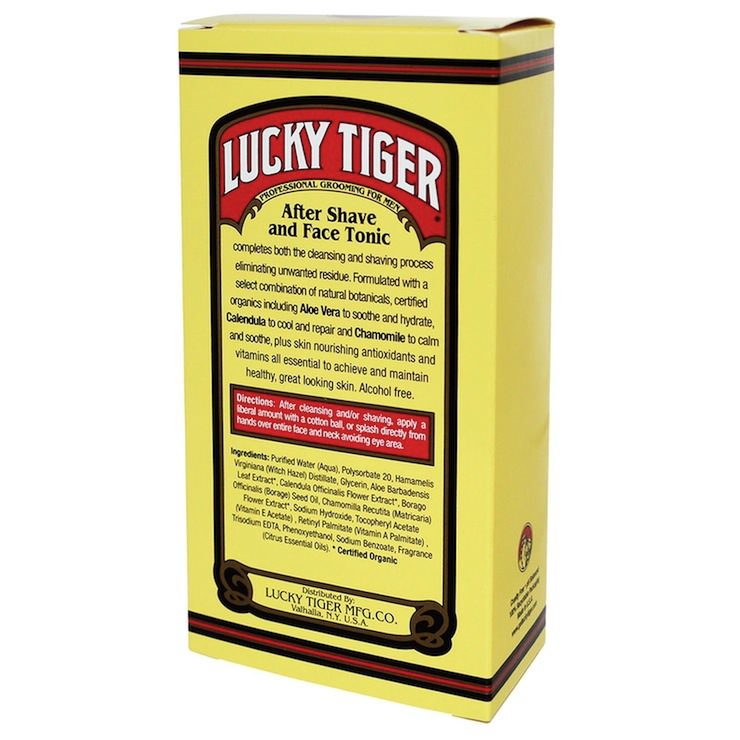