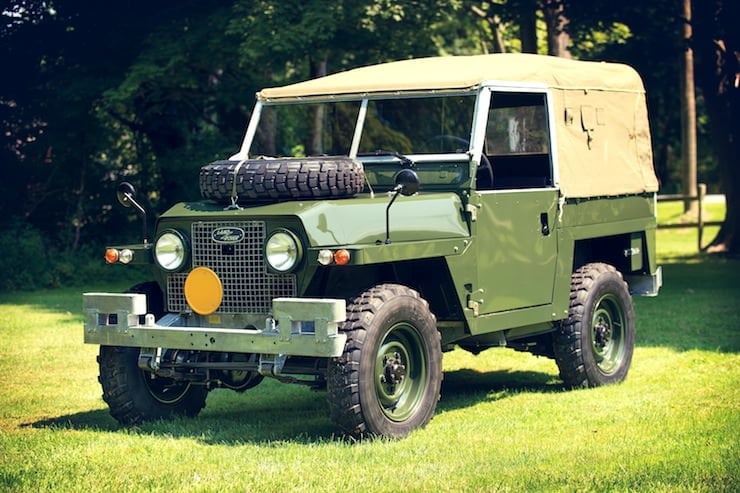 This is a 1969 Land Rover Series IIA “Air-Portable” and if you’ve never seen one before, they tend to stop you in your tracks. Often referred to as the Land Rover 1/2 Ton Lightweight it was a model developed by Land Rover for use a rapidly deployable 4×4 that could be slung under the Westland Wessex helicopter.

A small team at Land Rover took the standard Series IIA and set about getting the weight down below the 1140 kg (2500 lb) carrying limit of the Westland Wessex. They removed any part of the car that wasn’t essential to operation, the reduced the track width by 4 inches so it’d fit on a pallet and they made all the body panels as light as possible, as well as removable so the vehicle could be quickly assembled on the ground.

All of these changes saw the weight actually increase to 1,202 kg (2,650 lb), which confounded many and made the “lightweight” moniker a little confusing. The British Ministry of Defence still accepted it for deployment as the Westland Wessex had seen an increase in carrying capacity and the removable body panels allowed the Land Rover’s weight to be dropped below 1140 kg for flight (if needed). 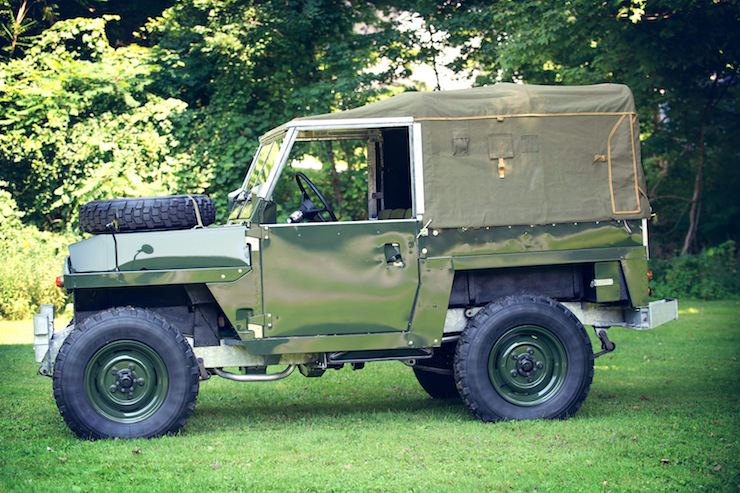 Land Rover produced lightweight versions of both the Series IIA and Series III, they were modified versions of the production machines and as a result much of the underlying mechanical elements are identical. Production ceased in 1984 when the new Land Rover 90 and 110 models were introduced and the MoD switched from Lightweights to standard model Defenders, this has lead to the Lightweight Land Rovers becoming a collectible item among enthusiasts and many of them are still on the road today.

The restored 1969 Land Rover Series IIA you see here is one of the best examples we’ve ever come across, in fact its almost certainly in better shape now than it would have been when it rolled out of the Solihull factory.

It’s due to roll across the auction block on the 10th and 11th of October 2013, although there isn’t an estimated value attached to it yet you can bet it won’t be cheap, but if you’ve been looking for an interesting alternative to a Willys Jeep you might want to click here to visit the lot listing with RM Auctions. 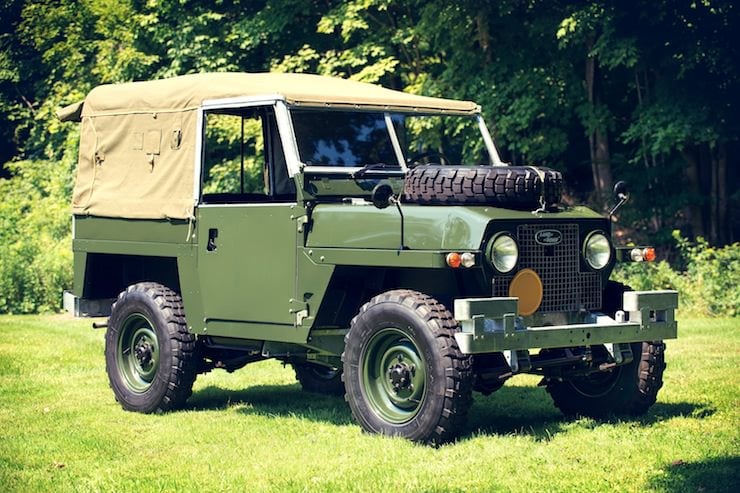 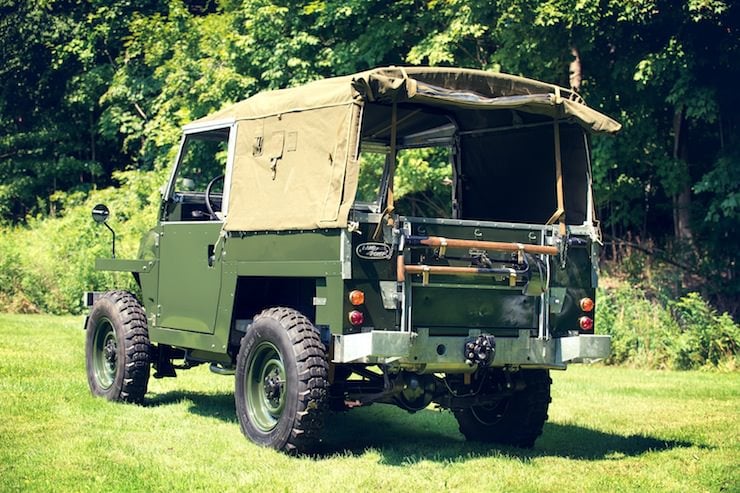 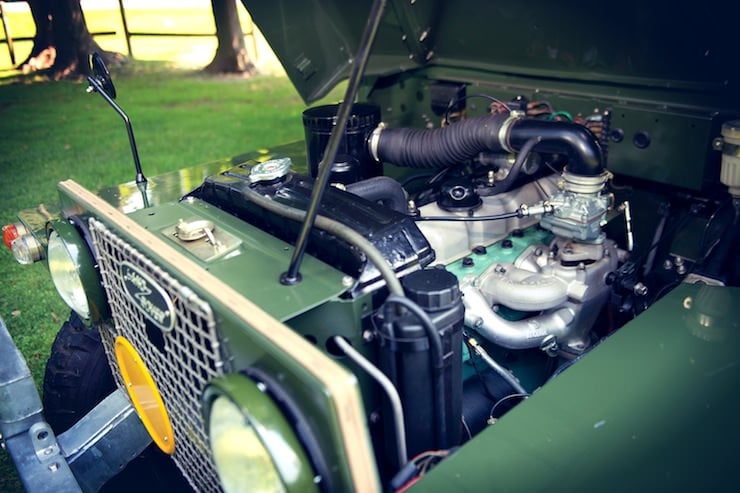 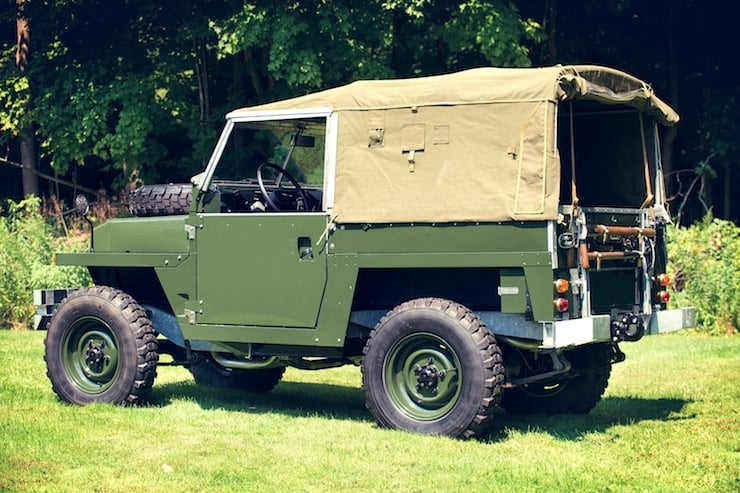 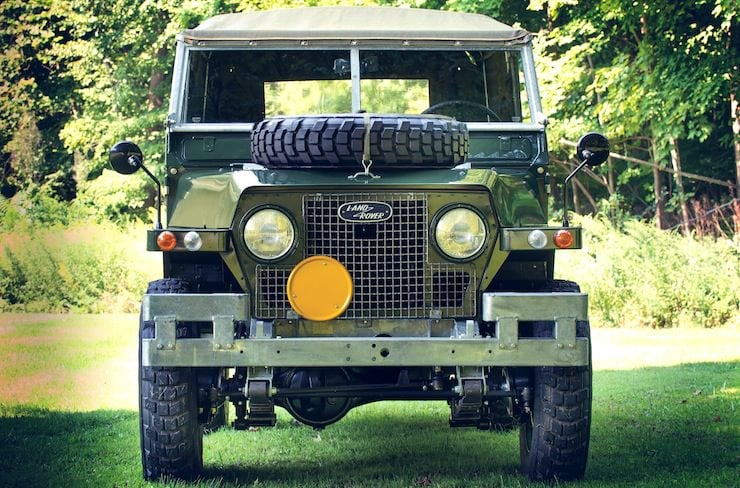 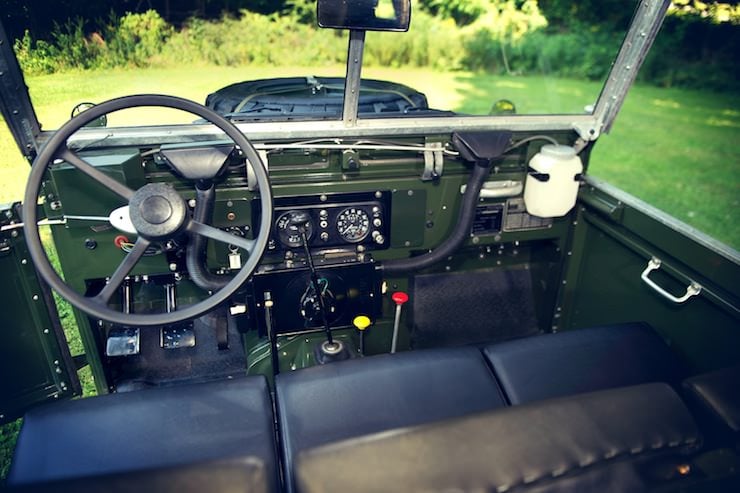 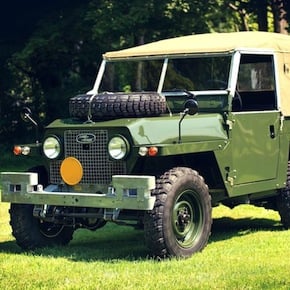