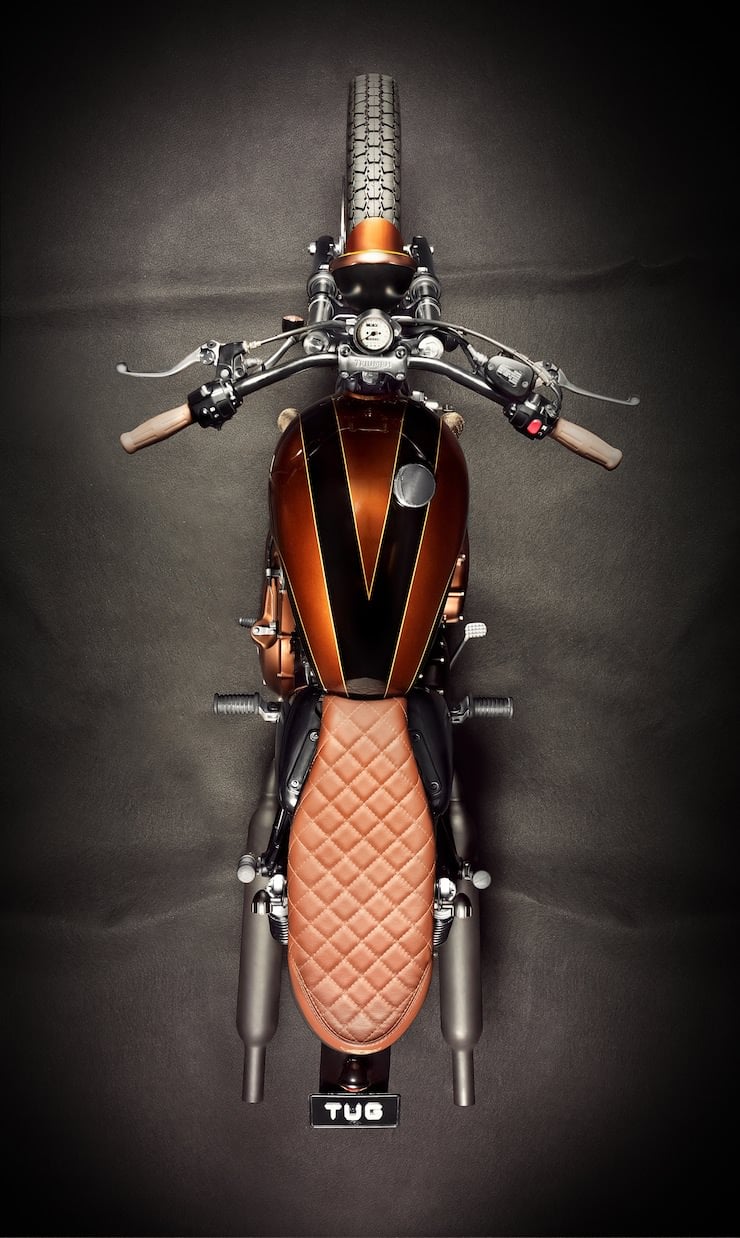 The modern Triumph Bonneville, released in 2001 to much critical acclaim, is based on the original Bonneville from 1959. Both bikes use a parallel twin, four-stroke engine and a healthy dose of classic motorcycle styling – that said, the new Bonneville is a totally redesigned bike built with 50 years worth of engineering experience, the newer versions have fuel injection and have become well-known for their reliability – not something that could ever be said for the originals.

This combination of classic, air-cooled styling and modern engineering has been a huge boon to the custom motorcycle community who now have a reliable, modern, British motorcycle to use as a starting point. We’ve seen some fantastic examples over the last few years on Silodrome, one of the stand-out Triumph builders is Ton Up Garage based out of Portugal who have quickly developed a reputation as one of the pre-eminent custom Triumph builders in the world. 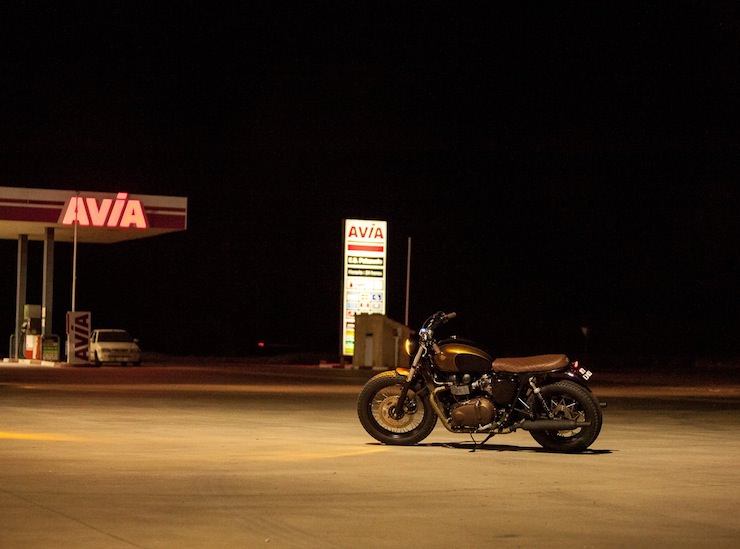 This is the latest creation from Daniel and Pedro at Ton Up, it was a customer order from France for a guy who saw some of the team’s previous work. This new bike has all the hallmarks of a Ton Up build, the fit and finish is exceedingly professional, to the point where it now looks like an official production motorcycle.

During the build the engine was coloured black with a special high-temperature paint, the stock exhaust was kept and wrapped in brown heat wrap, a custom brown leather Ton Up leather seat has been fitted, a small black and copper headlight with a yellow lens was added and all indicators were replaced with low profile LED units.

The front and rear suspension has been replaced with new, higher performance Öhlins springs and a subtle brown and black paint scheme was added to the tank, fenders and crankcase. The finished bike has already been delivered to its very happy French owner and Ton Up are now taking orders for late 2013 and early 2014 delivery, if you’d like to see more of their work or order your own you can visit Ton Up Garage here. 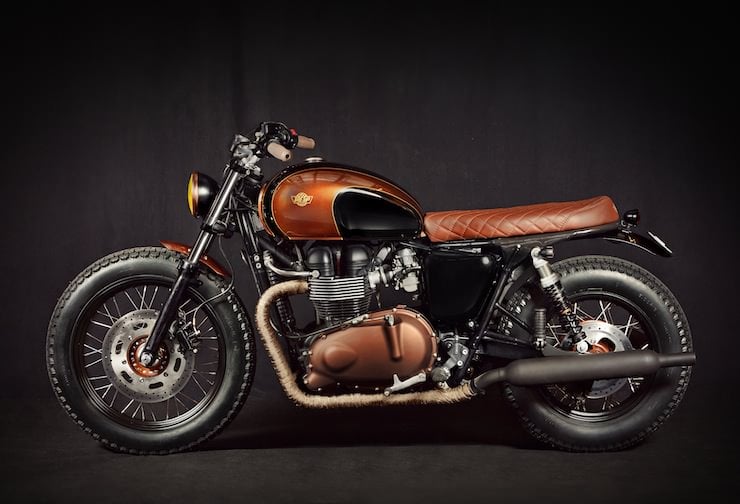 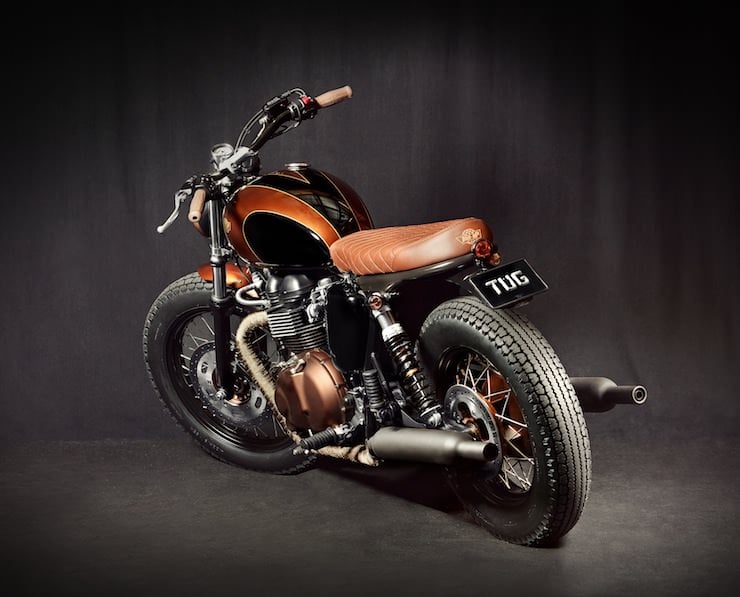 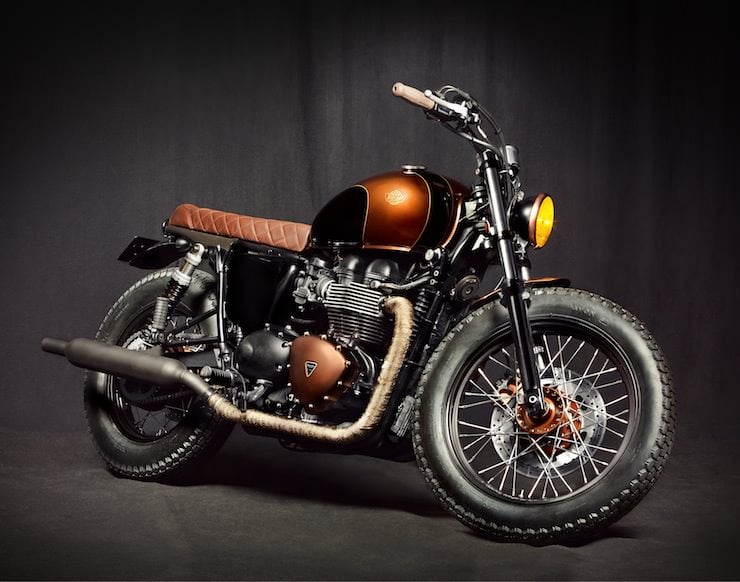 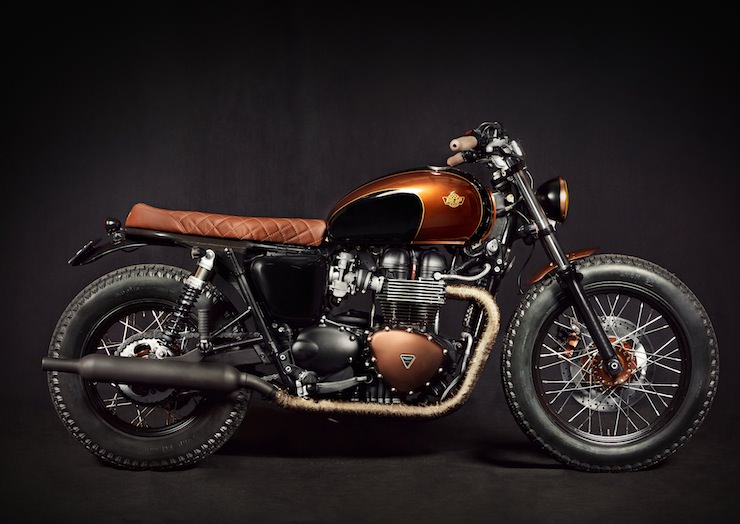 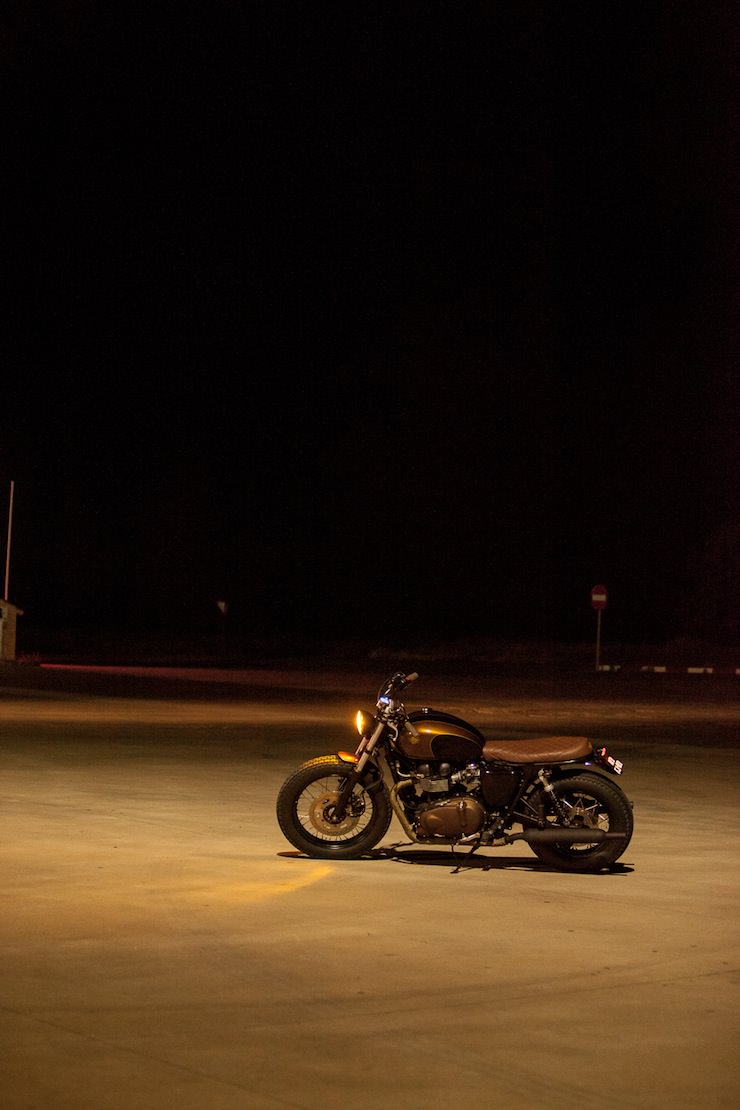 All images courtesy of Joel Bessa. 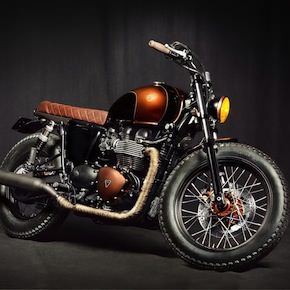