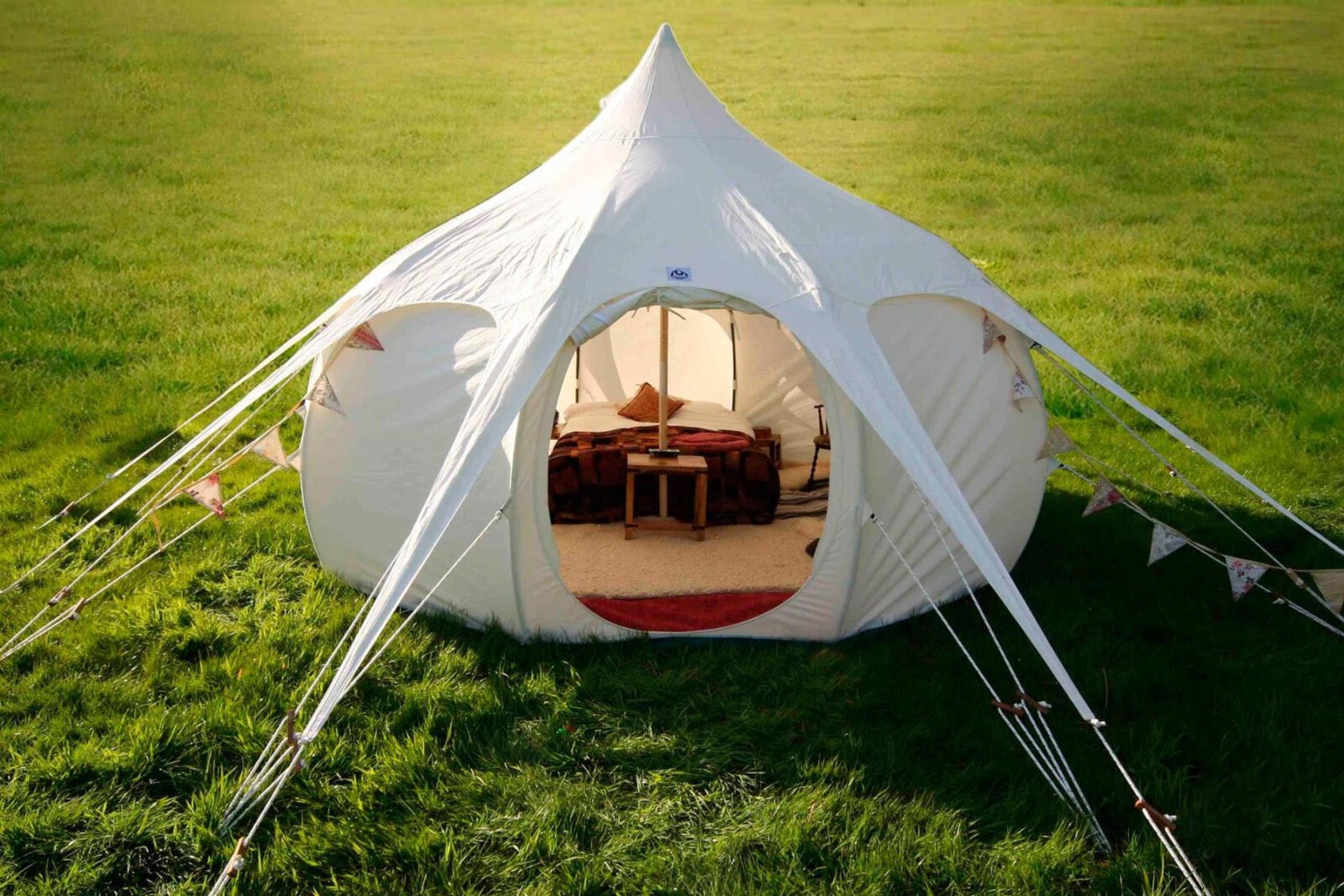 The Lotus Belle Tent is made from a highly waterproof and breathable 380 grade canvas with a waterproof 340 gsm PVC groundsheet, depending on the model it can also have roll down window blinds, insect-proof flyscreens, and sizes range from 16 feet across to just 8.2 feet.

The “bell” shape of the tent is possible thanks to 10 flexible side poles, paired with a centre pole and guy ropes all the way around to secure it to the ground. Belle tent users have reported the structure withstanding winds of up to 62 mph without difficulty, and some owners install the tents on permanent wooden bases to use them year round. Traditional stoves can be installed in some tent models for cooking as well as warmth in cooler climates, thanks to the chimney flap in the rear. 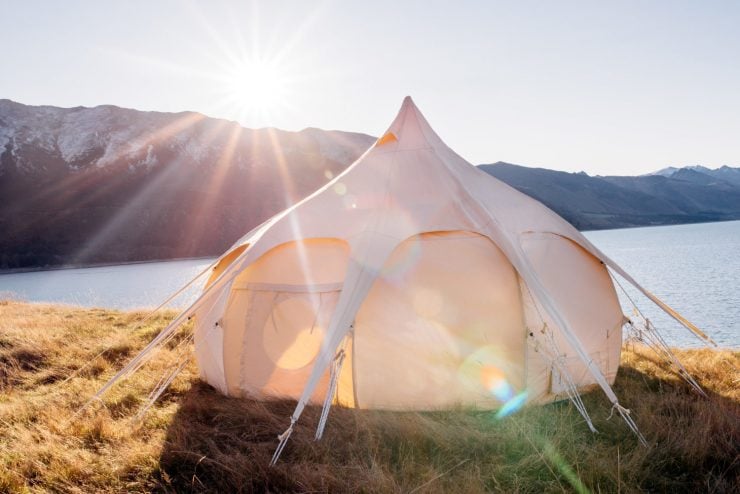 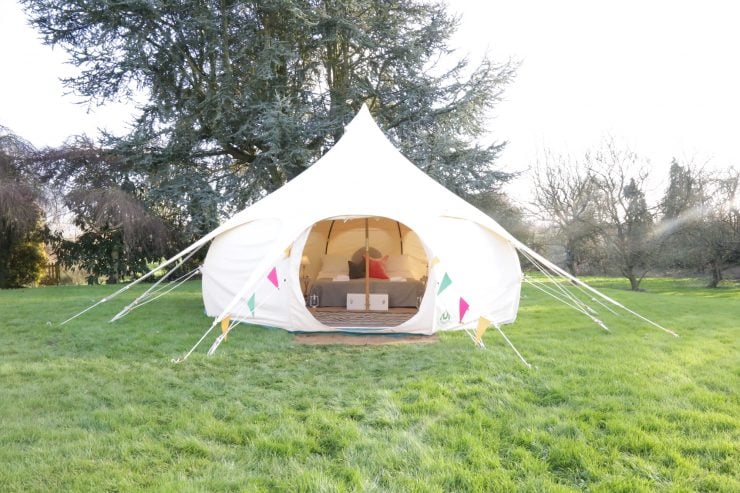 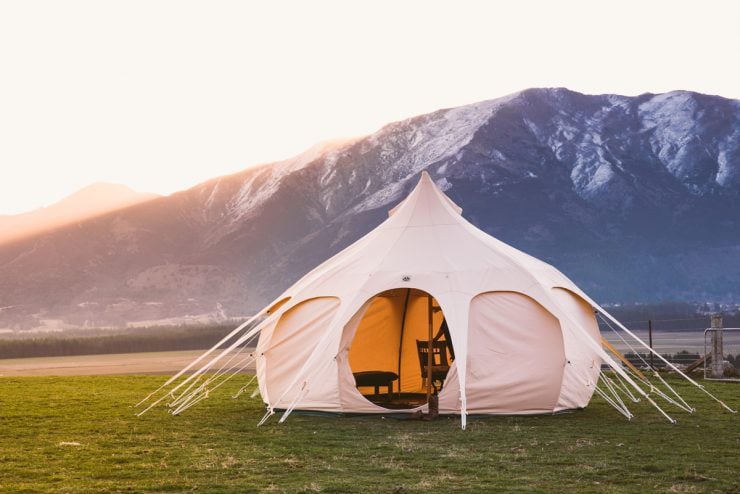 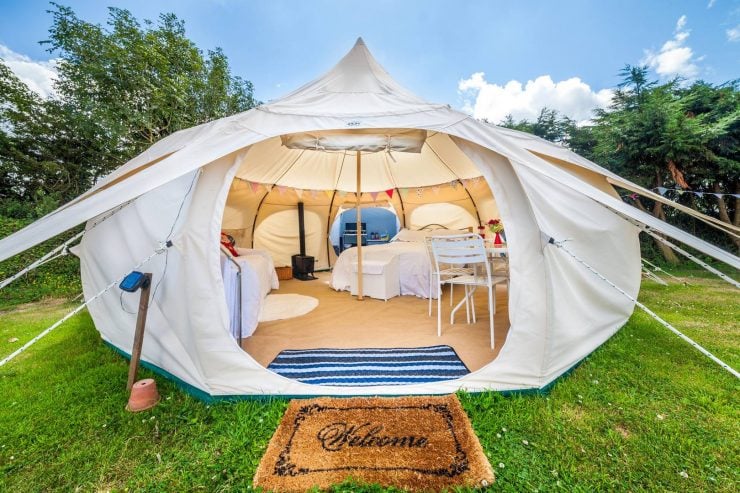 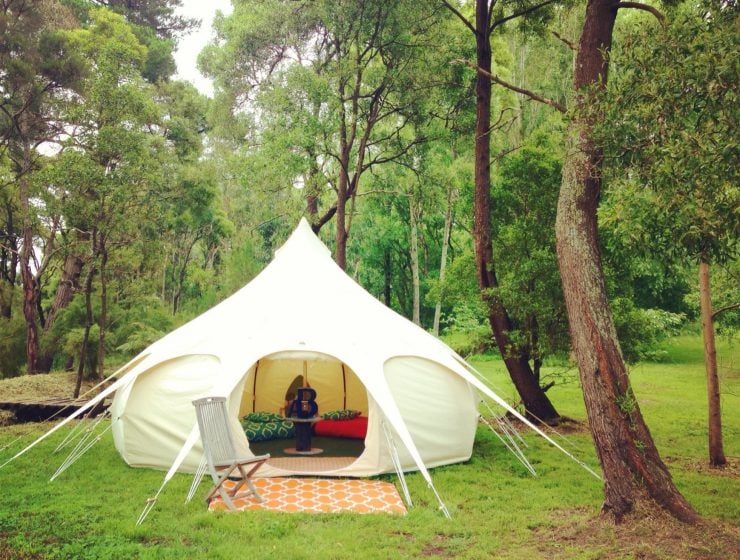 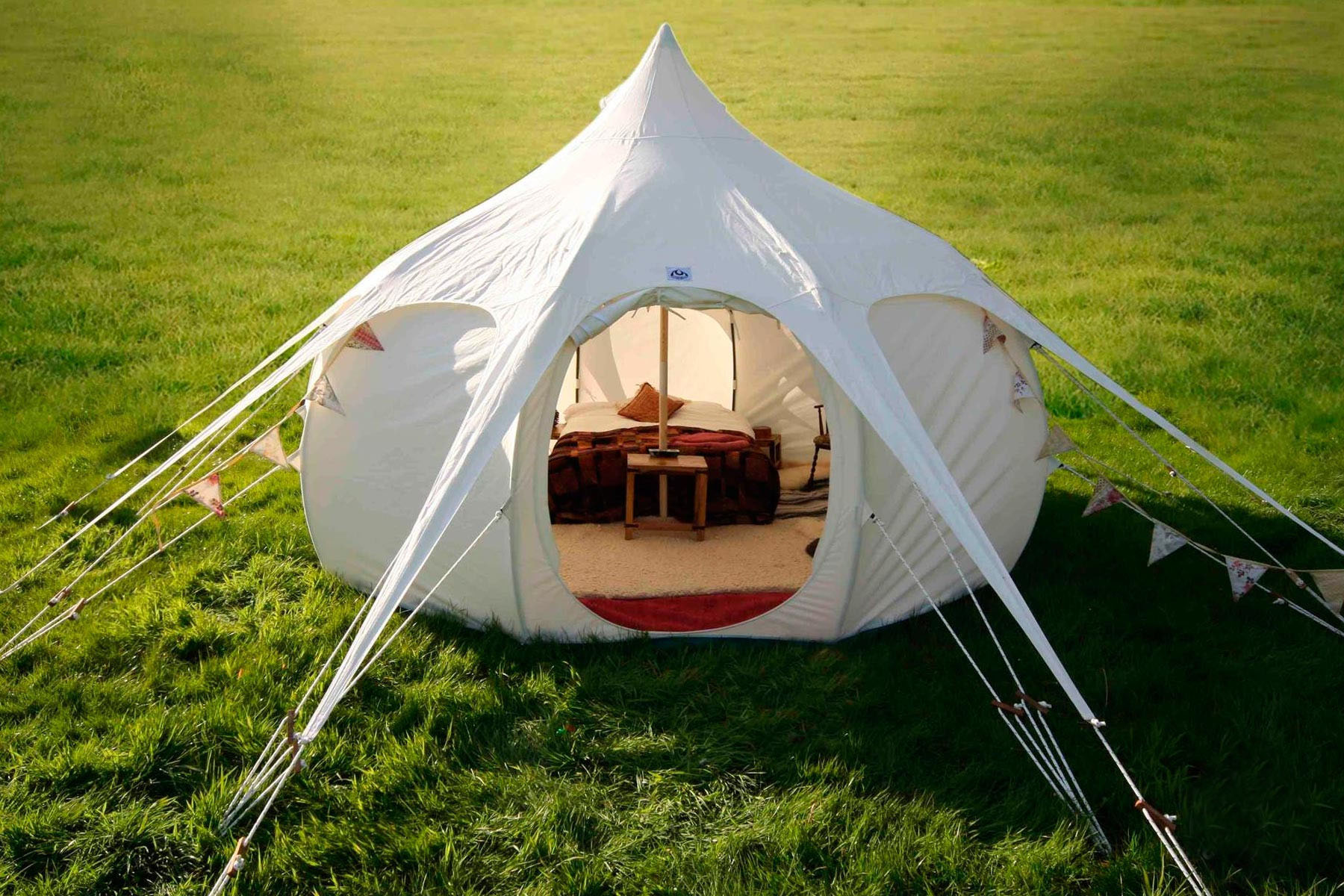