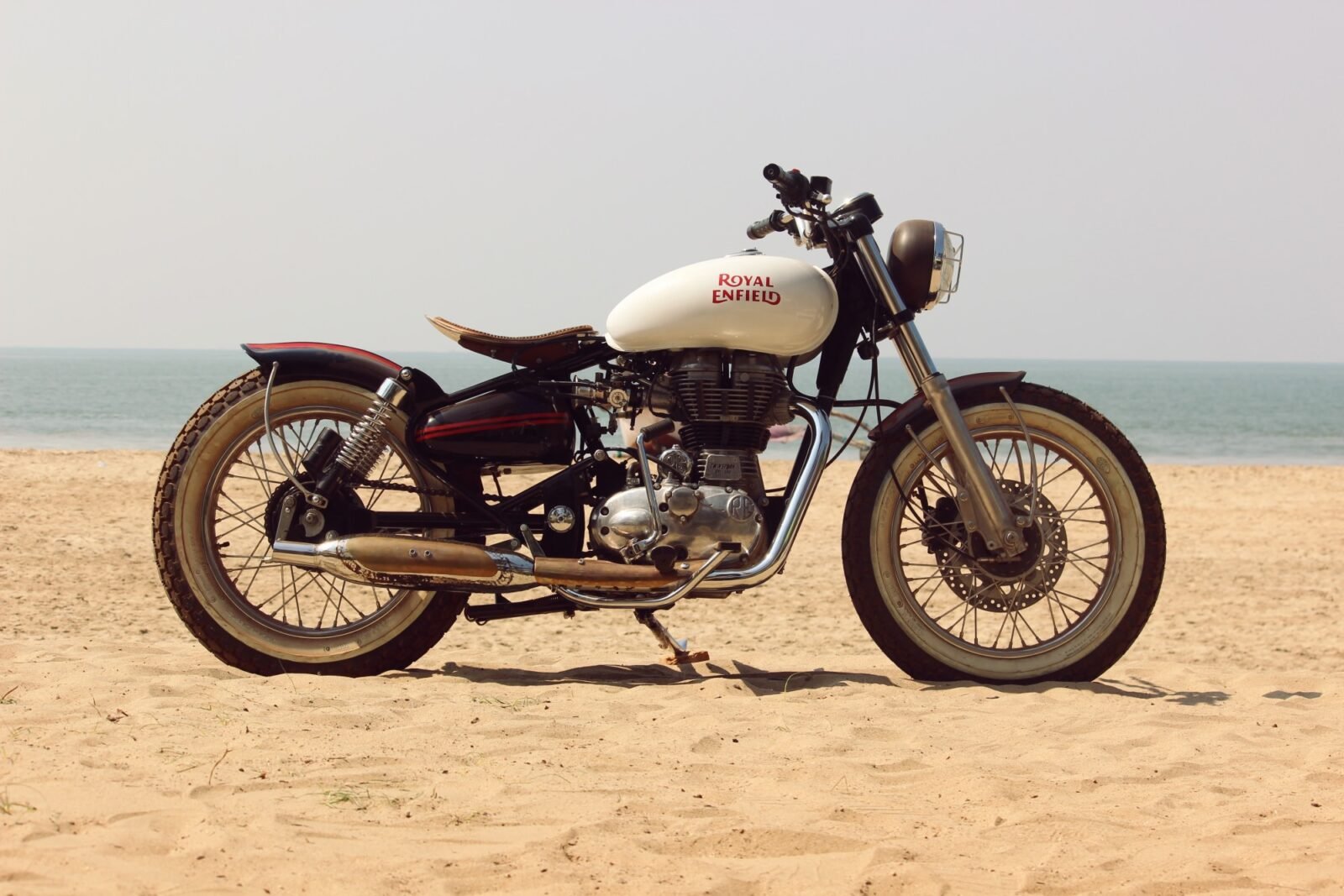 The Royal Enfield Bullet is the longest running production motorcycle in the world, the first Bullet was fired up in 1931 and the evolved Bullet design that was released in 1948 has remained largely unchanged ever since. In more recent years the carburettor was ditched in favour of an electronic fuel injection system, disc brakes replaced drums, and a modern ignition system replaced the old points.

Originally a British company, the Royal Enfield name is now in Indian hands, and there are countless Bullets in both 350cc and 500cc capacities thumping their way through every city, town, and hamlet in the subcontinent. The popularity of mechanically simple motorcycles with classic styling has seen a surge in recent years, and Royal Enfield have expanded to Europe, North America, Australia, and further afield to sell their much-loved bikes.

The custom Bullet EFI 500 you see here is the work of New Delhi local Aseem Singh Pawar, he’s a product designer by trade but like many of us, he started tinkering on motorcycles and it eventually became a full-blown obsession.

Aseem was approached by Royal Enfield to build a custom Bullet for Ridermania, their annual motorcycle show. He was given a bike, a budget, and just 45 days to get a finished bike to the showground. He partnered with Gursourabh Singh, a well known figure in the Indian custom motorcycle world, and they set to work creating a bike they call the Beach Tracker.

The idea behind the build was to keep the basic structure intact – so no changes could be made to the frame or fuel tank. A new headlight bowl was milled from wood – an unusual material choice but one that works well in this context. He ordered a pair of Coker Beck whitewall tires from the USA, and he had copper heat shields, and a “floating” copper seat pan hammered out by hand.

A new set of tracker handlebars give the bike an upright look, and the side profile has an almost bobber-like look to it. The bike was finished in time for Ridermania (just) and it proved hugely popular with attendees. Aseem is hard at work on more customs and if you’d like to stay up to date with his work you can follow him on Facebook here or on Instagram here. 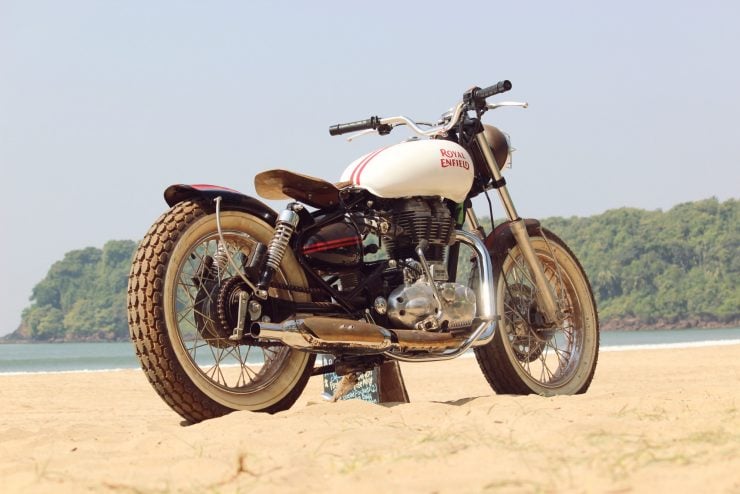 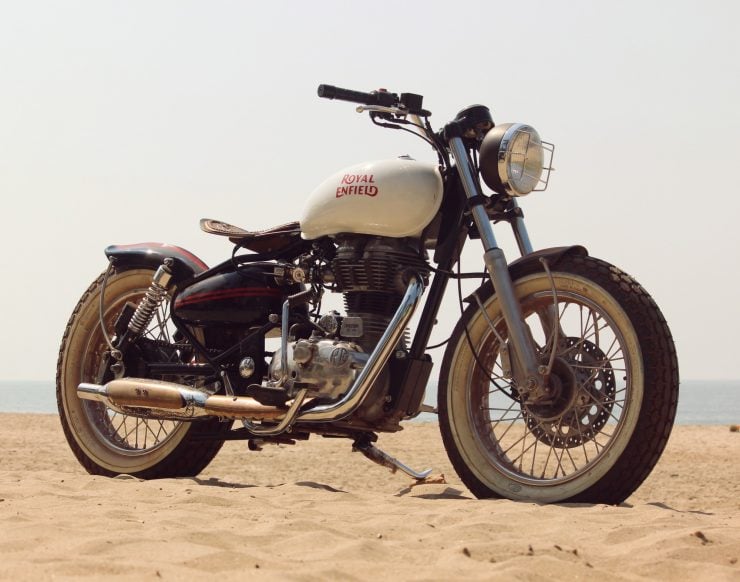 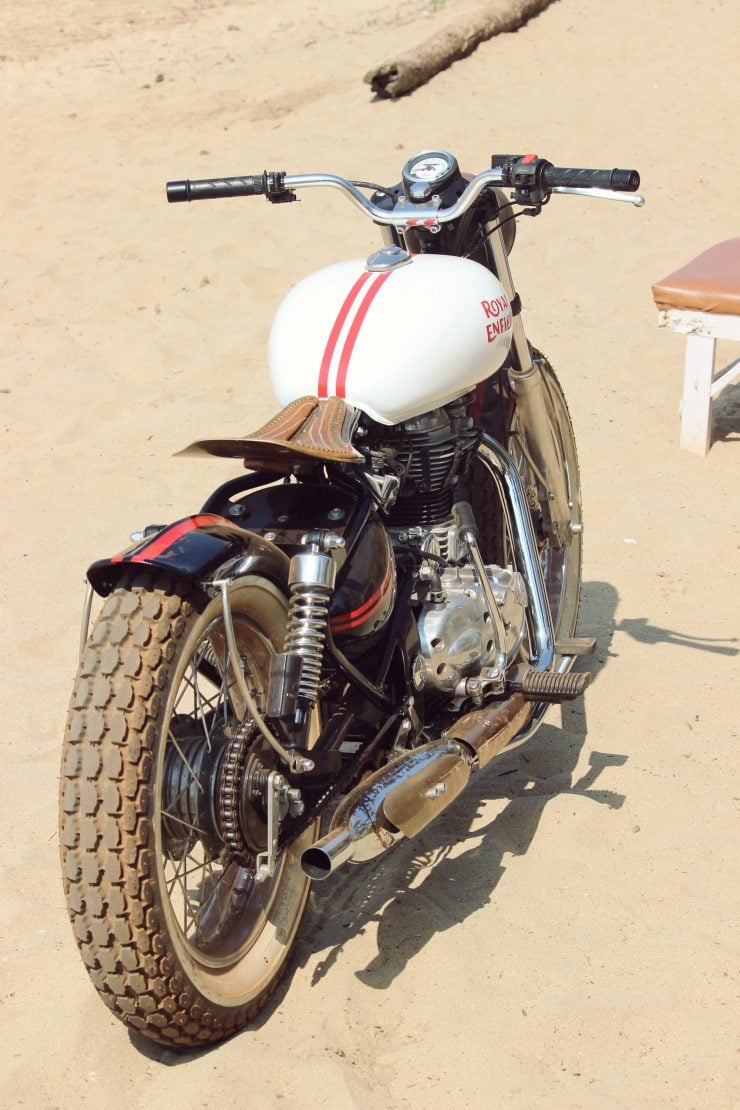 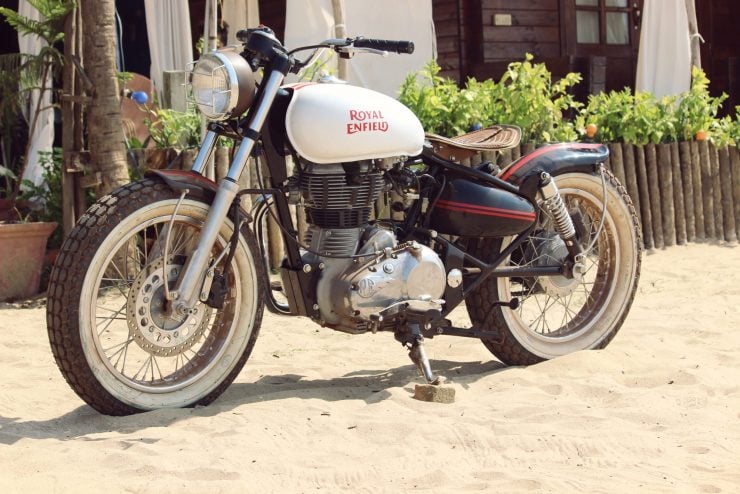 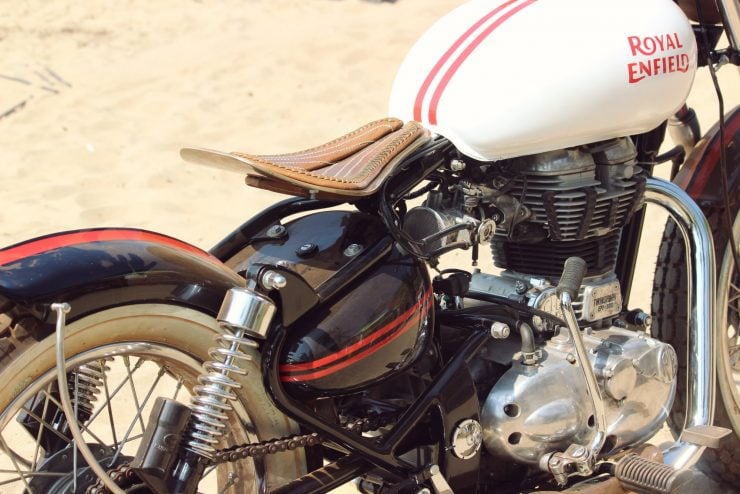 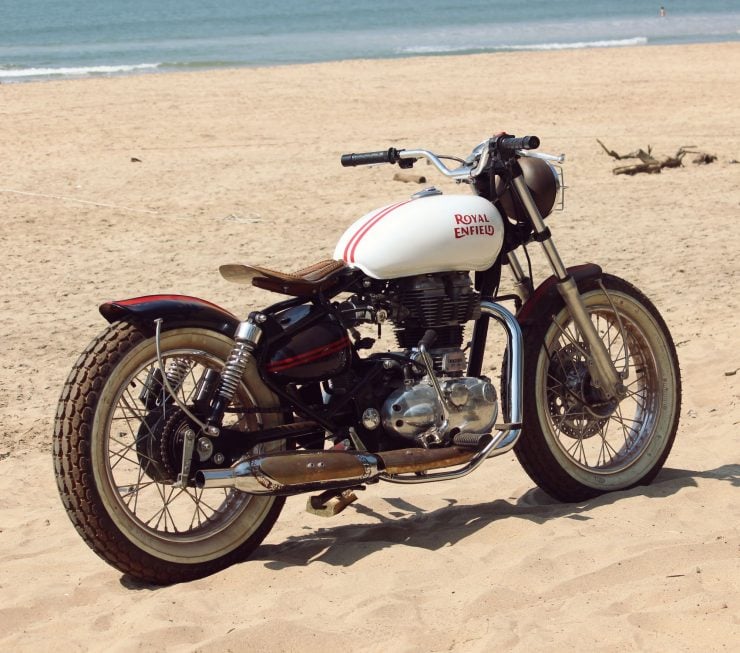 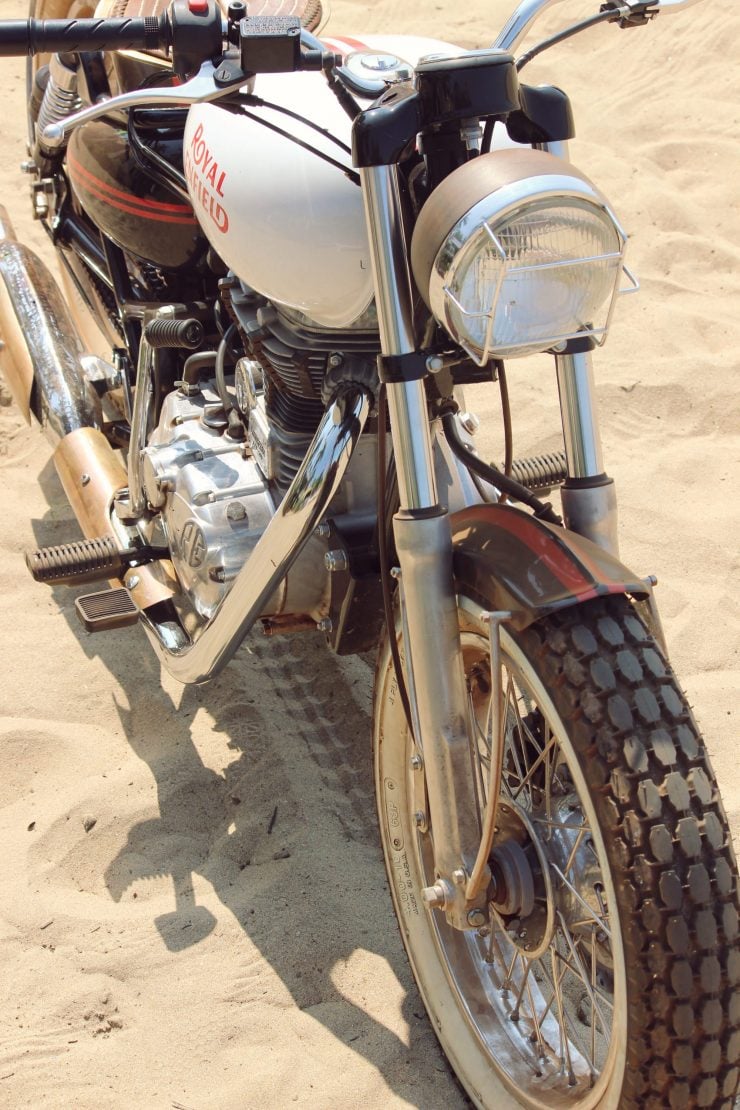 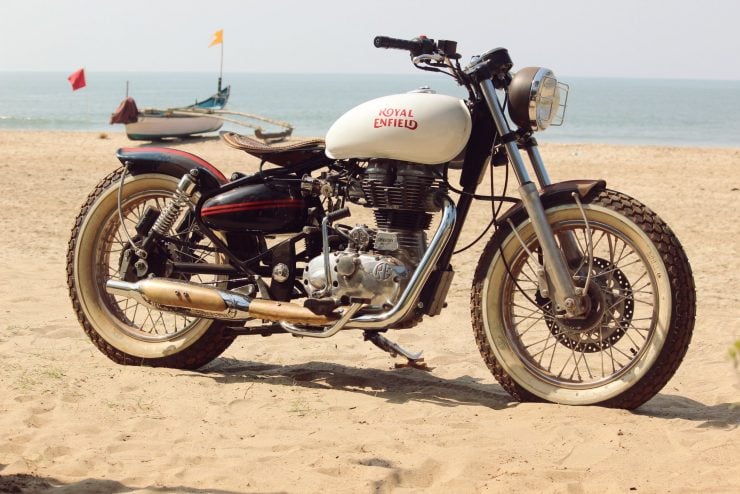 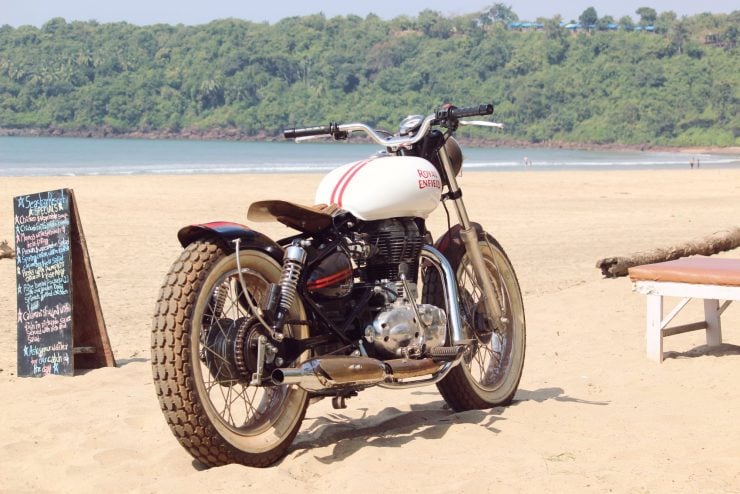 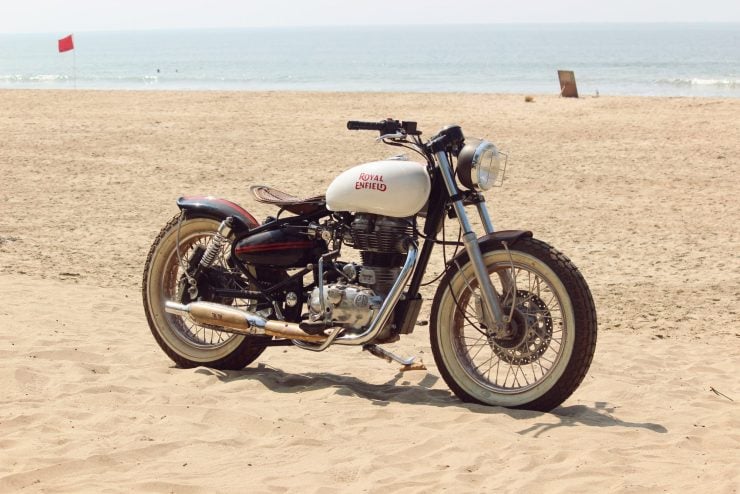 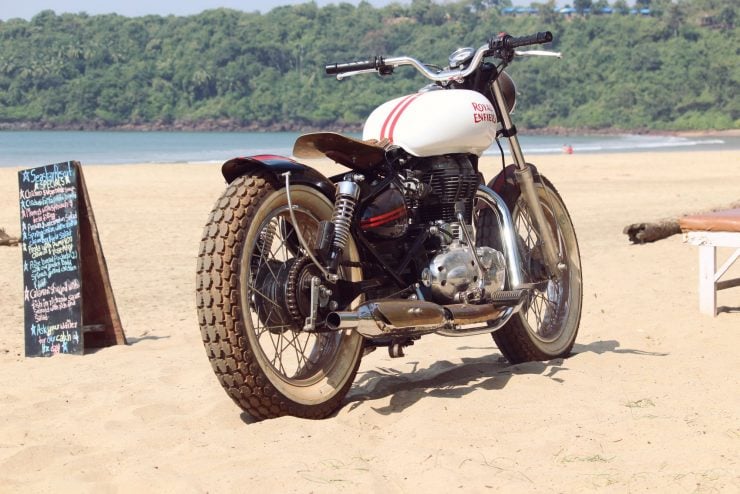 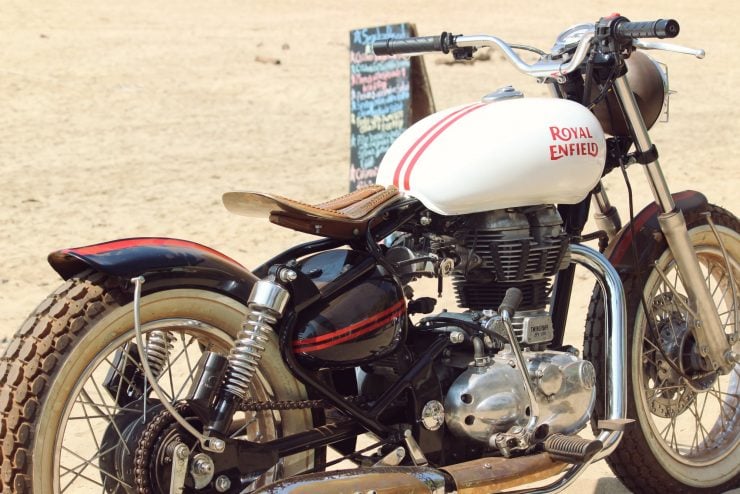 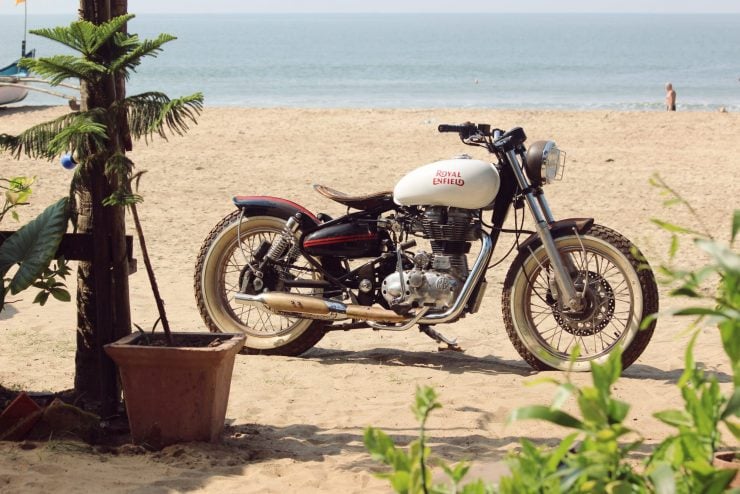 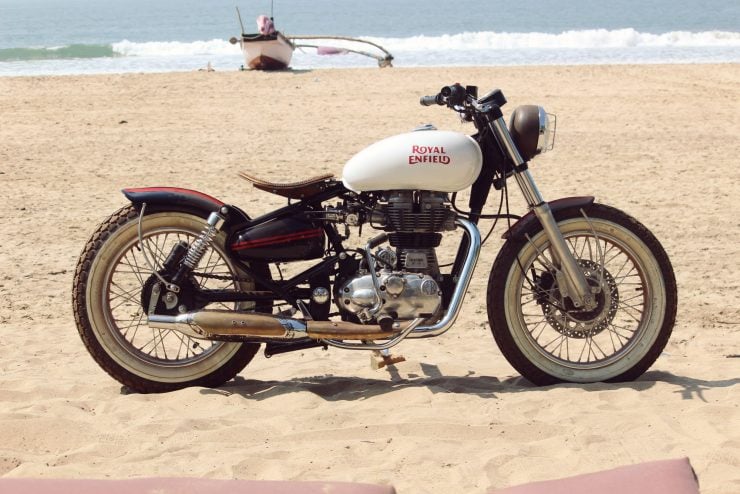 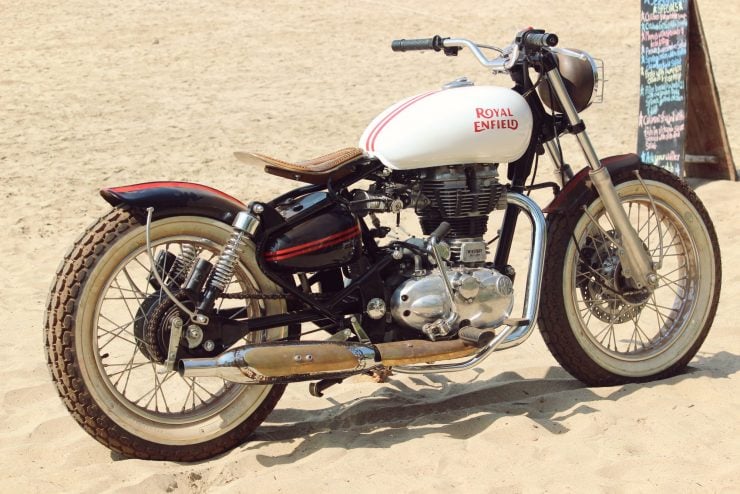 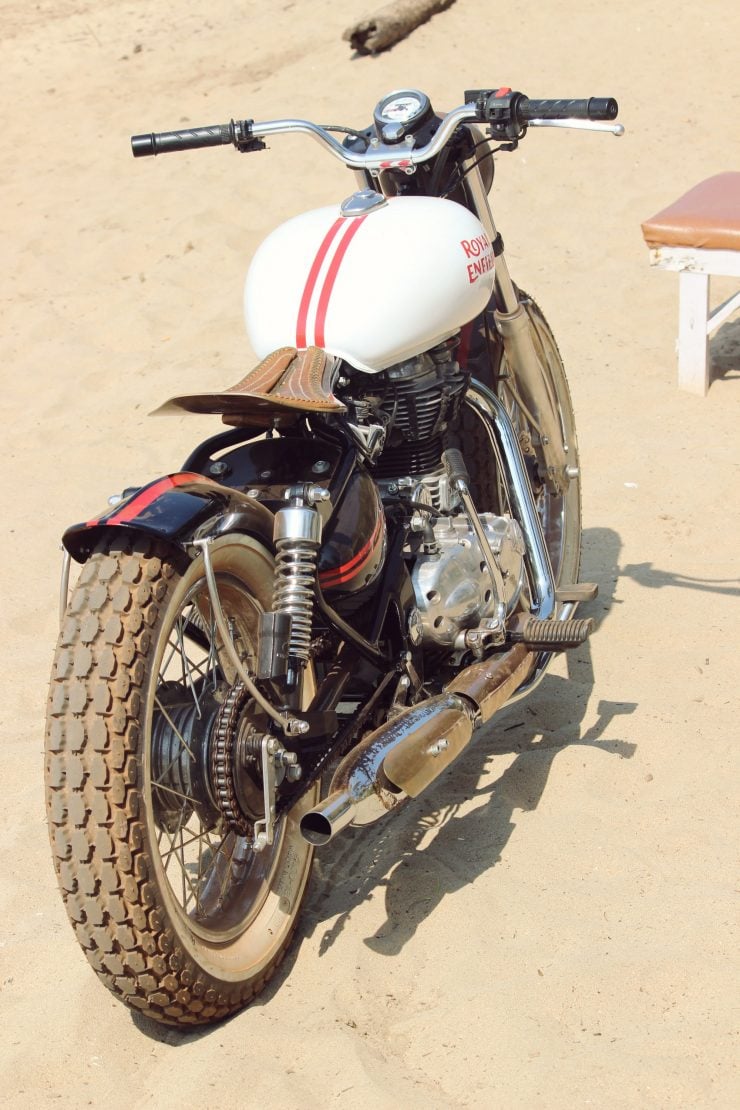 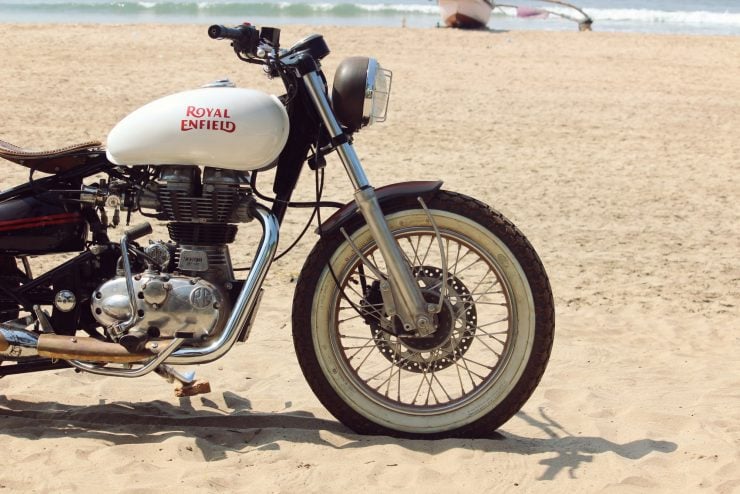 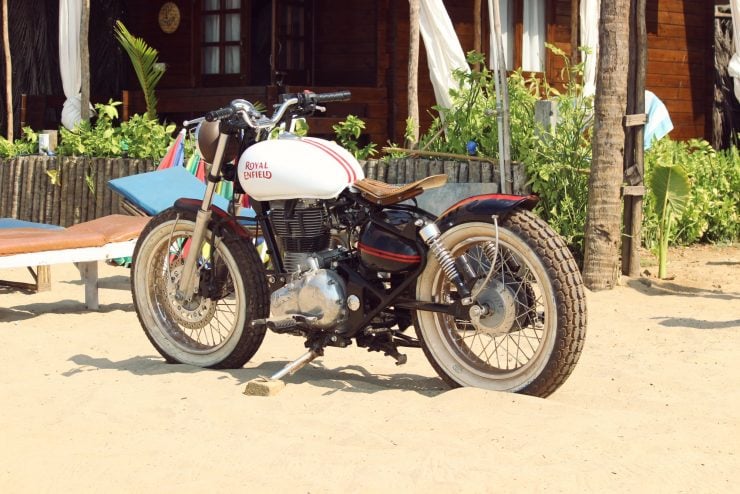 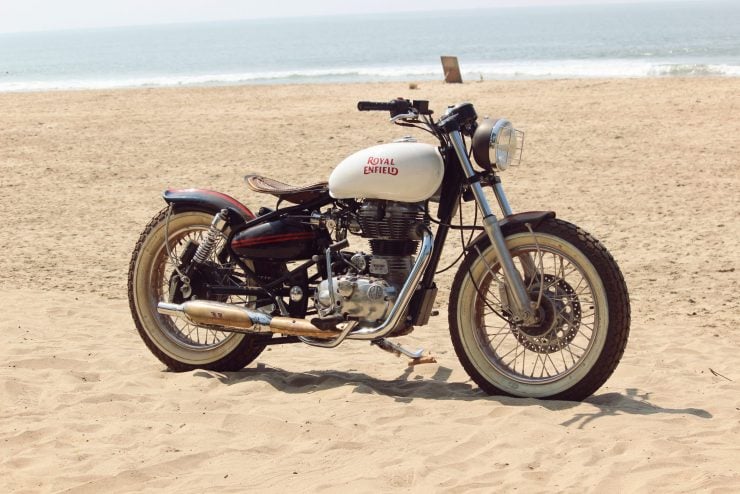 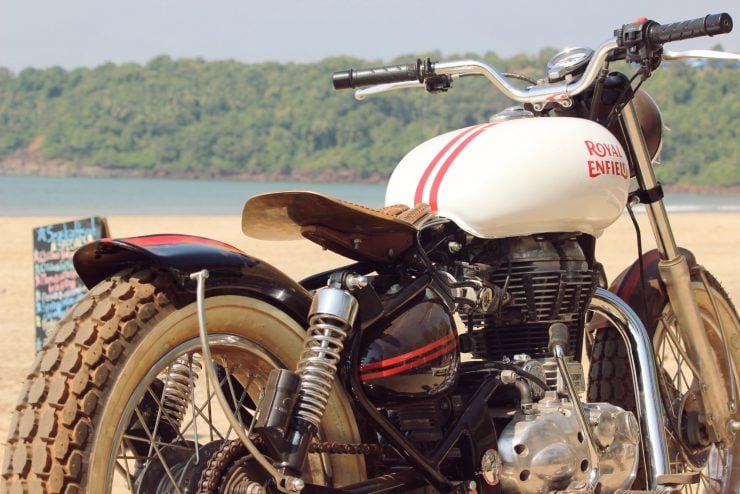 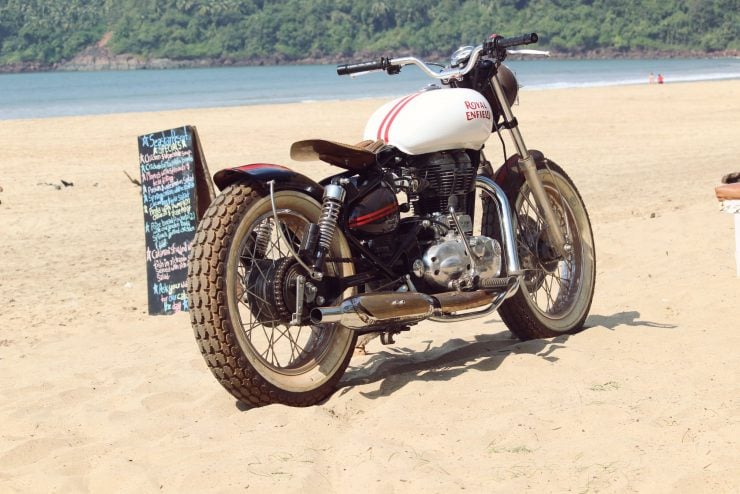