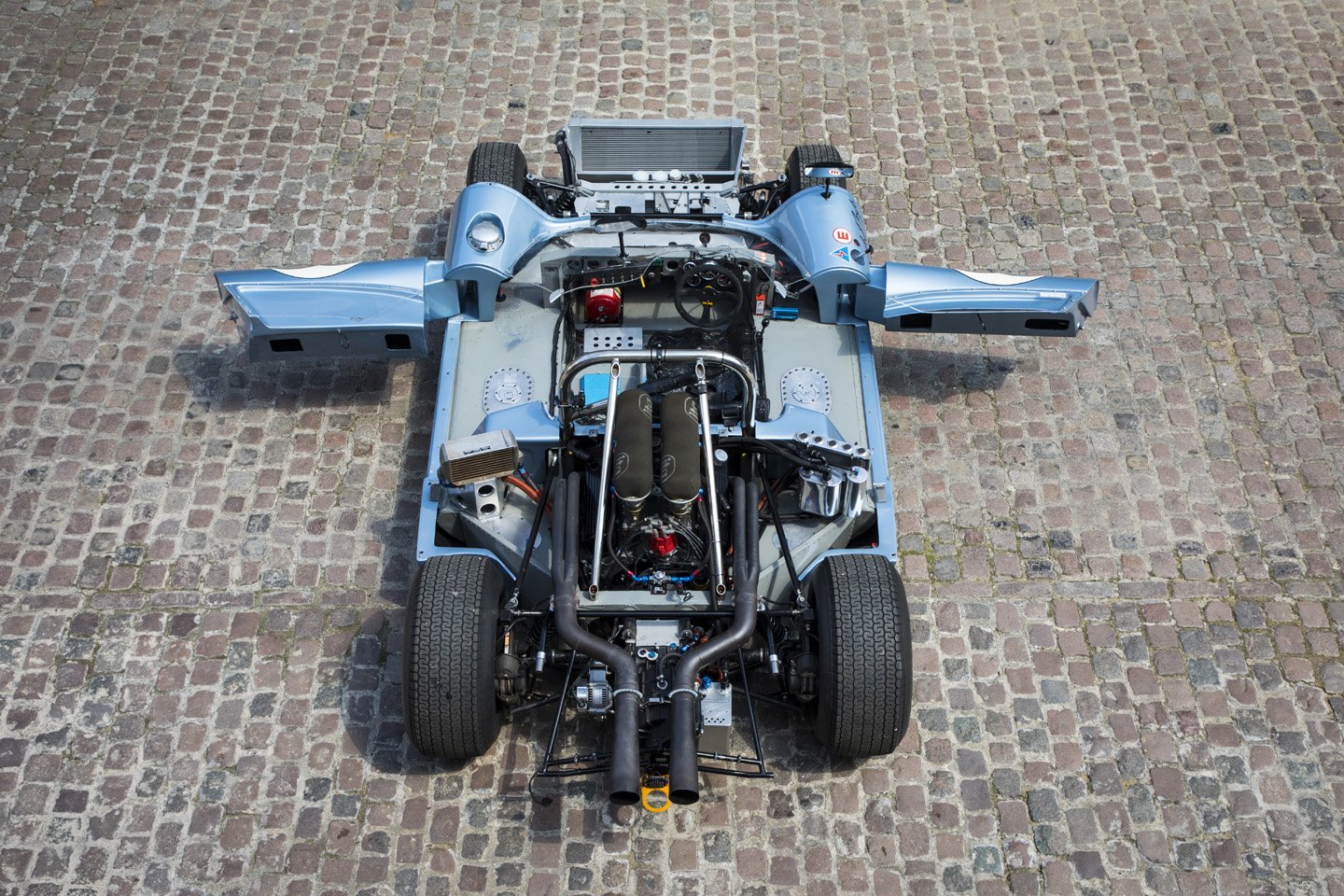 The first Lola T70 was built in 1965 based directly on the lessons learnt at Lola during the development of the Ford GT40 for the Americans. In turn, the GT40 had been largely based on the Lola Mk6, with which it shares more than a passing resemblance.

A Brief History of the Lola T70

The Lola T70 MkI was produced in limited numbers, Lola founder Eric Broadley and racing driver John Surtees used it in competition but it also acted as an unofficial development prototype. That isn’t to say the car wasn’t quick, in fact its first victory came in its first year when American racing driver Walt Hansgen piloted a Lola T70 MkI to a win at the Monterey Grand Prix, at Laguna Seca Raceway in 1965.

The Eric and his team at Lola had been hard at work on the T70 over the off season, unveiling the T70 MkII in 1966. This revised car had a modified aluminum and steel space frame chassis that was 70 lbs lighter than the MkI thanks to increased use of alloy. It also had revised suspension, wider wheels, and a small rear spoiler/lip to reduce lift at speed. 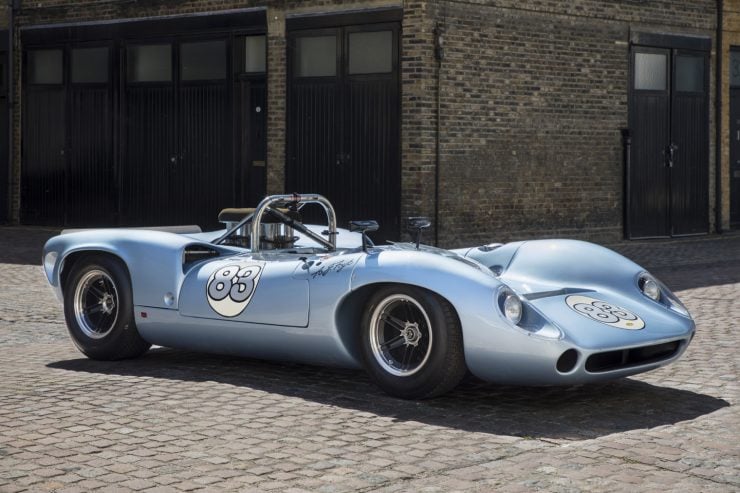 Of the 33 examples built, most were fitted with small block Chevrolet engines which were popular for their reliability even in the difficult conditions presented by endurance racing at Le Mans, Daytona, and elsewhere.

The MkII would be the most successful of the Lola T70 series by quite some margin. John Surtees claimed a dominant championship win in the inaugural 1966 season of the Can-Am Championship – winning 3 of 6 races. Perhaps even more impressively the T70 MkII won 5 of the 6 races, with 2 additional wins coming thanks to Dan Gurney driving for the United States All American Racers, and Mark Donohue driving for United States Roger Penske Racing.

Across the Atlantic in Europe Denny Hulme scored 11 victories in the T70 MkII, and back in the USA the model won the USSRC championship in both 1966 and 1967.

In 1967 the Lola T70 MkIII was introduced with a number of changes, most notably being the fact that it now had a roof. 1969 would see the introduction of the most refined version of the car – the Lola T70 MkIIIB. This final T70 was exceptionally aerodynamic and offered its drivers excellent handling, in fact the biggest single problem it had was the lower grade of pump fuel that had to be used in Europe. This often led to engine failures in Europe whereas most of the major race track successes happened in the US, where cars were permitted to run on far more refined Avgas (aviation gasoline). 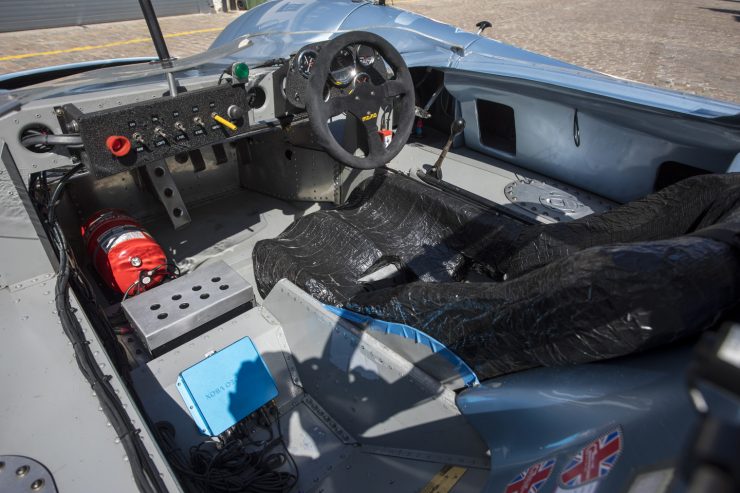 The ’66 T70 MkII you see here is a special example of the 33 original cars that were built – it was delivered new to Goodyear for A.J. Foyt to be entered in the 1966 Can-Am Series​. A.J. Foyt raced it at Riverside and Nassau in 1966, taking the 1st overall finish in the Nassau Classic that year.

The car was retired in 1967 and sold directly to Bob Bondurant who then leased the car to Universal Studios for the filming of “Winning” staring Paul Newman.

The T70 provided such a quick platform that they were used on a number of occasions as camera cars, and during the filming of the movie Le Mans starring Steve McQueen they even dressed a Lola up to look like Porsche 917s and Ferrari 512s. A little while later a Lola T70 would make an appearance in the 1971 film THX 1138 by first time director George Lucas.

The original A.J. Foyt car shown here has been freshly rebuilt and includes new HTP papers, it’s listed as race ready and it’s highly eligible for many major events, including the Goodwood Revival.​

If you’d like to read more about the car or enquire after buying it, you can click here to visit its listing on Fiskens. 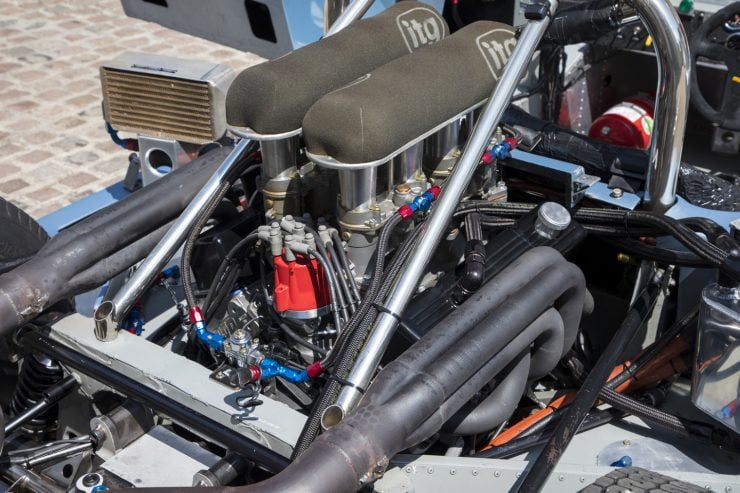 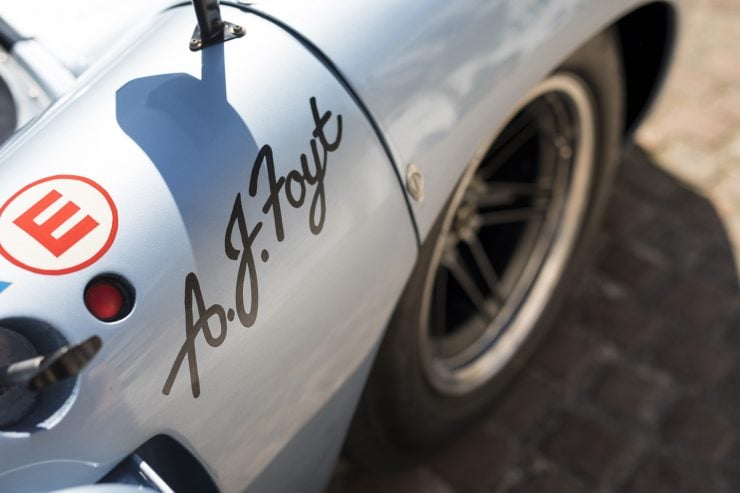 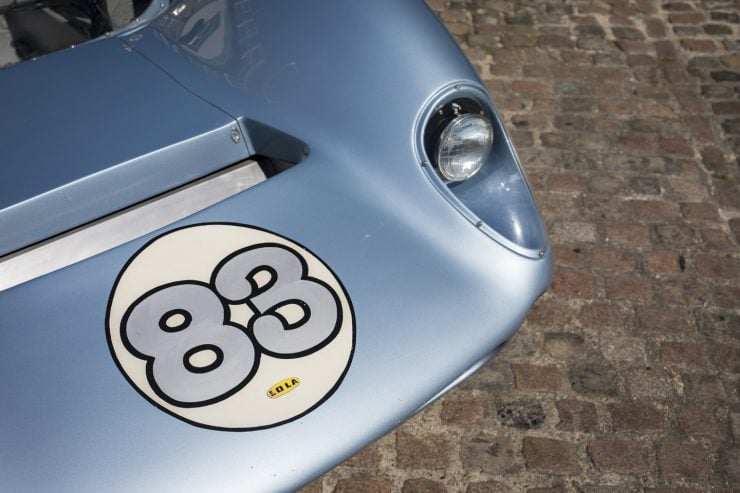 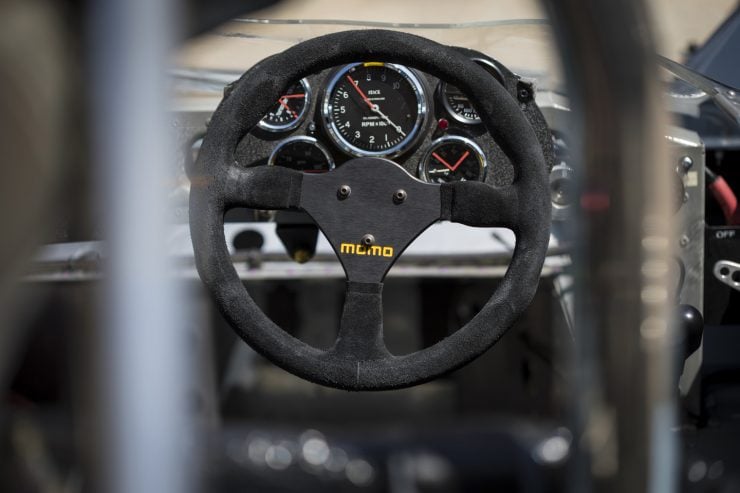 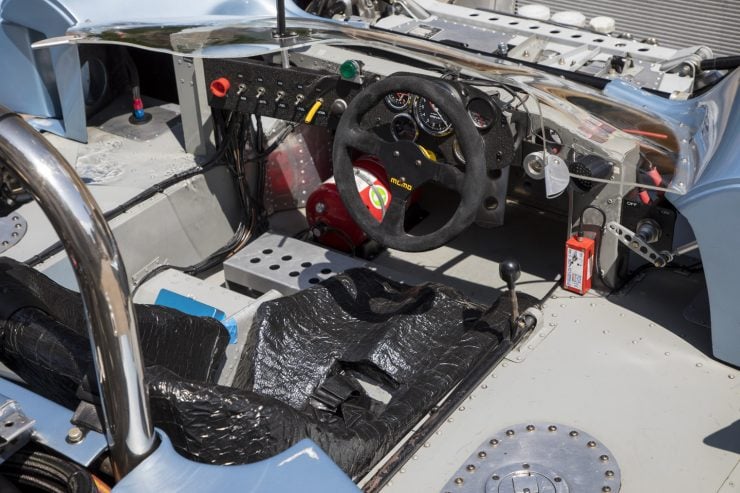 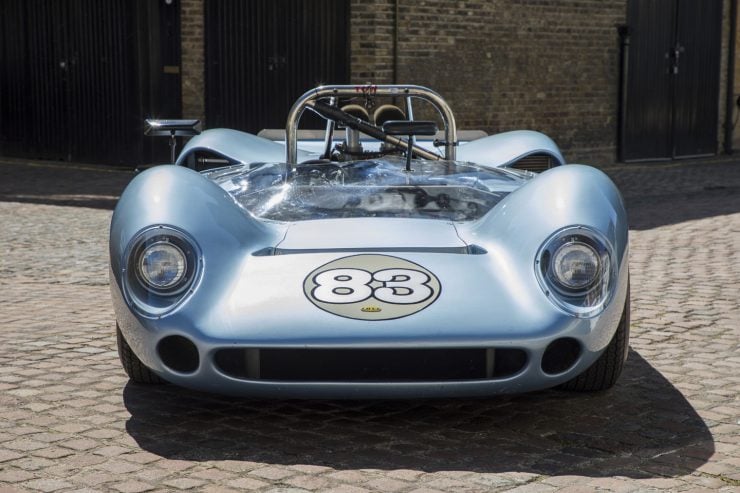 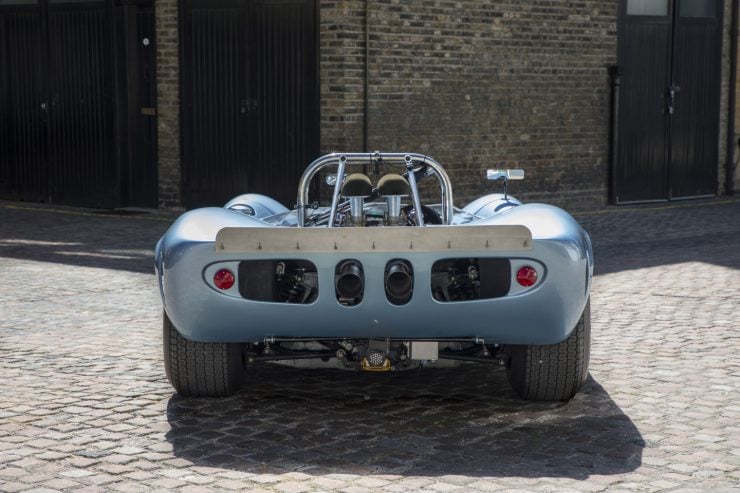 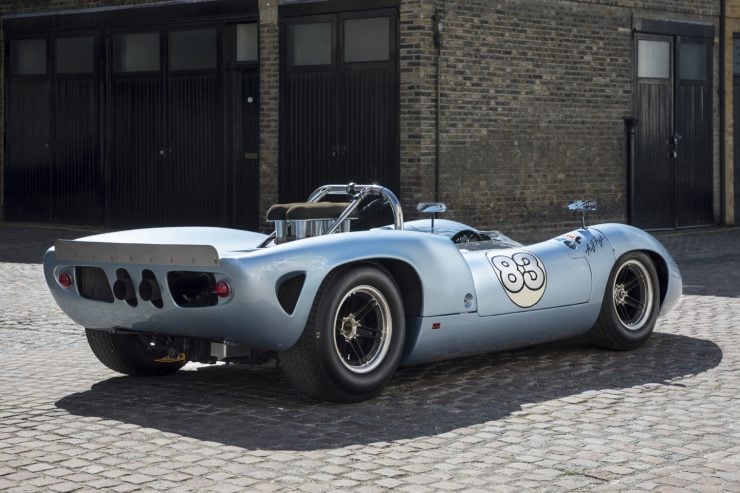 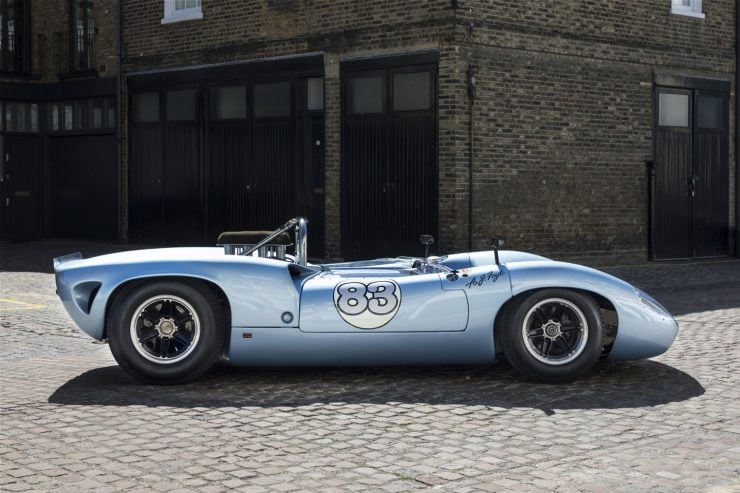