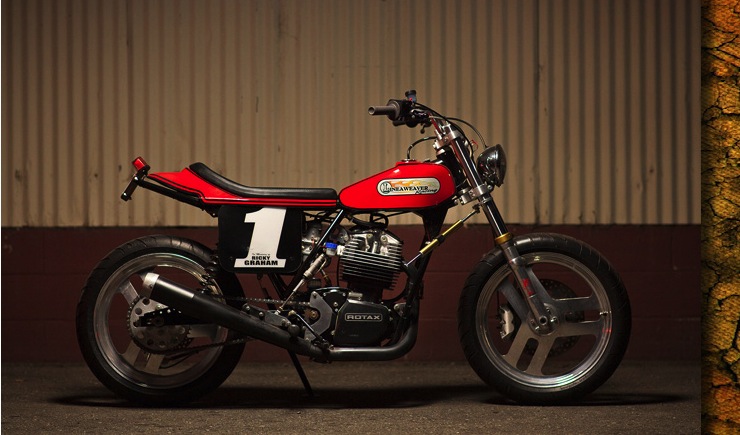 This flat track bike by Lineaweaver is a one-off design created as a tribute to famous AMA Grand National Champion, Ricky Graham. It was built by Lineaweaver Racing and despite it’s looks, it is actually road legal for all 50 US States. It’s perhaps not entirely suitable as a daily rider though.

The Lineaweaver Flat Tracker is powered by a Rotax 600cc Super Single said to produce 80hp at around 4000rpm, the engine has been fitted with a special piston and cams for higher flow and more power at the crank than stock, it’s also fitted with a custom, race spec exhaust and a 41mm flat side Keihin carburettor.

The bike was commissioned by Andy Mill, the world-renowned World Cup downhill skier and he’s listed as the only owner of the bike since it rolled out of the Lineaweaver workshop, the engine has seen only 20 hours of life in it’s lifespan, making it essentially new and meaning that it’s just about worn-in.

It isn’t fitted with an electric starter so you’ll either need a strong right leg or a house at the top of a hill if you fancy bidding on the eBay auction, the current bid is $6,100 with the reserve not met so if you’ve been stomping around the web looking for a retro racer that’ll embarrass any hypermotard you throw at it, this might be your new white-knuckler. 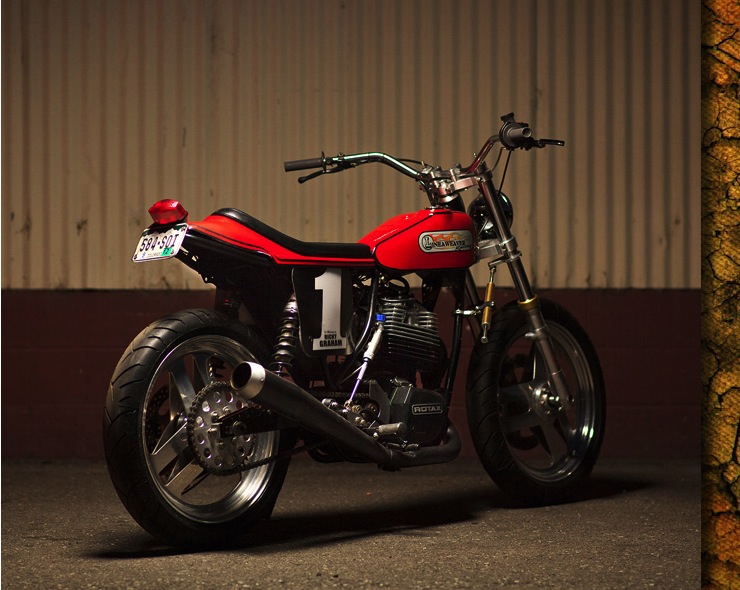 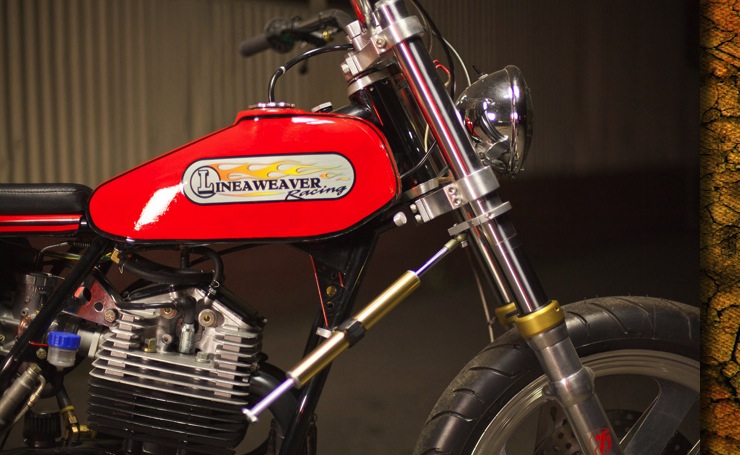 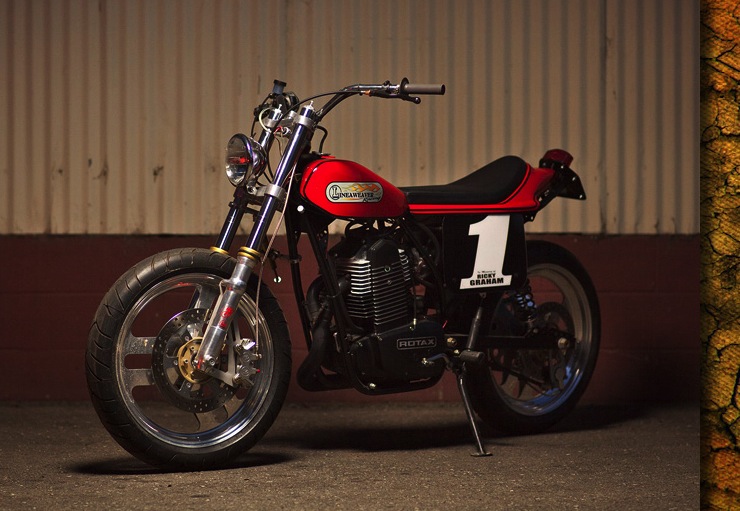