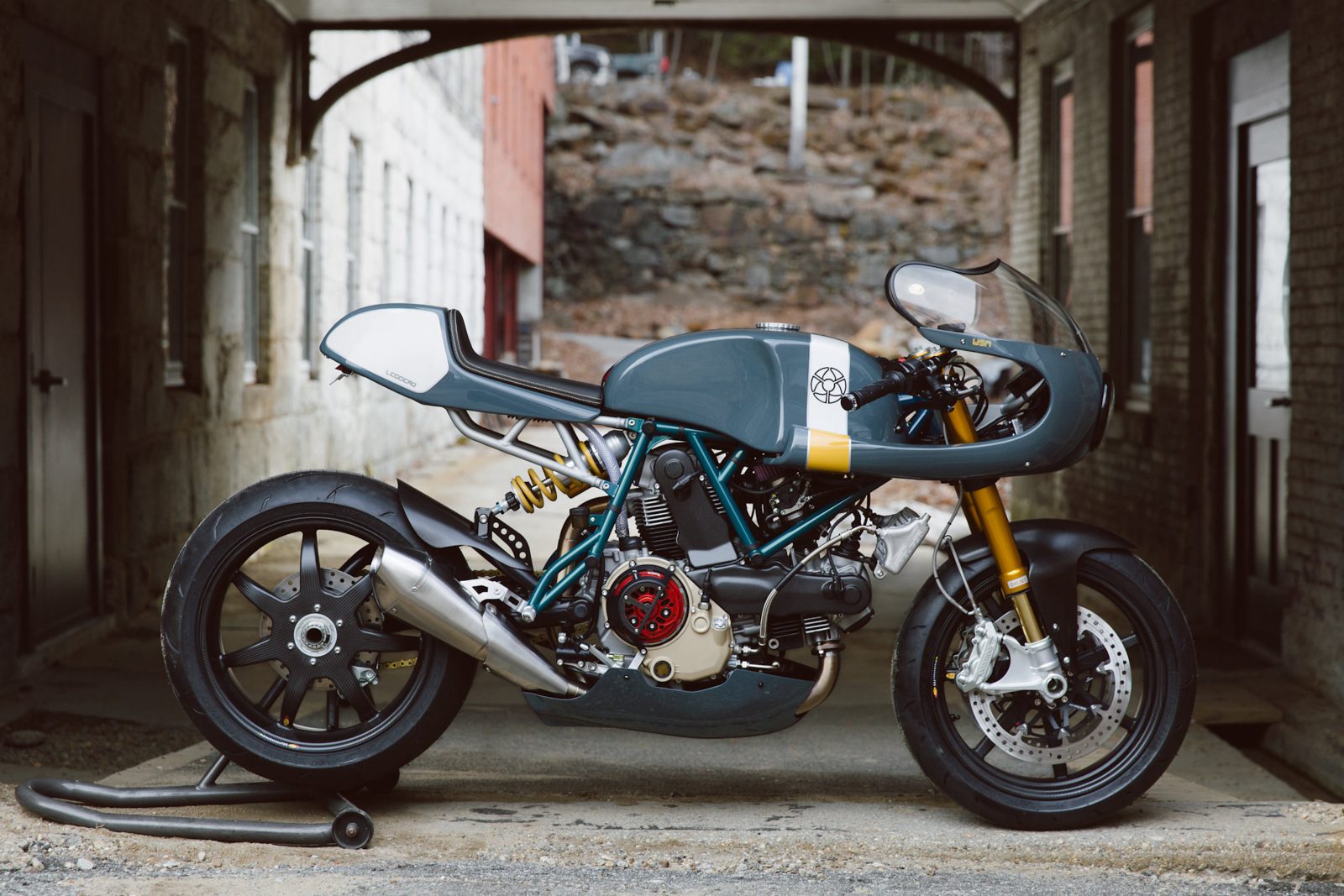 Walt Siegl is the man many modern custom motorcycle builders pointed to as a primary source of inspiration, he’s been building world class bikes since the ’80s – when he was based out of a friend’s basement in Long Island City.

Walt left art school at the age of 19 and found work in a train yard in France, over the course of the next few years the young Austrian was trained up as a toolmaker, and worked in this capacity in Germany and Italy.

It was whilst working at an Austrian steel company that he was transferred to Moscow – where he joined the Austrian Foreign Service. He was so adept at his new career that he was given a coveted transfer to New York in 1985 to promote contemporary Austrian art and culture for the Austrian Ministry of Foreign Affairs.

Decades after first arriving he left New York in 2007 to move with his family to a picturesque old mill town in southern New Hampshire, and he began building motorcycles as a full time business. His Leggero series of production Ducati-based motorcycles are now in demand around the world – with 21 having been delivered to customers from Australia, America, France, Canada, and further afield. 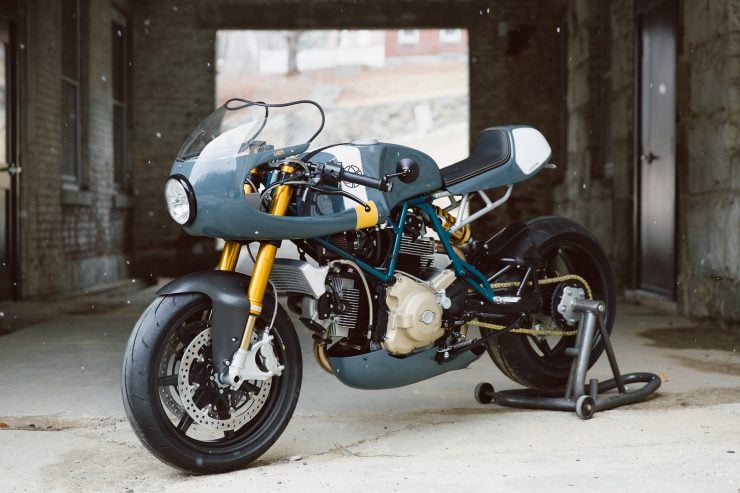 The Story of the Walt Siegl Leggero

The Leggero is perhaps the best-known Ducati that isn’t built by Ducati. The chromoly steel trellis frame is cut and welded by Walt in his workshop, the completed frame weighs in at just 15 lbs. The body work is also made in-house by Walt from Kevlar, using a design he developed to be both aerodynamic and to evoke some of the styling queues of the iconic racing Ducatis from years gone by.

Each Leggero is fitted with a Ducati Desmodromic two-valve L-twin that’s been blueprinted and rebuilt by Bruce Meyers Performance, with either Keihins FCR carburettors or fuel injection systems. These engines will never produce the same power as a modern Ducati engine, but that’s not their purpose. They’re built to give the rider a direct connection from their right wrist to their rear tire – there are no traction control systems, no ride by wire, no ABS, and no rain mode.

The bike you see here is the most recent Leggero to roll out of Walt’s workshop. It was built for a man named Mike, described by Walt as an industrial designer and the owner of a top notch American motorcycle company.

Mike chose to opt for upgrades, including fully adjustable Öhlins suspension front and back, specially built for the bike’s relatively light kerb weight of 305 lbs. He also opted for carbon fiber BST wheels, a lightweight aluminium subframe (1.3 lbs), an aluminium trellis swing arm (an original designed by Pierre Terblanche), and ported and polished heads to further improve engine output. This is actually his second Leggero – testament to just how addictive these bikes are. 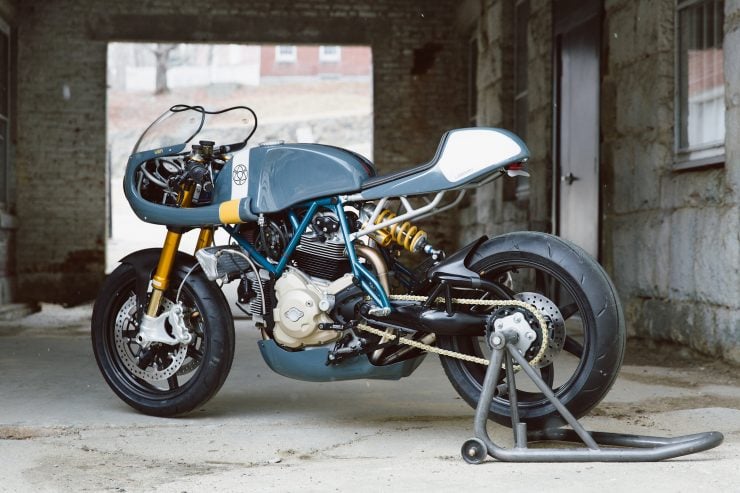 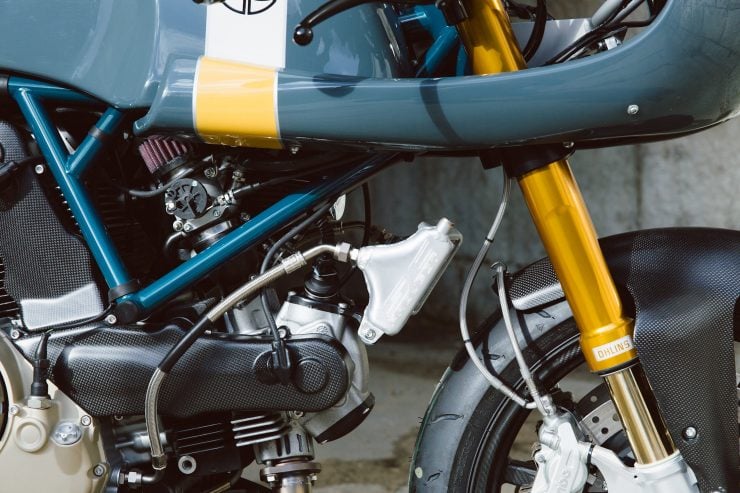 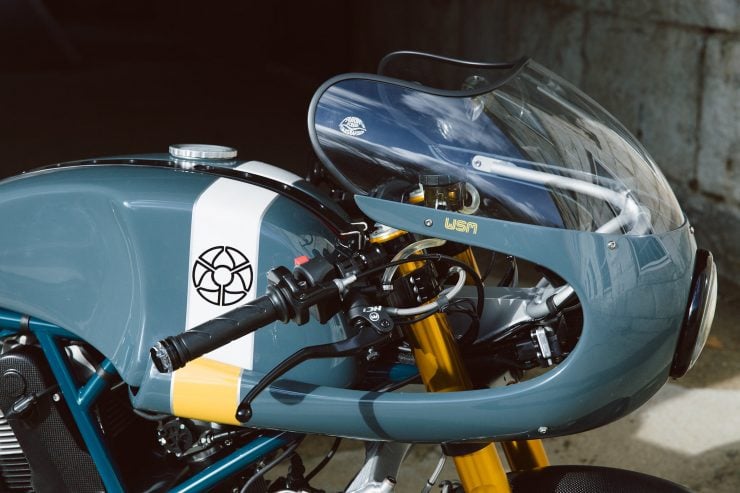 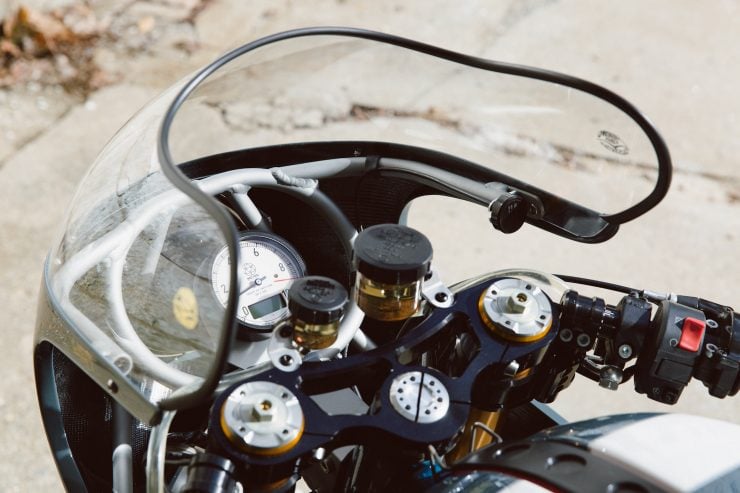 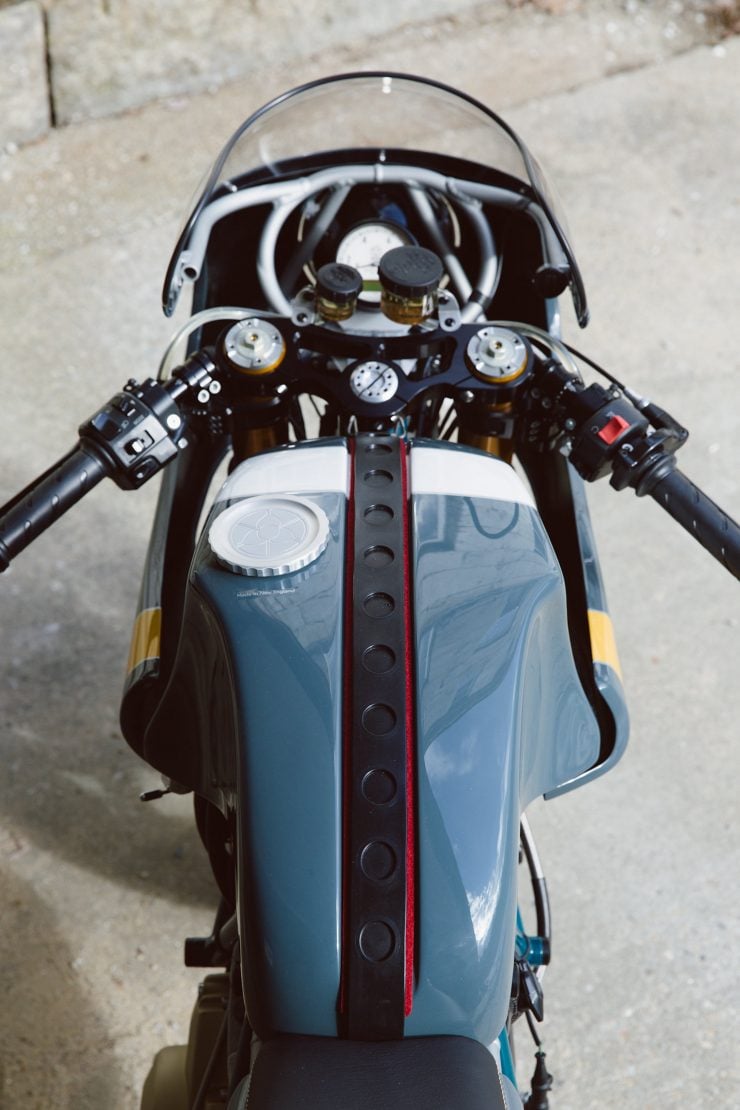 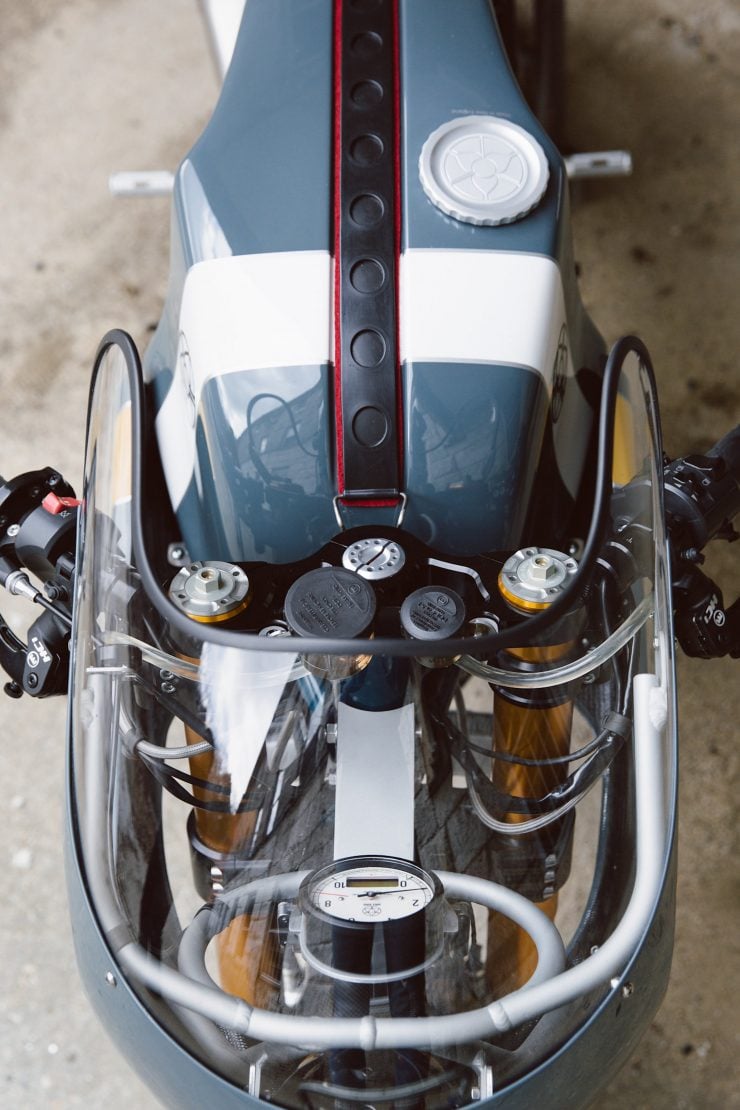 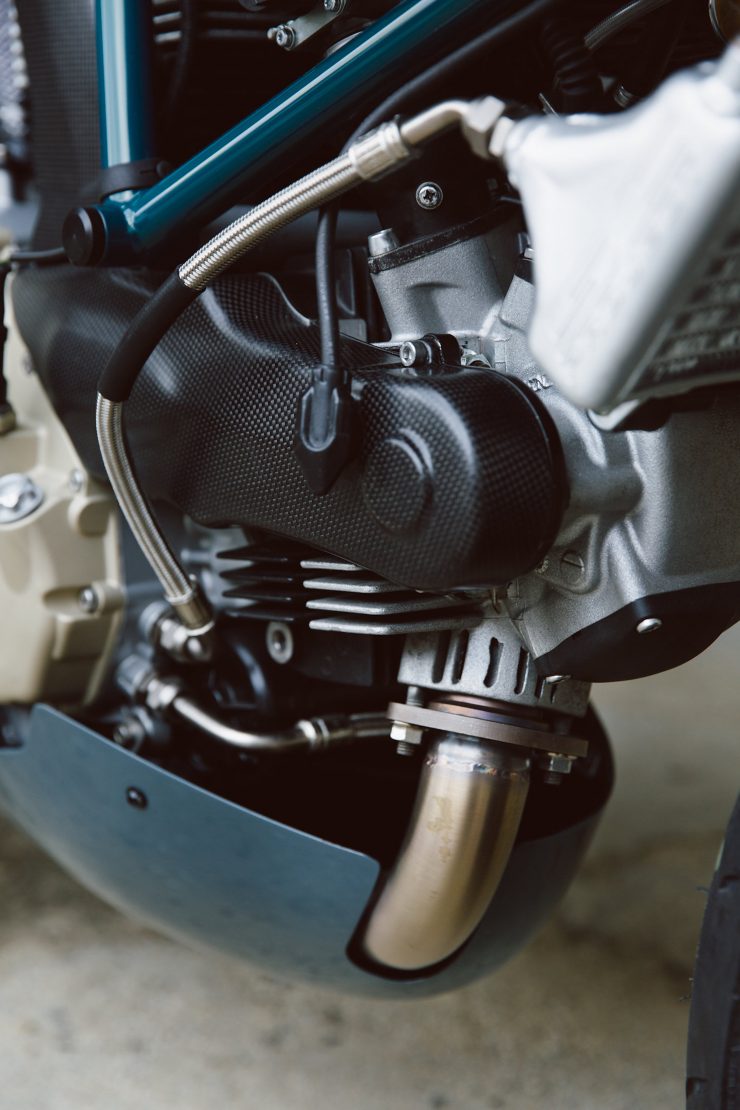 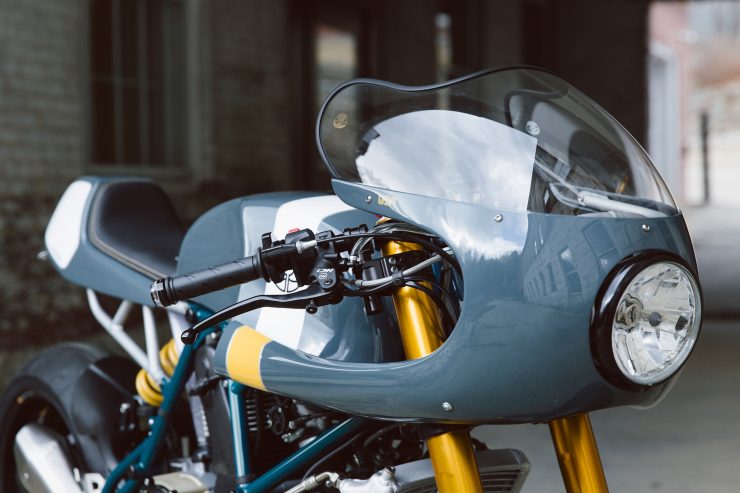 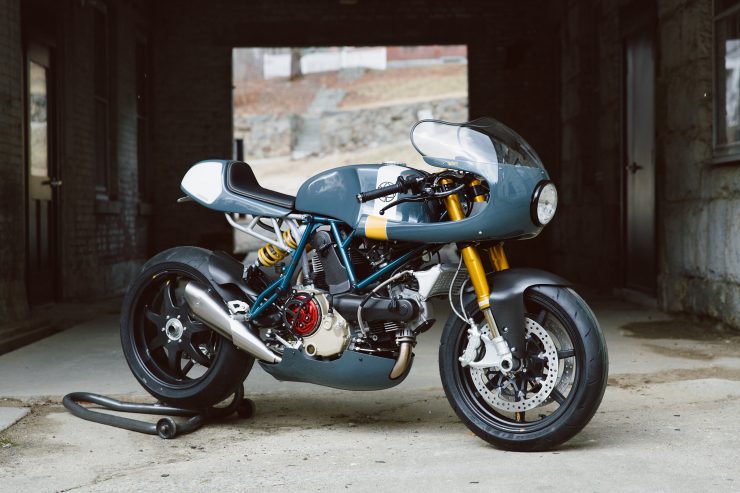 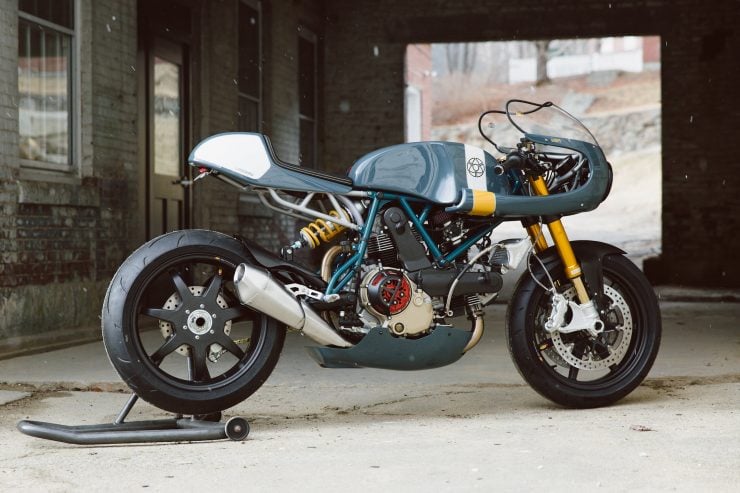 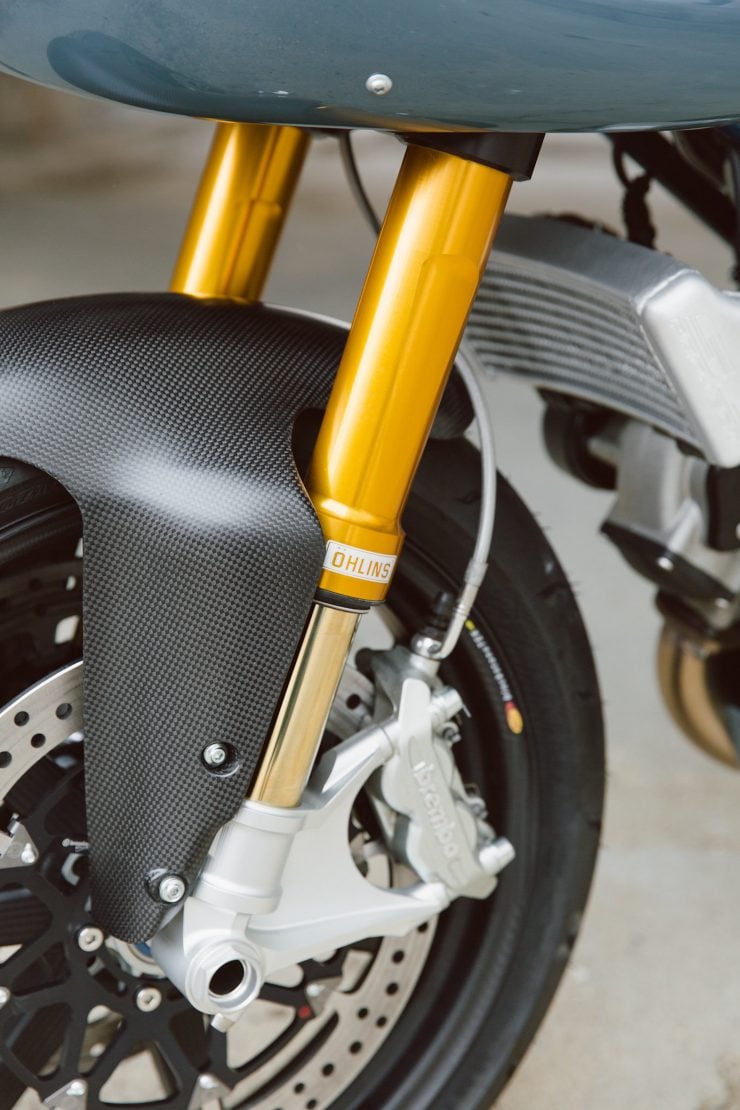 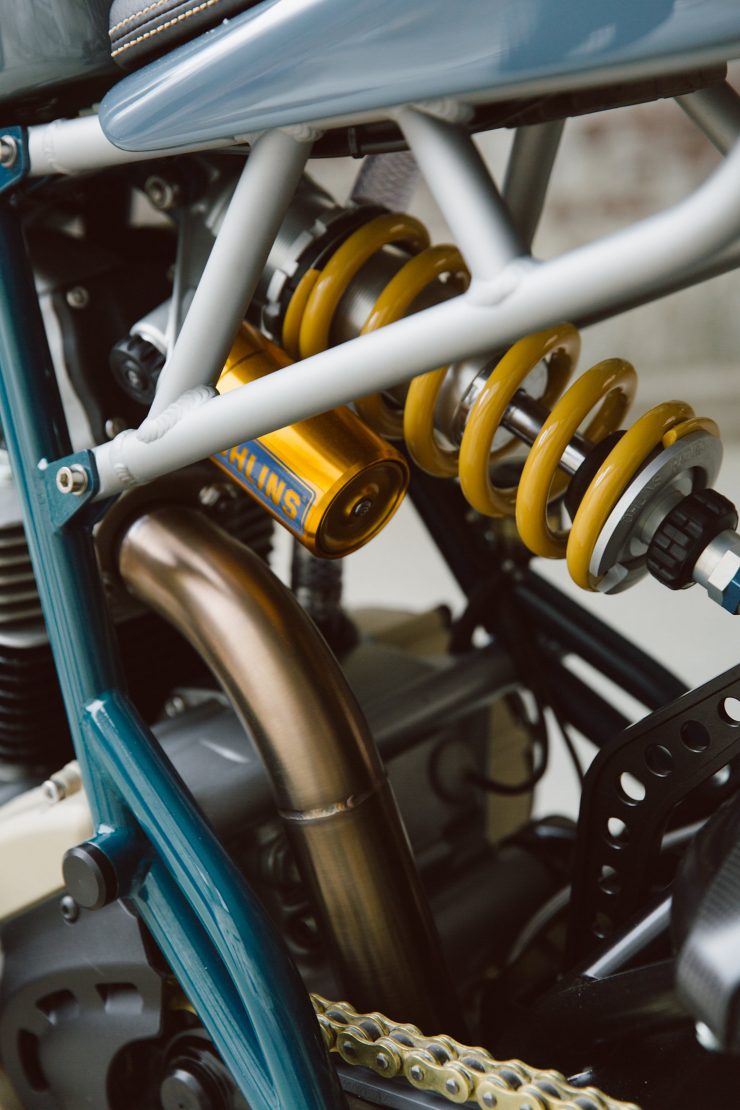 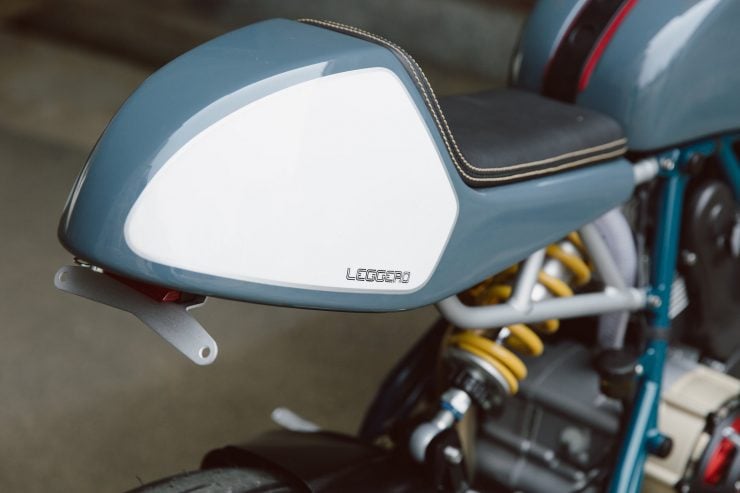 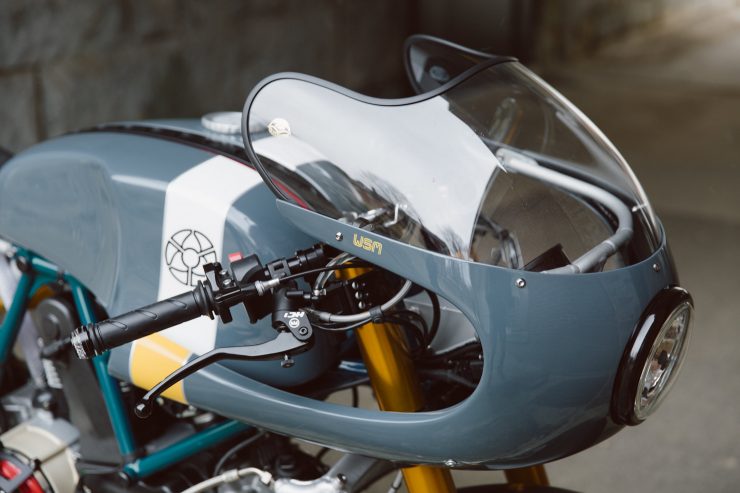 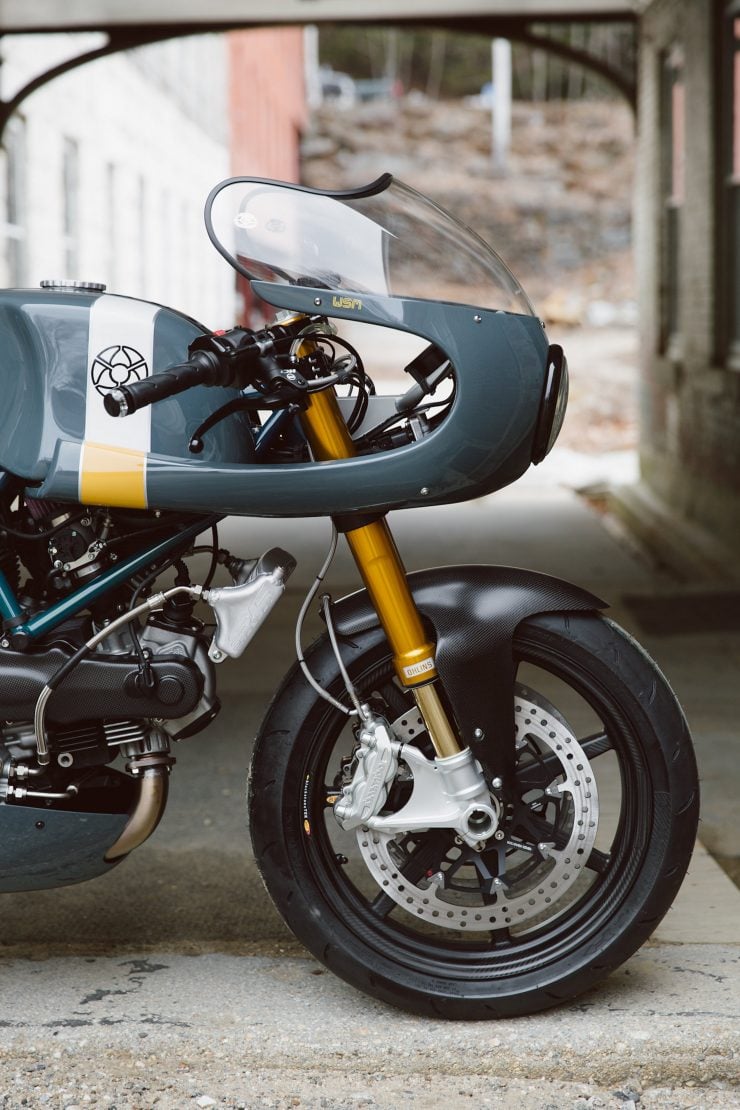 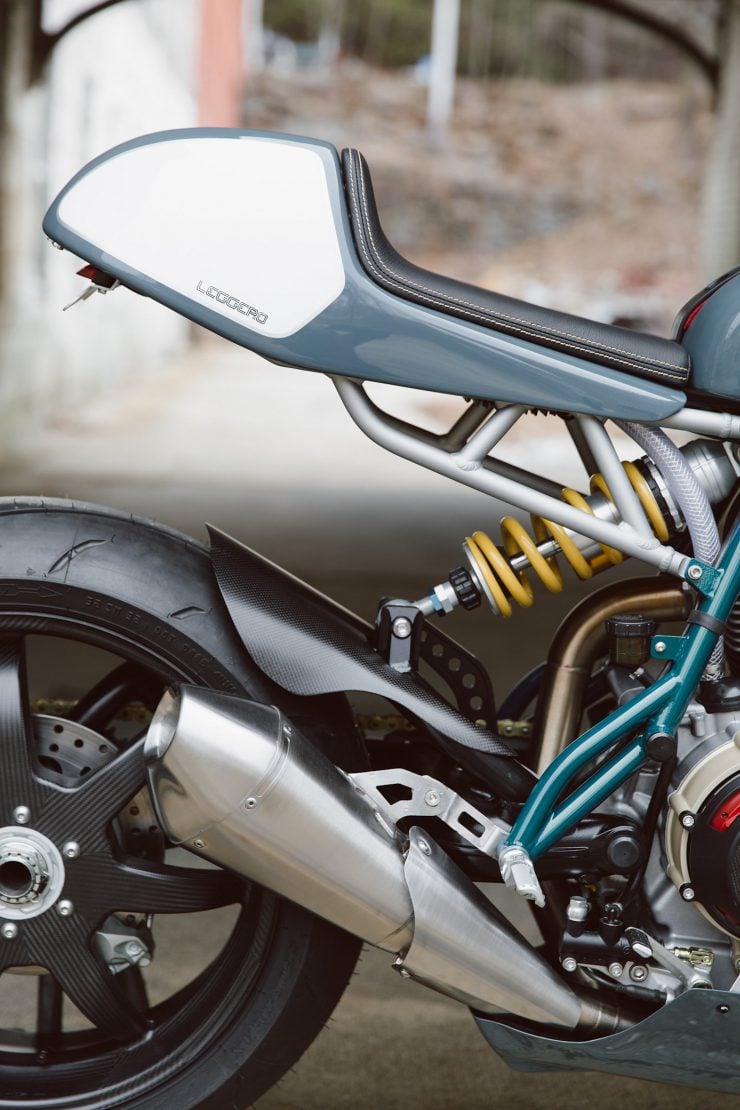 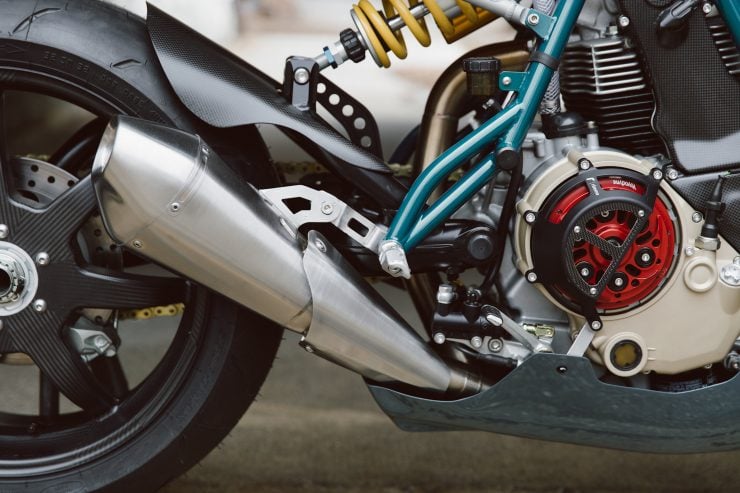 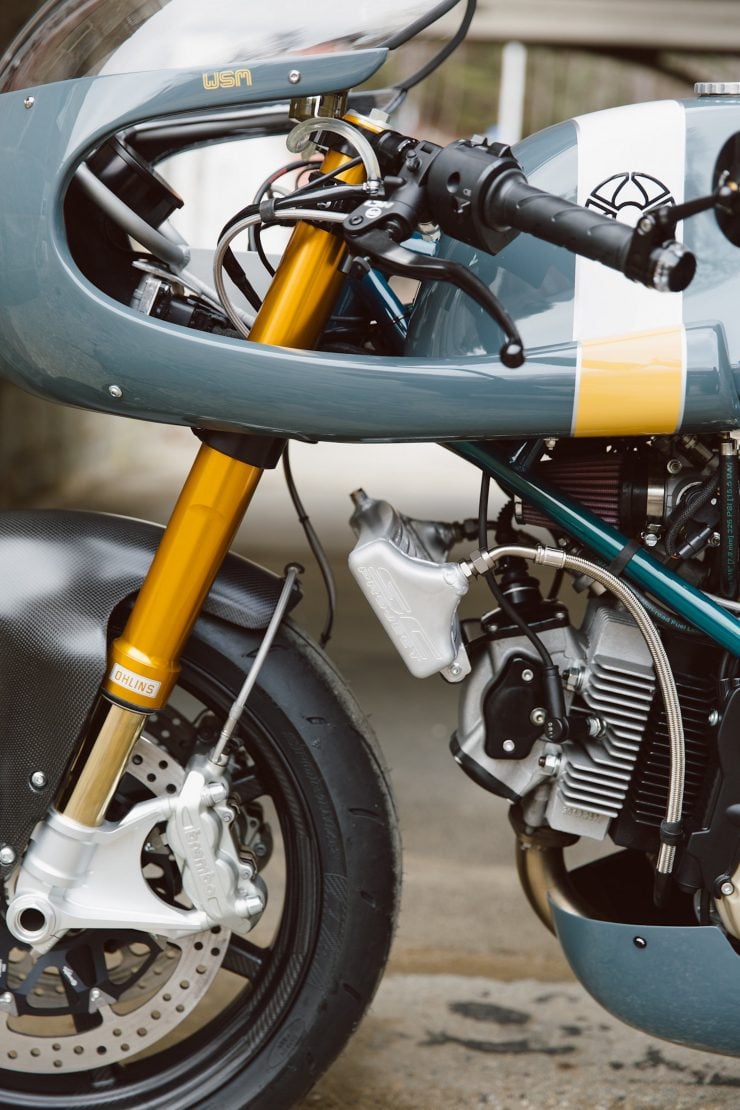 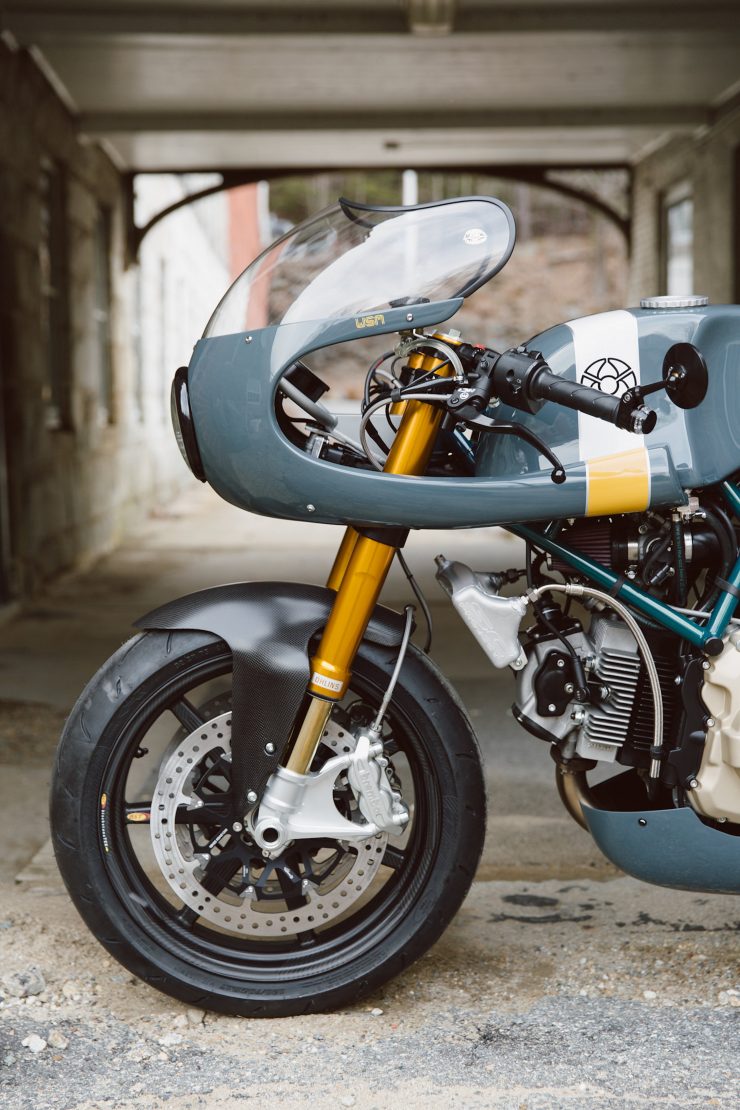 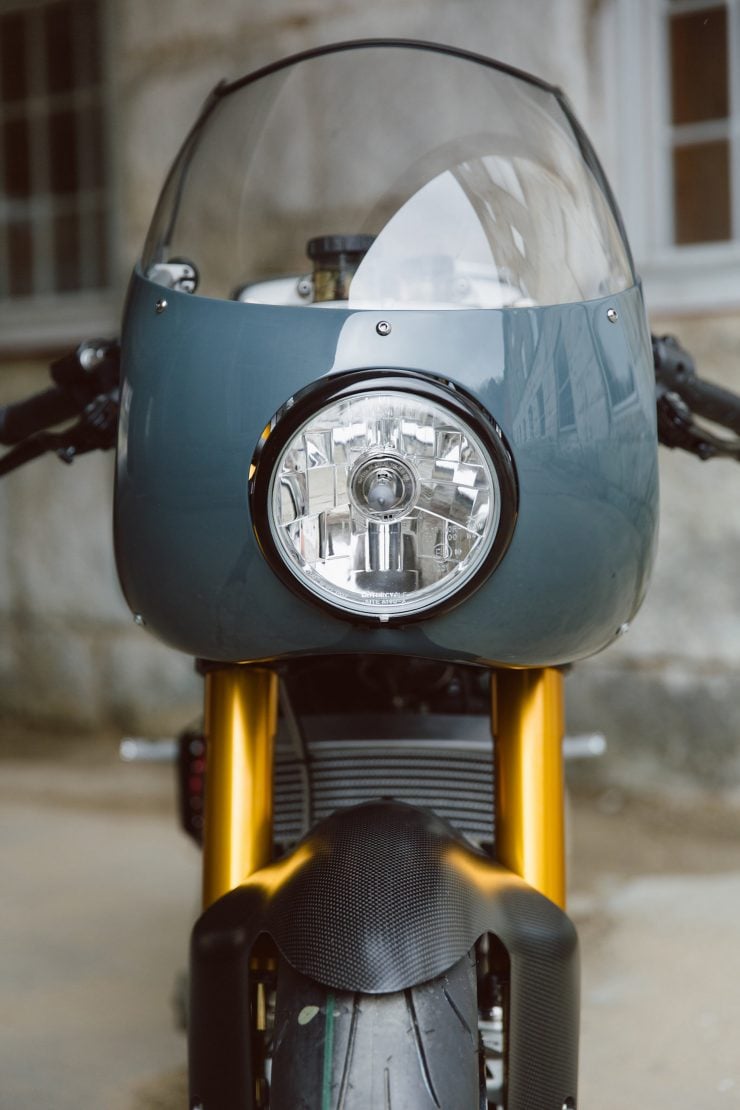 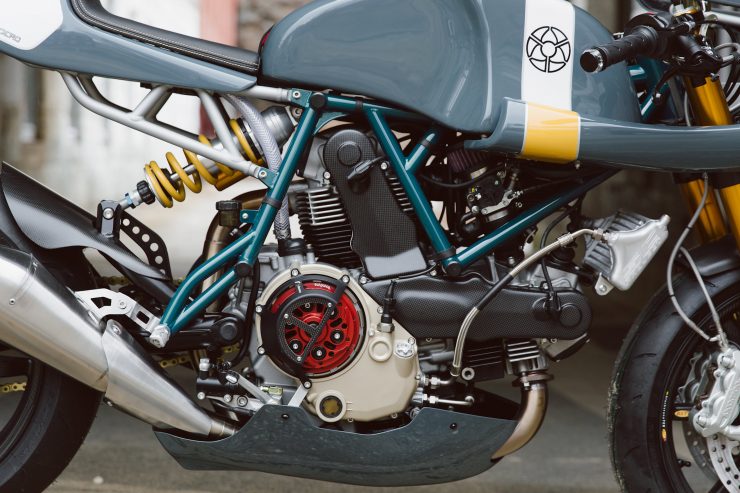 All images by Daniela Maria