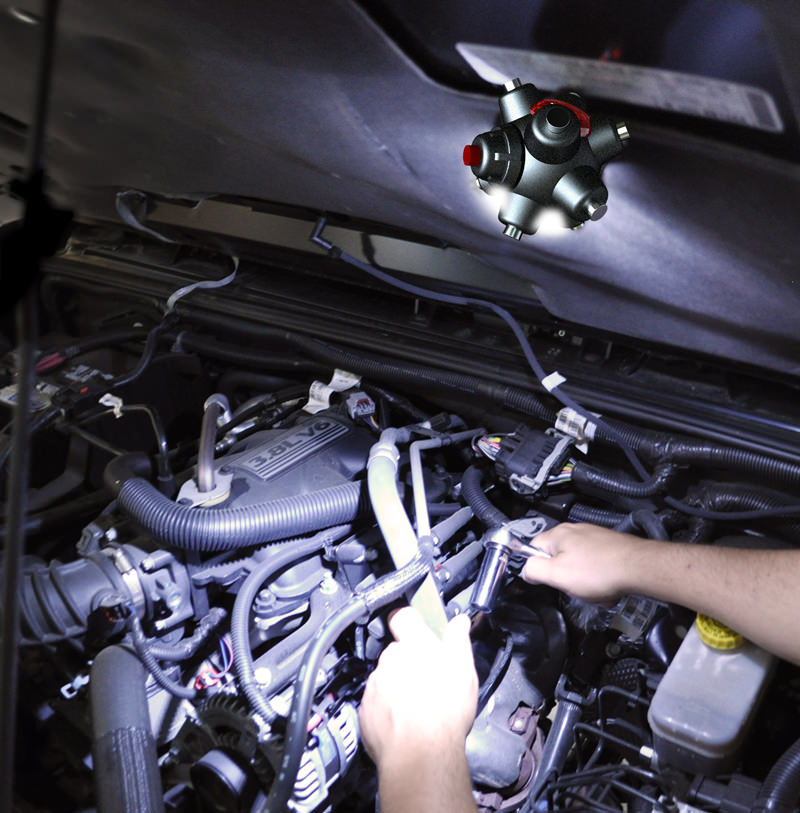 When it comes to illuminating difficult spaces like engine bays, trunks, fuse boxes and car underbellies we’ve adapted to using the less than perfect flashlight-in-the-mouth approach, the creative team over at Striker decided to see if they could fix this age old problem and this LED Light Mine is their rather clever solution.

The light mine uses 11 neodymium magnets which allow you to position the light and aim it with 360 degrees of freedom, it has 16 high-output, wide-angle light emitting diodes and can be set to low power spotlight, high output floodlight, red night vision, and a blinking red signal. 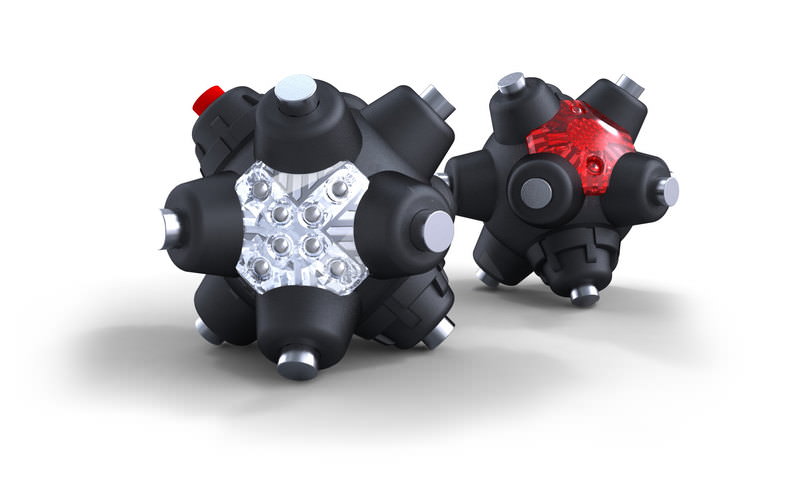