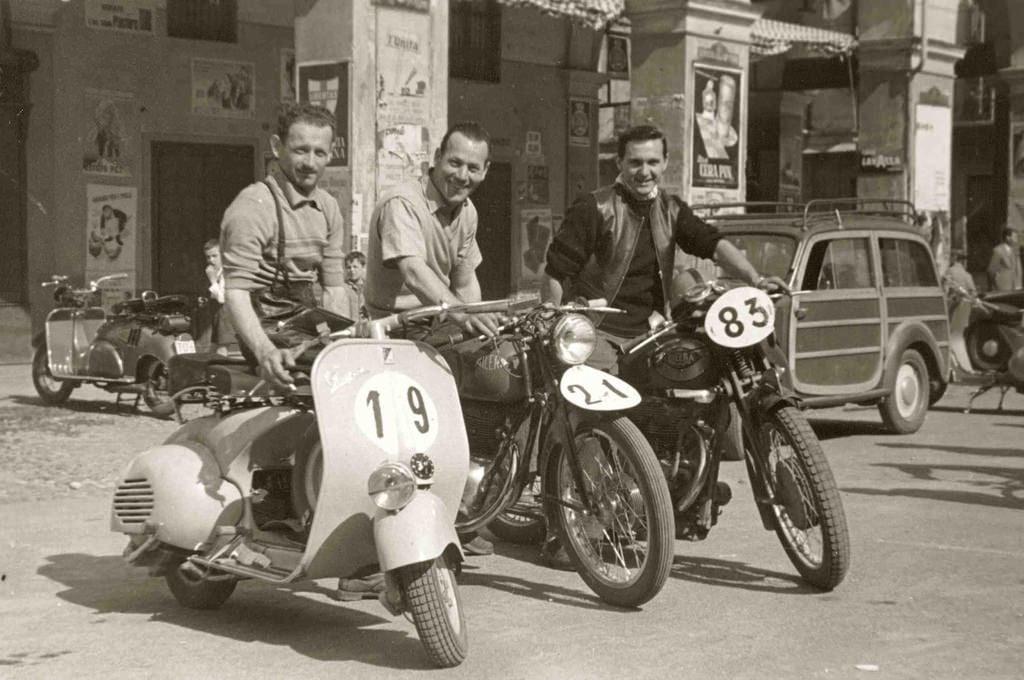 Racing Vespas might seem like an odd thing to do on the weekend but I can see the appeal, anyone who’s been on a beach vacation and rented scooters with friends has invariably ended up racing them and will attest to how much fun it can be. That said, I’m not sure how well the man on the Veapa would fare against those two Gileras.