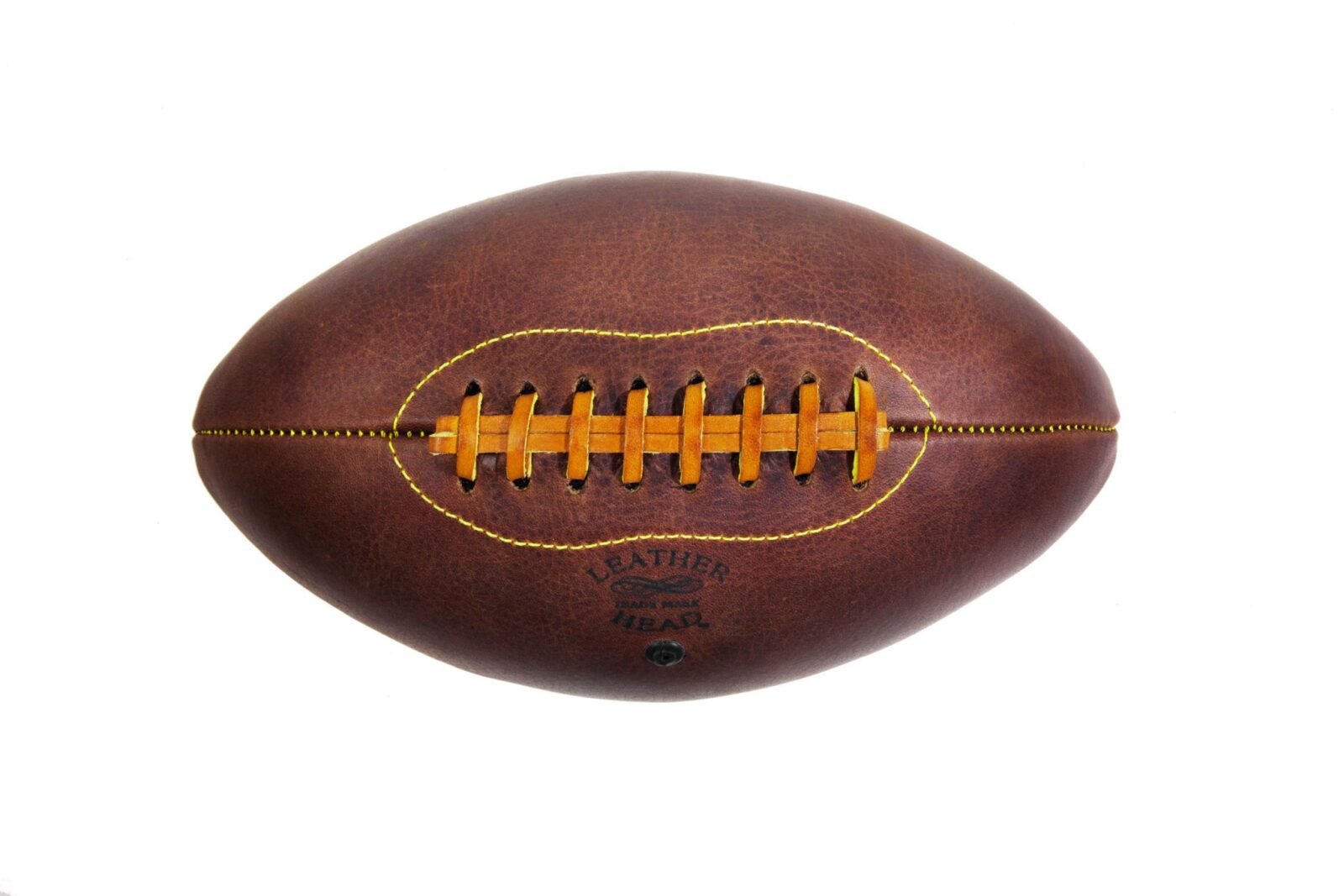 The Leather Head Handmade Football is an heirloom quality American football designed to be used by multiple generations of backyard family quarterbacks.

Each one is made from rawhide leather and stitched with long-lasting nylon string. The laces are also rawhide, and the internal bladder is made from butyl rubber. They’re individually made to order in Glen Rock, New Jersey and they weigh in at 14 ounces.