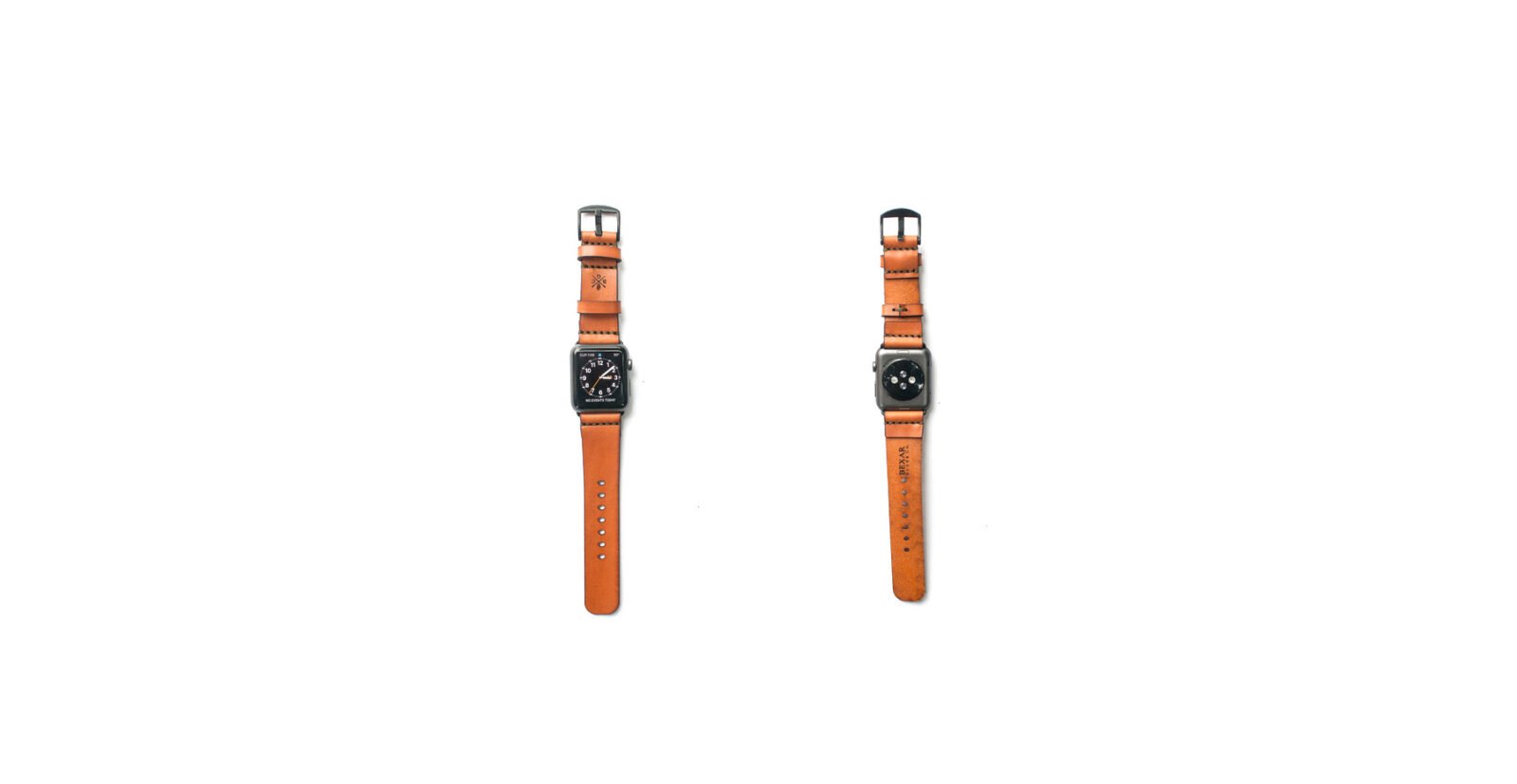 The new Apple Watch Strap by Bexar Goods Co. is a significantly more appealing method of keeping the new iWatch clasped to your wrist than the straps currently offered by Apple – unless you’re partial to brightly coloured plastic.

Each of these straps are made from 4 ounce American Bridle leather, and they come with the clasp in your choice of space grey, aluminium, or stainless steel – to match the finish on your watch. The straps are saddle stitched using poly-blend cord for longevity, and they measure in at 250mm long with the 42mm version of the watch fitted. 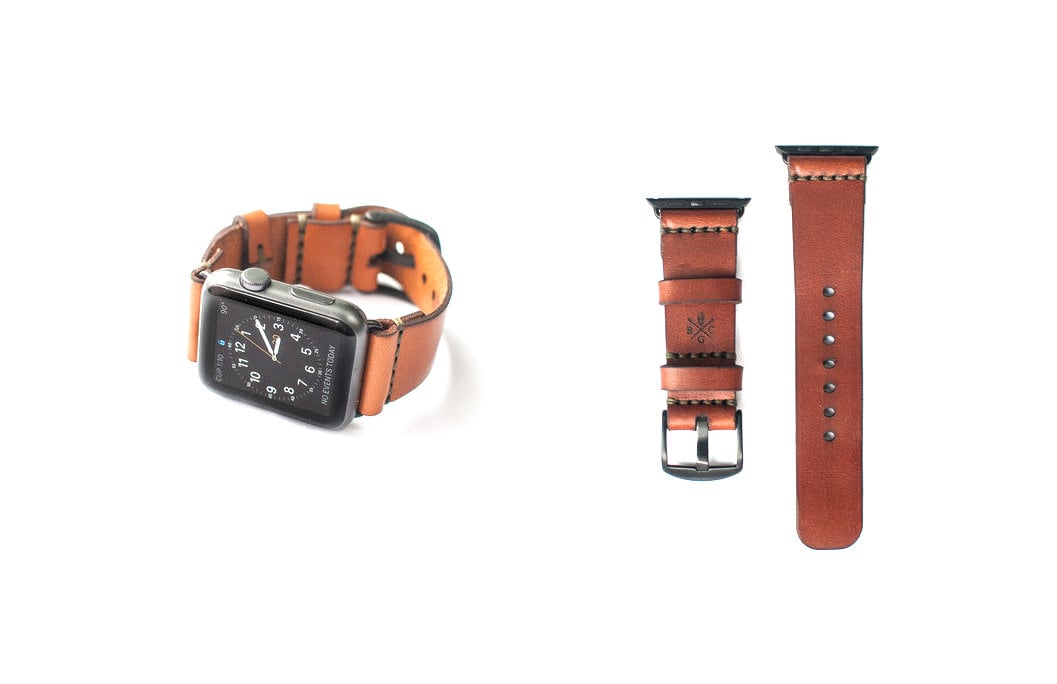 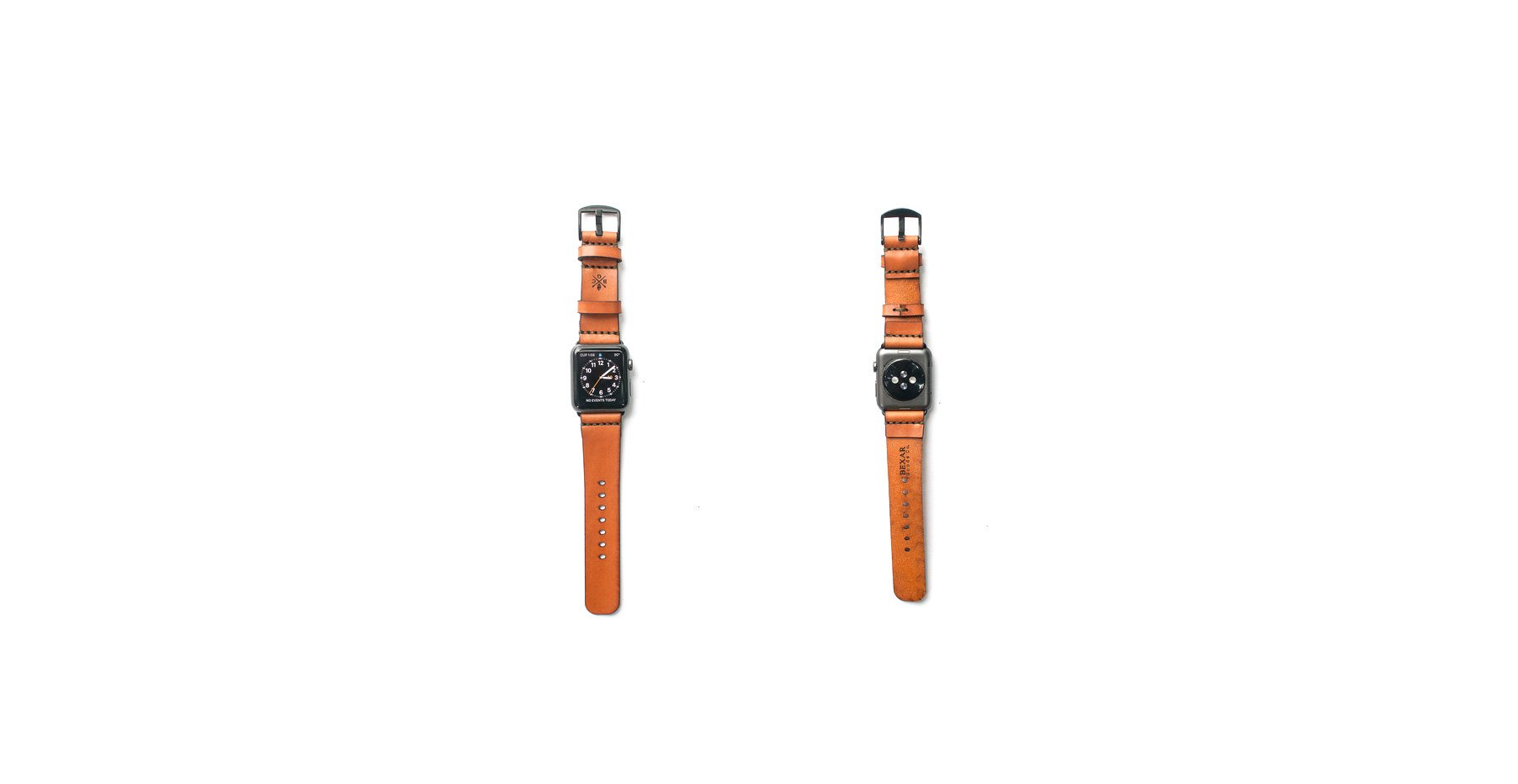