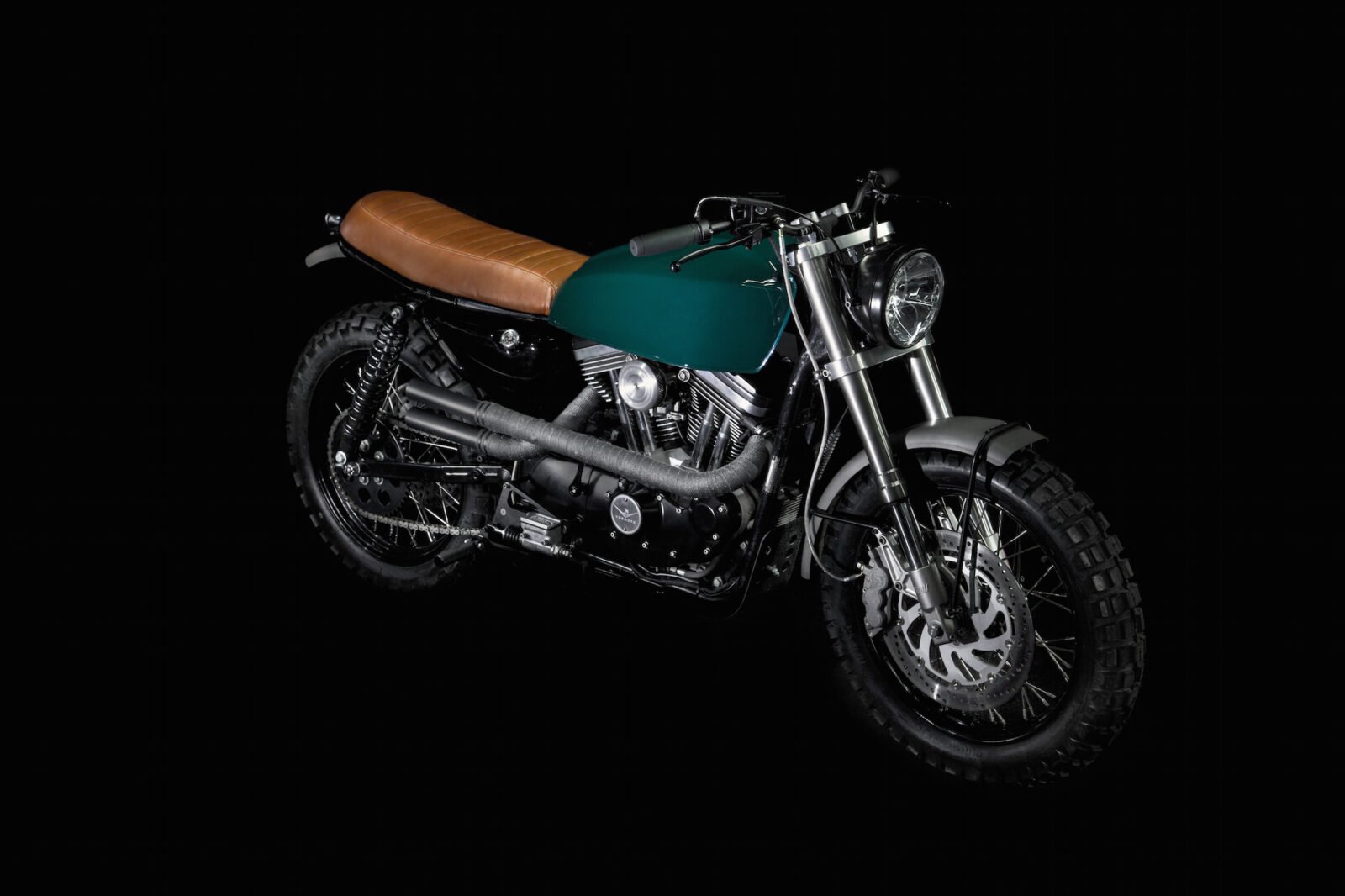 The Harley-Davidson Sportster is the longest running model in the Milwaukee-based marque’s history, it was first introduced in 1957 but its predecessor (the Model K) was on the market 5 years earlier. Since its inception, the Sportster has been characterised by its relative light weight (compared to other Harley models), low cost and accessibility to new riders.

These character traits have also made the Sportster one of the most popular models with custom bike builders – for very little money they can get their hands on a torque-monster V-twin with a solid frame and a veritable mountain of cheap parts. What is perhaps surprising about the model is how reticent the management at Harley-Davidson have been to release more sport oriented versions of it, we’ve seen a plethora of beautiful cafe racers, street trackers and scramblers based on the bones of the Sportster – but there’s been no indication that Harley have considered releasing some non-bobber customs based on the model themselves.

It’s probably a good thing then that custom motorcycle garages like VDB Moto exist, to show us what could be sitting in Hog showrooms, and hopefully will be once they realise that the non-chopper/bobber custom scene is here to stay.

VDB Moto is based in New York, and they’ve developed a reputation for creating some of the more rideable and less ostentatious customs we’ve seen in recent memory. This scrambler is an excellent example of their modus operandi, it’s been stripped back and improved upon, then bolted back together with attention to detail.

The most labour intensive part of the build was the conversion of the original forks to upside down Showa forks, which required a new billet aluminium triple tree. The subframe has also been cropped and capped off with a custom leather seat, the original fuel tank made way for a classic ’70s Honda tank and a pair of chunky Continental TKC 80 tires were fitted front and back under custom fenders.

The completed bike is a great example of what can be achieved when using a Sportster as a base, if you’d like to read about it in more detail you can click here to visit VDB Moto. 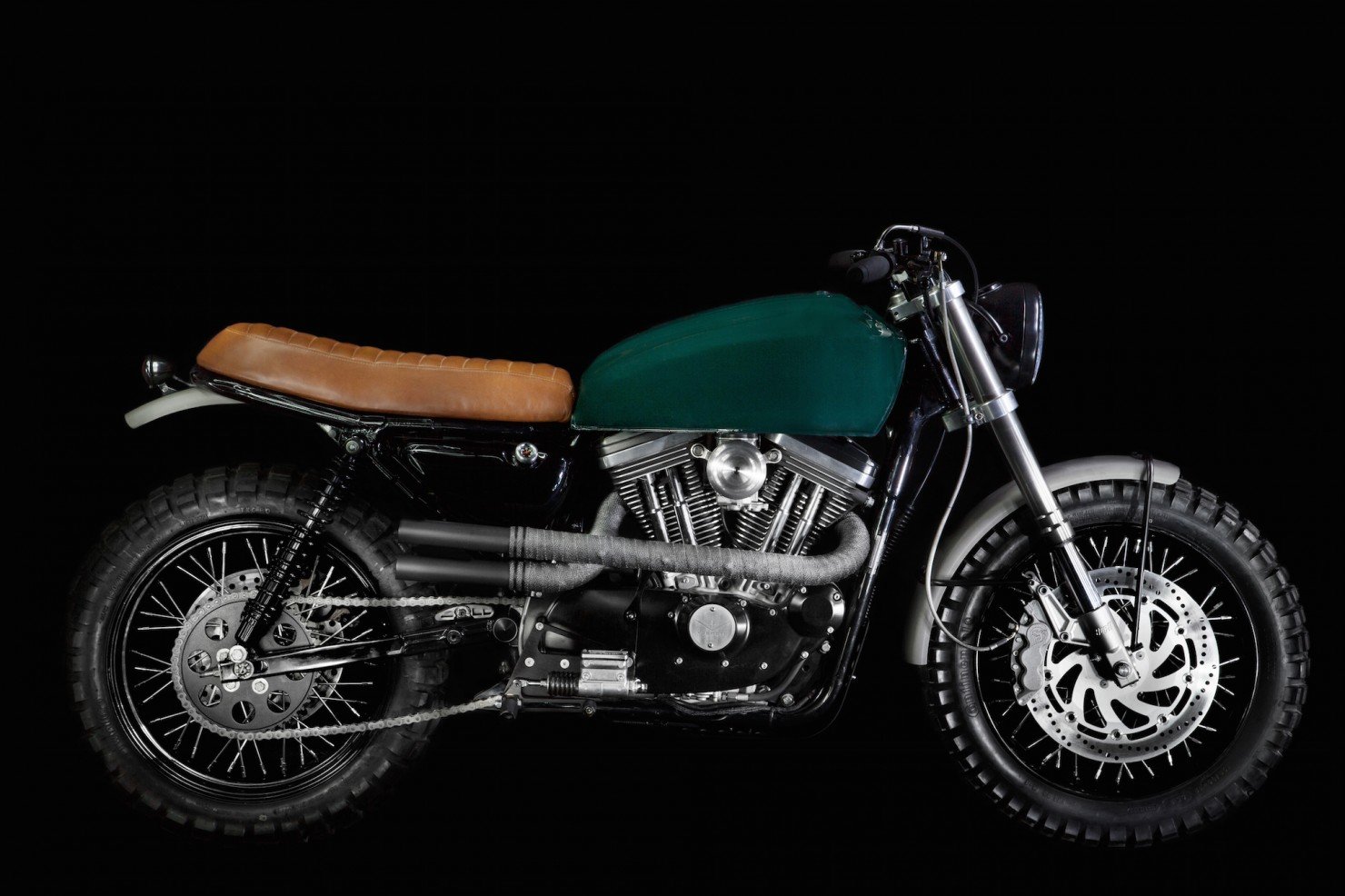 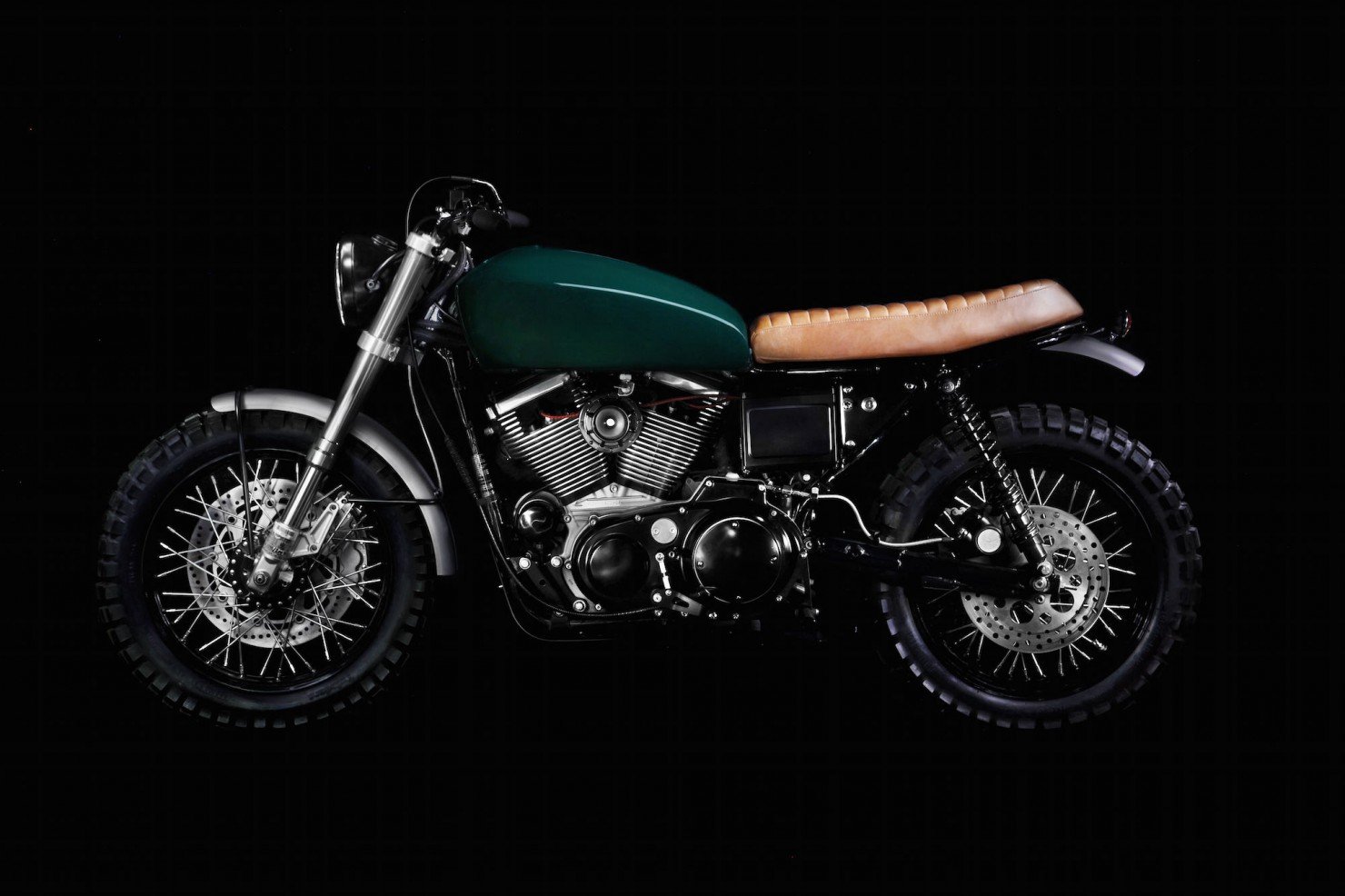 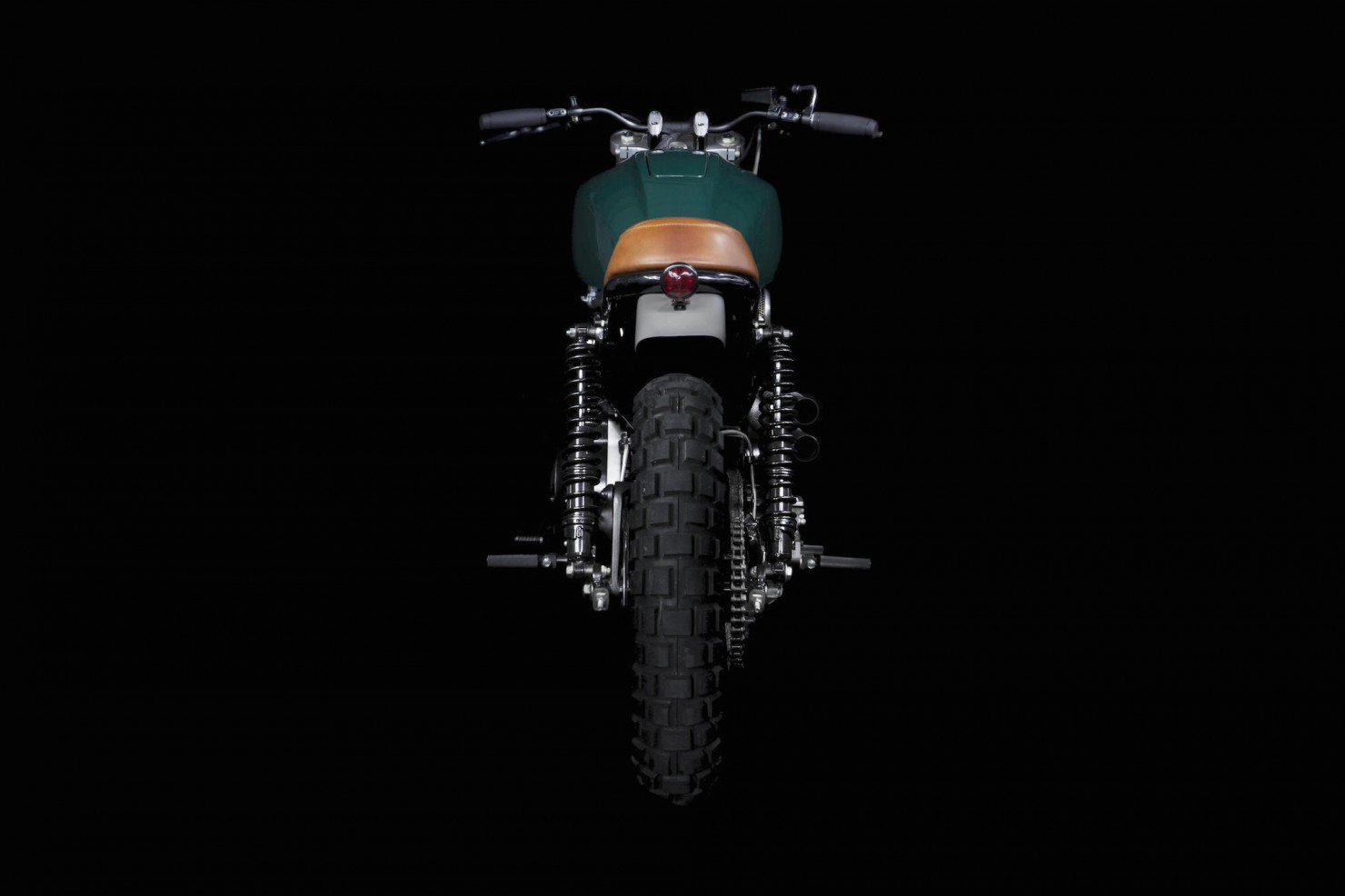 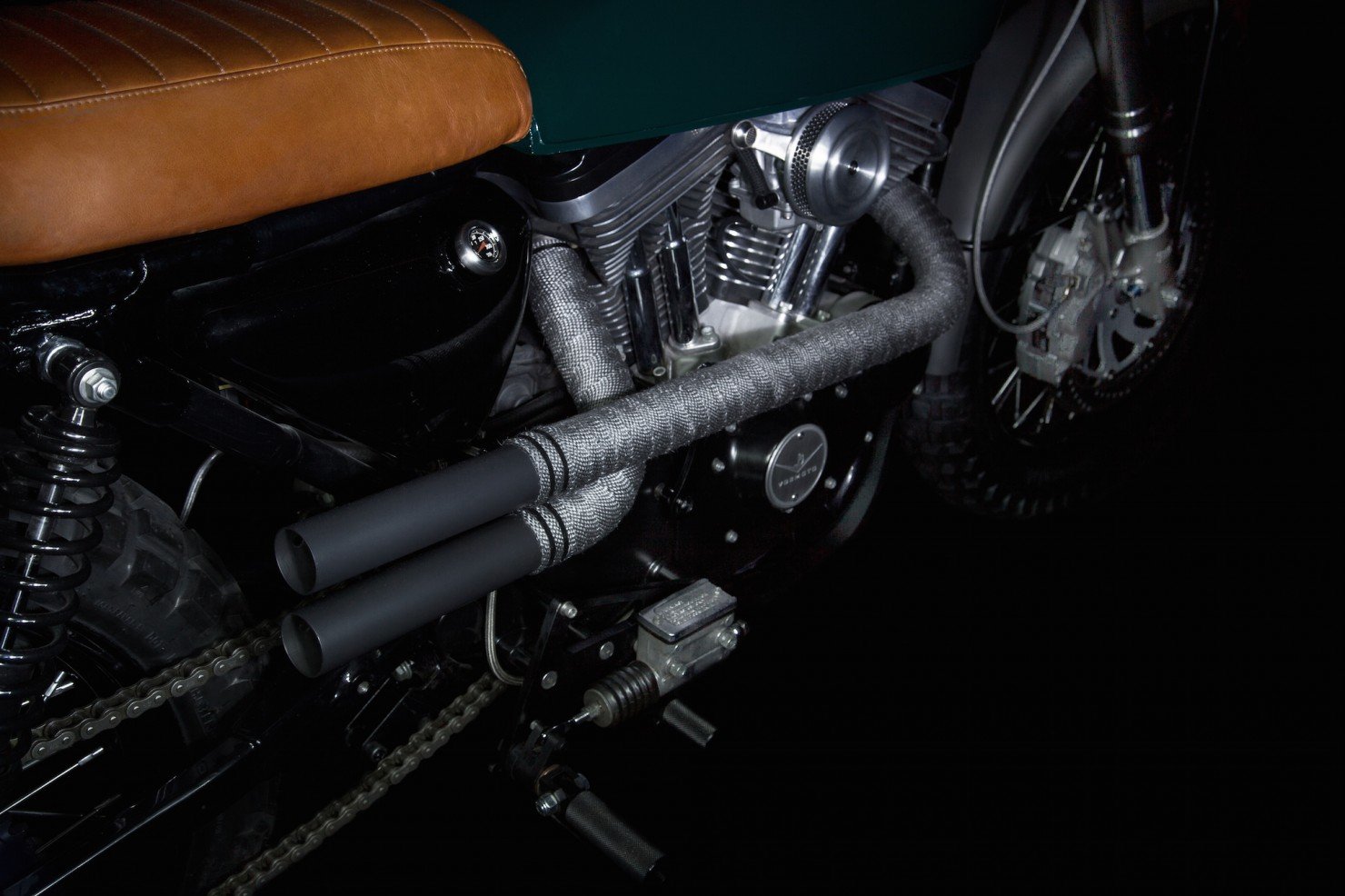 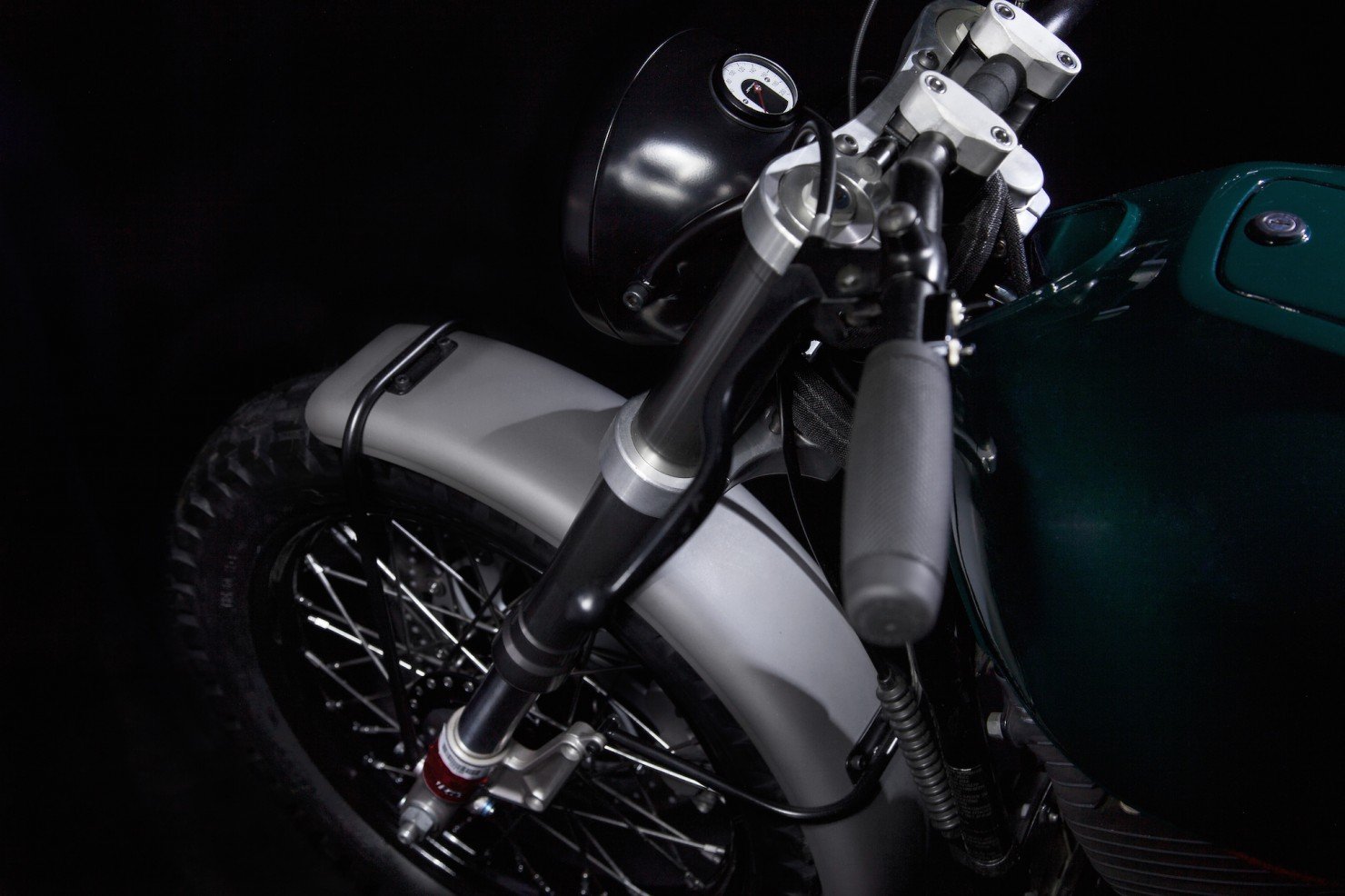 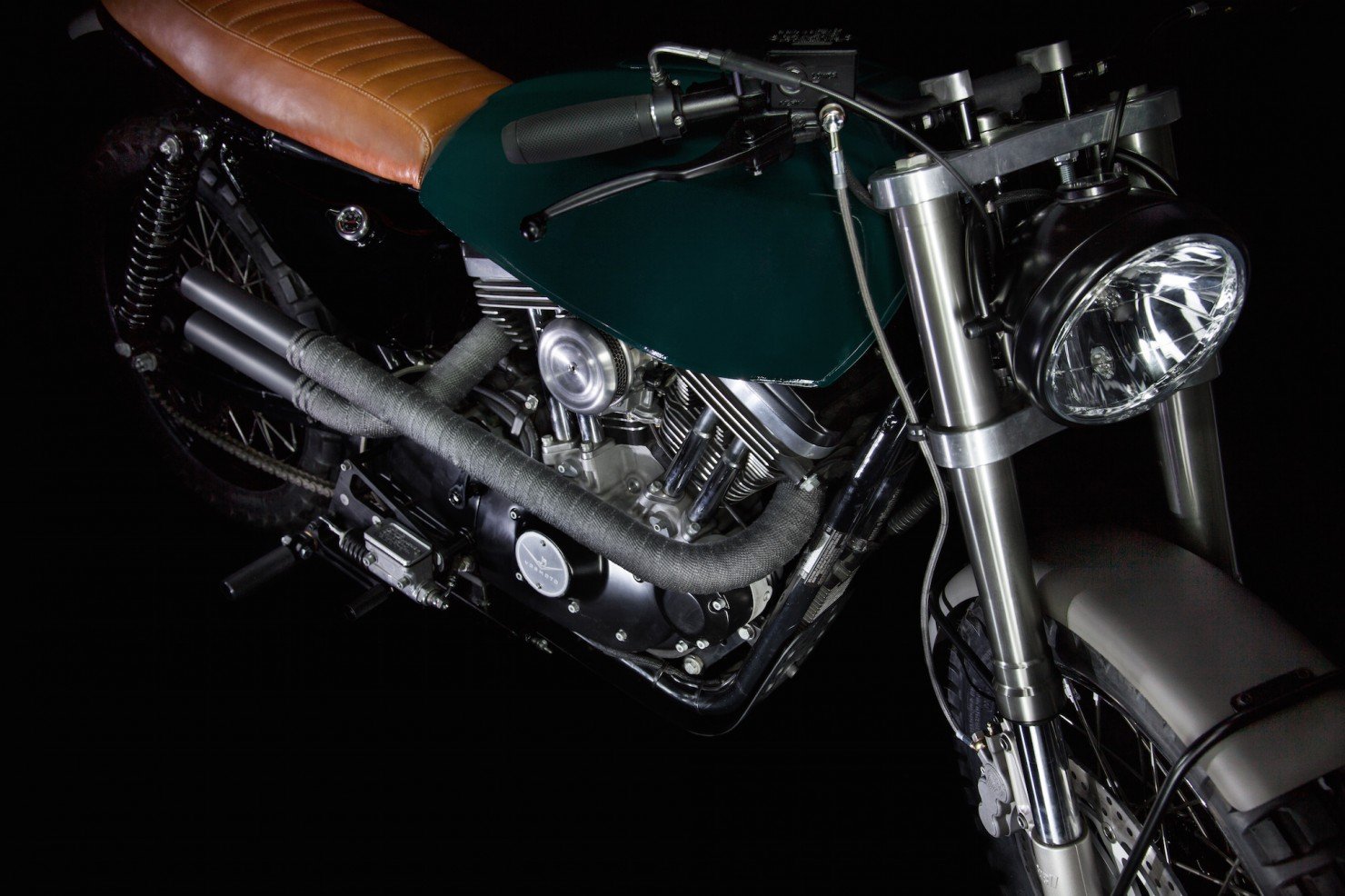 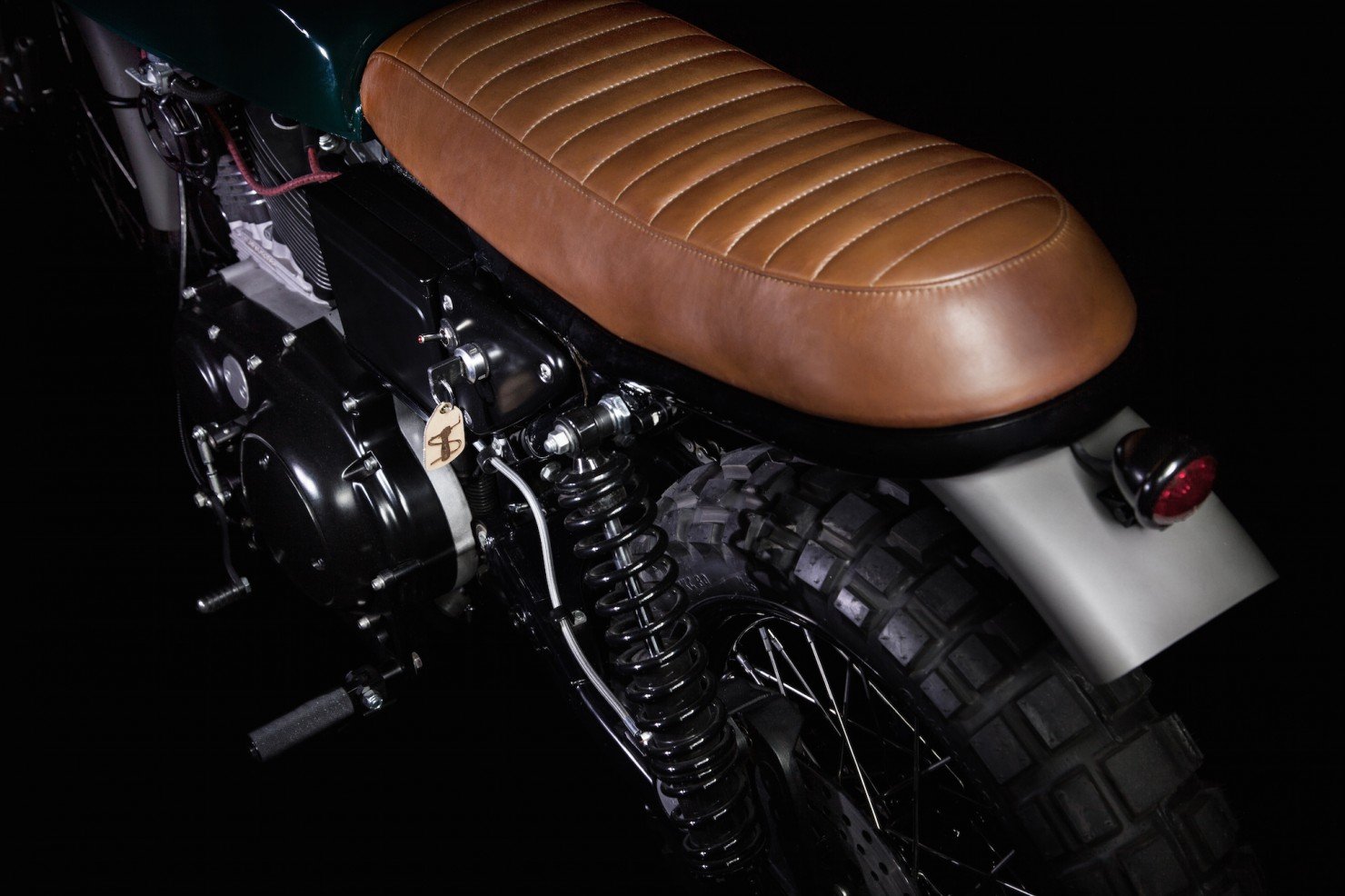 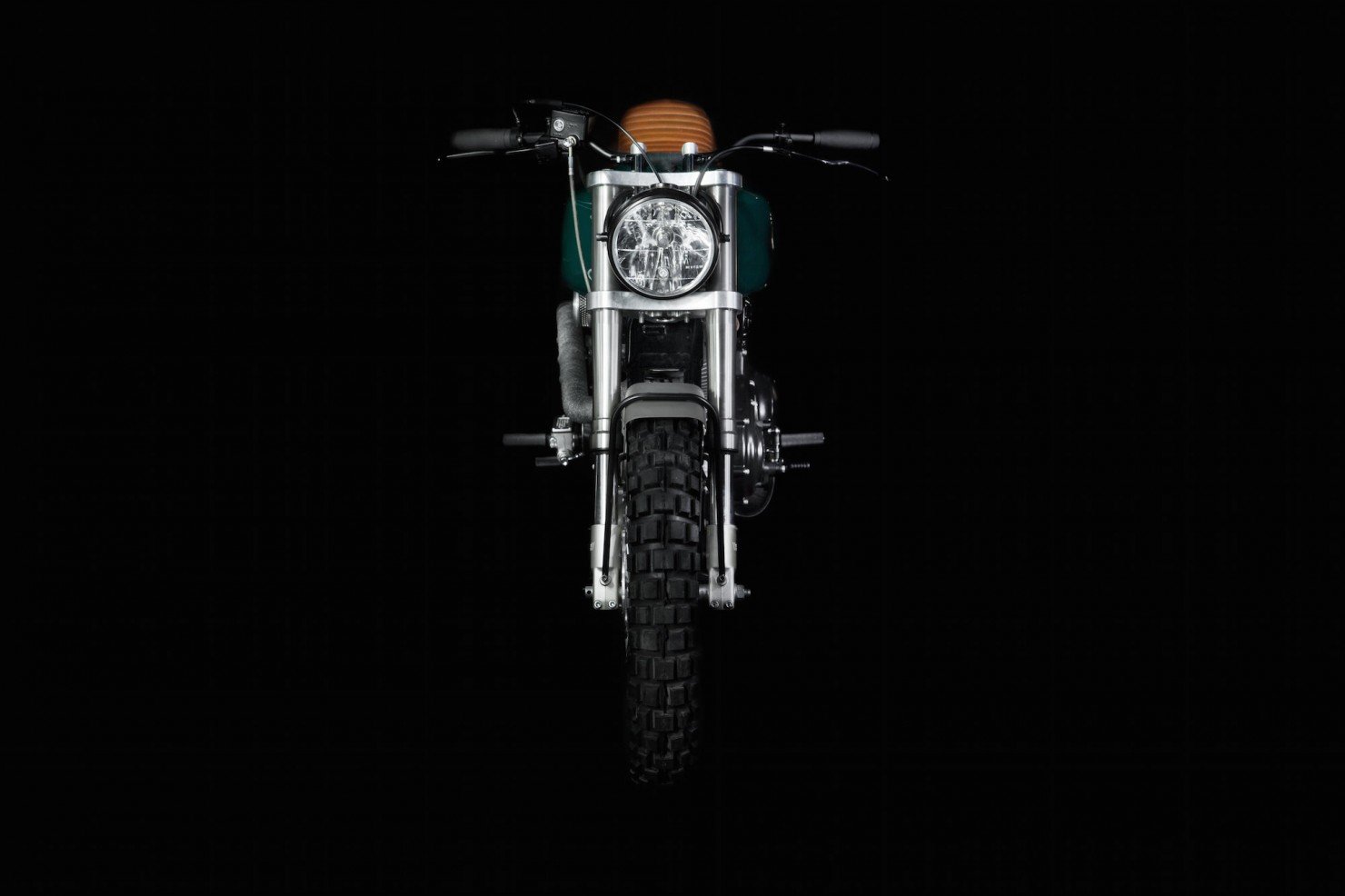 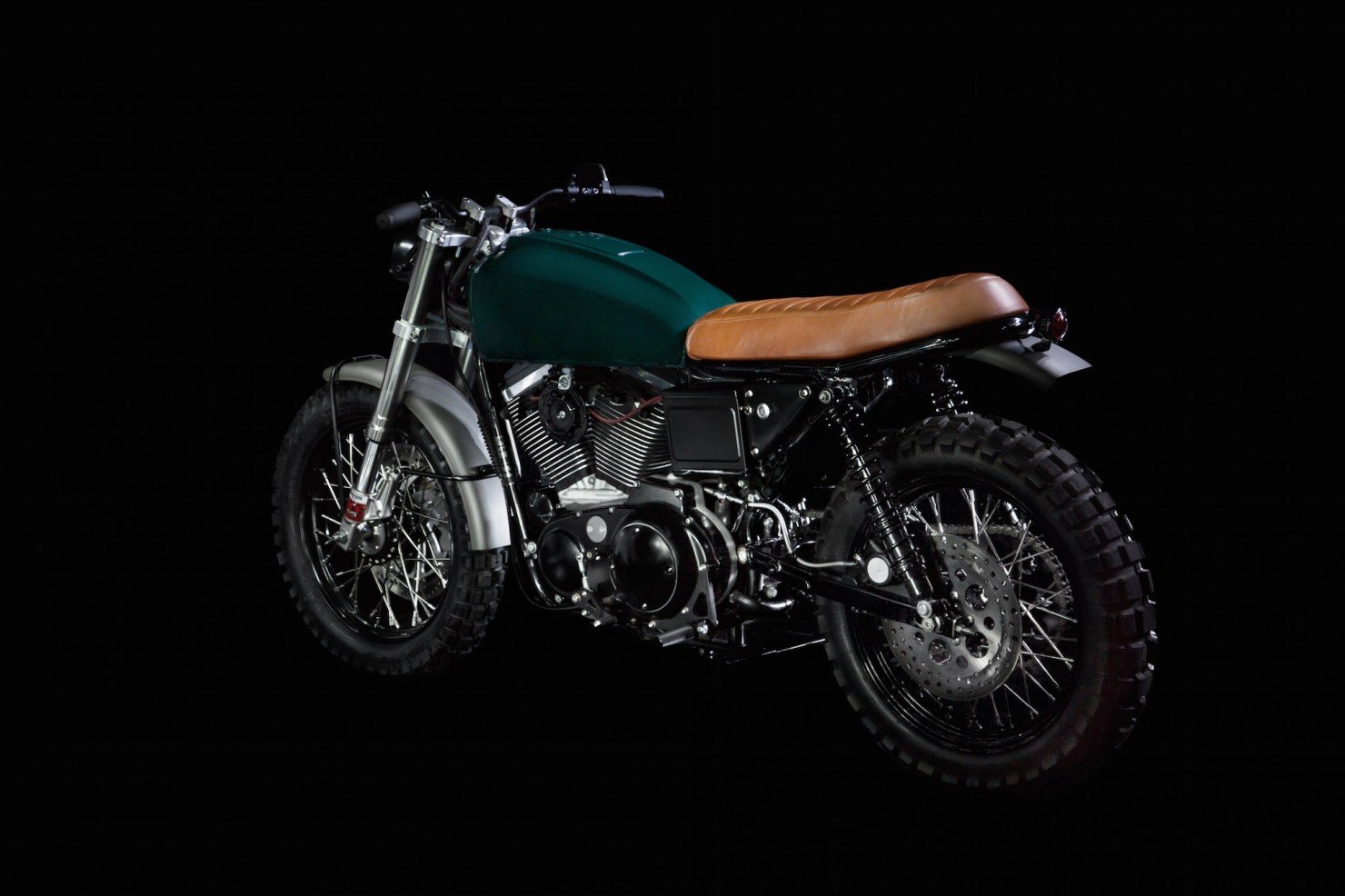 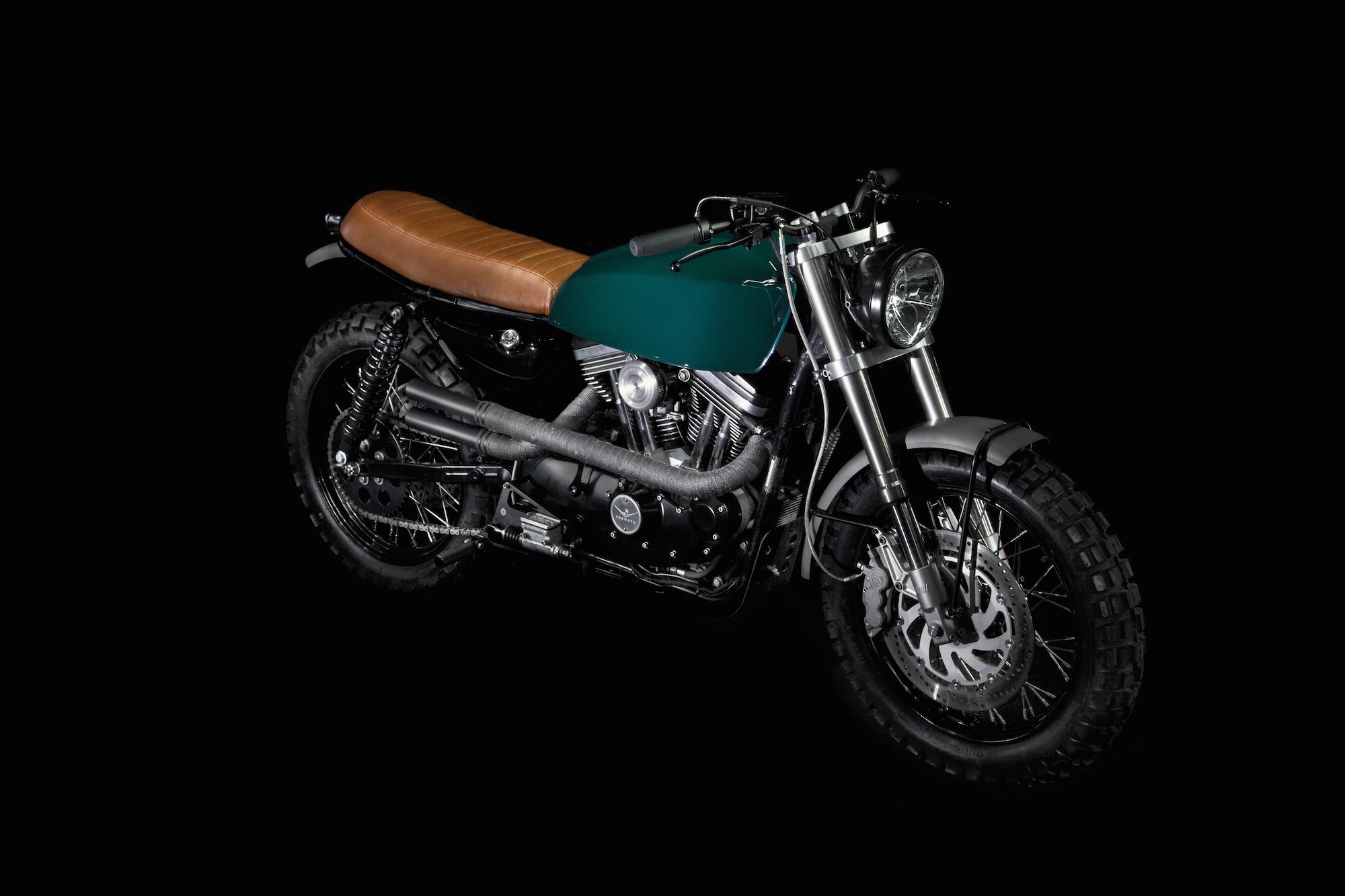