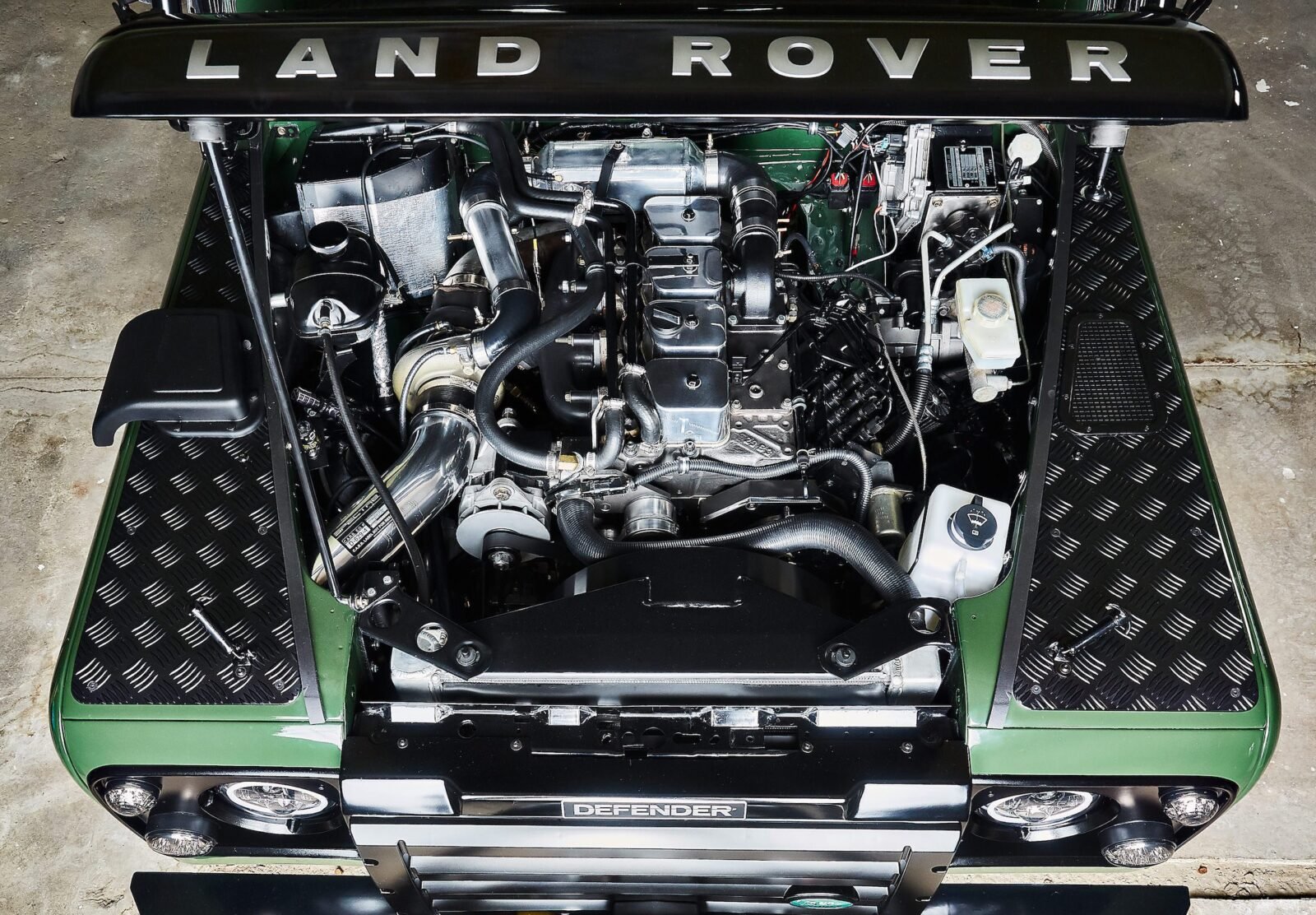 The Anvil Defender is the work of Blacksmith Engineering, an engineering powerhouse dedicated to rebuilding classic 4x4s to be stronger, faster, and more capable. Think of them as the guys who build real life A-Team vehicles, sans Mr T, Murdoch, and Hannibal.

The Land Rover Defender is an off-roader that needs no introduction. It’s a 4×4 that was directly based on the Series 1, 2, and 3 Land Rovers of the 20th century – with the addition of some modern engineering, a far more livable interior, and mod-cons like air-conditioning, power steering, and electric windows.

Since leaving production in 2016 the many hundreds of thousands of surviving Defenders have seen a surge in popularity and price, and garages like Blacksmith Engineering have been doing a roaring trade developing “Skunk Works” versions of the model with far more power that they ever had from the factory.

Typically when featuring a vehicle I’ll write about it myself but in this case, the team at Blacksmith Engineering have done such a detailed job of documenting their work that I’m just going to turn it over to them to tell you about the build in minute detail: 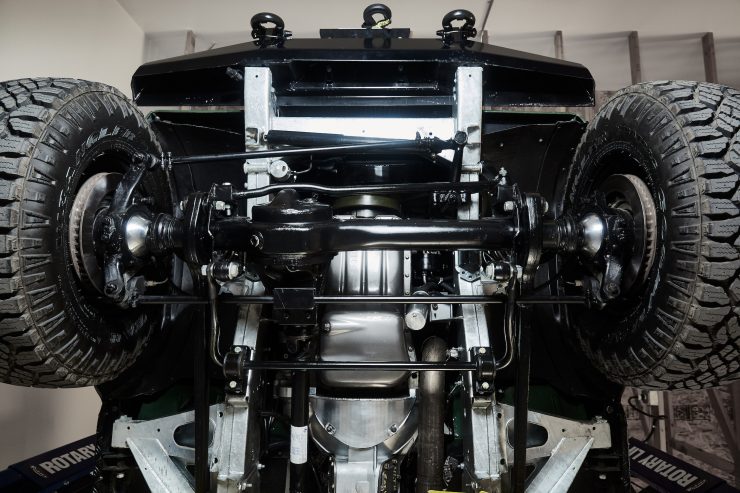 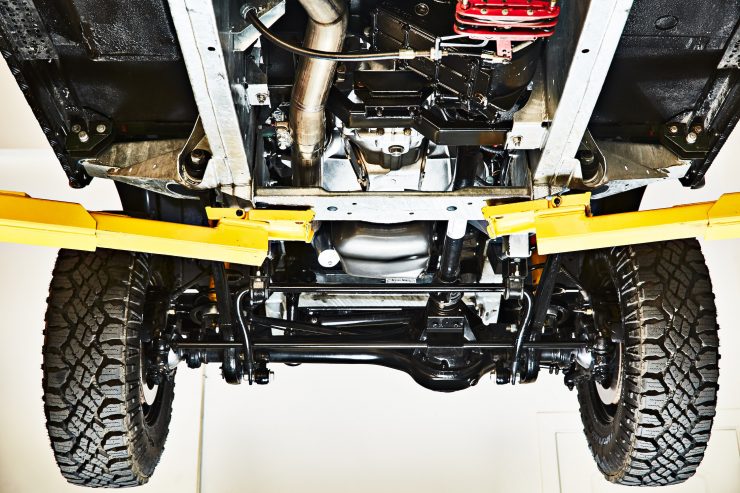 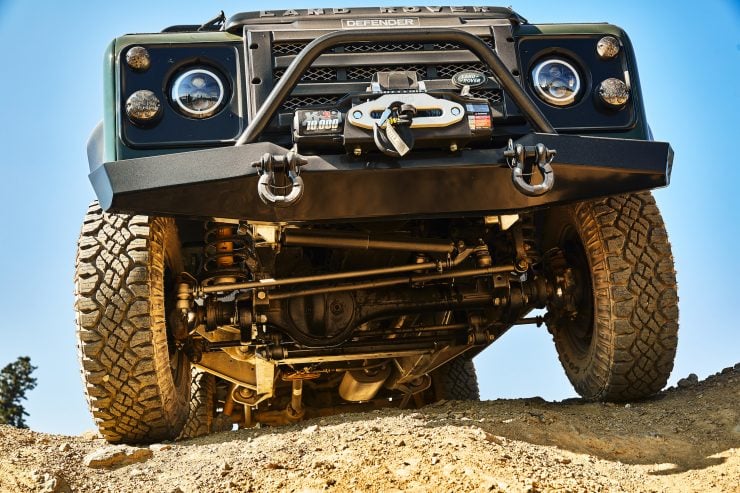 The aluminum body was stripped down to bare metal and all body components were individually prepped and repainted in Land Rover Coniston Green and semi-gloss black. The roll cage was powder coated black and all new rubber window channels and seals were installed. A Puma bonnet was added for a more powerful look and improved clearance in the engine bay for the engine along with a KBX grill facia kit and a wet weather heater intake cover. 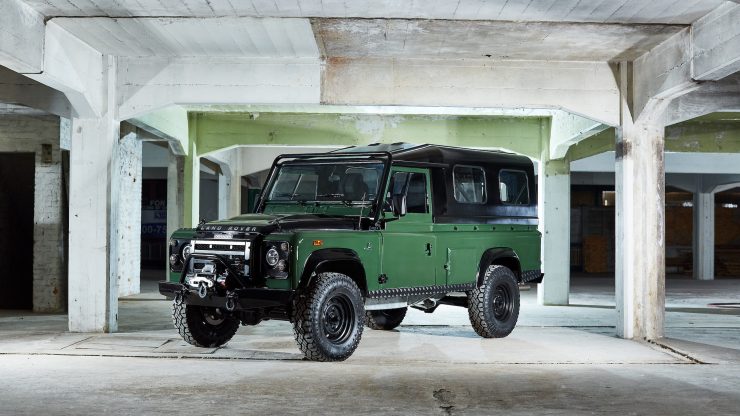 A custom headliner is installed on the removable hardtop. The steering column is fitted with a Moto Lita steering wheel and Billet aluminum covers from Optimill are fitted to the pedals. The windshield is heated while a Land Rover heater and air conditioning system keeps the cab temperature comfortable in all weather. A Sony GS610BT receiver with Bluetooth phone and USB connectivity is paired with 4 JL Audio MX650 speakers, 2 JL Audio 6W3V3 Subwoofers and a JL XD700/5 Amplifier.  Dynamat heat and sound barrier as well as Land Rover insulating mats throughout the cabin to reduce noise and enhance cab comfort. 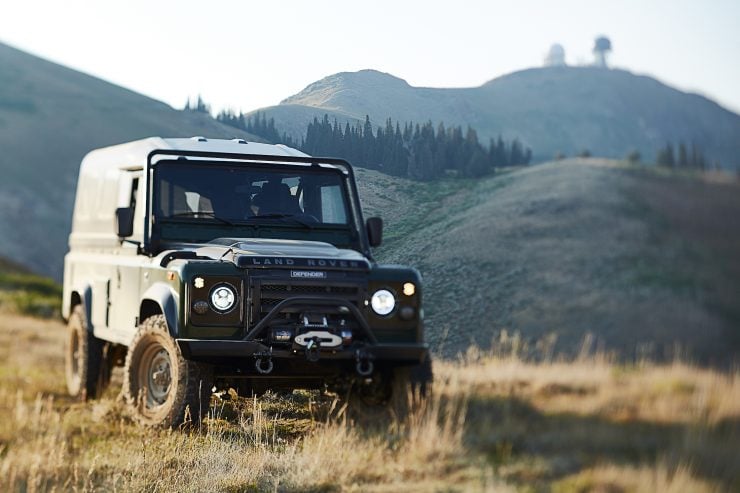 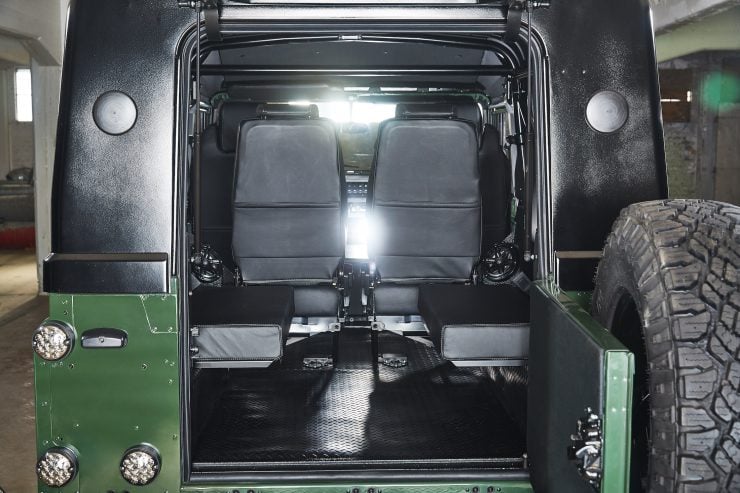 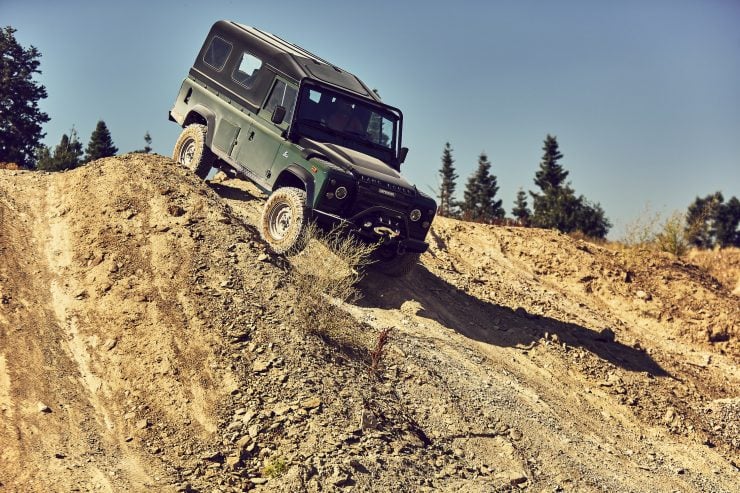 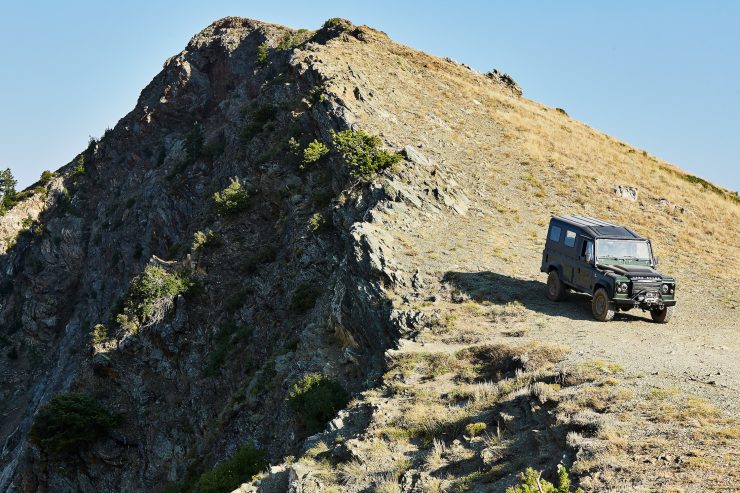 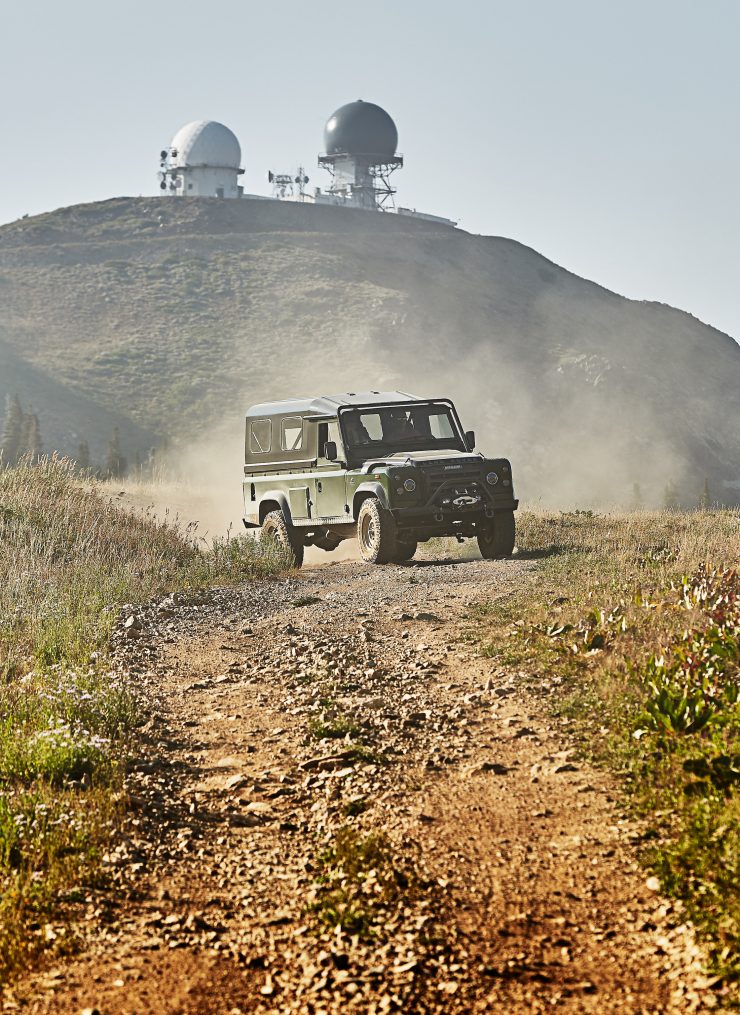 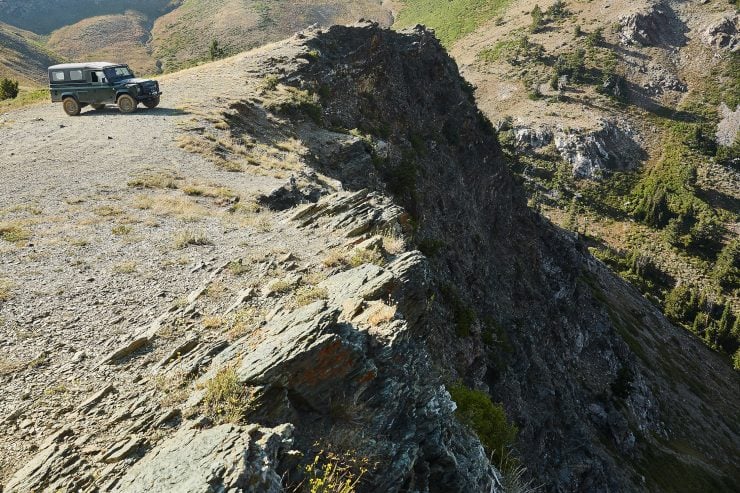 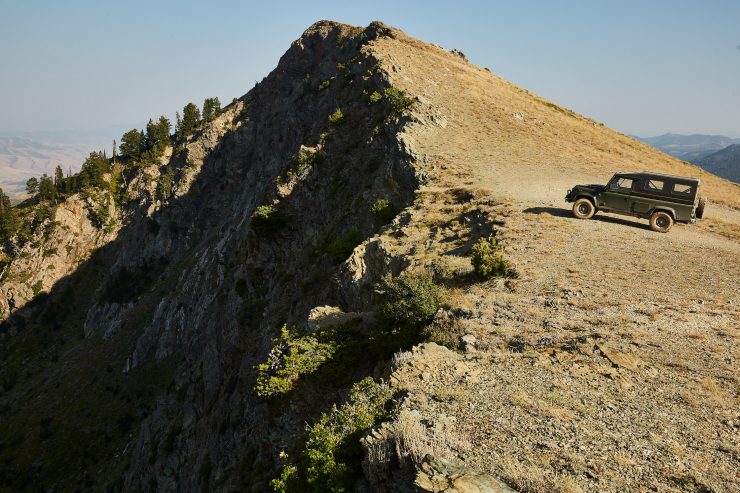 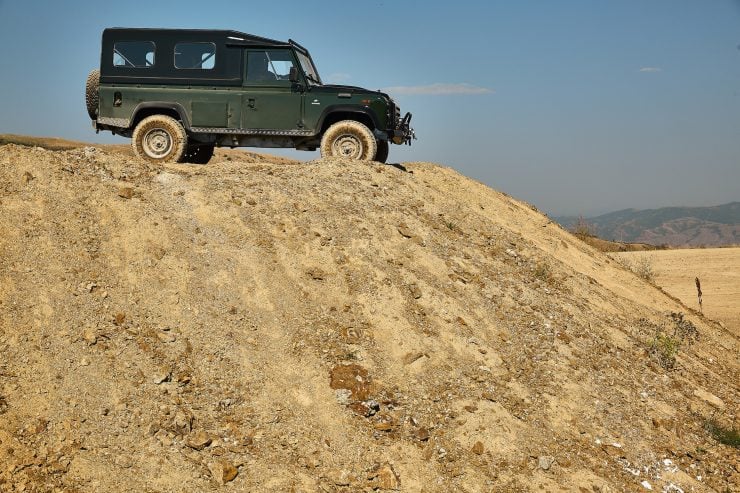 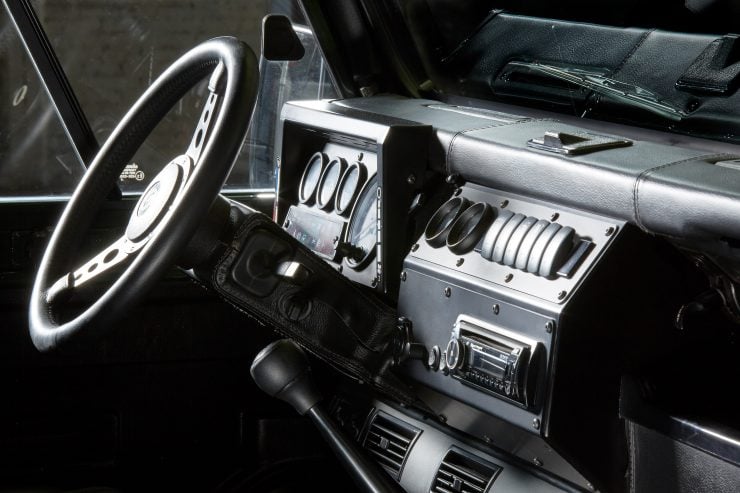 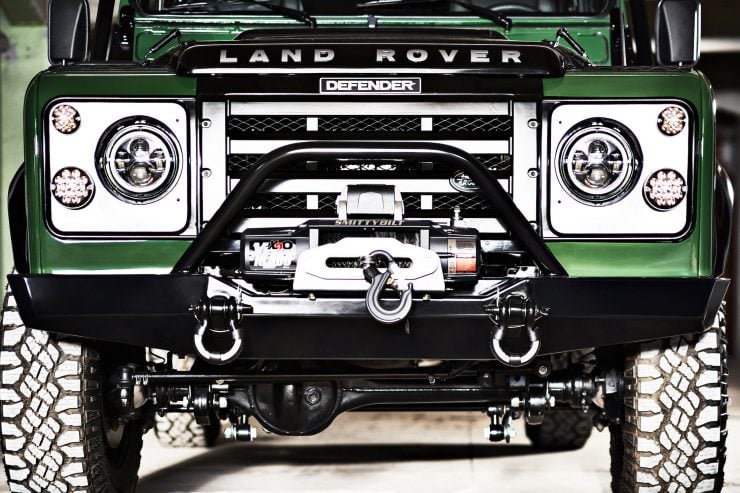 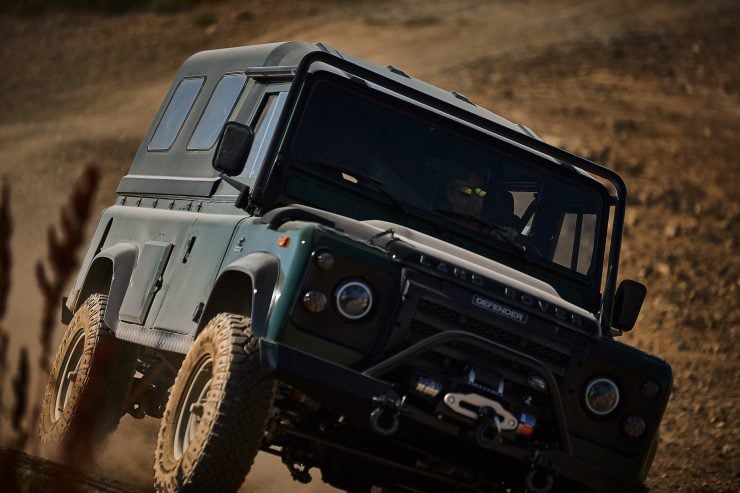 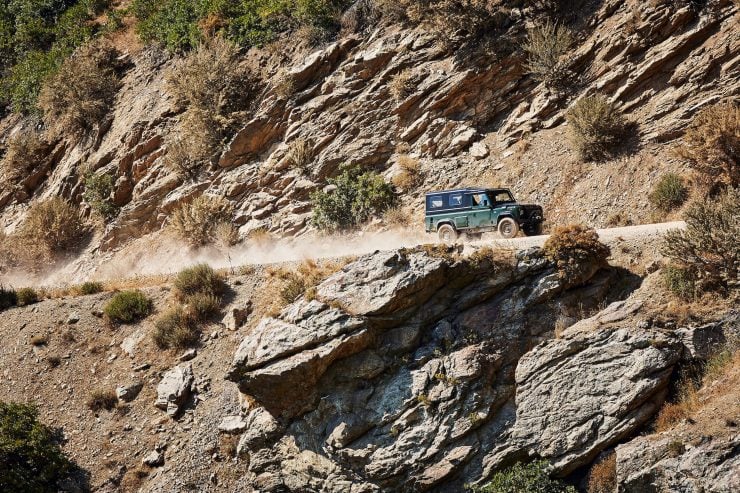 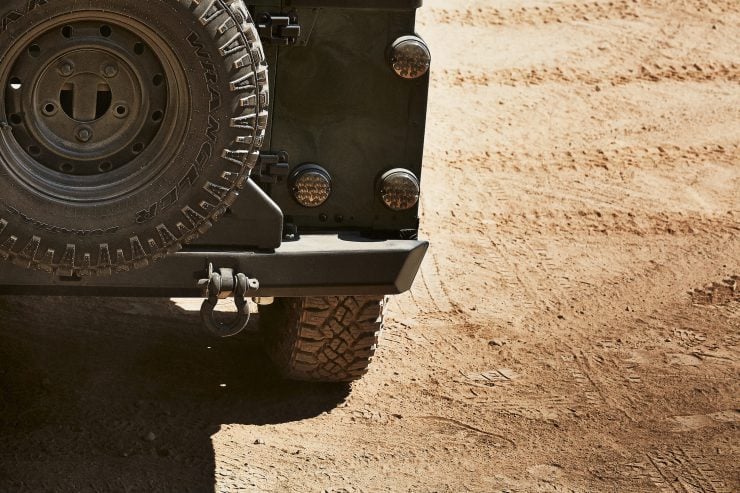 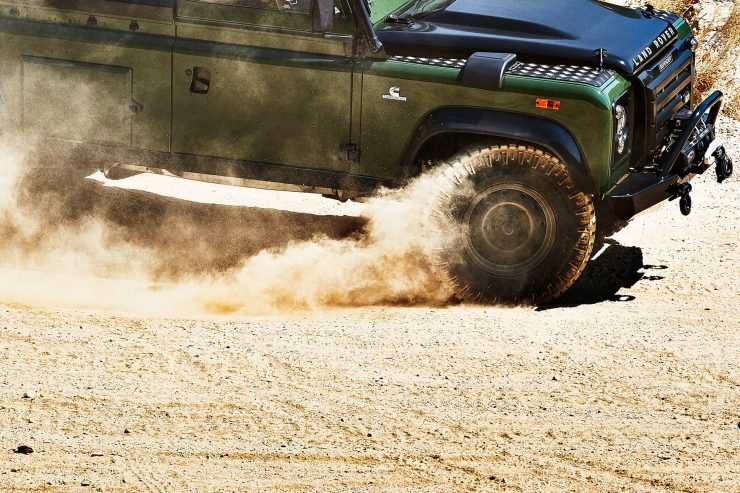 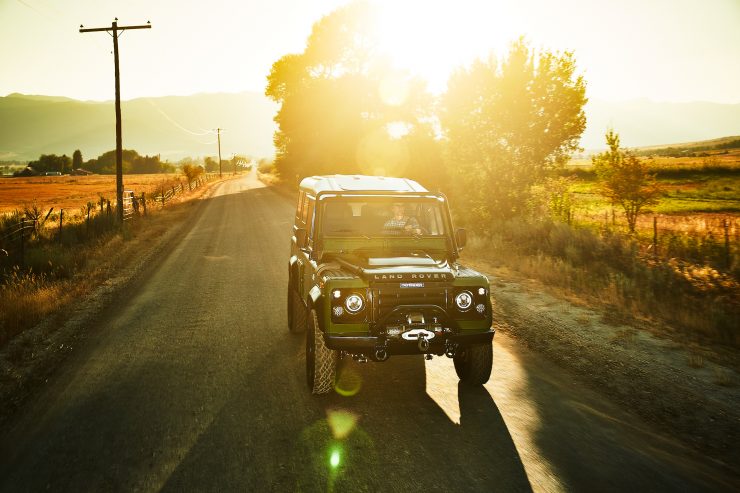 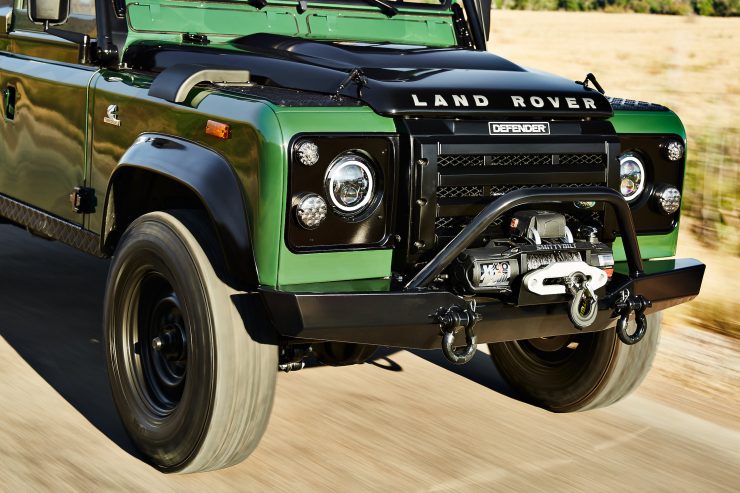 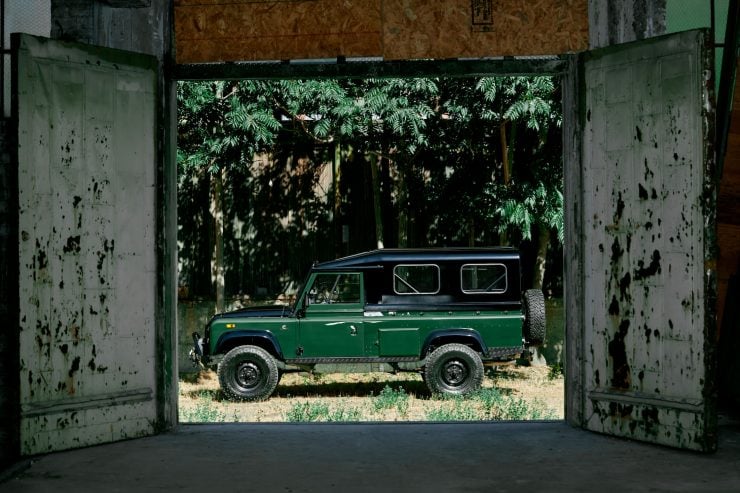 Watch the Behind-the-Scenes footage from the photoshoot below: