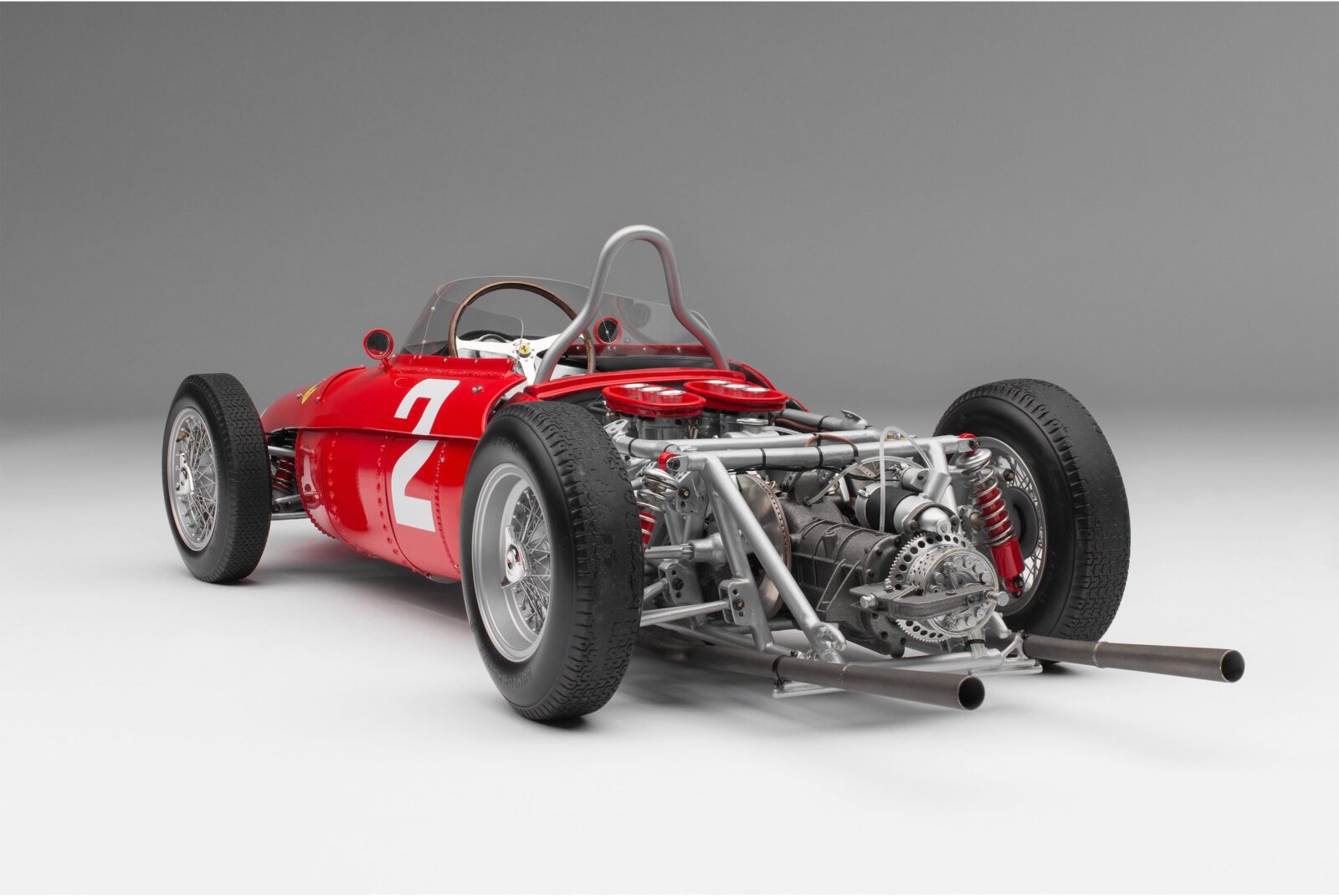 The great tragedy of the Sharknose is that all of the original cars were scrapped – though in more recent years there have been a number of exact replicas made including one on display at “Galleria Ferrari” in Ferrari’s hometown of Maranello, Italy.

The 156 F1 was the first mid-engined Ferrari Formula 1 car, it first raced in the 1961 season and it proved immediately dominant. The design team was led by Carlo Chiti and the cars would be piloted by Phil Hill, Wolfgang von Trips, and Giancarlo Baghetti to wins in five of the eight races in the season, including a 1-2-3-4 finish at Spa.

The 156 F1 took the Constructors Championship for Ferrari as well as the Driver’s Title for Hill, and every Ferrari Formula 1 car that’s been built since has had the same basic mid-engined configuration.

The rule change for the 1961 Formula 1 season necessitated the development of the 156 F1, the engine size limit was reduced from 2.5 litres to 1.5 litres. Ferrari started the season using the 65º Dino V6 before upgrading to the newer Carlo Chiti-designed V6 with a 120º bank angle during the season. This new DOHC V6 was capable of 190 hp at 9,500 rpm with a capacity of just 1476cc, and thanks to its 120º bank angle it had a lower centre of gravity than the engine it replaced.

This 1:8th scale version of the 156 F1 by Amalgam is the finest model of the Sharknose currently in production. Amalgam is world-famous for their staggeringly precise scale models, they work closely with both Formula 1 teams and automotive marques to laser scan original cars and parts to reproduce models that are exact down to the finest details.

A close look at this model shows that the engine and gearbox has been recreated with remarkable attention to detail, in fact some angles makes it look like a full scale car. The cockpit and body are perfectly replicated as well,  and removing the Sharknose bodywork on the front exposes the fuel tank and front suspension.

This model costs $8,460 USD and it comes with a black presentation box protected by a clear acrylic dust cover. 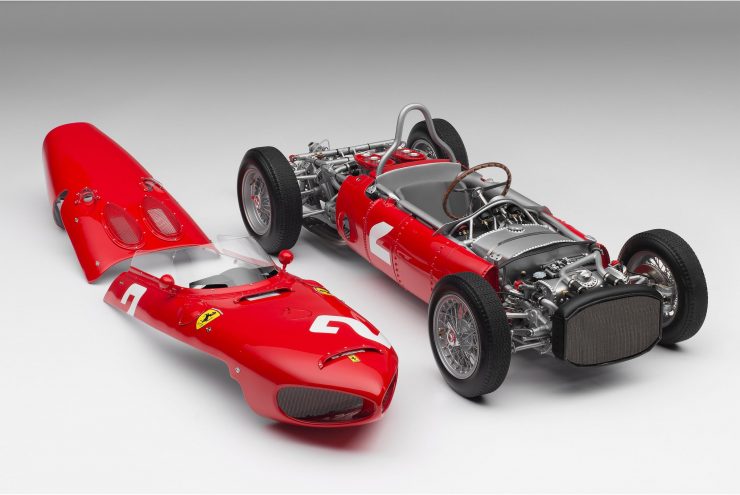 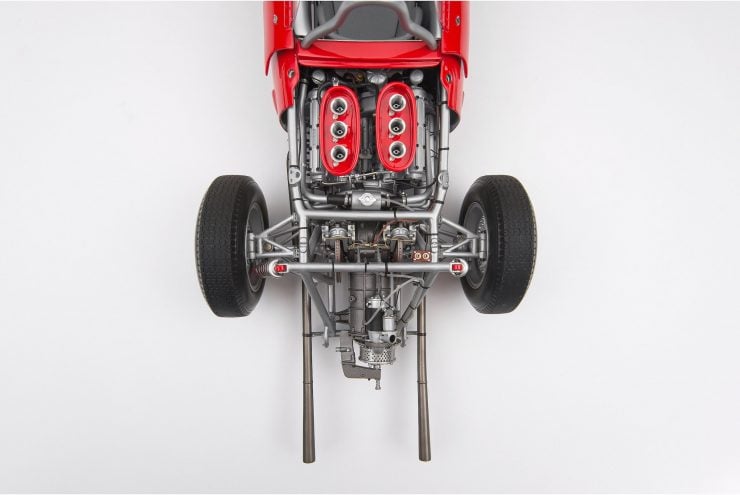 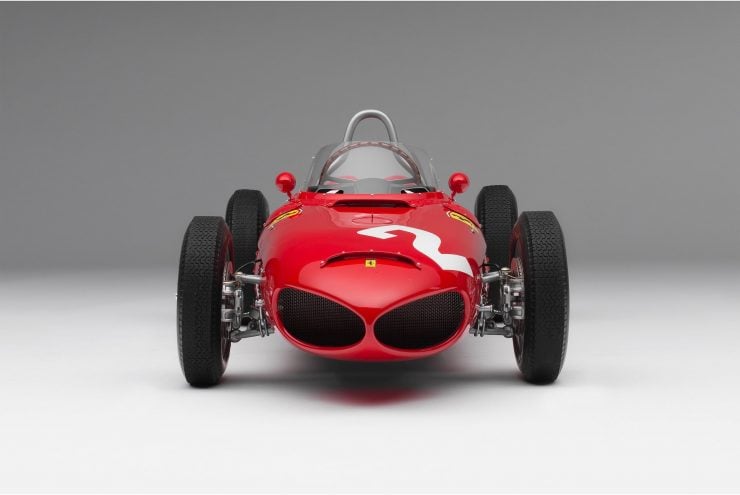 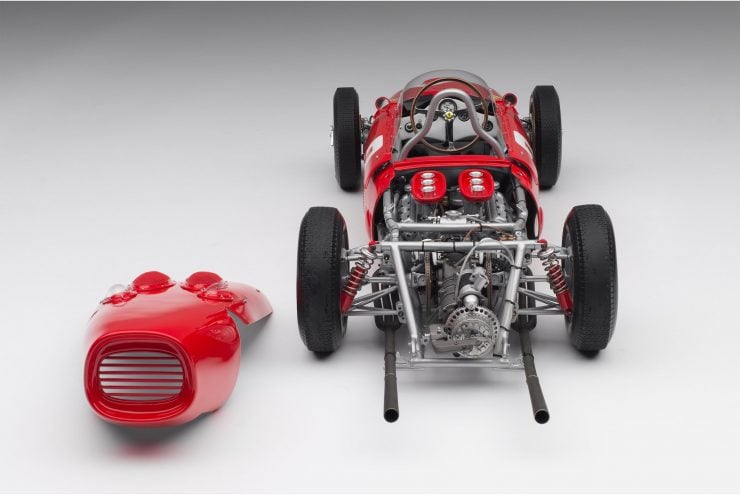 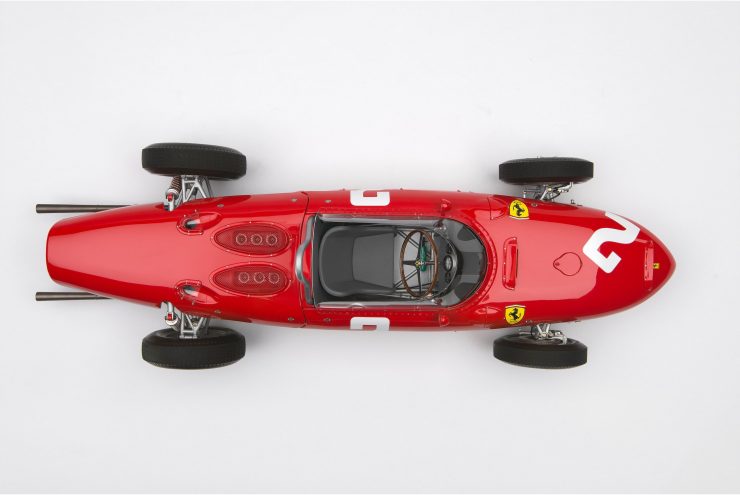 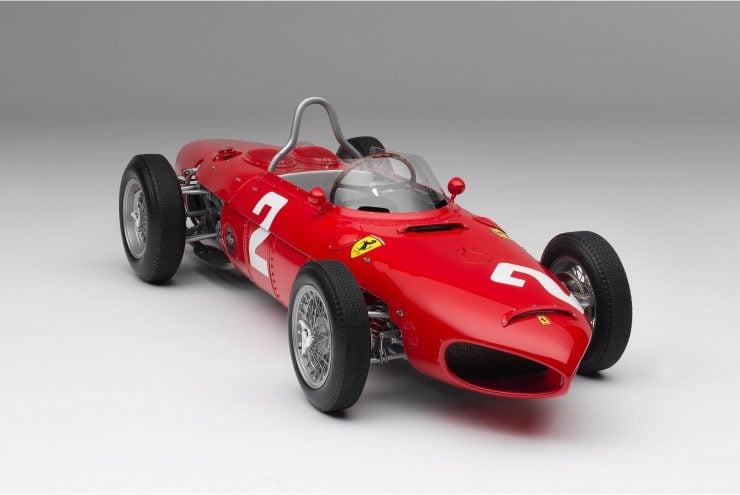 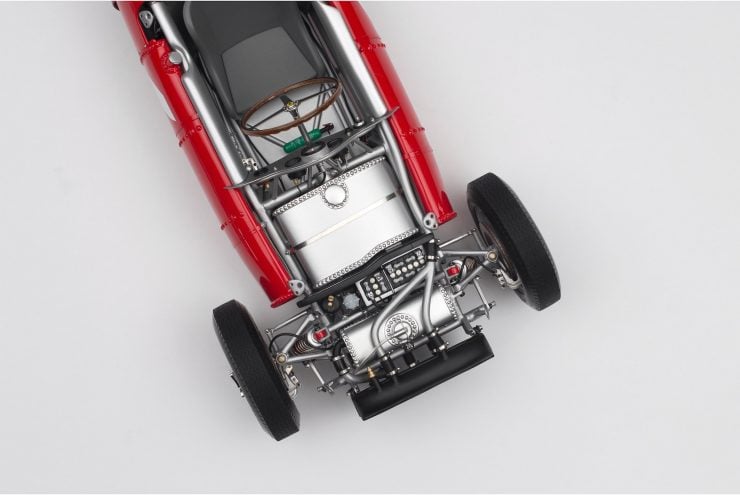 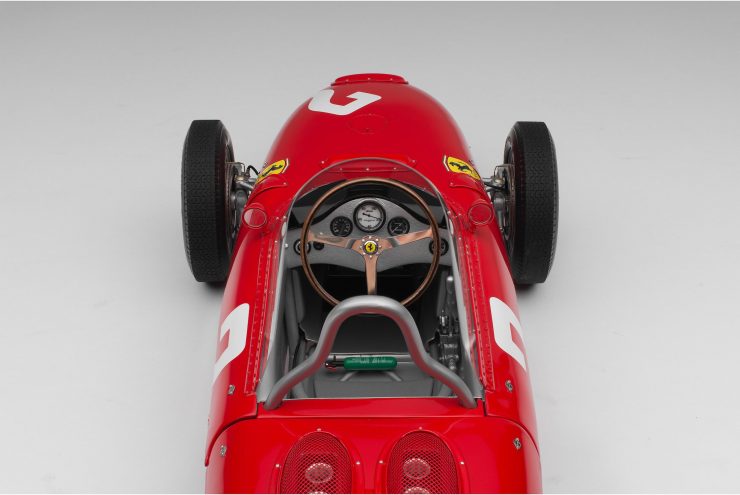 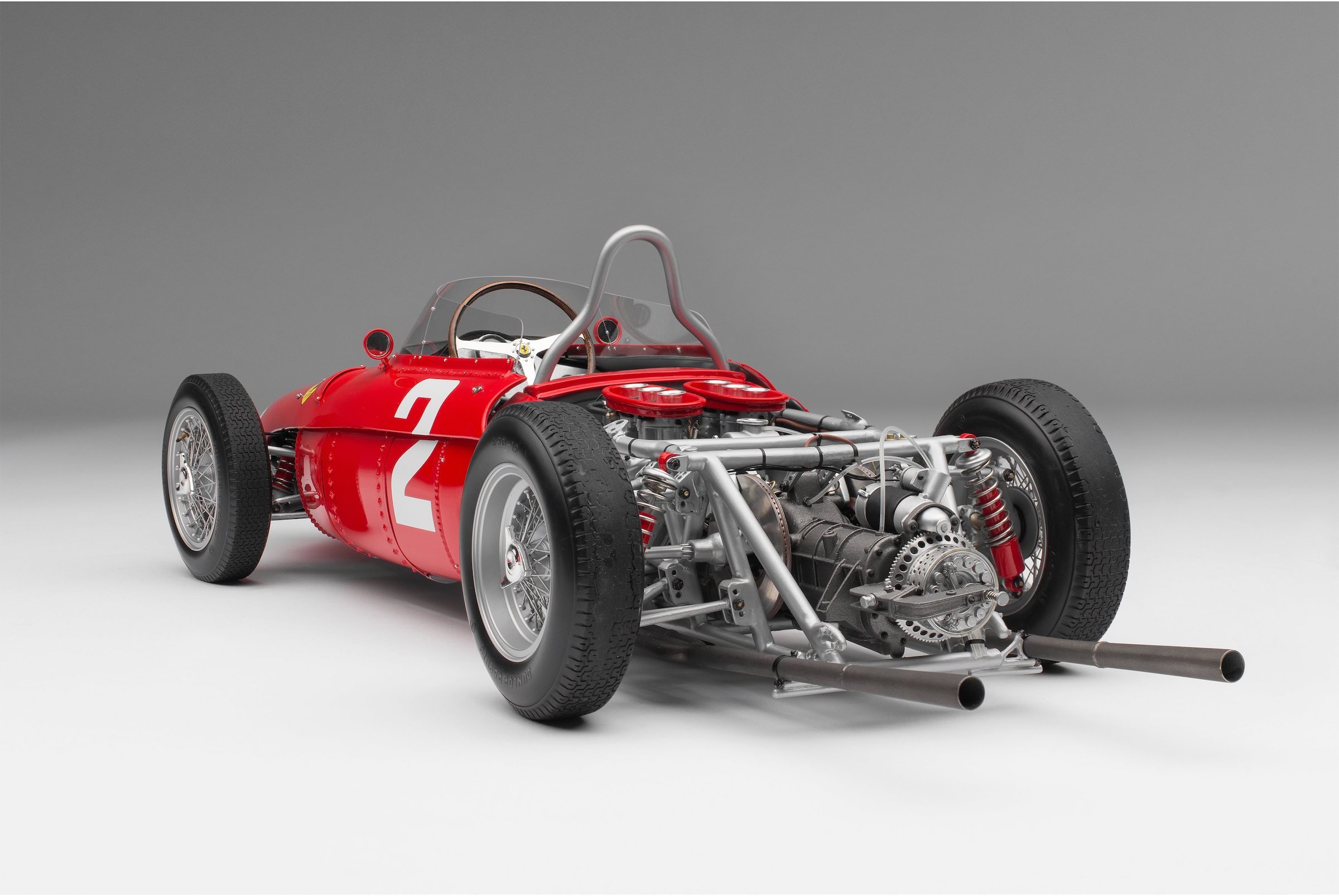