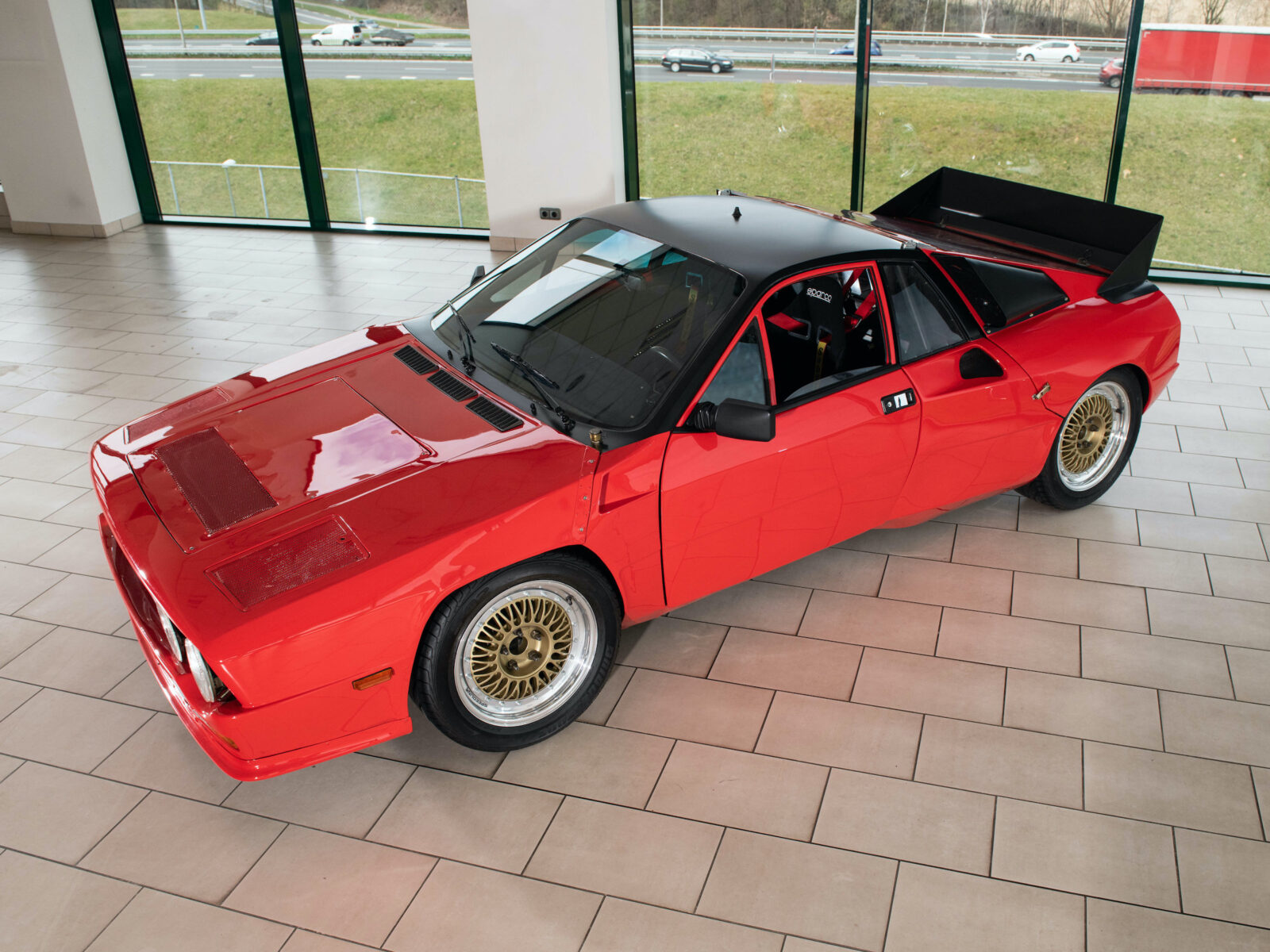 The car you see here was the first and most significant prototype made for the Lancia Rally 037, a vehicle with significant historic significance due to the fact that it was the first car to win the World Rally Championship under the then-new Group B rules, and was the last two-wheel drive car to ever win the WRC title.

The 037 was the first car to begin development to take advantage of the upcoming Group B regulations that stripped away many restrictions and allowed engineers to develop what would become the fastest and most powerful rally cars in history up until that point.

The project to build this car was a joint effort between three of Italy’s biggest automotive names – Lancia, Abarth, and Pininfarina. Due to the relatively tight development schedule it was decided to base their new car on the shell/frame of a pre-existing design – the Lancia Beta Montecarlo which would go on to win the World Championship for Makes in Group 5 silhouette form in 1980 and 1981.

This central monocoque section from the Montecarlo would then have new tubular steel sub frames added front and back which would accommodate the suspension, wheels, and ancillaries. The first one of these to be built for testing was the car you see pictured here chassis, SE037-001.

From the outset the Rally 037 was designed to take full advantage of the flexibility offered by the new Group B class, just 200 road-legal homologation cars had to be built which allowed much more creativity in the development process.

The subframes of the 037 were fitted with double wishbone suspension front and back with coil springs, a single tubular shock absorber was used on each side up front with twin shock absorbers used on each side at the back. The front and rear bodywork is all lightweight fiberglass that was designed to get up and out of the way, giving engineers and mechanics unfettered access to the suspension, engine, brakes, and gearbox – a vitally important feature for any Group B car. 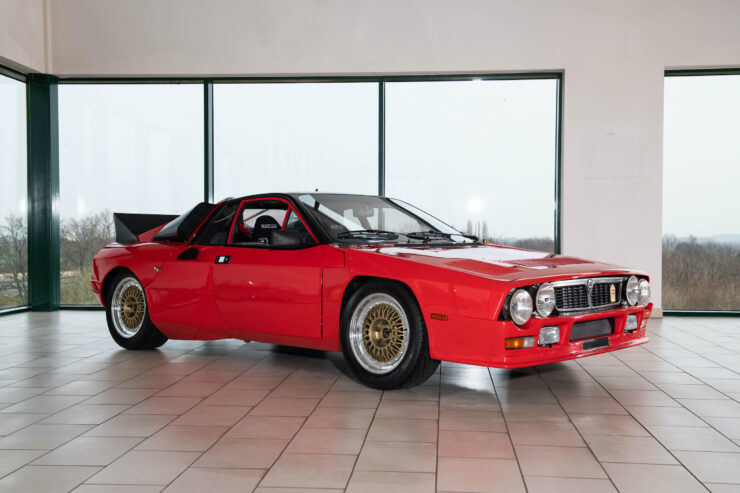 There had been some debate about which engine to use in the 037, some had even suggested a Ferrari V8 should be used, however in the end they settled on the simple, lightweight inline-four cylinder engine from the Lancia Trevi – an engine originally designed by legendary engineer Aurelio Lampredi.

It was clear that the 2.0 litre, 16 valve engine was going to require forced induction to reach the required power levels. The engineering team made the unusual decision to use a supercharger rather than a turbocharger, resulting in no lag and instant power – a critical advantage that helped the 037 win the 1983 World Rally Championship for Manufacturers.

Thanks to the work of the German engineers over at Audi it was quickly becoming clear in the early 1980s that all-wheel drive cars were going to dominate Group B racing. That said, the 037 put up one of the most valiant and memorable efforts in the short history of Group B to take a slew of wins as well as that 1983 championship against the hard charging Audis.

Today the Lancia Rally 037 is looked back upon as one of the most beloved rally cars of the Group B era and as the last hurrah of the tail-happy, rear-wheel drive cars that had enjoyed so much success in rally racing before the arrival of the AWD cars.

As the first and most important prototype of the 037 this car has immeasurable historic significance. Interestingly it was originally destined to be scrapped however it was saved by its original designer, Sergio Limone, who bought the car from Abarth directly before embarking on a meticulous restoration to return the car to its 1981 development prototype configuration.

The car is now due to be offered for sale by RM Sotheby’s in Milan on the 15th of June, if you’d like to read more about it or register to bid you can click here to visit the listing. 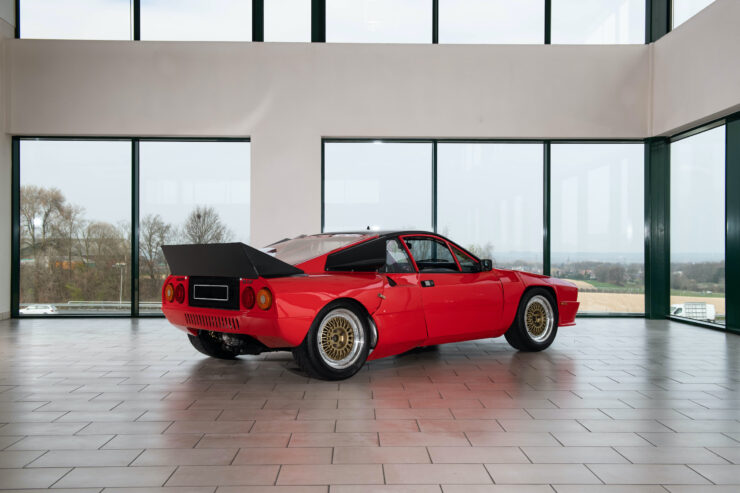 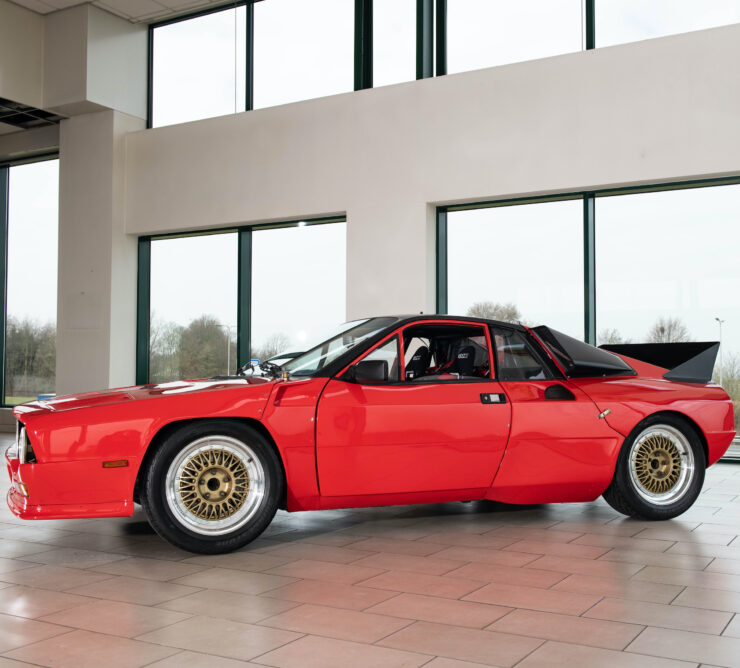 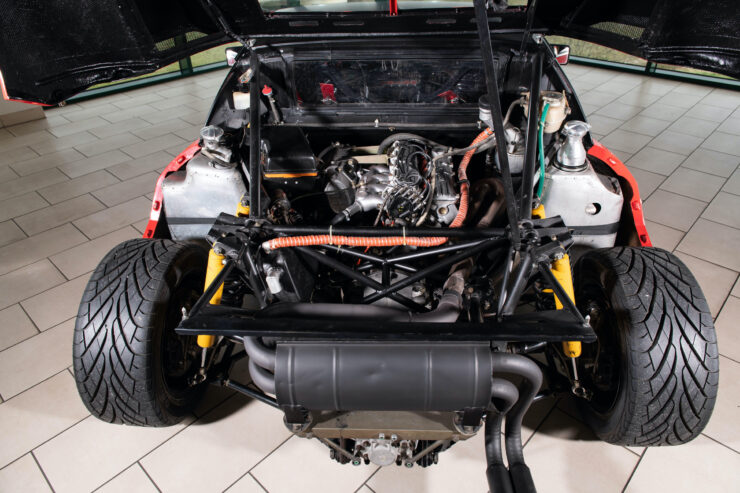 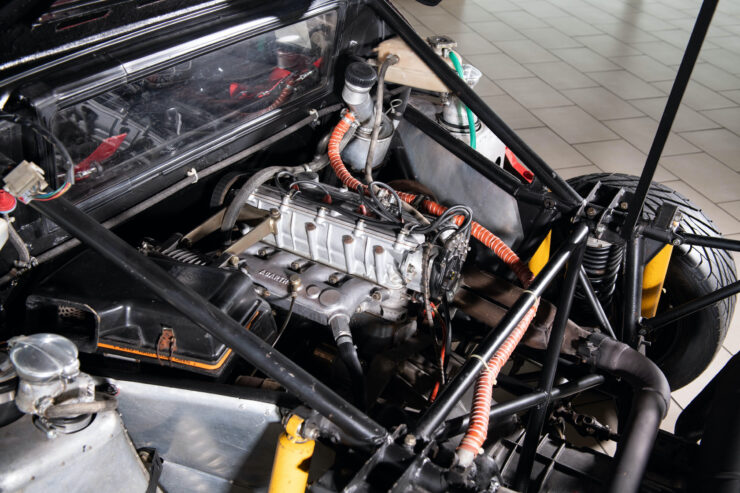 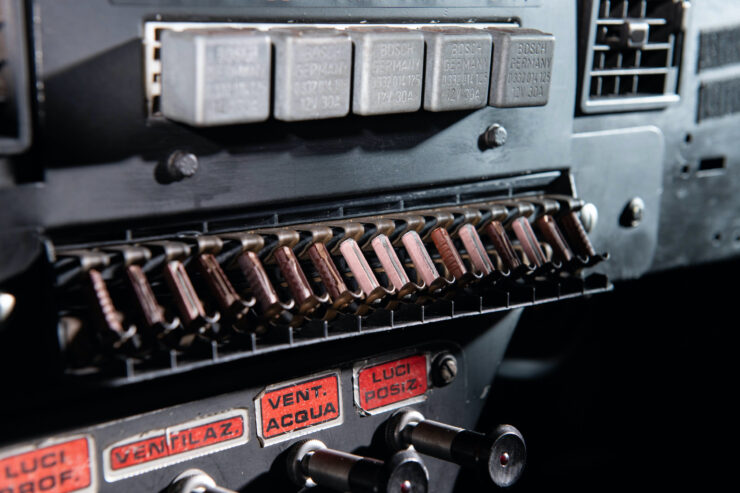 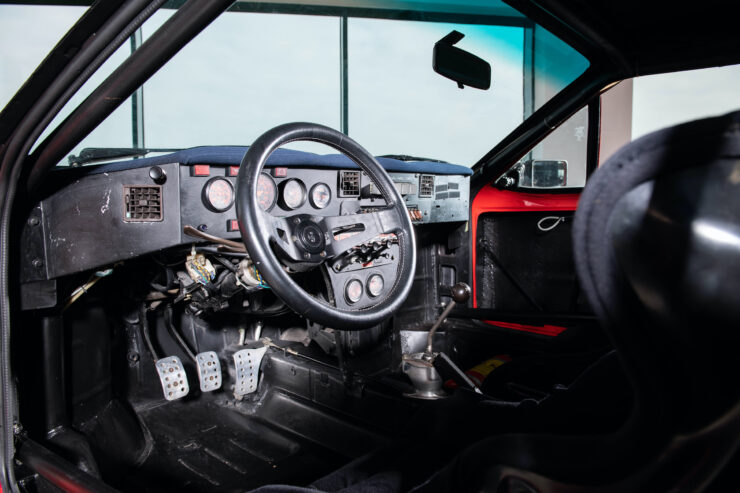 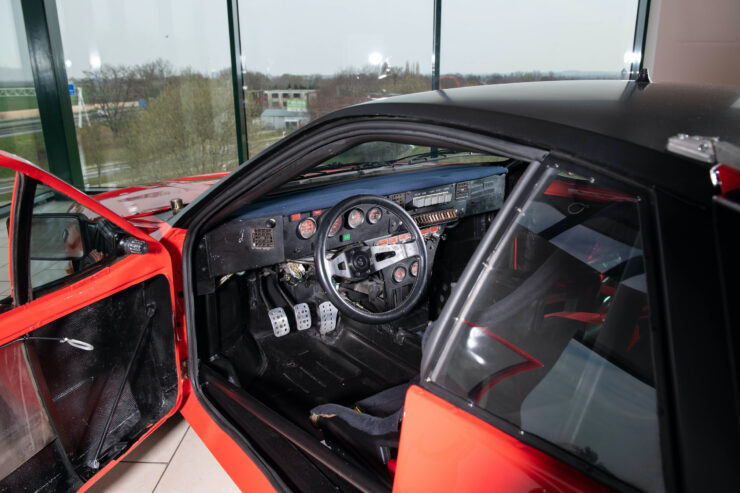 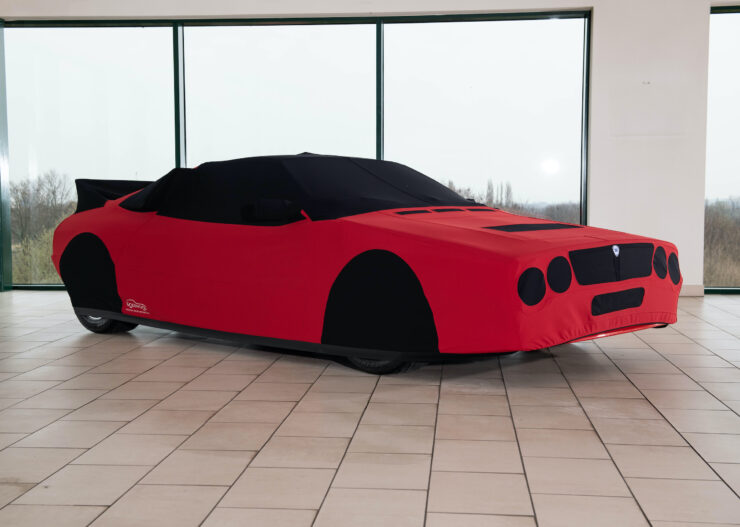 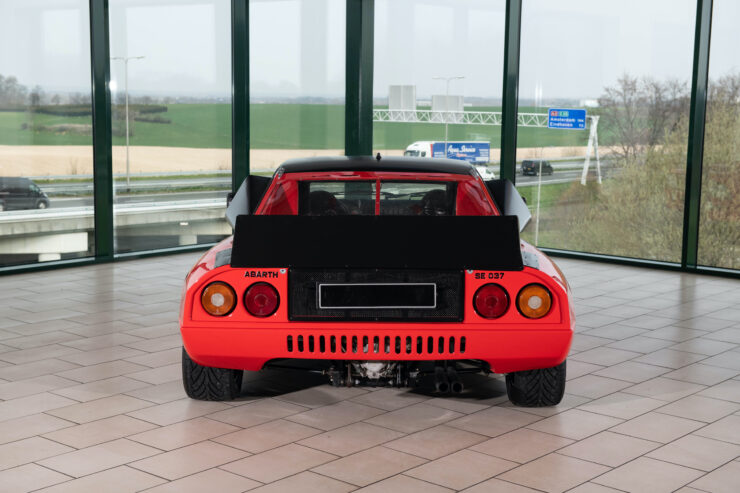 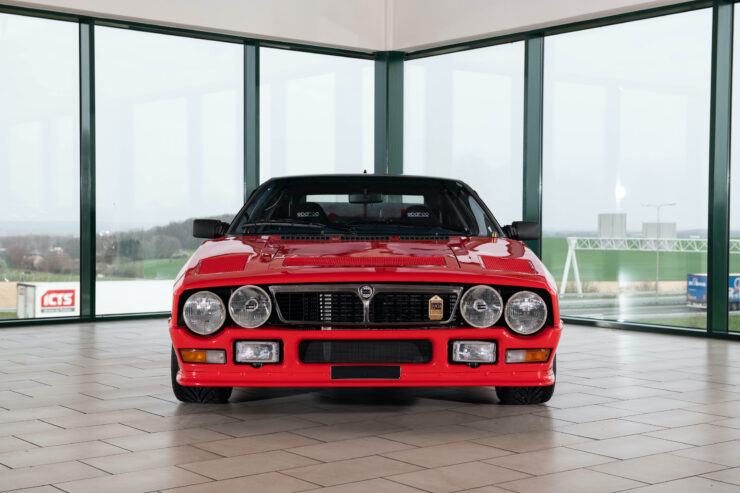 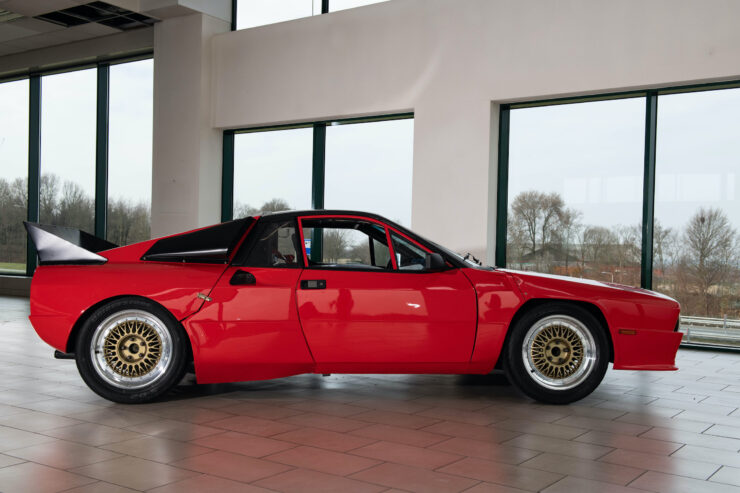 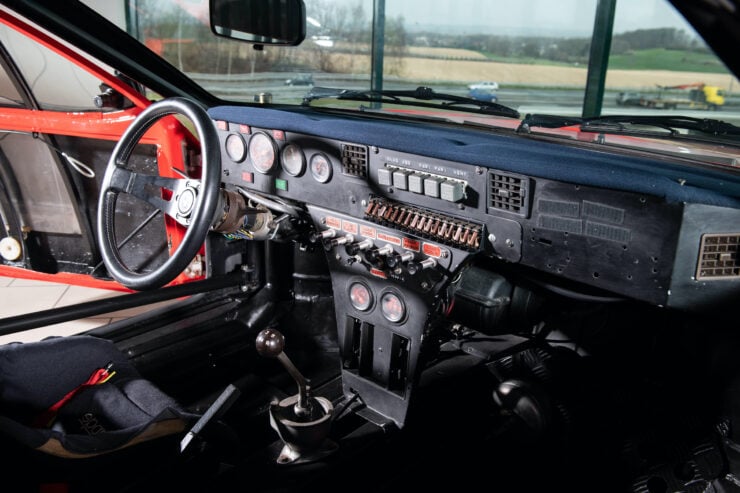 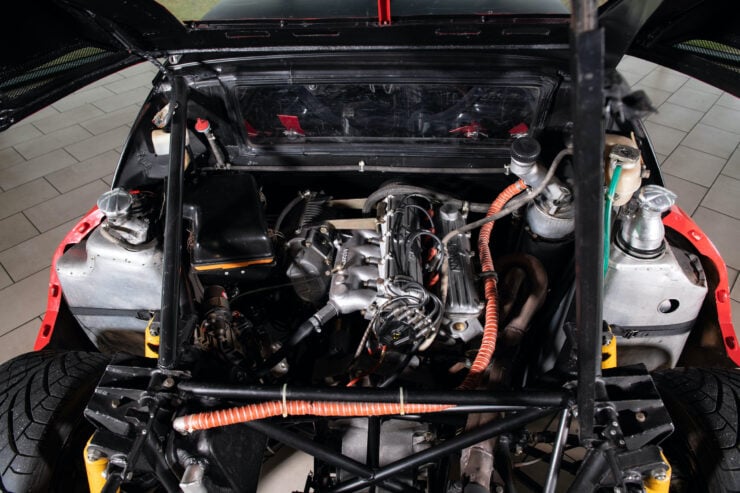 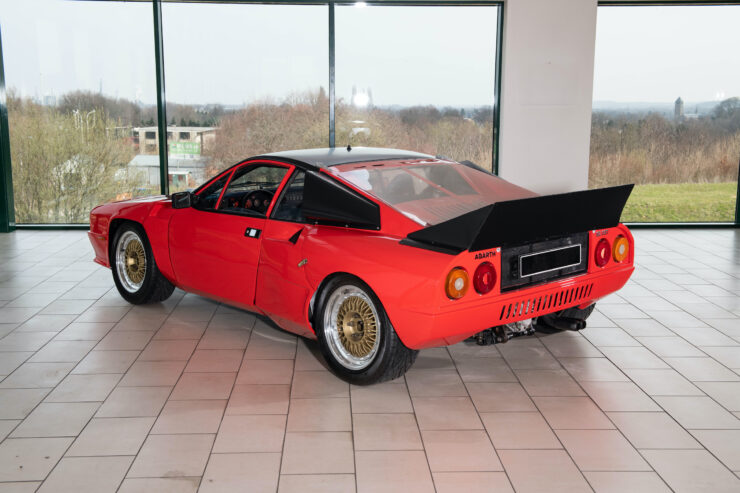 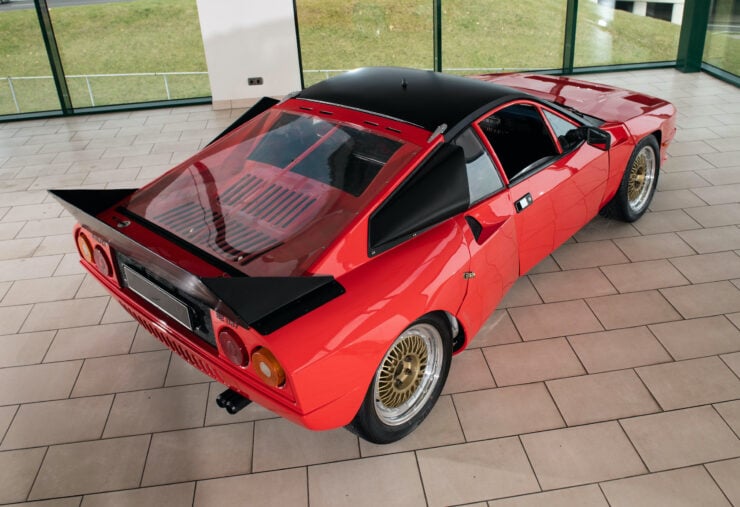