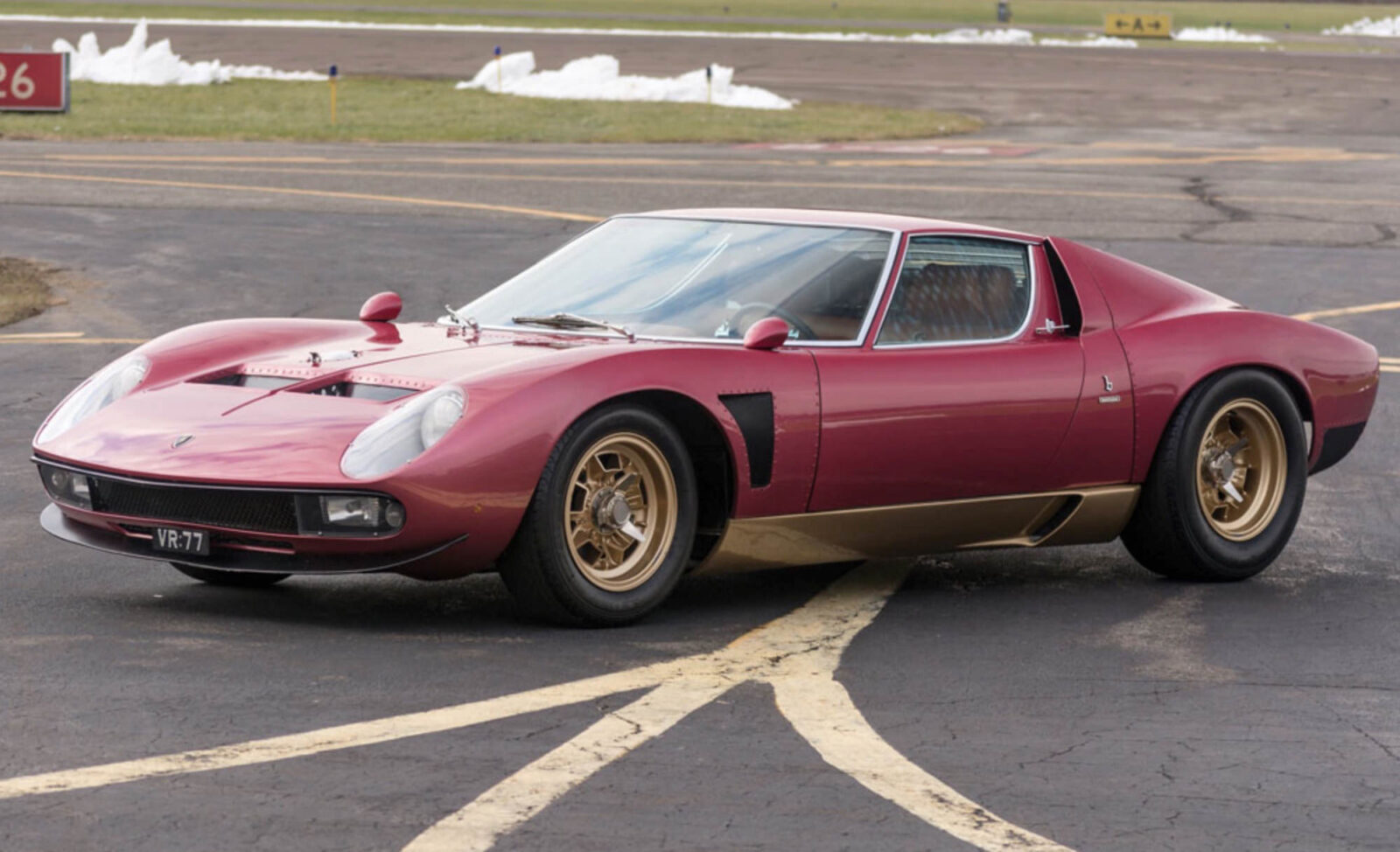 The Lamborghini Miura SVJ is a look into an almost parallel history of the Italian marque, where Ferrucio Lamborghini wanted to take the Miura racing against the likes of Ferrari, Jaguar, Porsche and Ford.

Of course, the reality is that Ferruccio had no interest in motor sport and saw Lamborghini as a company that would make stately luxury cars in the vein of Rolls-Royce or Mercedes-Benz. The only reason the Miura was even developed was because the engineers at Lamborghini worked on it after hours and on weekends, by the time they told Ferruccio about it the lion’s share of the work had been done and as a result, he agreed to fund the rest of the development with a view to using the car as a marketing tool.

It wasn’t until the Miura’s rolling chassis was shown to the general public at the 1965 Turin Salon that Ferruccio and the bean counters at Lamborghini began to see the potential for the car – without even having a body designed or fitted the attendees at Turin were lining up to throw deposit money at Lamborghini representatives.

The design of the body was tasked to Marcello Gandini at Bertone, it would become a touchstone in automotive design that many credit with creating the foundation of the modern supercar.

Despite the extraordinary racing potential for the Miura the car would never be raced, either by the factory or wealthy privateers, and Ferrari would go mostly unchallenged by fellow Italians.

The Miura SVJ was to be the balls-to-the-wall racing version of the model, the front and rear tracks were widened with matching flared arches, the new 440hp V12 with split-sump lubrication was chosen to power it and the chassis was stiffened to better handle the modifications. The J in the name was a reference to Jota – chosen as a reference to the FIA Appendix J division for which the car was developed.

In order to improve weight distribution the spare tire in the prototype was moved to just behind the engine and the fuel tank was removed from the nose and split into two tanks mounted in the sills. The glass was then removed and replaced with cut to measure plexiglass and the entire body was formed from riveted aluminium sheets – cutting the kerb weight to 1,785 lbs (810 kilograms). 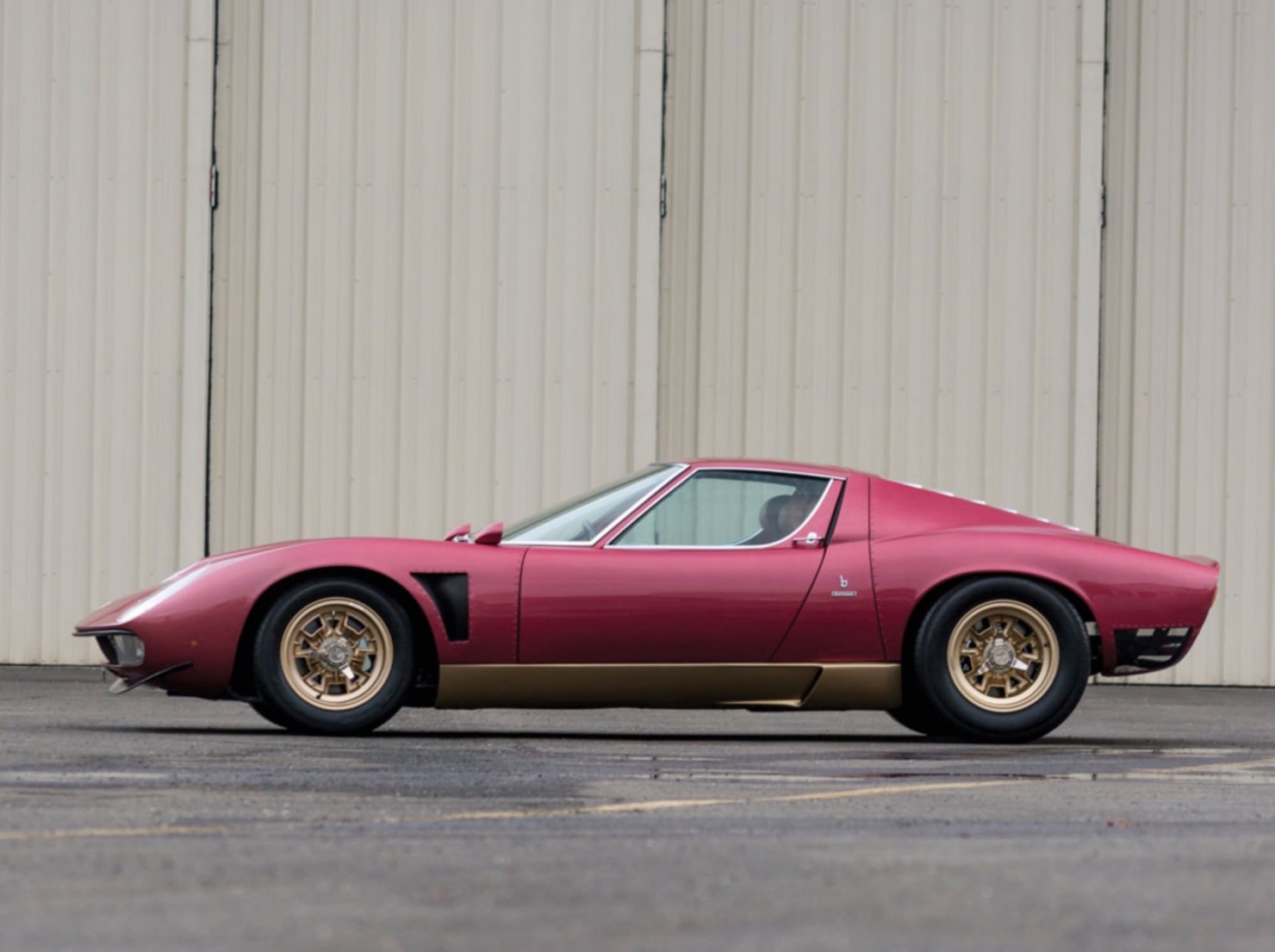 Once the SVJ was completed it was displayed to an enamoured public at the Geneva Salon in 1971 – frustratingly, Ferruccio Lamborghini then scheduled to have the car scrapped. Fortunately this never took place and the original was sold on to a private millionaire collector – who then proceeded to crash the car beyond repair.

In the years immediately after this took place Lamborghini began to take special orders to convert normal Miura SVs to SVJ specification. Only a handful were built before attention shifted to the new Lamborghini Countach in 1974 – a car with styling so groundbreaking that the SVJ was all but forgotten.

The tiny number of surviving SVJs and the icon status currently enjoyed by the Lamborghini Miura has led to a predictably sharp spike in values, the restored example you see here has been valued at between $2,000,000 to $2,600,000 and is due to be auctioned by RM Auctions in Arizona on the 15th of January 2015 – if you’d like to view the listing you can click here. 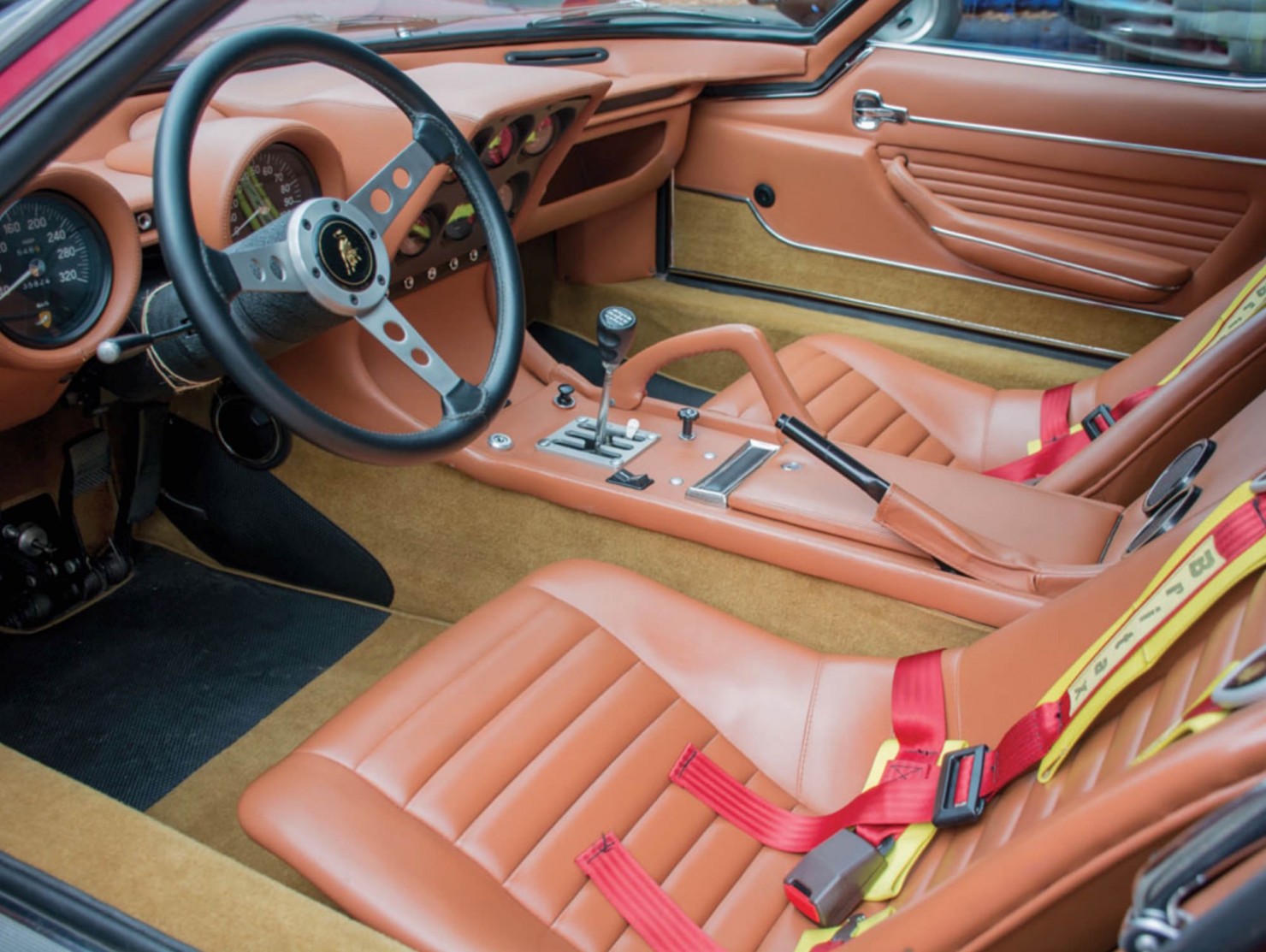 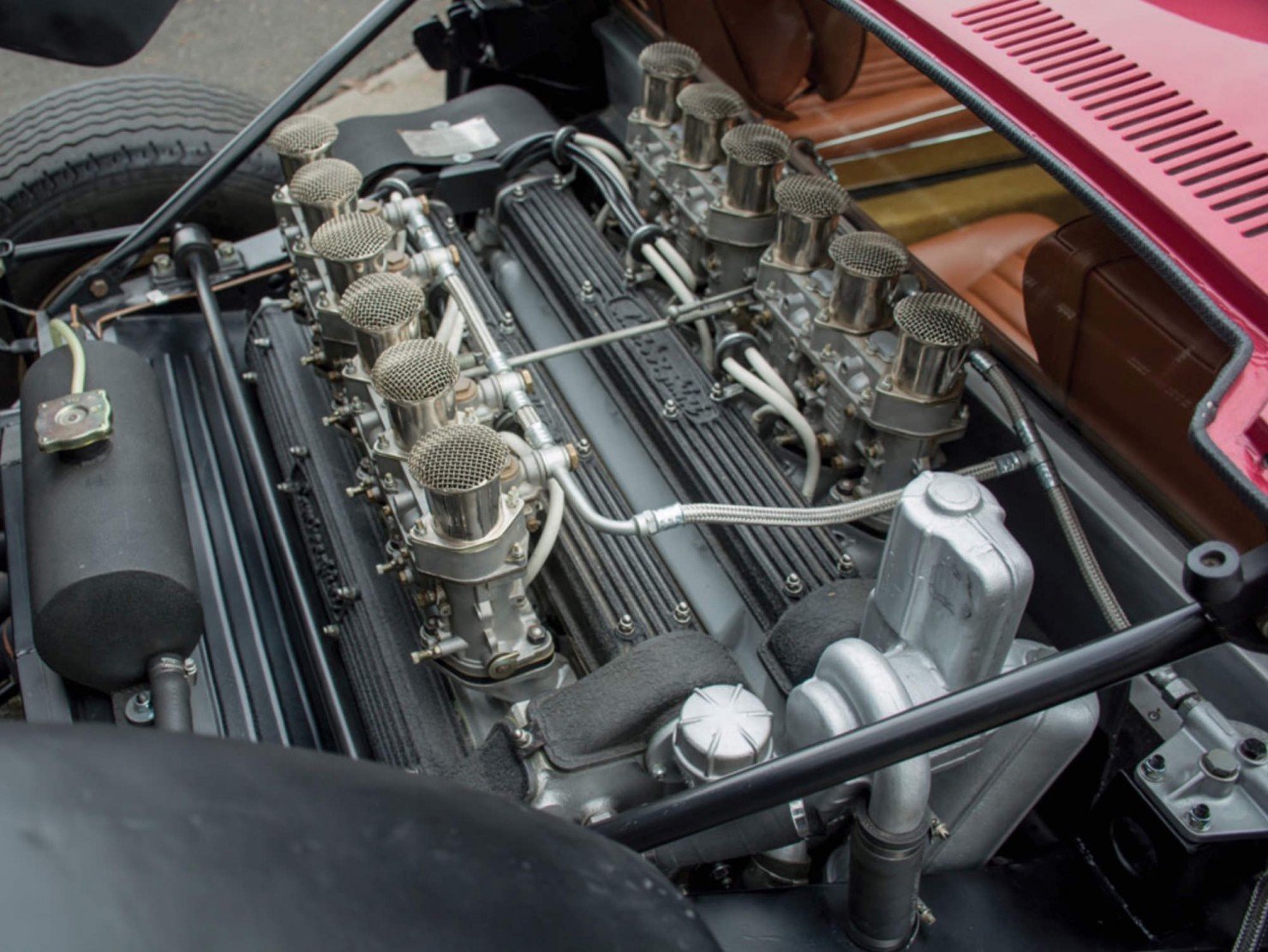 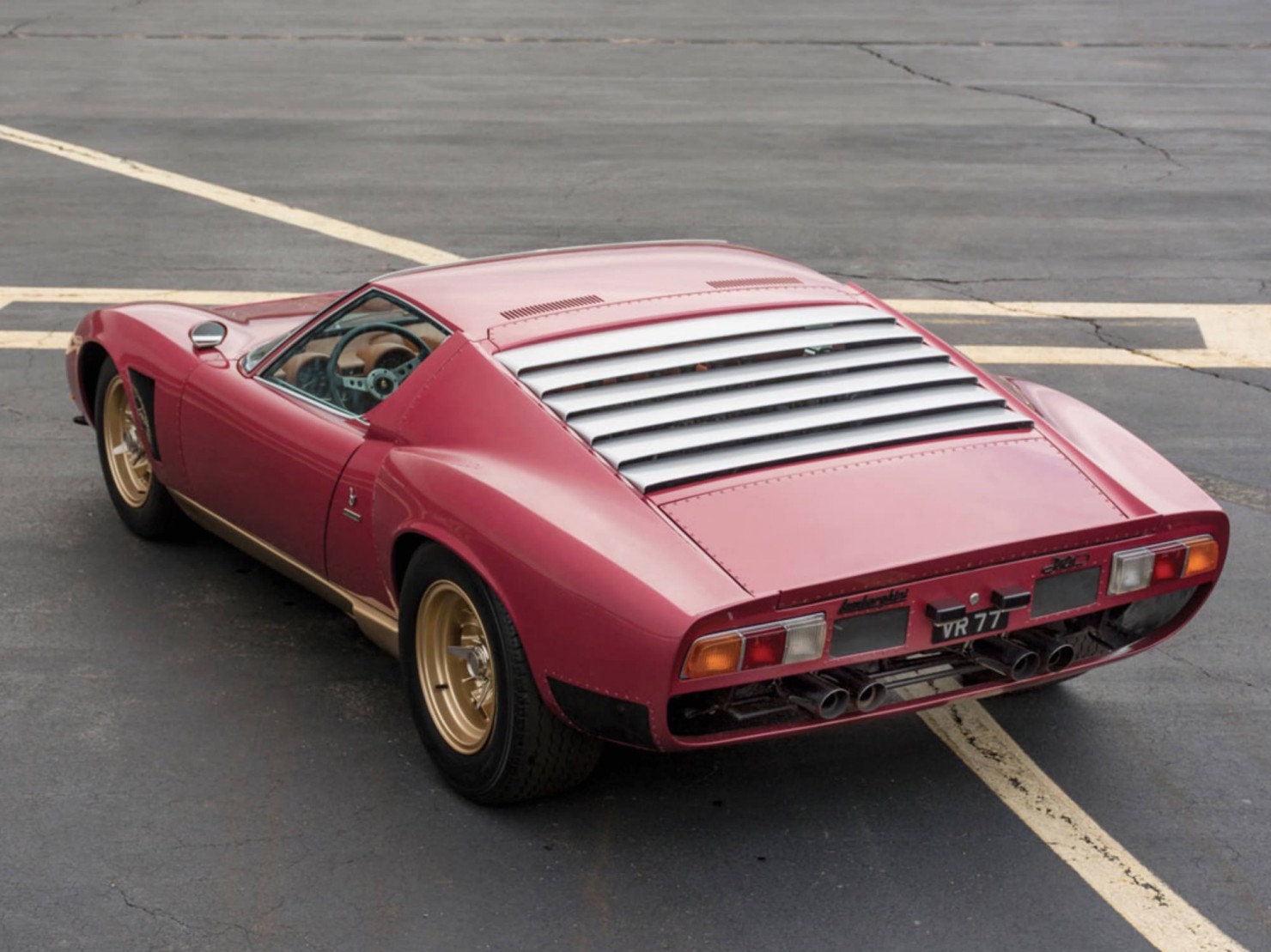 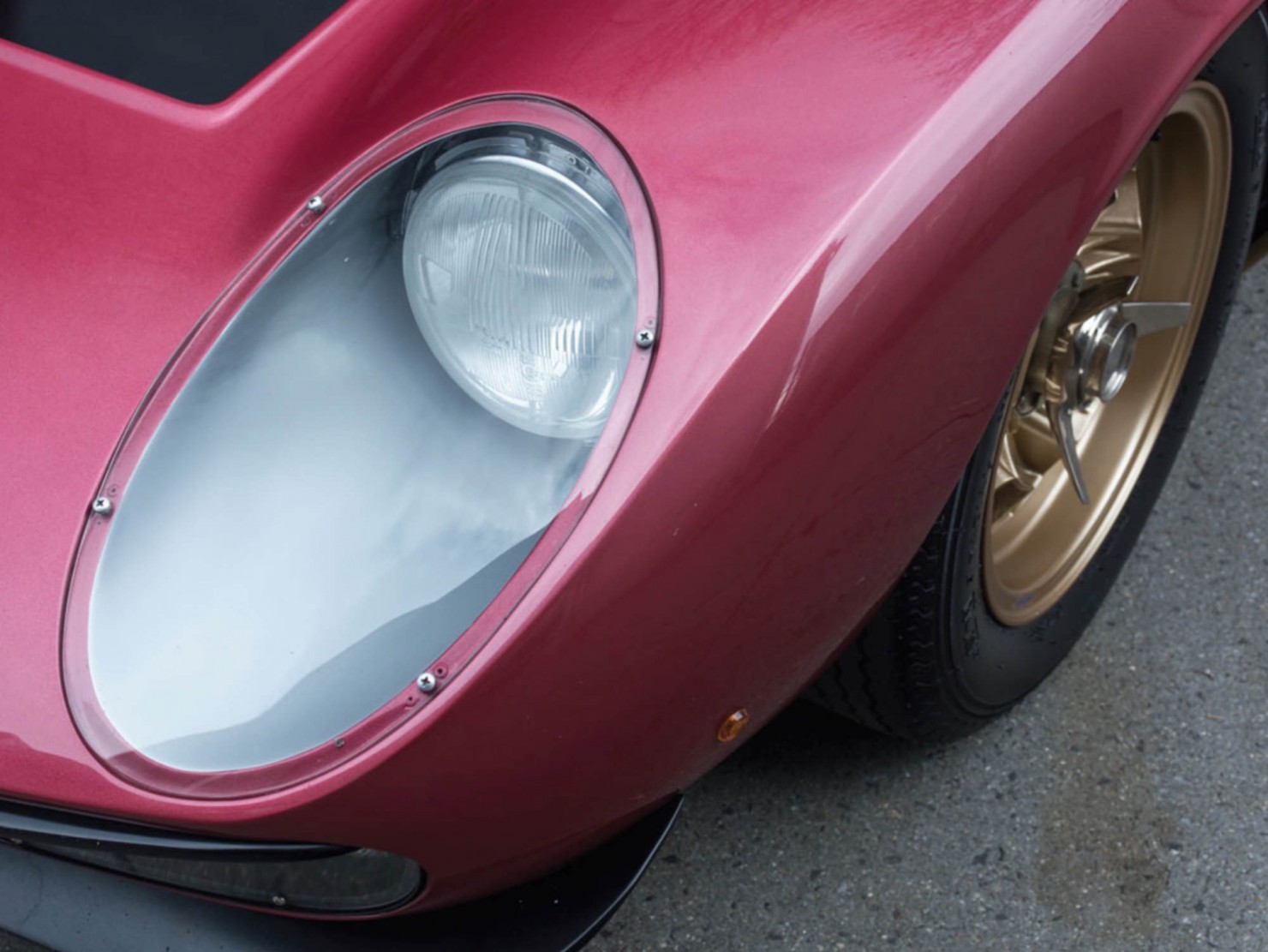 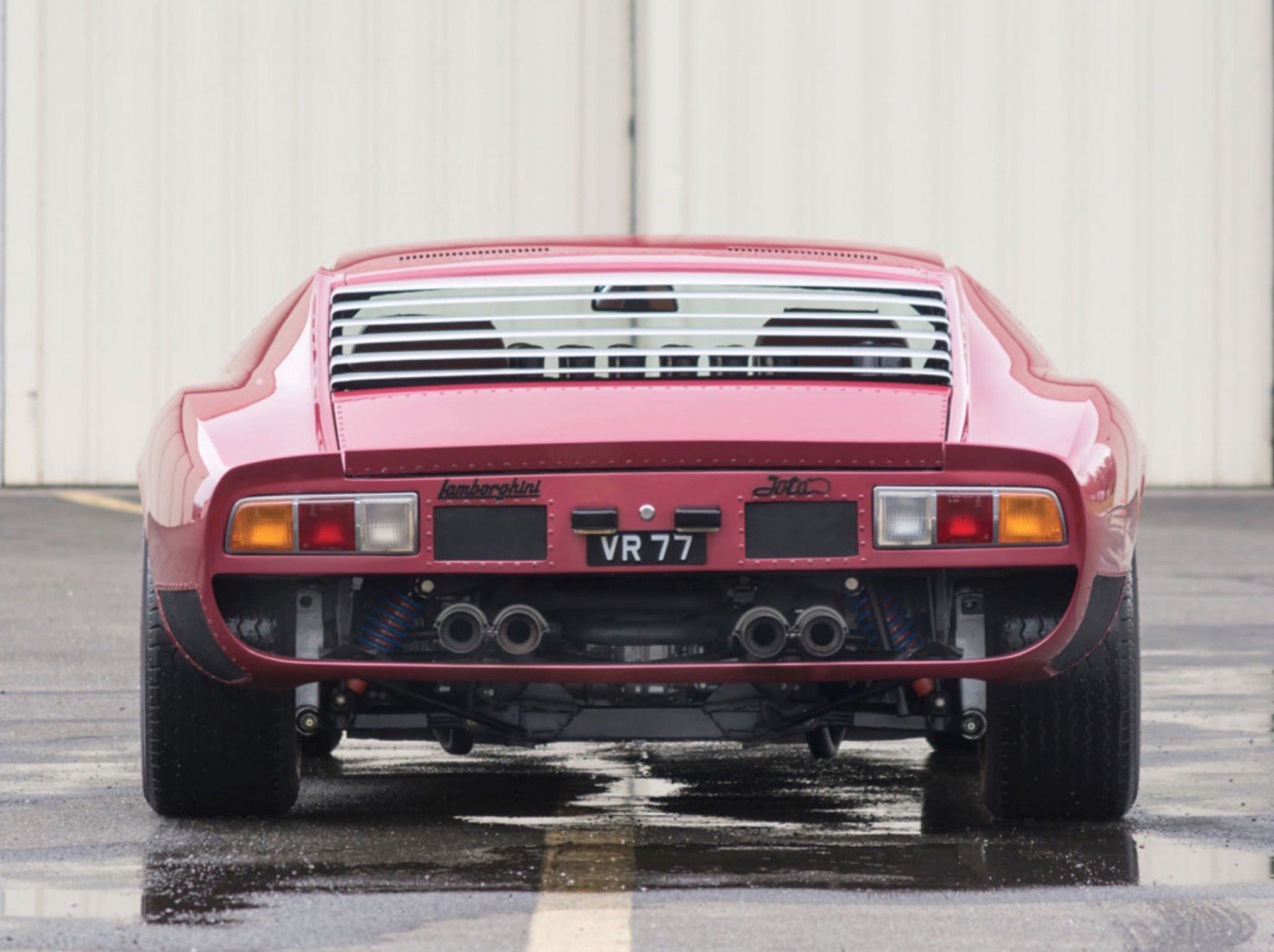 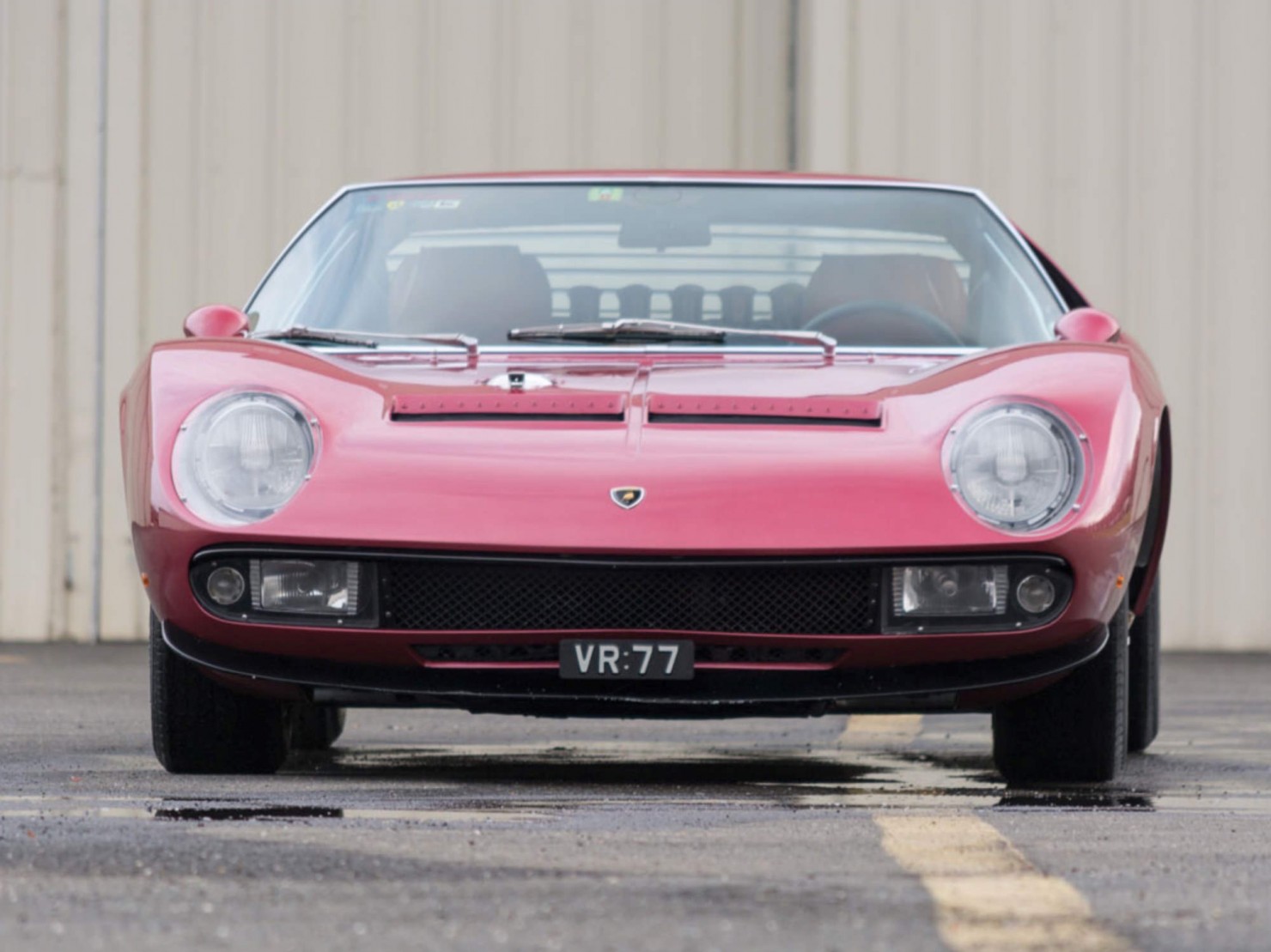 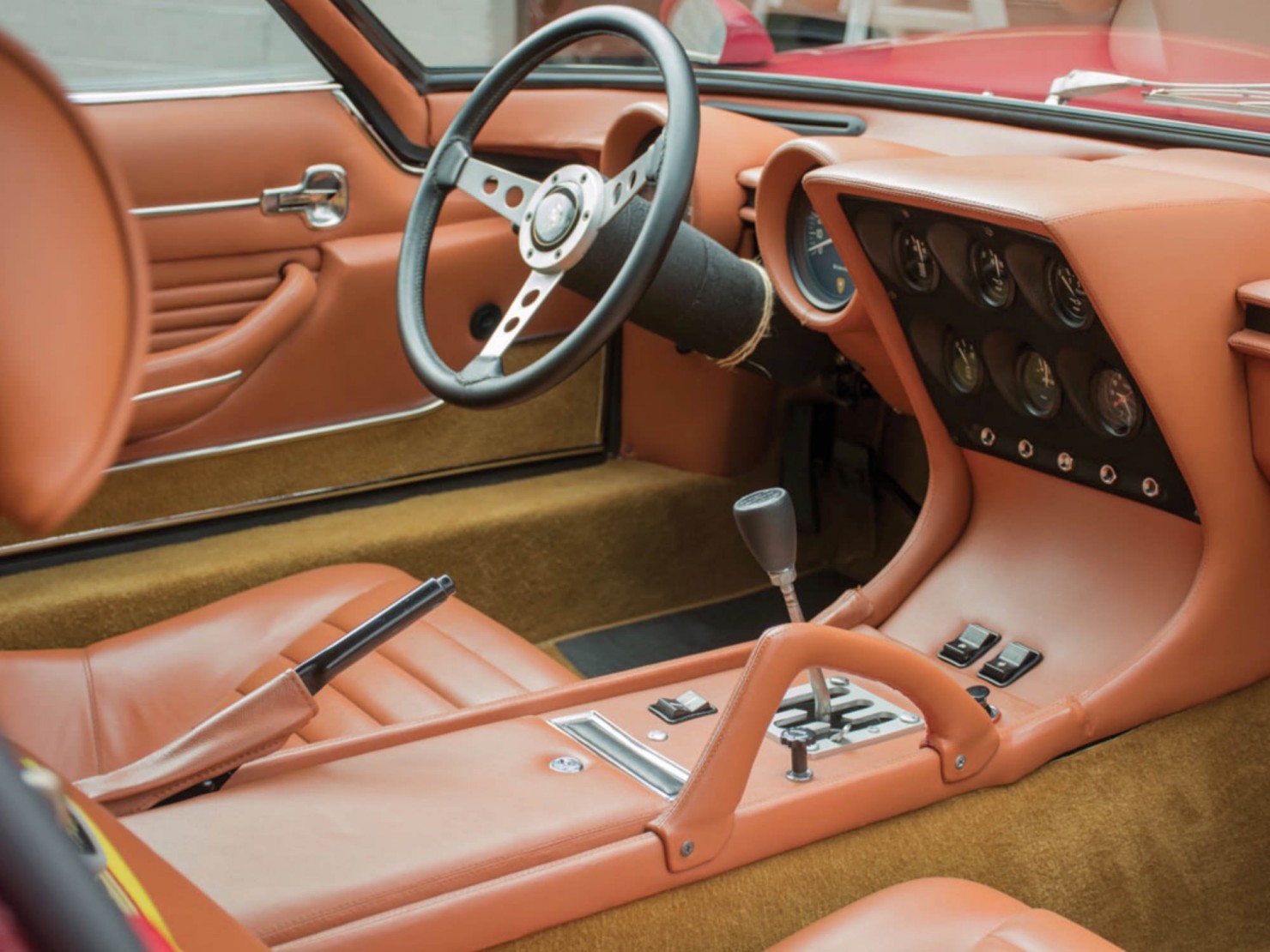 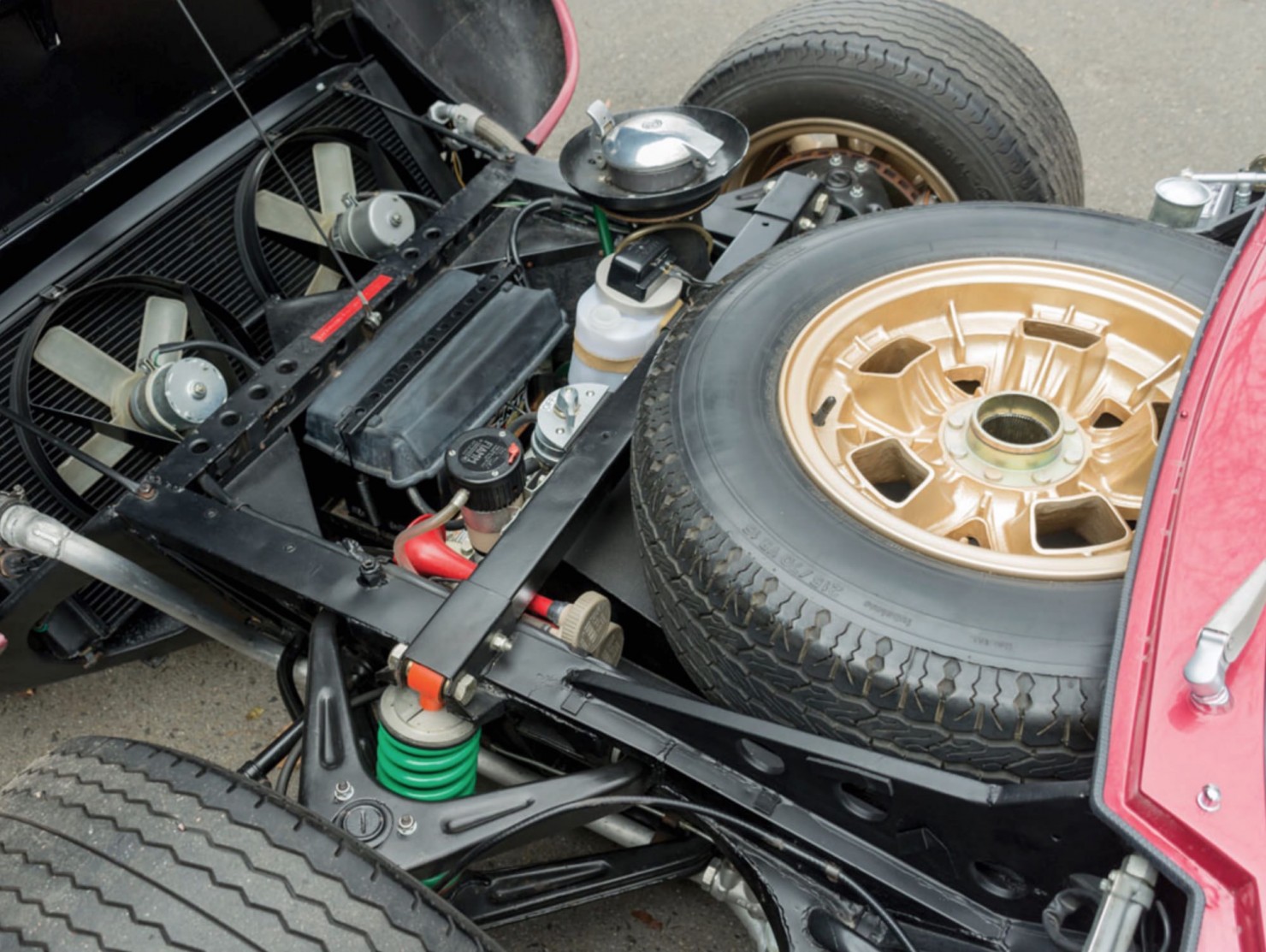 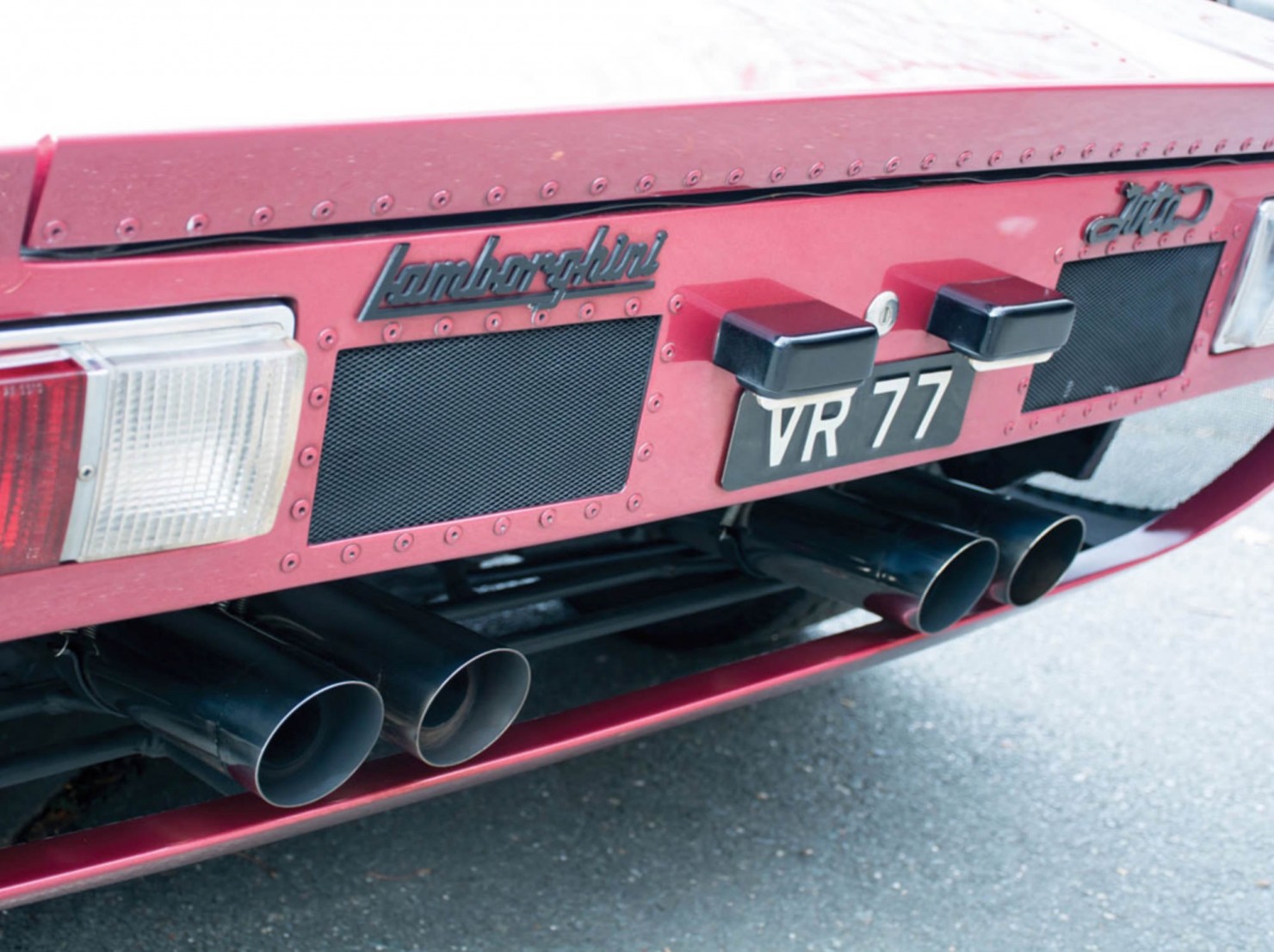 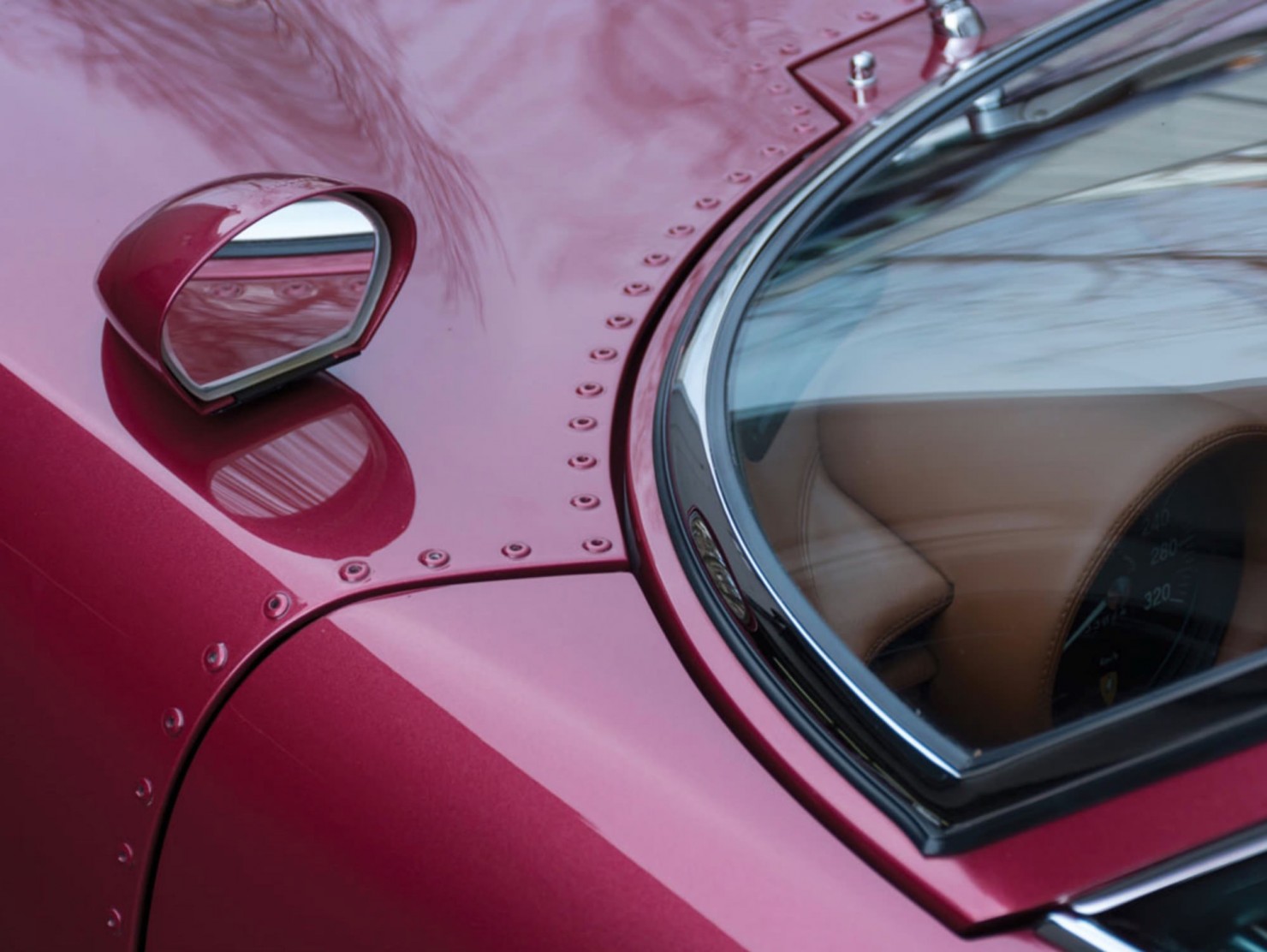 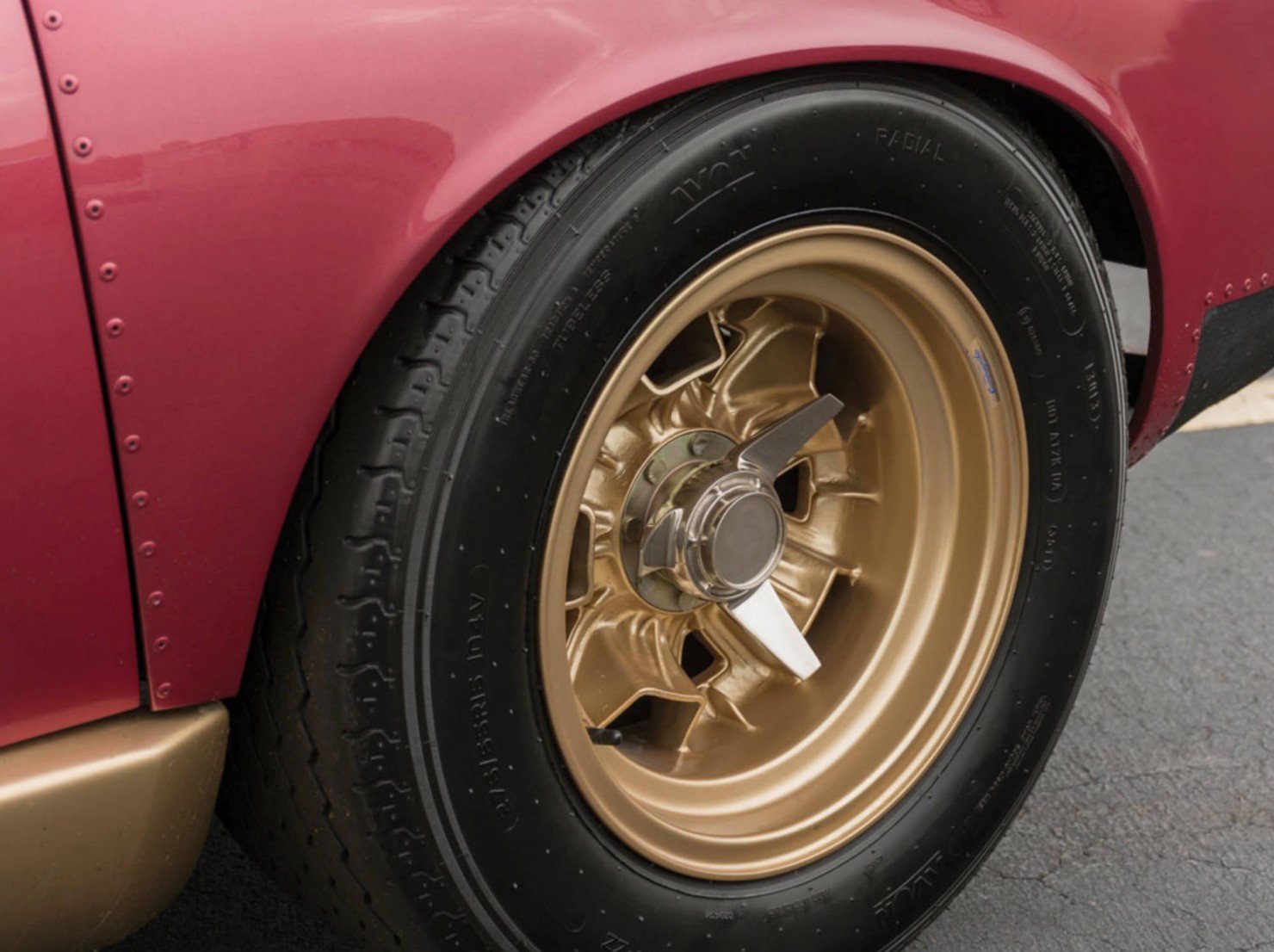 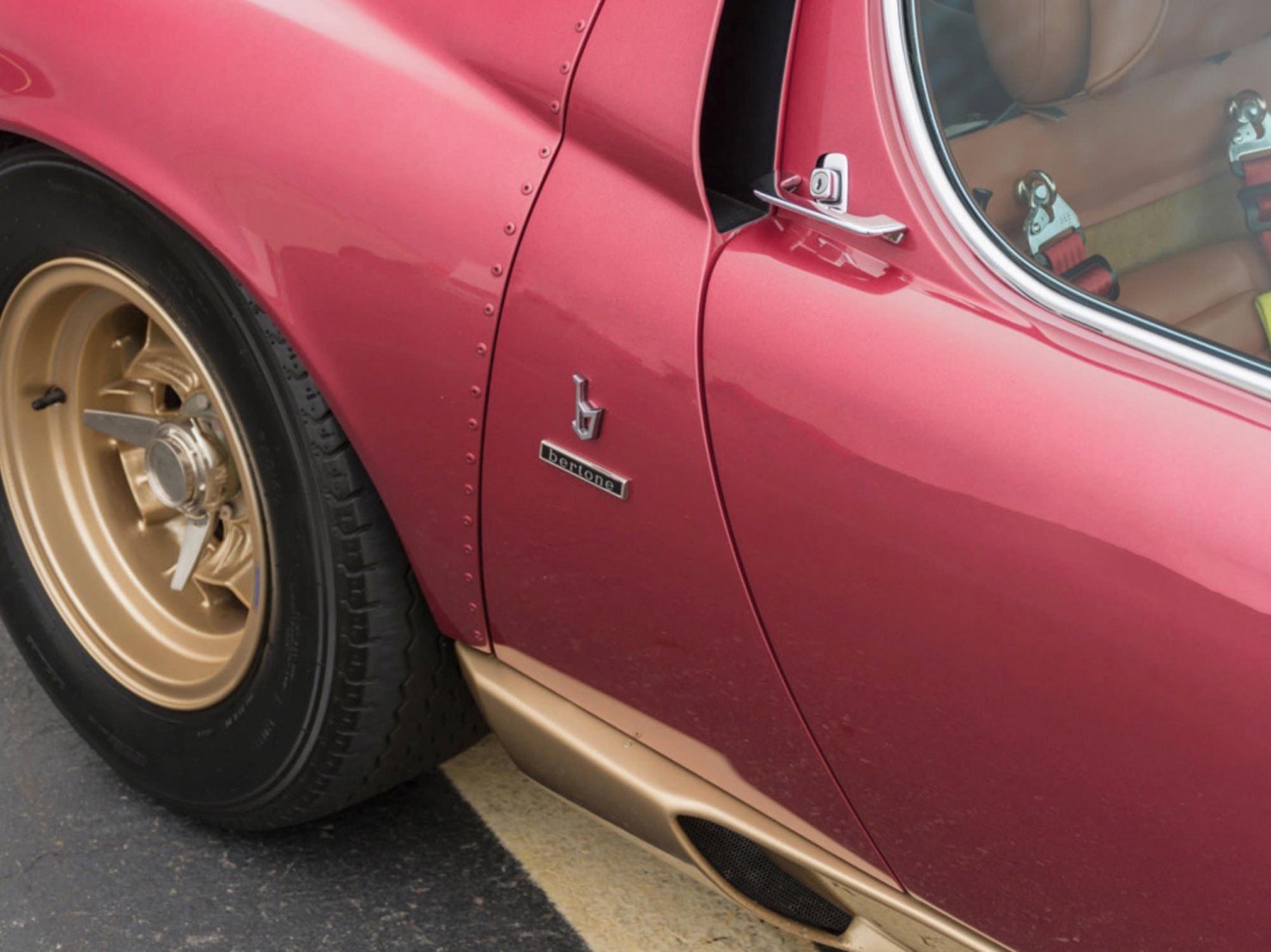 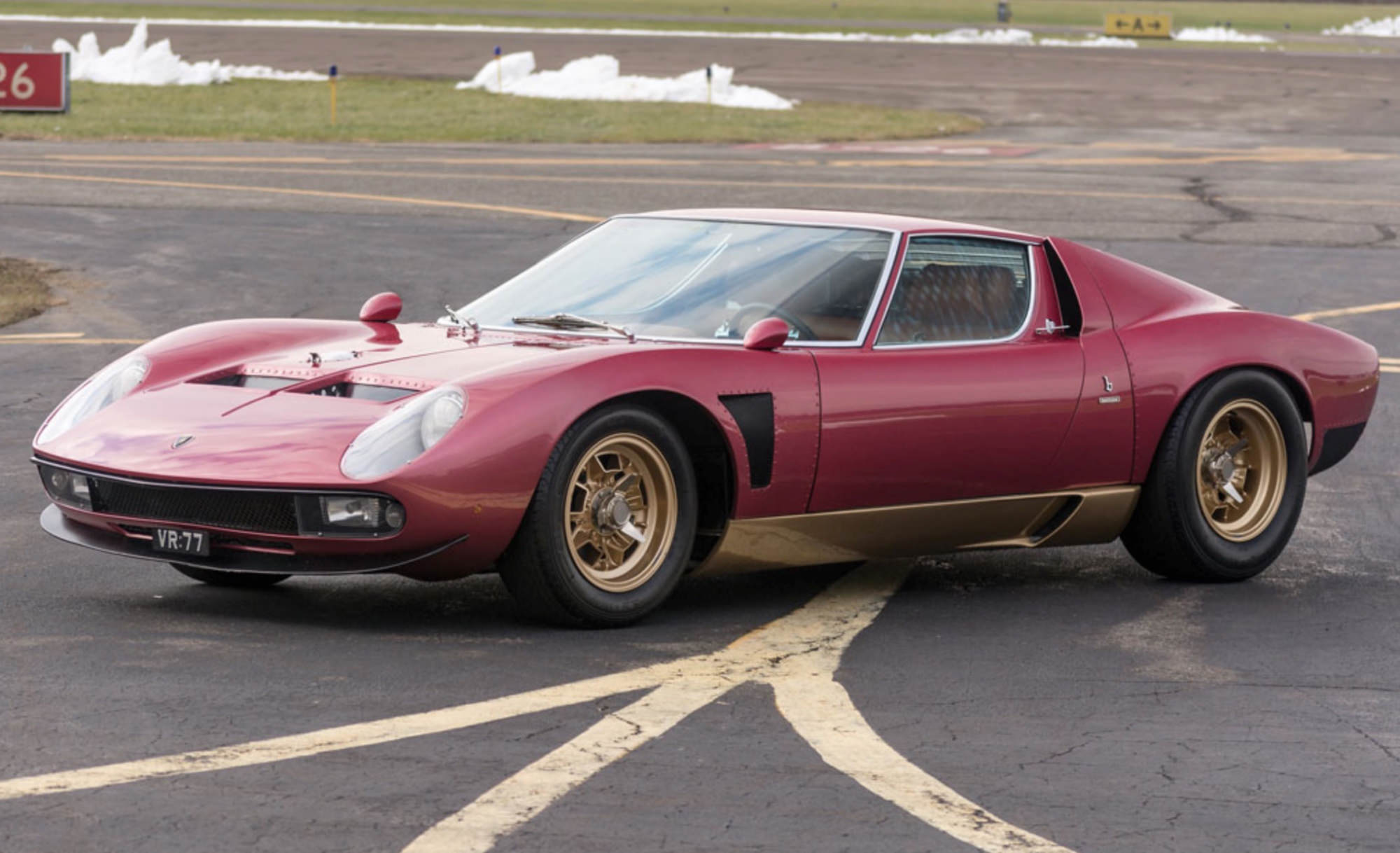