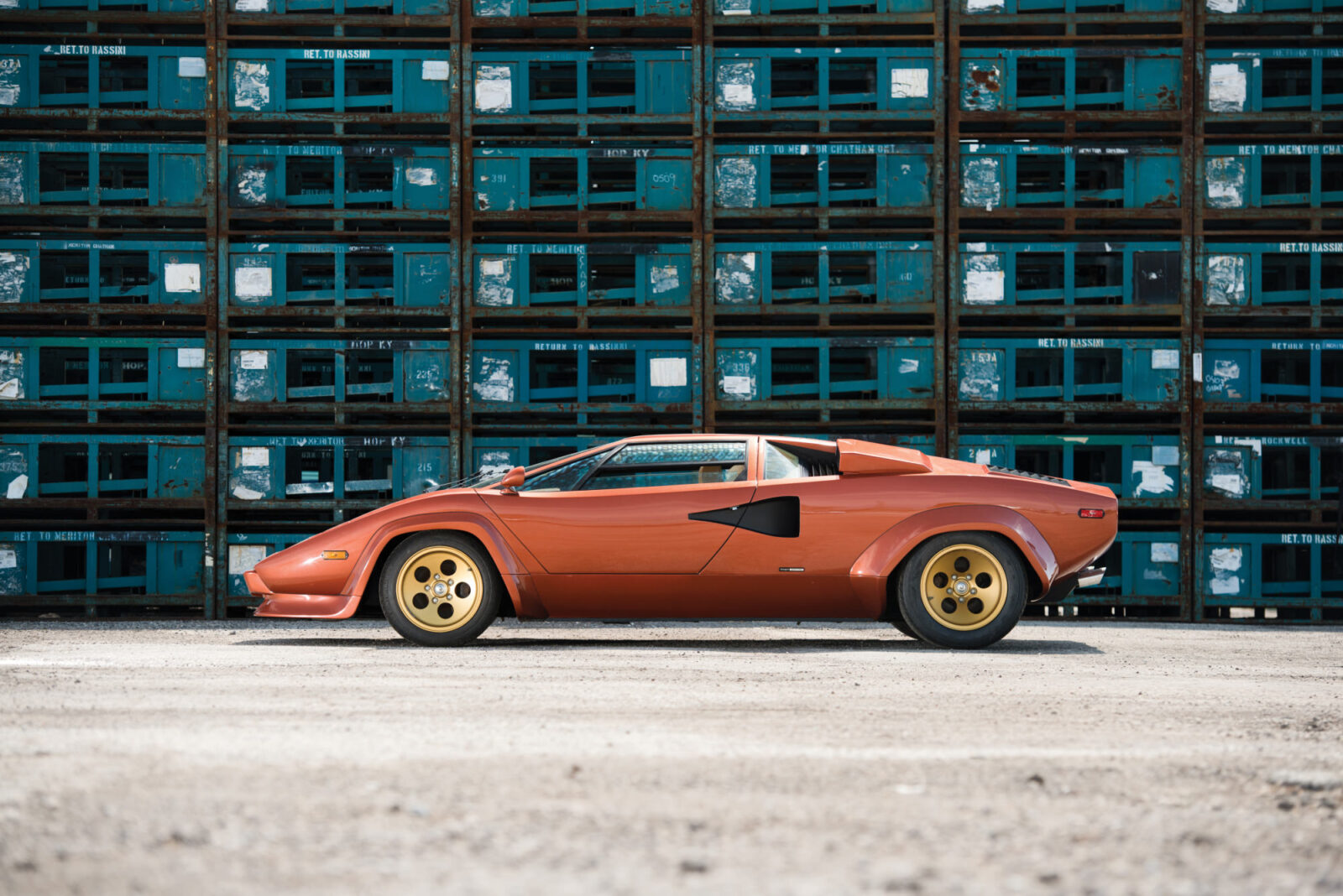 It isn’t commonly known that the first production Lamborghini Countach ever made was shipped to a customer all the way over in Australia, this slightly unusual bit of trivia would be the first in a long line of extraordinary facts surrounding what is commonly referred to as the first “modern” supercar.

The LP400S Series I Lamborghini Countach was the second generation of the model, released in 1978. The first 50 of these cars are labelled “Series I” and are characterised by their lower suspension, Stewart Warner gauges and 1.8 inch carburettors.

All of the LP400S Lamboghinis had what would become the quintessential Countach “body kit” – flared wheel arches and the optional spoiler that had been designed to improve high-speed stability. The only downside of the spoiler was that it lowered the top speed by ~10mph, which some purists furiously decried.

The Series I LP400S Lamborghini Countach you see here is a 1979 model, it’s a colour that I’ve never seen on the Countach and I have to admit that I like it in spite of myself, it seems like it shouldn’t work but it really does – especially when coupled with those stunning gold anodised wheels.

This is one of the relatively rare versions that wasn’t fitted with the optional spoiler, and although it may make the car a little twitchy at speeds in excess of 120mph, the beautifully sharp-edged Bertone lines remain unspoiled (*awful pun alert*). If you’d like to see more of this LP400S or if you’d like to register to bid on it at the upcoming Monterey Auction in August, you can click here. 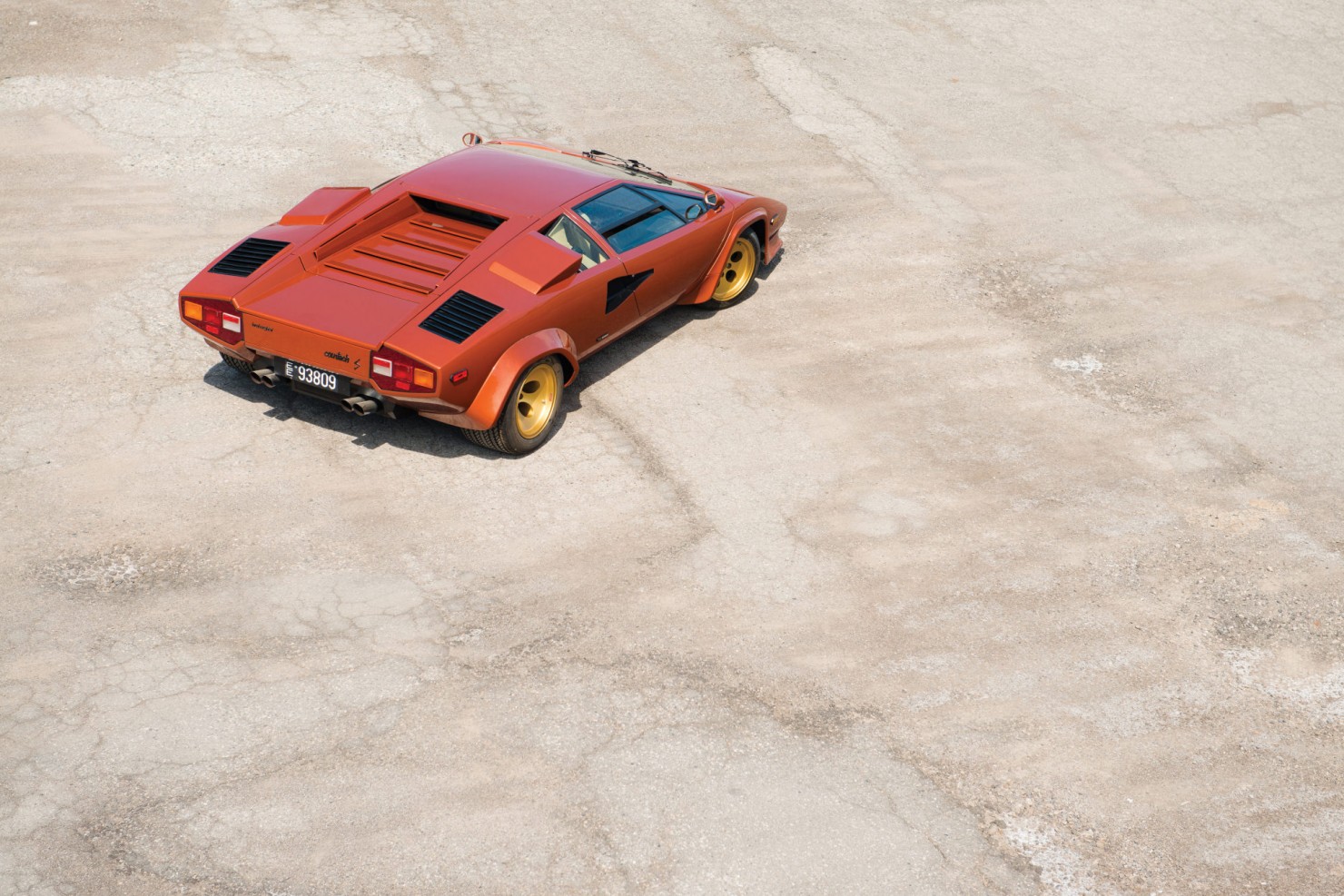 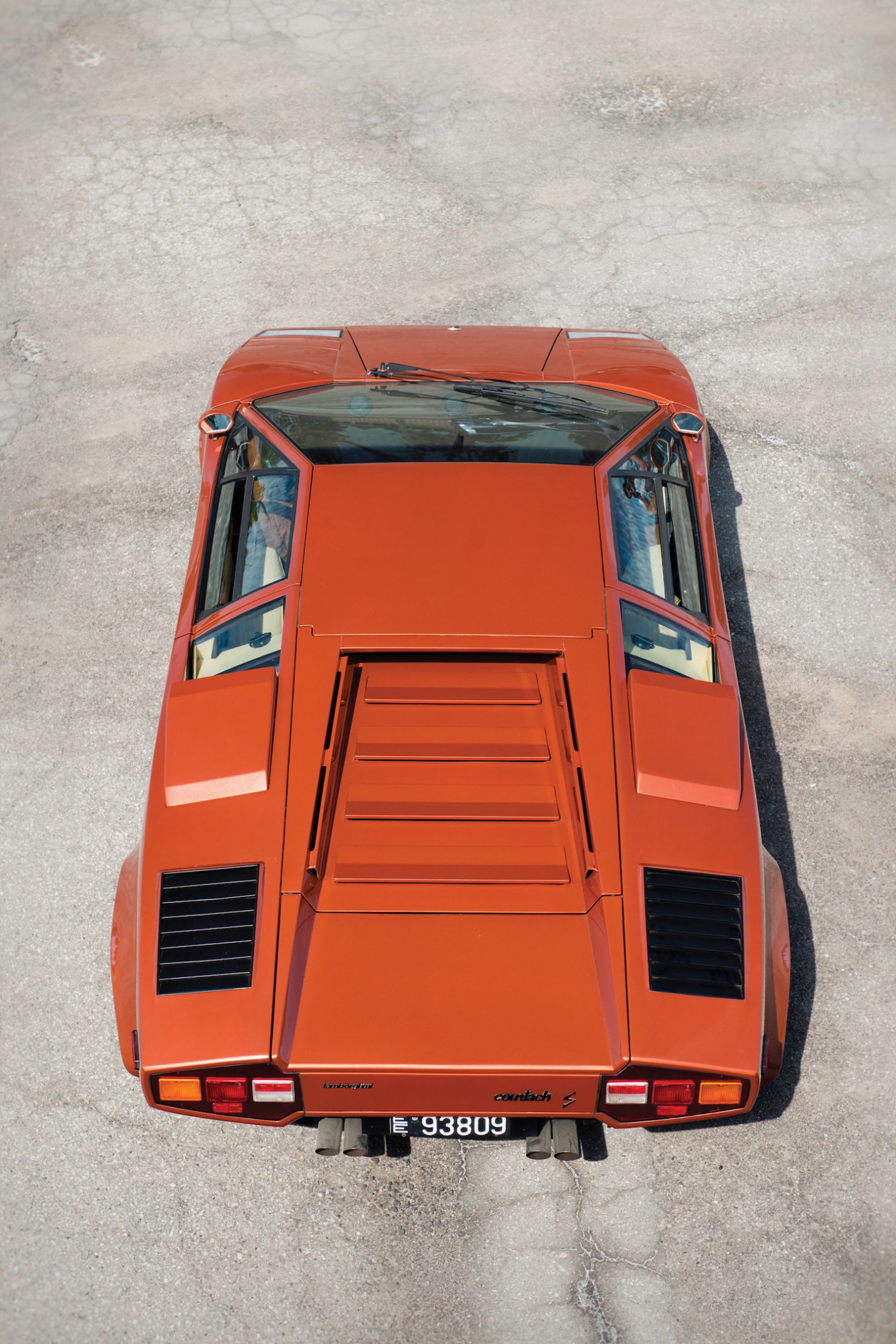 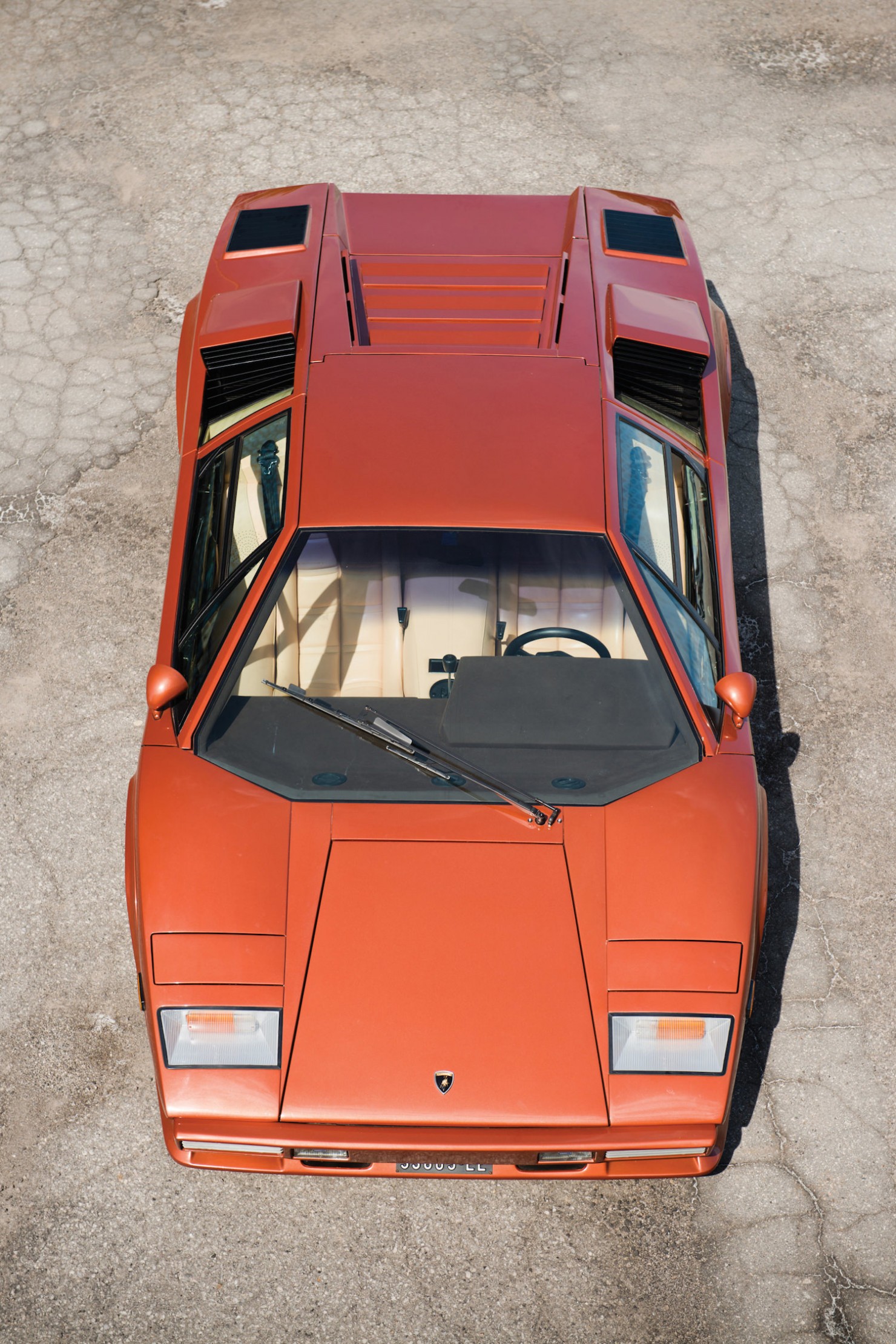 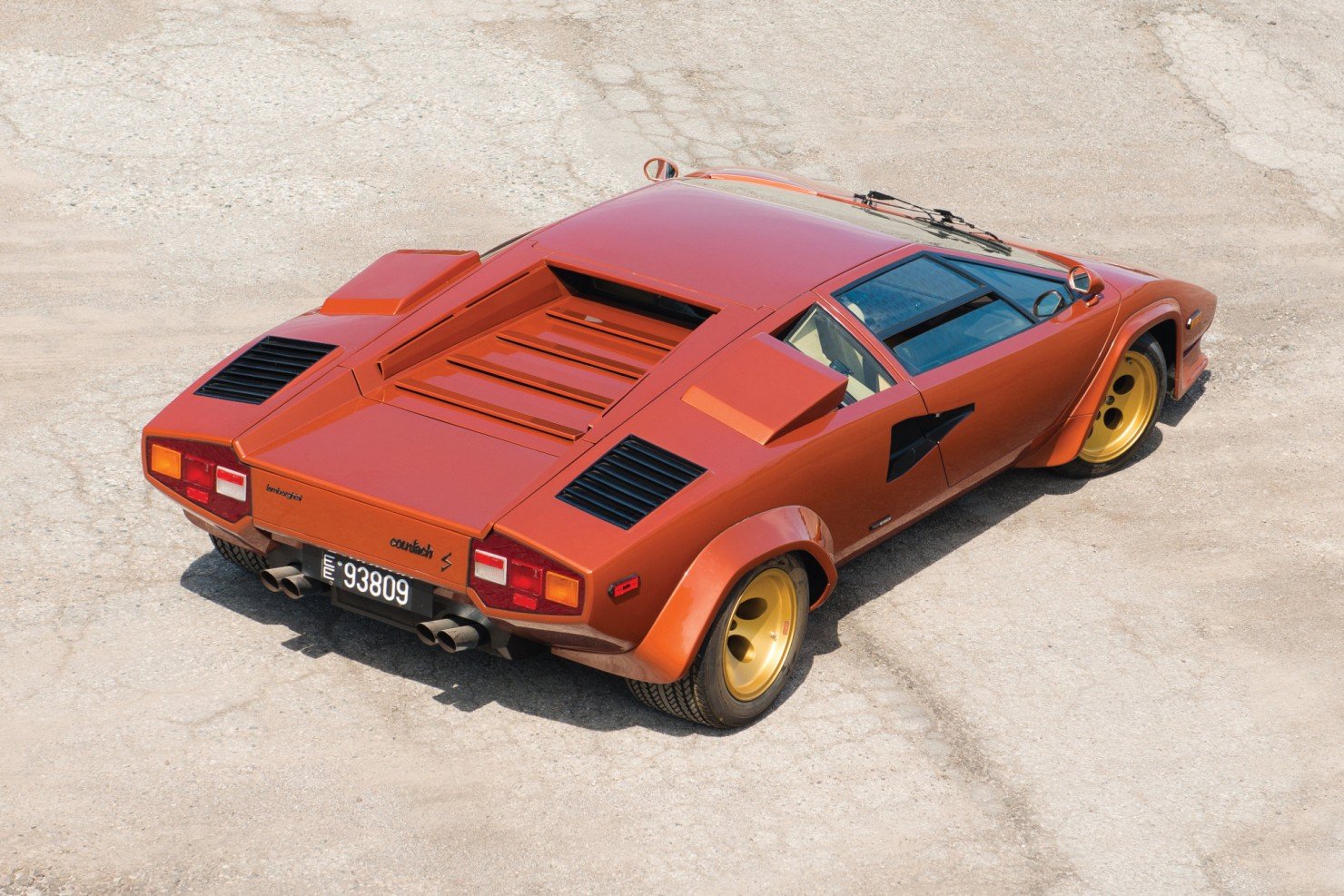 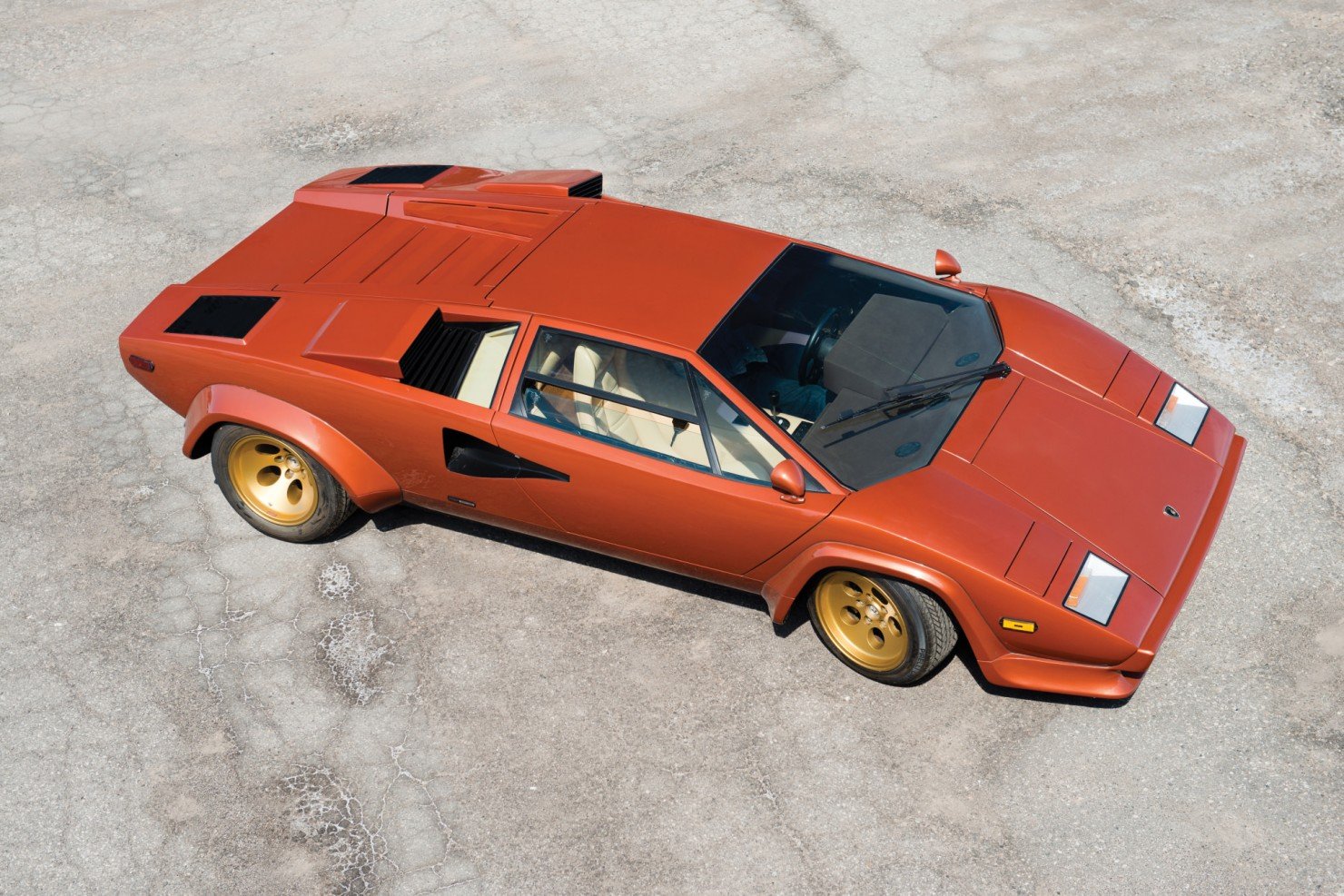 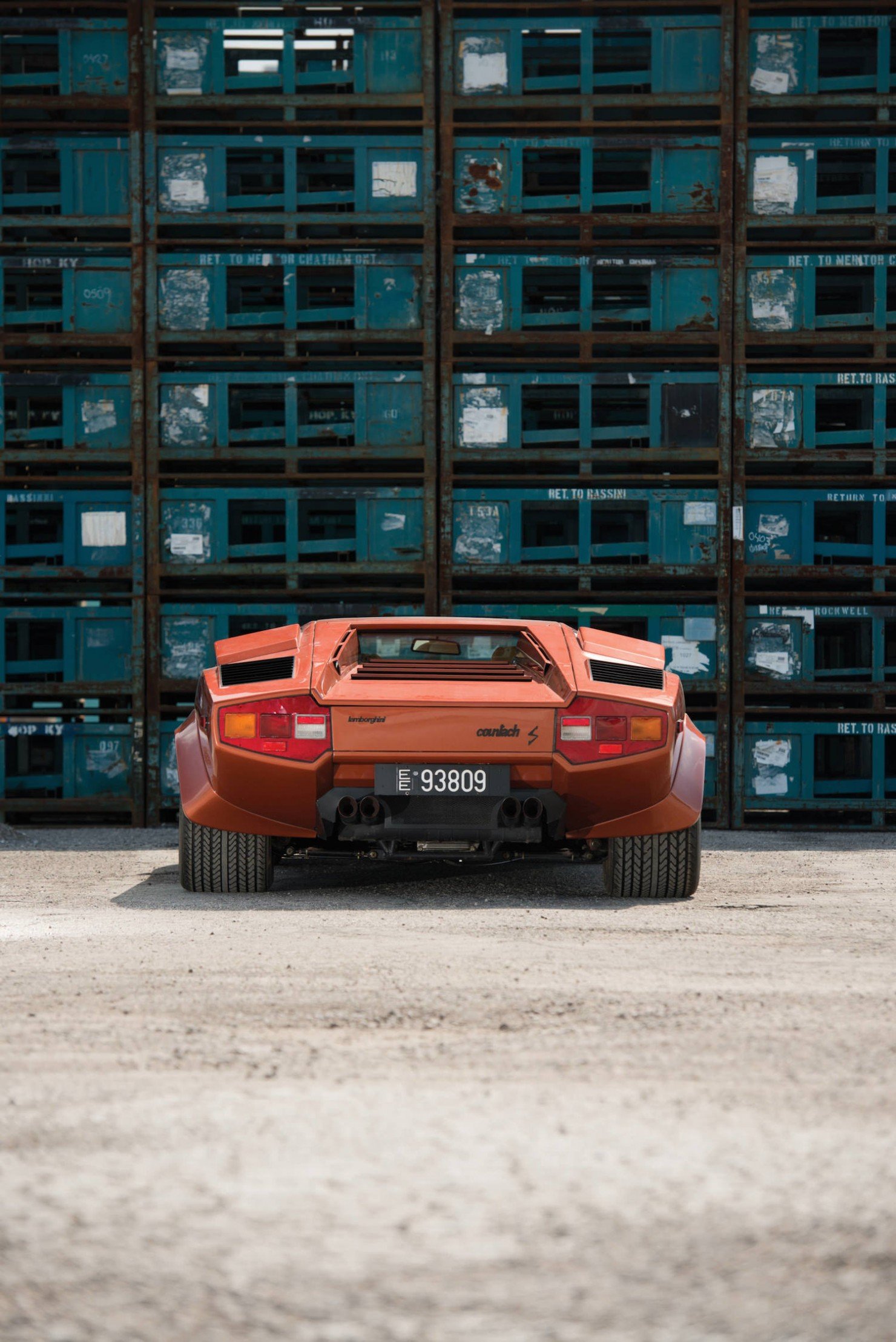 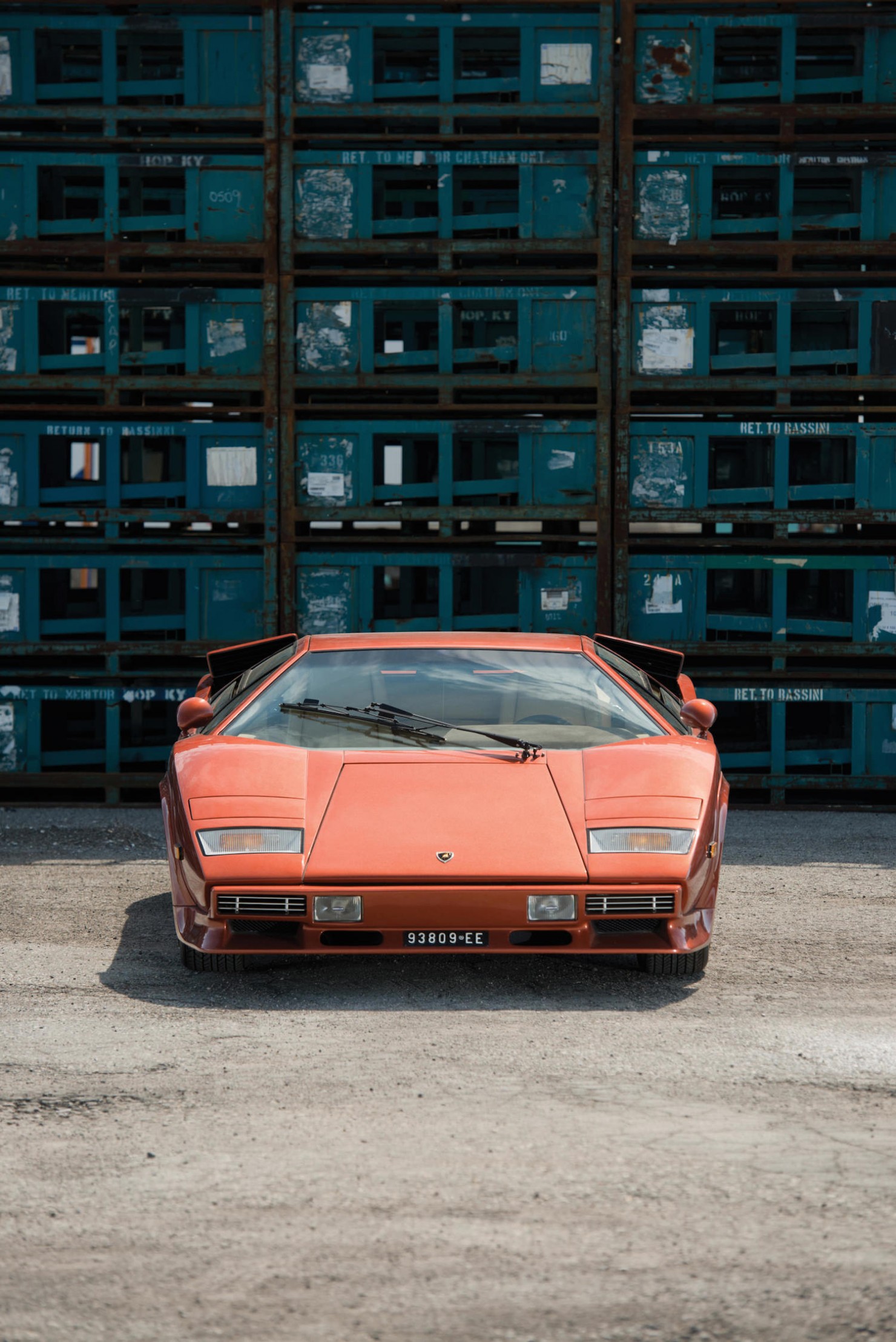 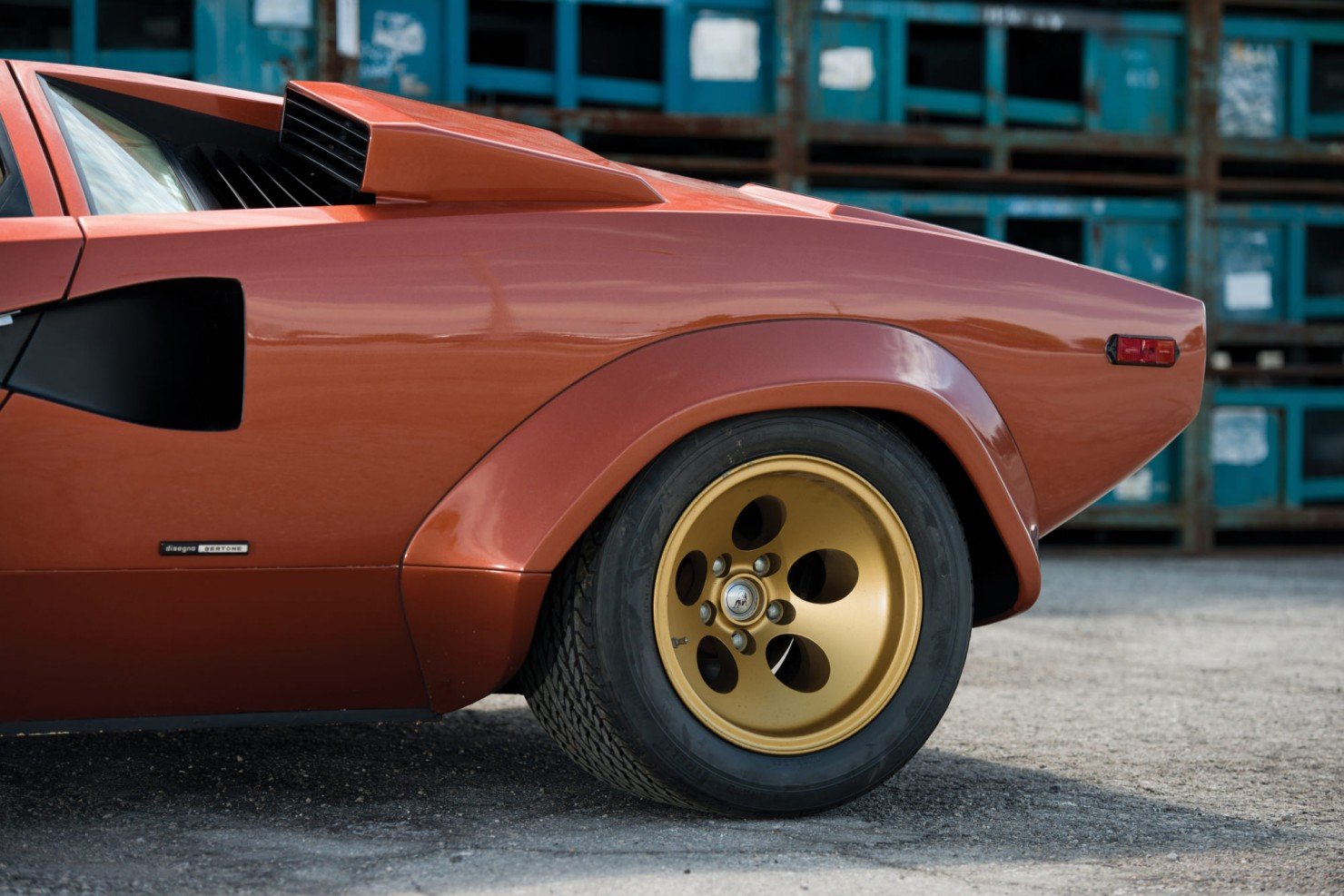 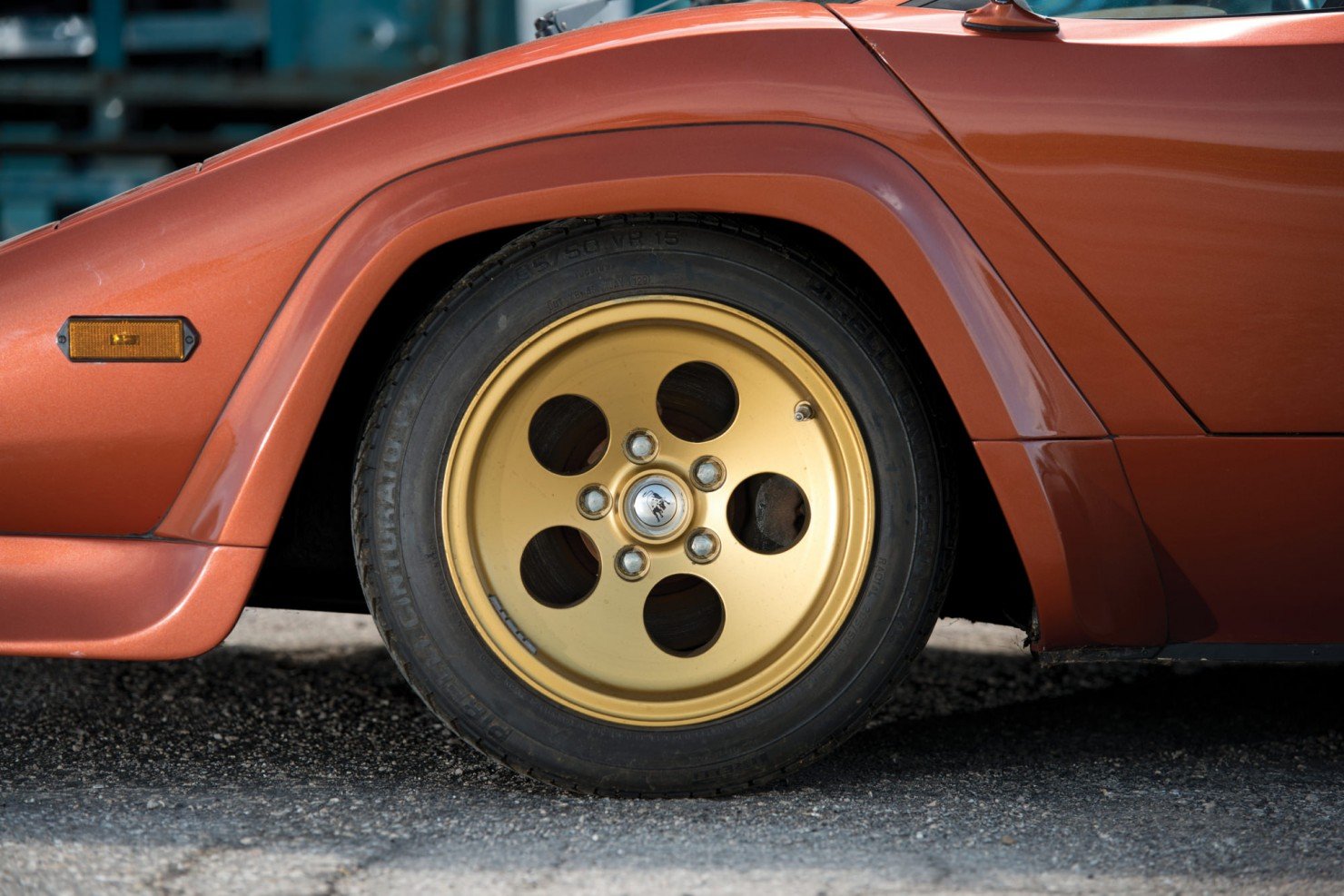 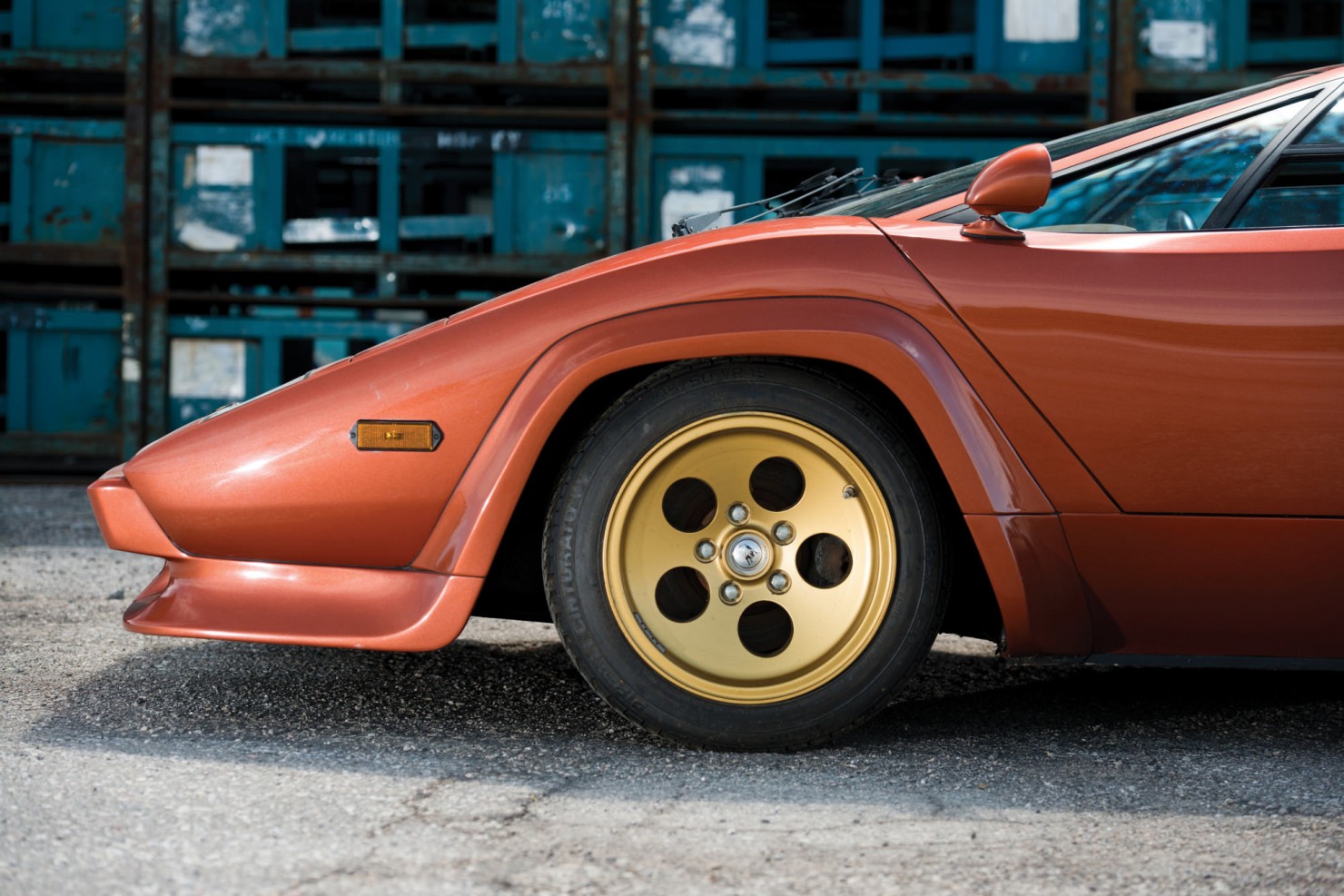 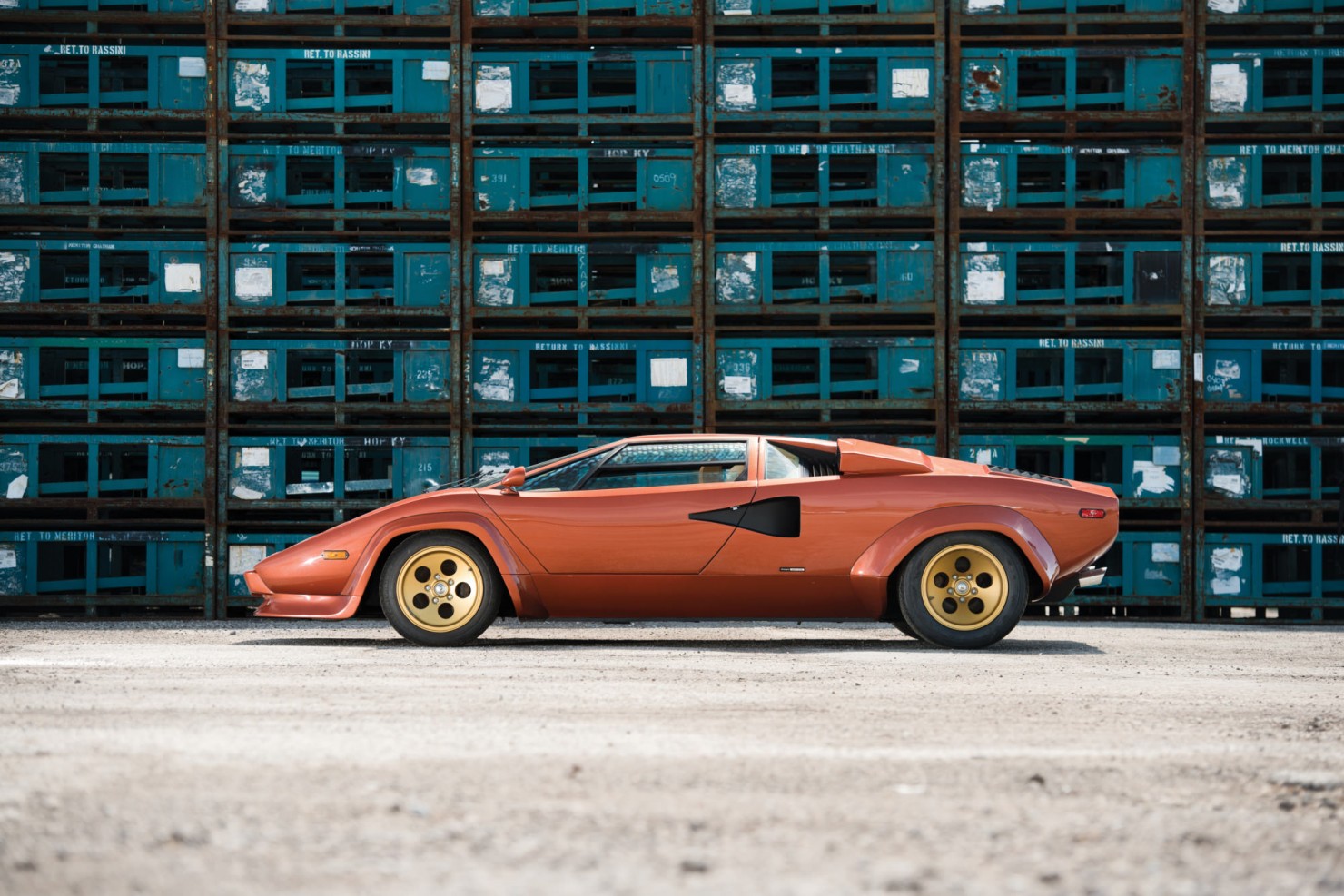 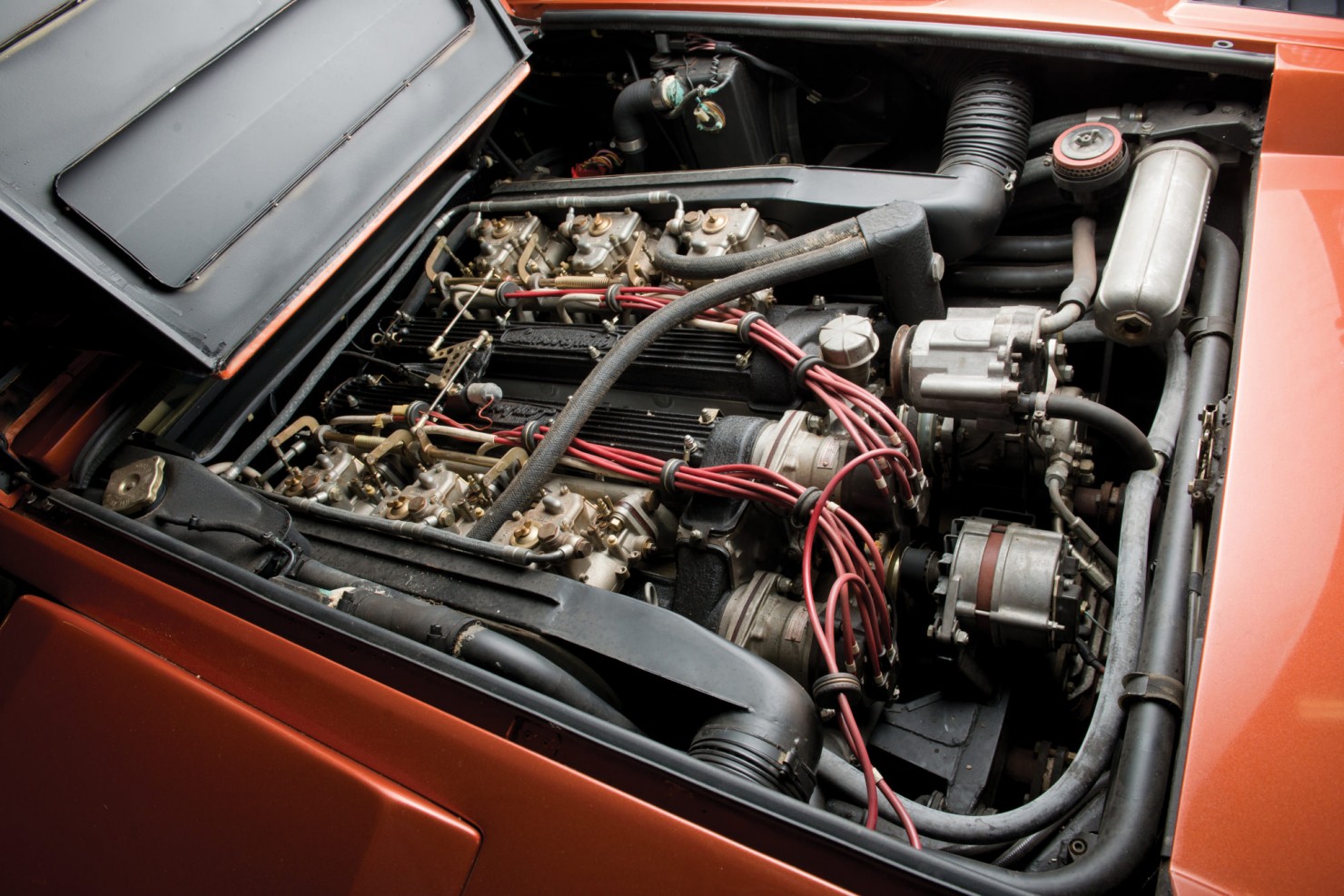 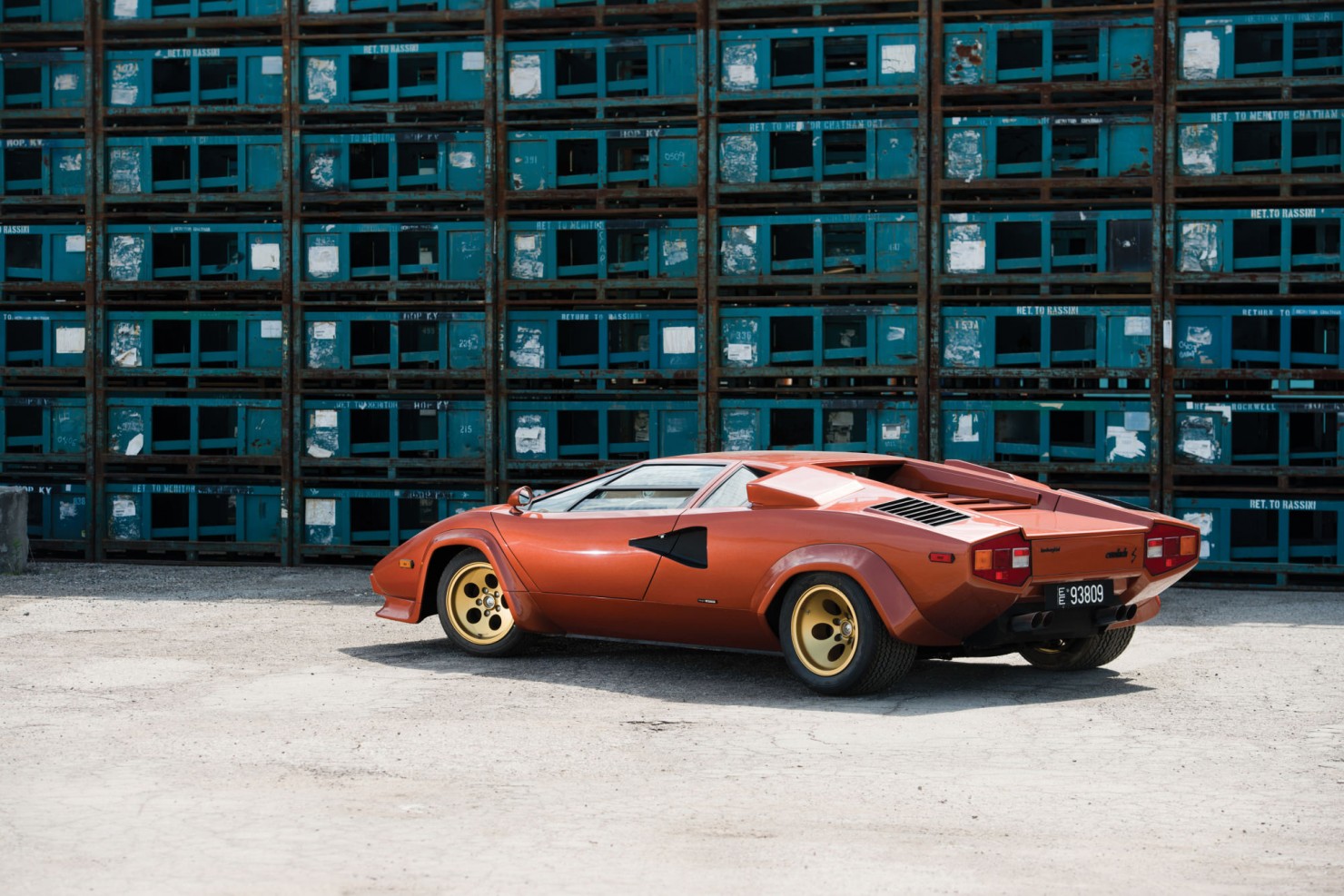 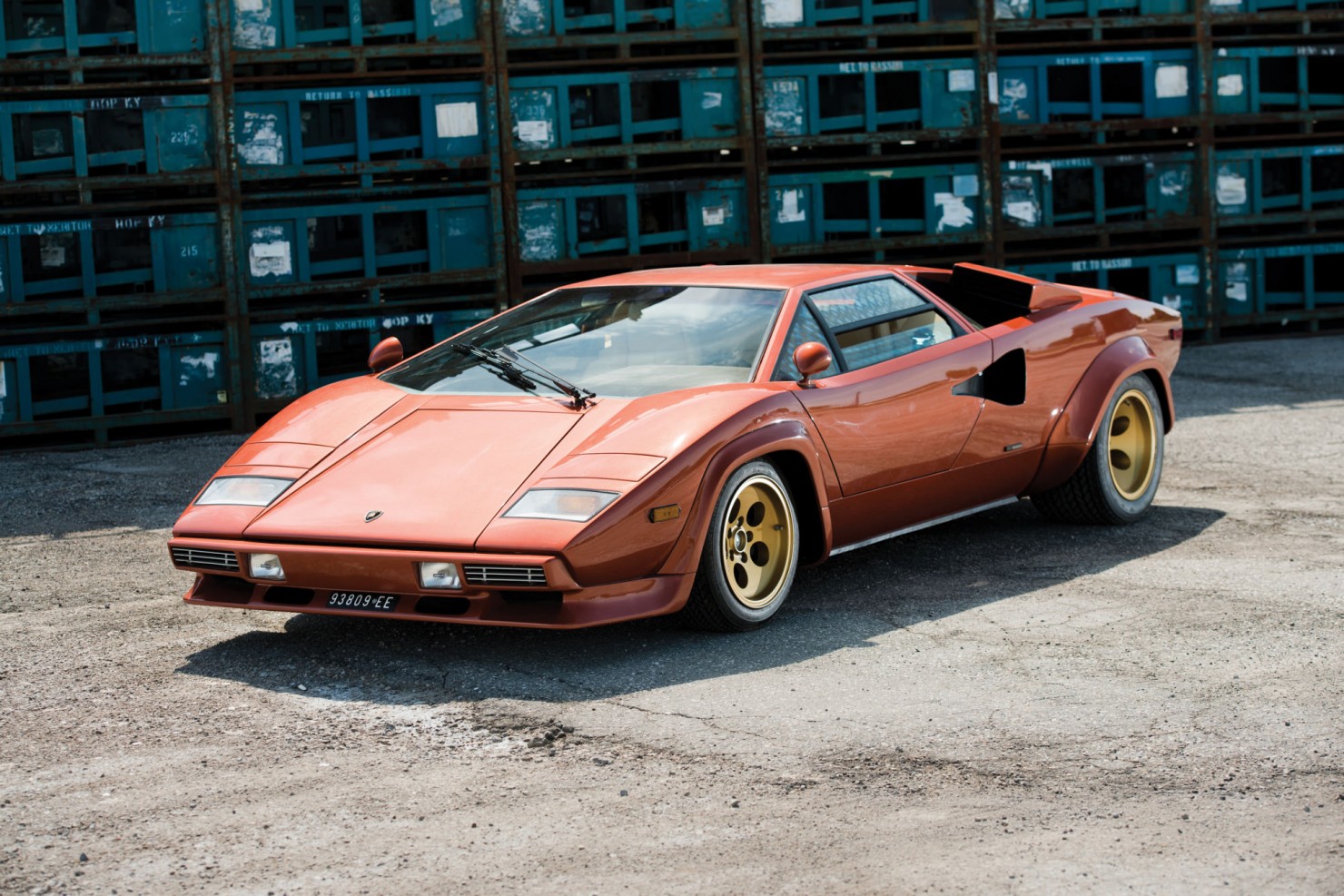 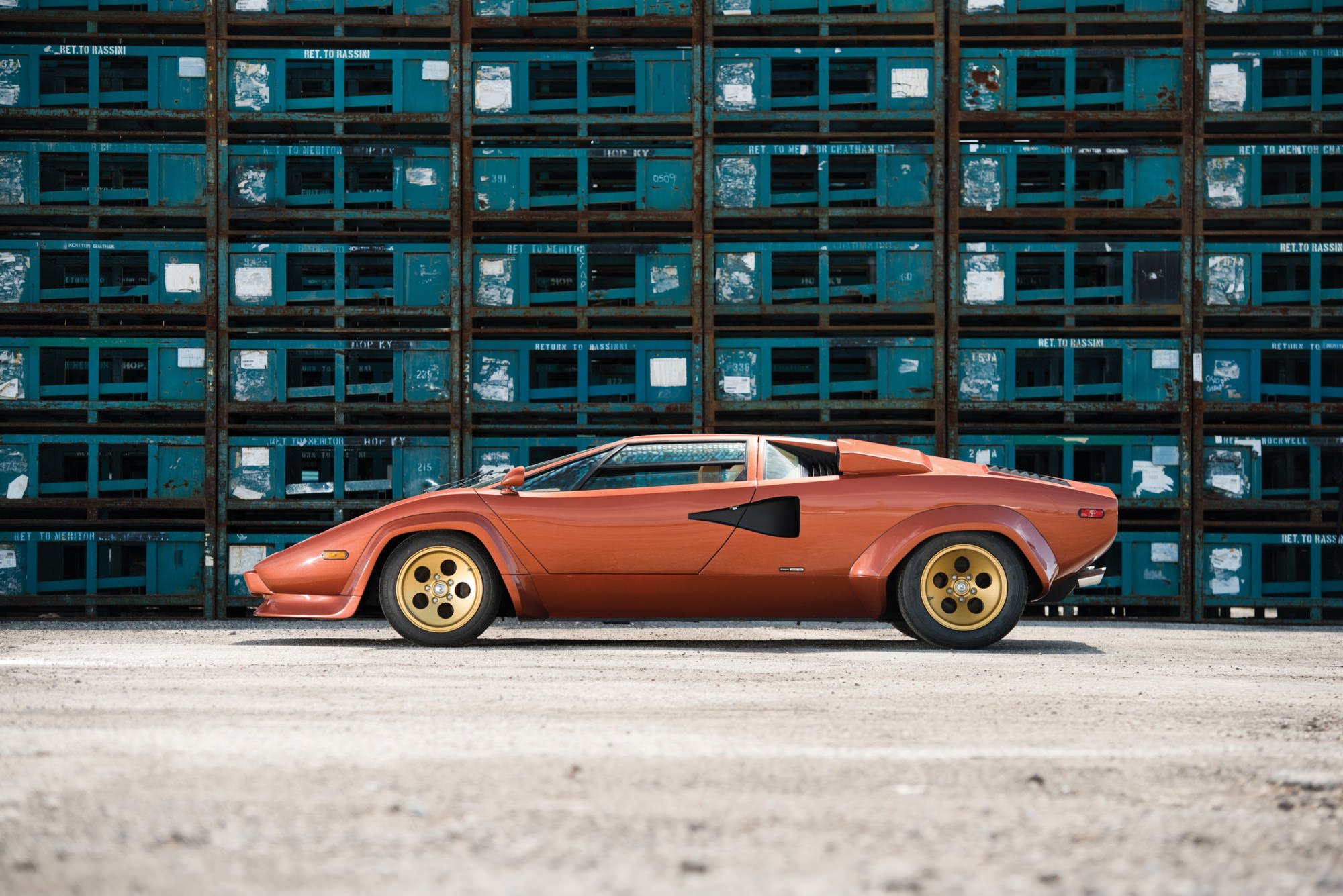