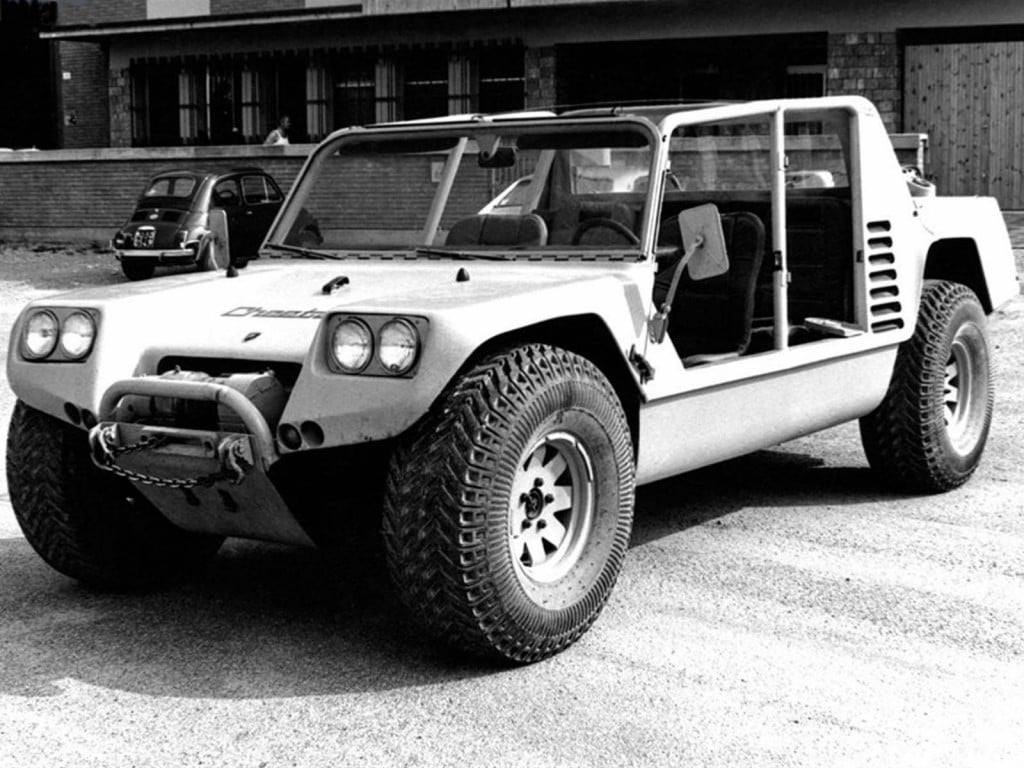 The Lamborghini Cheetah was a one-off prototype developed by Lamborghini in 1977, they were hoping for a US Military contract however their prototype was destroyed by the Americans during testing. It was powered by a Chrysler V8 mounted in the rear of the chassis, this led to undesirable off-road handling and so a new 4×4 was developed with a front mounted AMC V8. This new Lamborghini became known as the LM002 and was very popular with Middle Eastern oil sheiks in the 1980s, often fitted with bulletproof glass and blast proof floors.

Interestingly the US Military found Uday Hussein’s LM002 in Baghdad in 2004, they decided to rig it with explosives and blow it to smithereens to simulate the effects of a car bomb, thus bringing the total score of the USA vs Lamborghini to a convincing 2:0 victory.