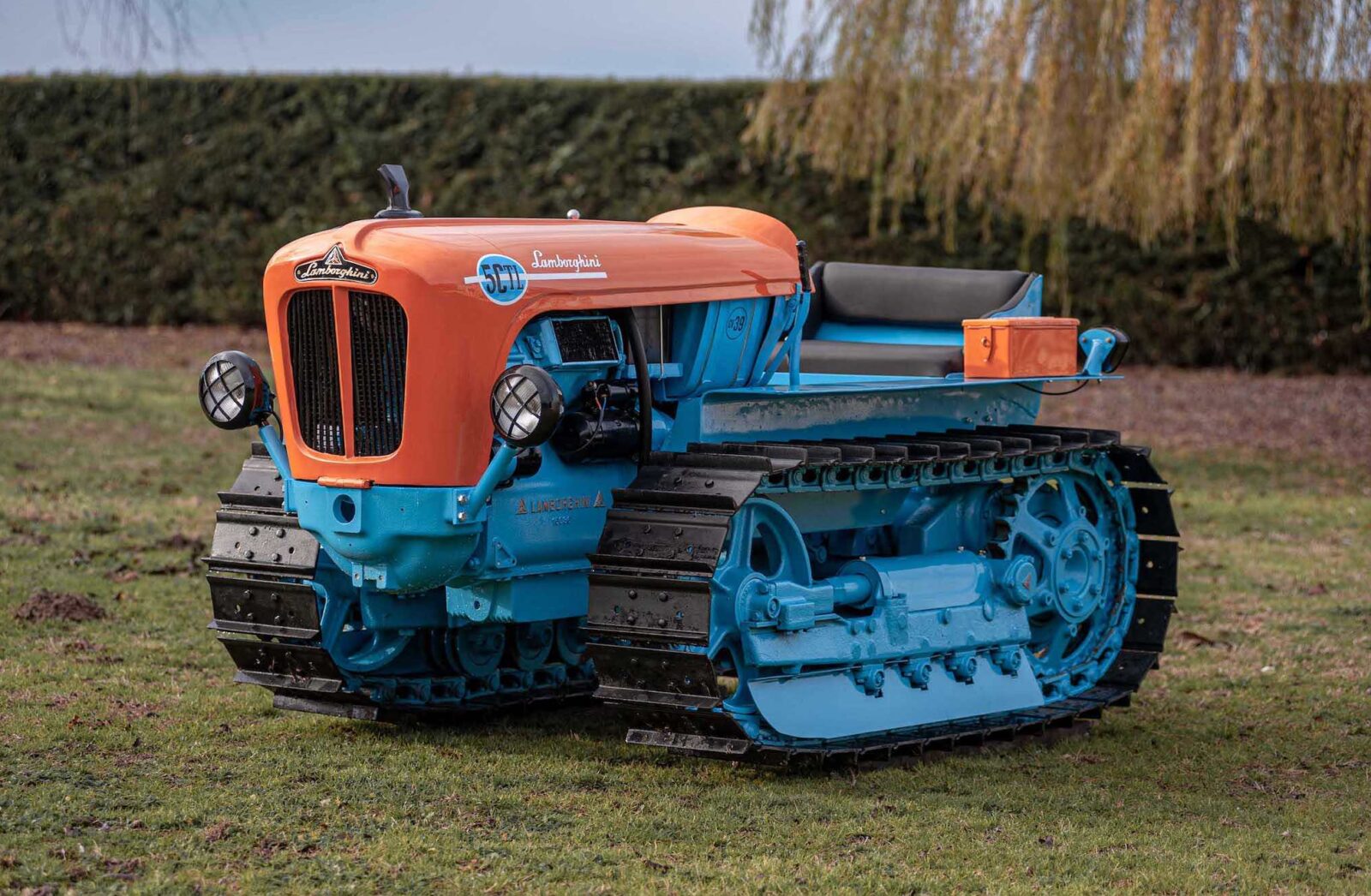 This restored Lamborghini 5C TL tractor is probably the slowest vehicle to ever wear the Lamborghini badge, but on the bright side it’s also the cheapest 1960s-era Lamborghini money can buy.

It’s widely known in classic car circles that Ferruccio Lamborghini originally started out building tractors, in fact it’s probably one of the most popular pieces of vintage car trivia in the world. It’s less widely known that there are entire communities of enthusiasts around the world who restore and preserve these tractors for the next generation.

Ferruccio Lamborghini was a famously tough man, the son of Italian farming viticulturists he spent his childhood far more interested in the farm machinery than the actual practice of agriculture. 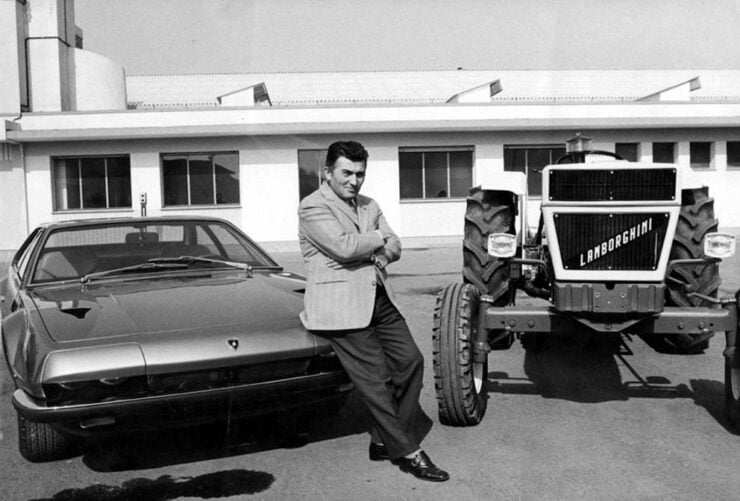 An image of Ferruccio Lamborghini in the early 1970s between a Lamborghini Jarama and one of his tractors. Image courtesy of Automobili Lamborghini S.p.A.

After leaving school he would study engineering at the Fratelli Taddia Technical Institute near Bologna. In 1940 in the early days of World War II he was drafted into the Italian Royal Air Force where he would serve as a mechanic, eventually being taken prisoner in 1945.

In post war Italy the critical importance of getting the country back onto its feet was recognized by many, including a young Ferruccio Lamborghini who set to work designing simple tractors powered by Morris six-cylinder engines that had been used during the war.

Ferruccio developed a modified version of the Morris engine that could run on diesel thanks to a unique fuel atomizer he designed and patented. The engine would need to be started on petrol, but could then be switched to diesel –  vastly less expensive fuel that made it much more economical.

Lamborghini Trattori grew quickly, in just a few years they went from building one tractor a week to hundreds per year. Ferruccio became a wealthy man as a result and fast, luxurious GT cars were a luxury he afforded himself – particularly those built by fellow Italian Enzo Ferrari. 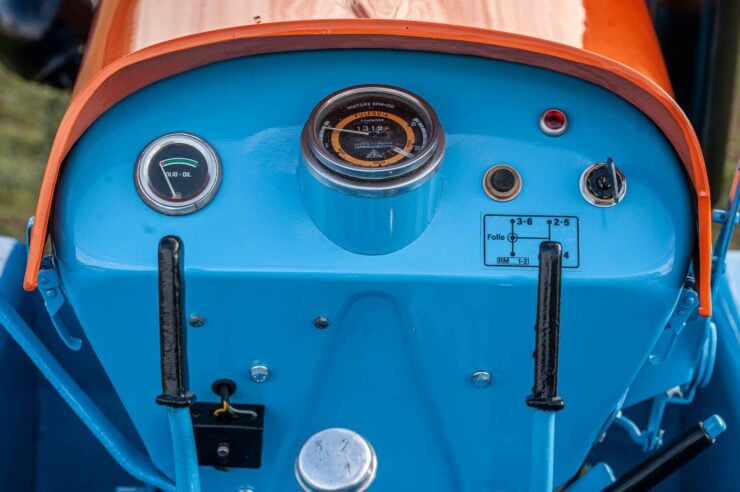 As a tracked vehicle the 5C TL doesn’t have a steering wheel, rather it uses two levers that each apply a brake to the tracks on their own side to make the vehicle turn.

One thing he couldn’t stand about his Ferraris was their clutches which would break frequently and their interiors, which he deemed insufficiently comfortable.

He took his grievances to Enzo Ferrari and the two famously head-strong men had a wild argument over it – the result being that Ferruccio started his own car company to show Enzo how it should be done.

The two companies remain each other’s greatest rivals to this day.

The tractor you see here is the Lamborghini 5C TL, it was both the most powerful and most expensive Lamborghini tractor at the time of its release. Though it only has 40 hp this was deemed ample for the work it needed to do. 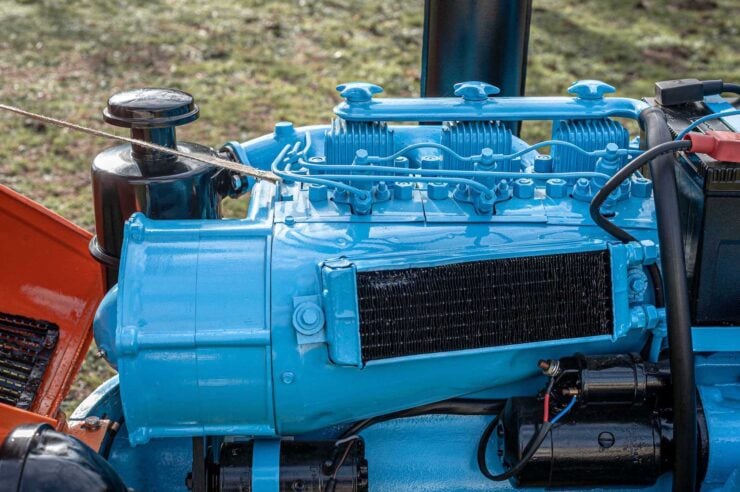 The simple 2.2 liter air (and oil) cooled diesel engine produces 40 hp. It was designed to be incredibly rugged and reliable, and vastly easier to work on than one of Lamborghini’s automotive V12s.

Lamborghini equipped the 5C TL with two PTOs (power take offs) for operating farm machinery and it has a hydraulically-actuated three-point hitch system. Power ir provided by a three-cylinder, air-cooled 2.2 liter diesel engine, and power is sent to the tracks via a four-speed dual-range manual transmission.

With a weight of over 2,000 kilograms or 4,400+ lbs the 5C TL is more of a clydesdale than a race horse, their simple diesel engines and heavy duty engineering ensured that many stayed in service for decades.

The Lamborghini 5C TL you see here has been carefully rebuilt and restored, including a repaint in its original color scheme. It’s now being auctioned live online by Car & Classic with a few days remaining to bid if you’d like to make it your own.

If you’d like to read more about this unusual vintage Lamborghini you can click here to visit the listing. 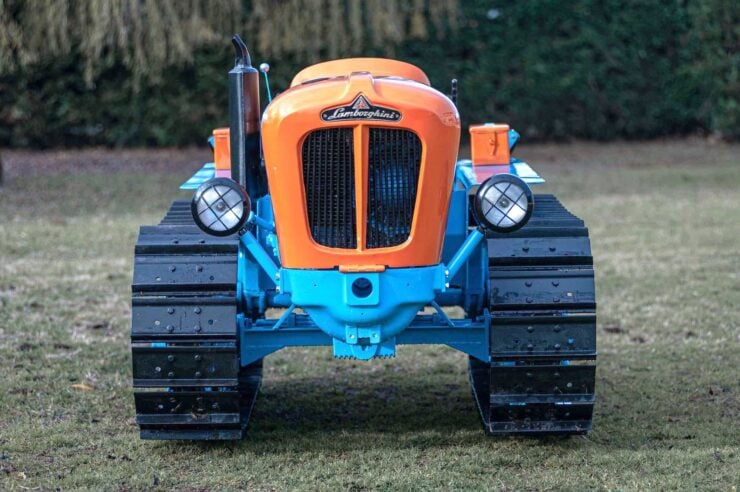 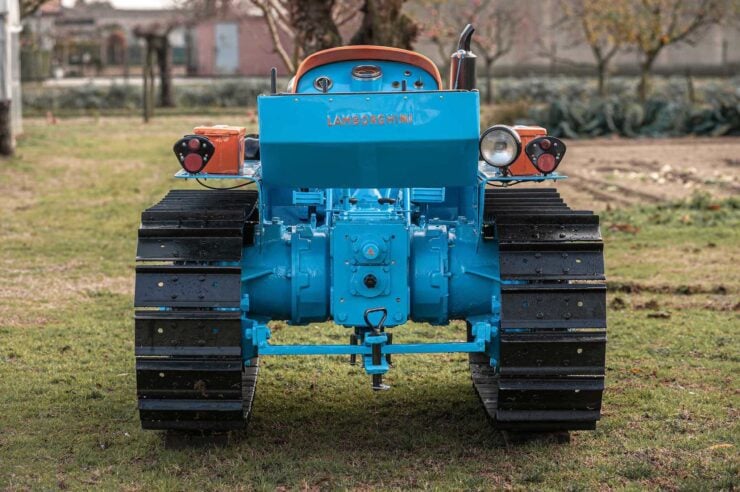 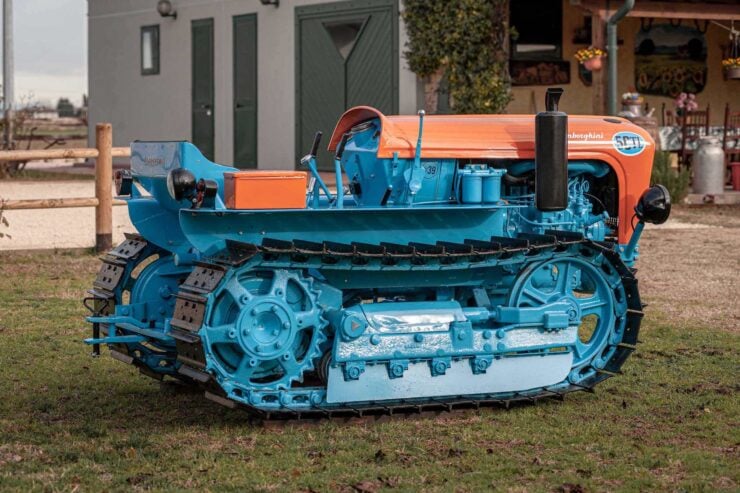 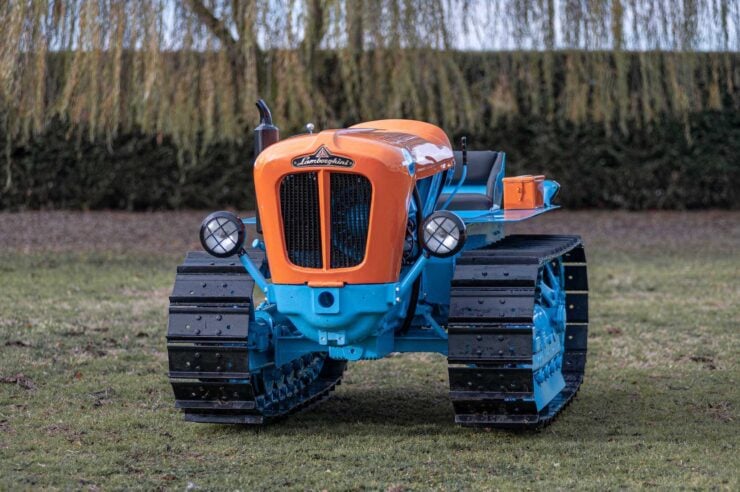 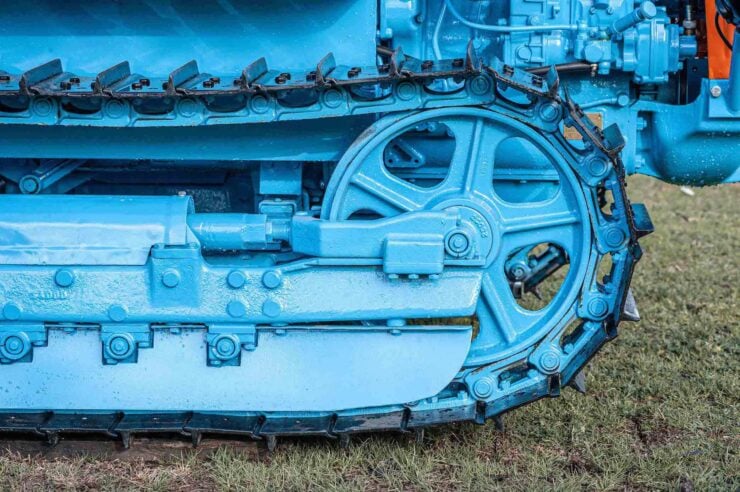 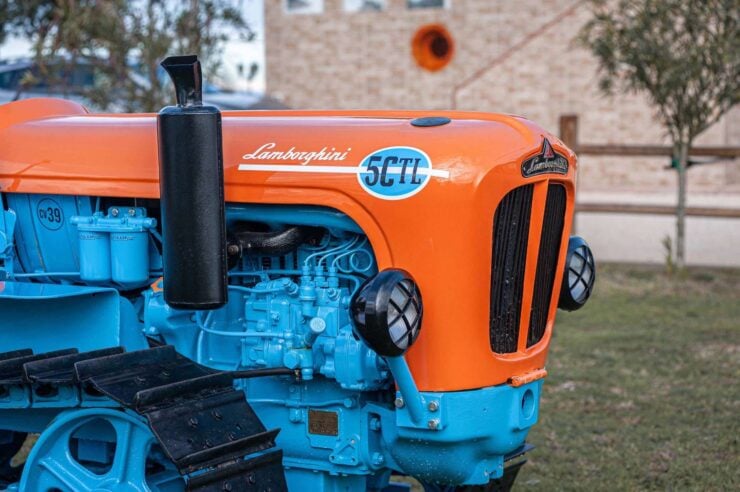 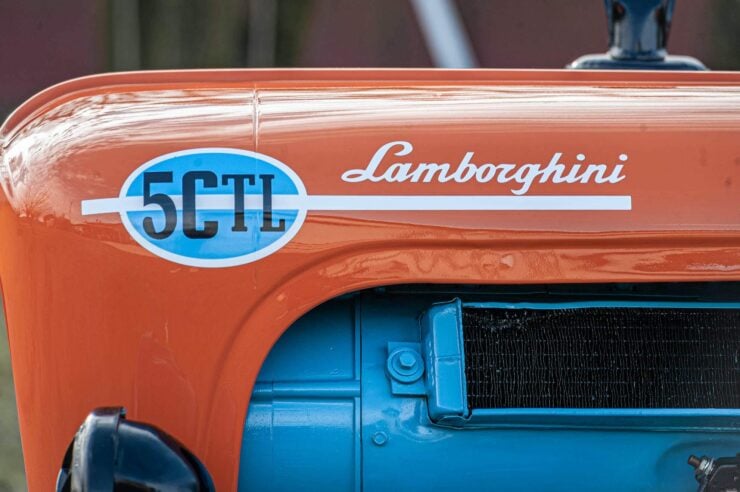 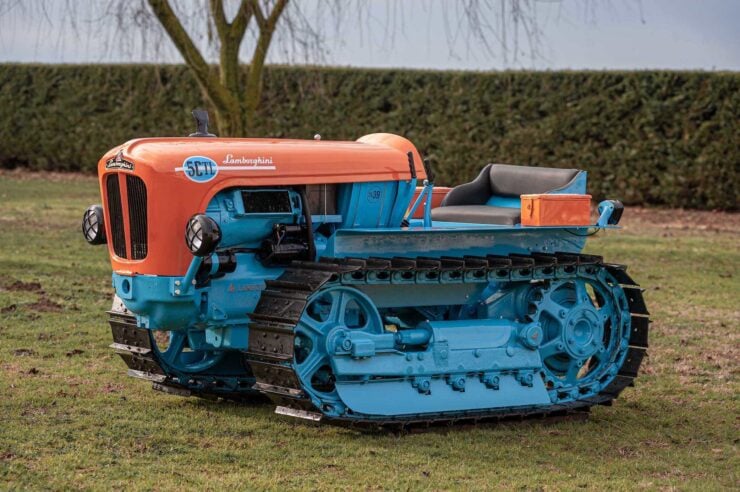 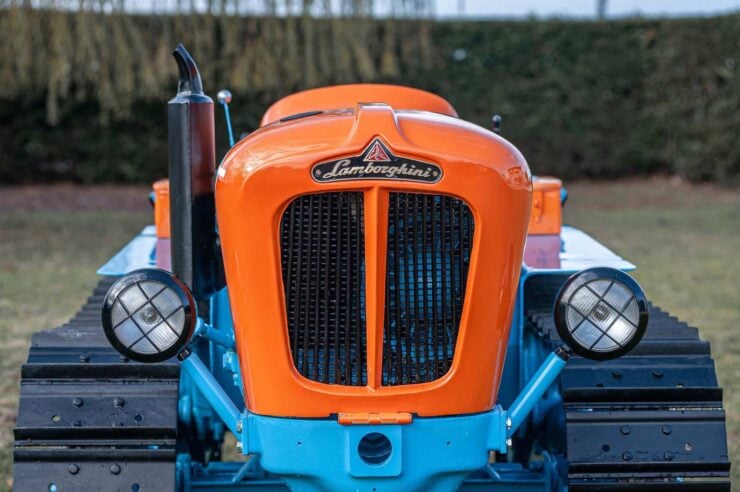 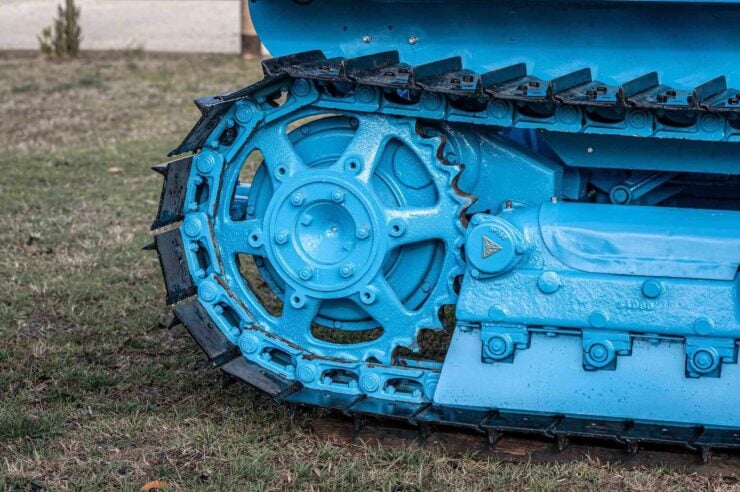 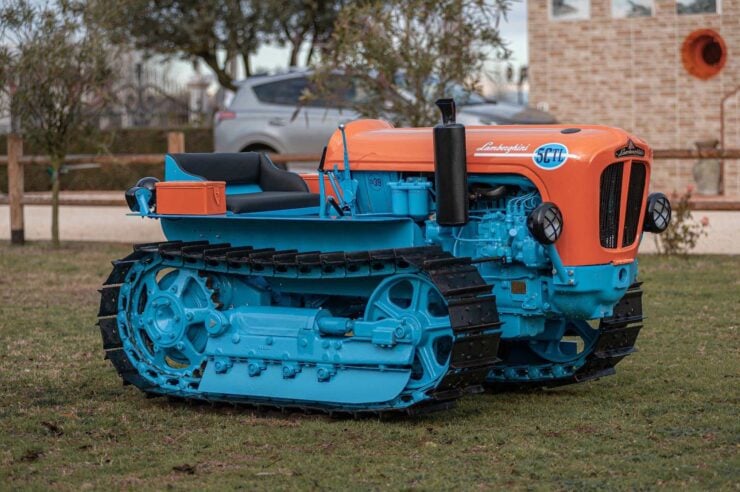 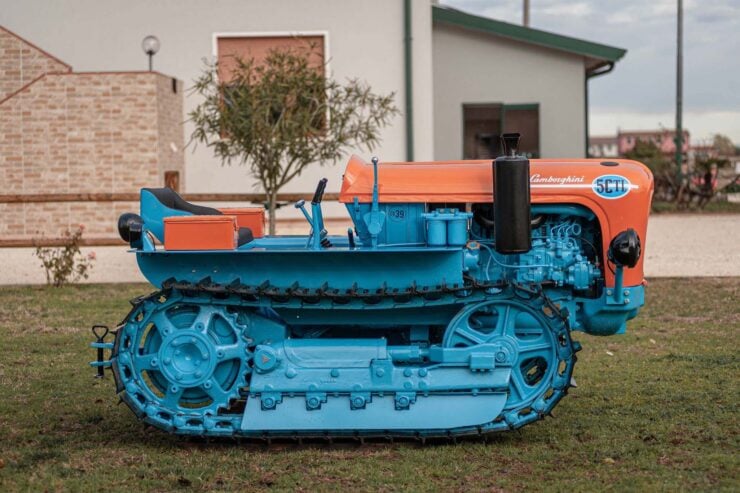 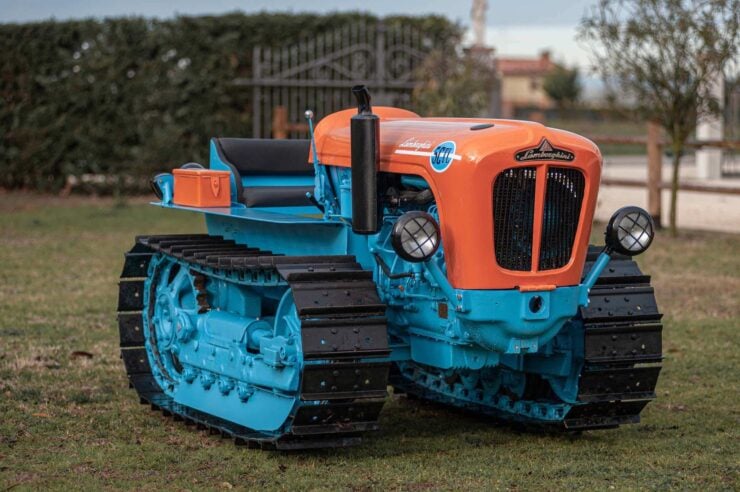