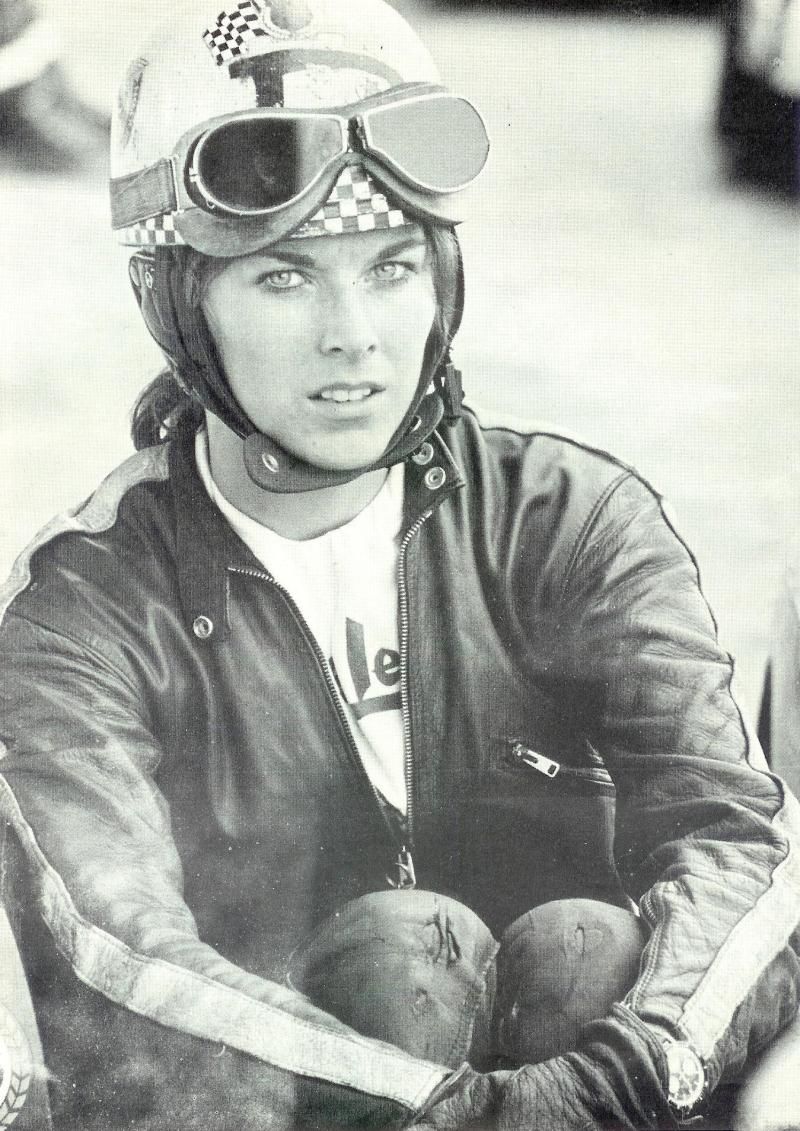 Editor’s Note: We received an email from Neil P. to let us know that this lady’s name is Dane Rowe, she was a sidecar passenger in the Isle of Man TT races. If you’d like to read more about her you can click here to read an interview she gave.

This is another one of those brilliant photographs with no traceable backstory. It’s a captivating image so I decided to share it nonetheless, I’d love to know the tales behind the well worn leathers and slight scowl on her face.

If you know more about this photograph than we do, shoot us an email.