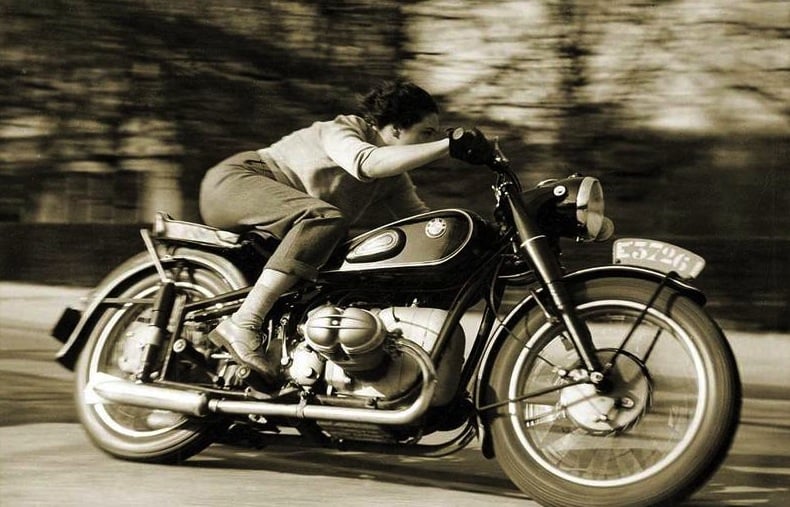 They say a picture speaks a thousand words, this is certainly the case with this vintage photo. We don’t know where this picture originates or who the lady is riding the bike, if you do shoot us an email and let us know – [email protected]