Rat Rods are an occasional guilty pleasure of mine, regular chromed out show-pony hot rods don’t do it for me but with Rat Rods I can kind of see the appeal. This particular example, called “The High Gear Hauler”, is a highly modified 1941 Ford truck sitting on a 1.5 tonne chassis, it’s powered by a 1955 Oldsmobile 342 V8 that turns out power through a stock 1955 Oldsmobile Hydramatic 4-speed transmission.

It might not be everyone’s cup of tea but for me the idea of throwing a couple of longboards in the back and taking it for a long drive up a quite coastline has bucket-loads of appeal.

The The High Gear Hauler is currently for sale, contact Dale at 403-299-9640 Calgary, Alberta for further details and pricing. 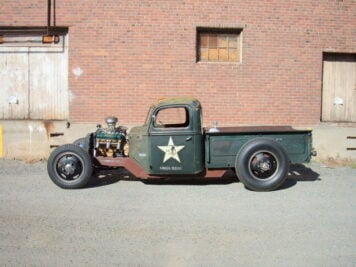 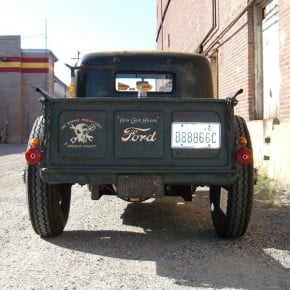 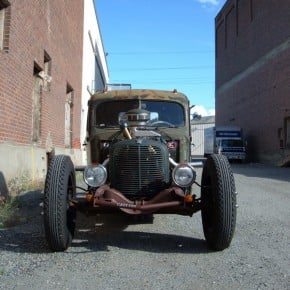 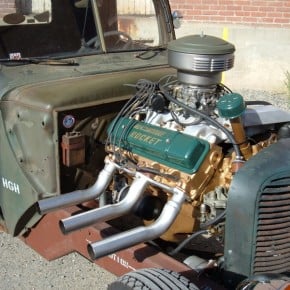 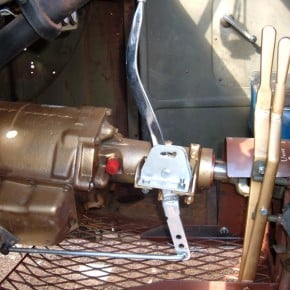 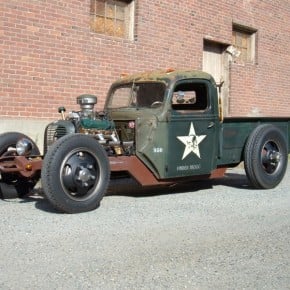