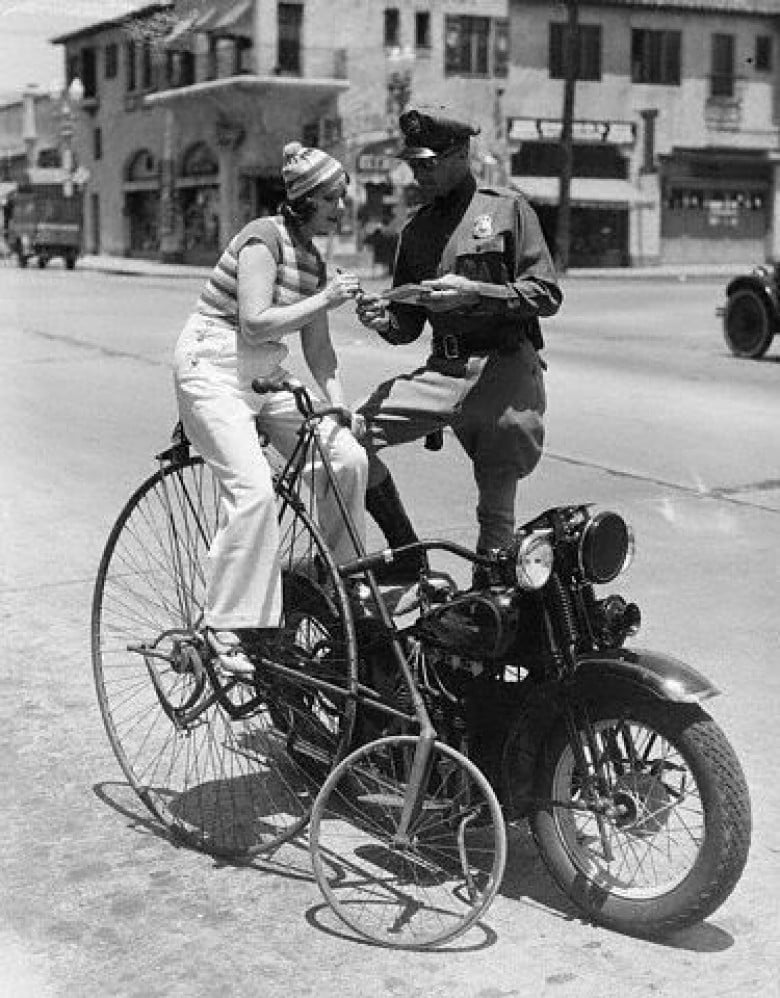 So far as I can tell, she’s giving him her phone number. Or maybe directions. I’m just trying to figure out how the hell she got up into that saddle.