This is the K&N Air Filter Keyfob and as the name suggests, it’s a mini K&N air filter on a keychain for those who want to make sure their keys don’t suffer power loss due to restricted air flow.

One of the first recommendations for people who want to add more power to their bike or car is to allow the engine to breathe easier – with a better flowing intake and exhaust. Of course this is all region dependent as in some locales you still need to pass annual emissions testing and modifying your engine may mean it no longer passes. 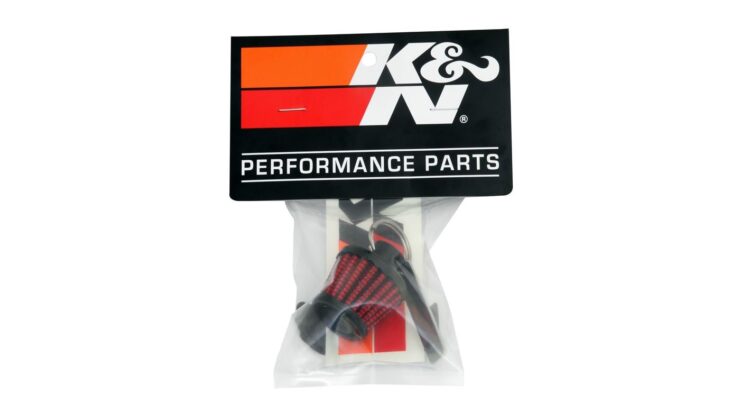 Above Image: The keyfob comes packaged just like a normal air filter, including the K&N sticker.

K&N Engineering was founded in the 1960s by Ken Johnson and Norm McDonald who named the company after each of their first name initials. The company is best known for their washable oiled air filters which they claim significantly improve air flow into the engine.

This is the part where I need to explain that my above comment about keys suffering power loss due to restricted air flow was a lighthearted joke, before I receive a wall of emails telling me I’m an idiot. Now on a more serious note, please remember to re-jet your key’s carburetors after fitting the new filter to ensure they aren’t running too lean.