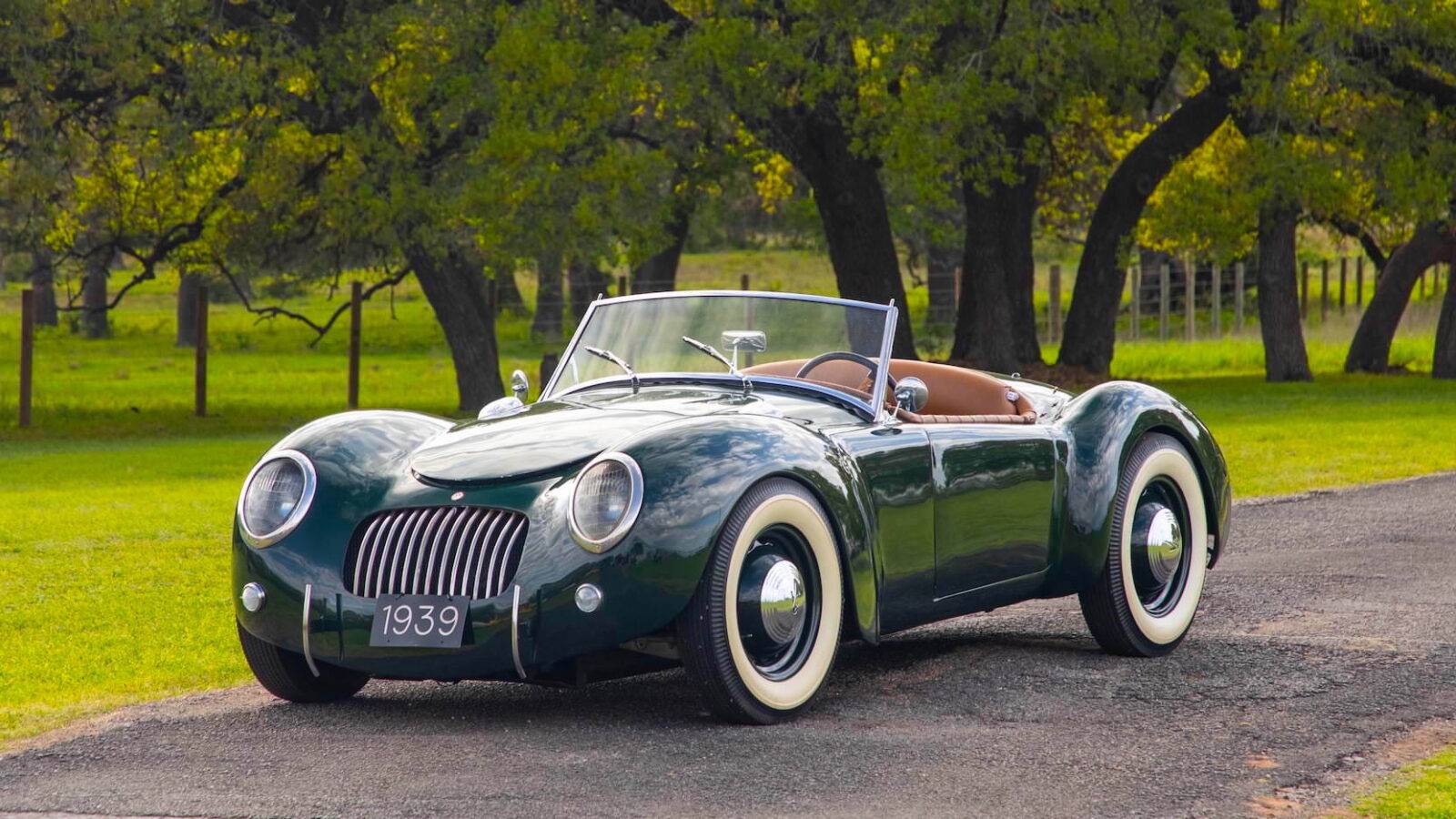 *Update* – We now have the story on this car thanks to some remarkable sleuthing by the folks on Twitter. The car was built by Paul Normand of Rochester, New Hampshire who was wondering what would have happened if someone like Carroll Shelby had set out to build a Cobra-like car decades earlier in the 1930s.

Normand started the build with an MGA body, a Ford flathead V8, and a Cobra replica chassis. The MGA body needed significant changes to fit the chassis as it was too narrow, so the rear fenders were modified to better fit the track width and the front end was considerably changed with new fenders and a new front end. This is why the car has such a distinct MGA look to it from the centre back, though admittedly I was way off base with my earlier Cobra windshield guess.

The chassis was fitted with Corvette independent suspension up front and a coilover-sprung Chevrolet S-10 rear axle. It has disc brakes up front and drums on the rear, although front disc brakes aren’t in keeping with the 1930s theme it does make the car safer and easier to drive, particularly in modern traffic.

Adapters were used to fit the period-correct 1939 Ford wheels and the car makes use of 1939 Ford headlights and taillights. Under the hood you’ll find that Flathead V8 which has been mated to a 3-speed manual transmission. Impressively it only took Normand two months to build the car from start to finish, he has years of experience building hot rods and custom cars, and this experience shines through on this build. 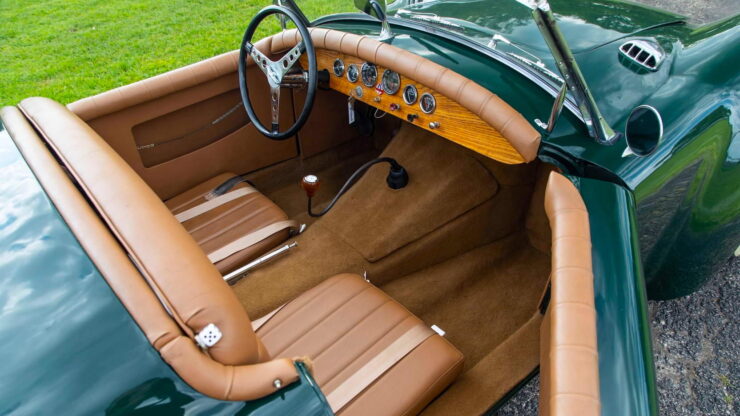 Above Image: The interior of far car looks classic mid-century, and there’s a removable panel over the transmission for access.

This unusual roadster is coming up for sale with Mecum in Indianapolis this month, it’s a custom bodied mid-century roadster based on the chassis and running gear of a 1939 Ford, equipped with a flathead V8 and a 3-speed manual transmission.

What you’ve read in the paragraph above is essentially all we know about this car, we don’t know when it was converted, where it was built, or even who did the work.

The auction listing does explain that the car has a dual exhaust, a tachometer, V8 center wheel caps, whitewall tires, Stewart Warner gauges, a wooden dashboard, a tan interior, and a British racing green exterior but you could gather most of that from the images.

The design of the car looks more 1950s than 1930s, with the rear end of the car looking somewhat reminiscent of the MGA which was first released in 1955. The 1939 Ford that this car is based on was of course a body-on-chassis vehicle making a re-body a relatively simple task for a person with the right skillset.

In the post-WWII period there were an astonishing number of custom cars not unlike this one built, many taking advantage of inexpensive pre-war cars as donors for their chassis and drivetrain. Removing the heavy original steel bodies to replace them with lighter bodies and hopping up the engines provided young enthusiasts with cars more than capable of going fast enough to get them into trouble.

In stock trim the Ford flathead V8 produces approximately 90 hp however there have been almost 100 years of tuning going on with these engines in the aftermarket community, and power levels can now reach well over double that figure with the right modifications. 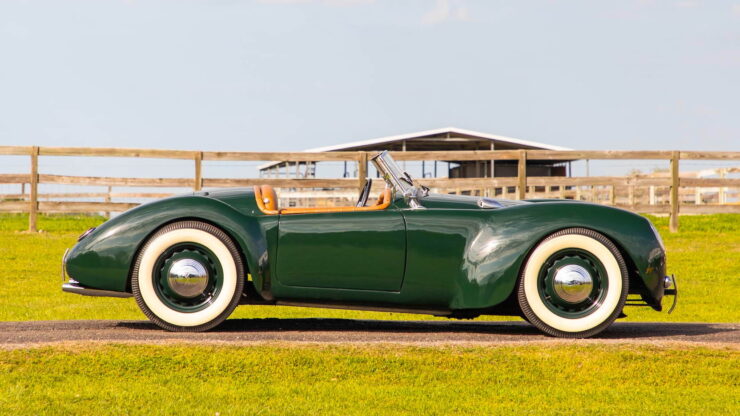 This car does include a few outwardly visible parts from its donor vehicle, namely the headlights and steel wheels with their chrome hubcaps. The windshield looks like it may have been sourced from a Shelby Cobra (or a Cobra kit) and the interior makes use of a creatively shaped shifter lever to get it into the right position for the driver.

Low-volume production or one off cars like this one are always interesting to learn about so if you have more information on this car please get in touch to let us know so we can update this post with it.

It’s impossible to know whether it was built in period or more recently, although the excellent condition that the car is in would tend to indicate it was either built or restored more recently. The car doesn’t appear to have a folding roof of any description so it’ll be a fair-weather cruiser, though to be fair cars like this rarely lend themselves to use in inclement weather.

When I first stumbled across this car a week or so ago I was on the fence about its looks however over the past few days it’s been growing on me, and knowing that it’ll have flathead V8 burble makes it more appealing still. 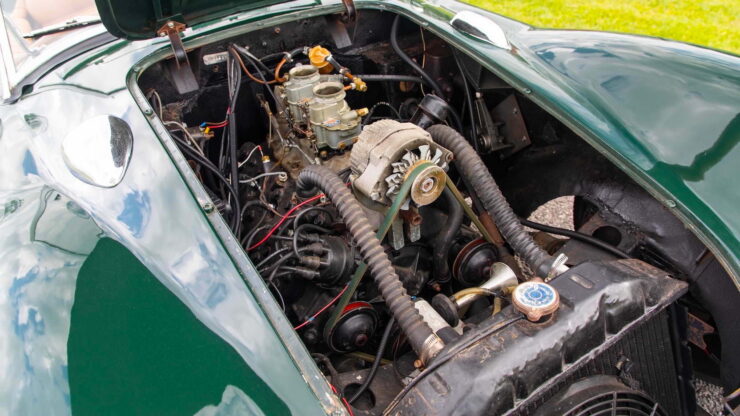 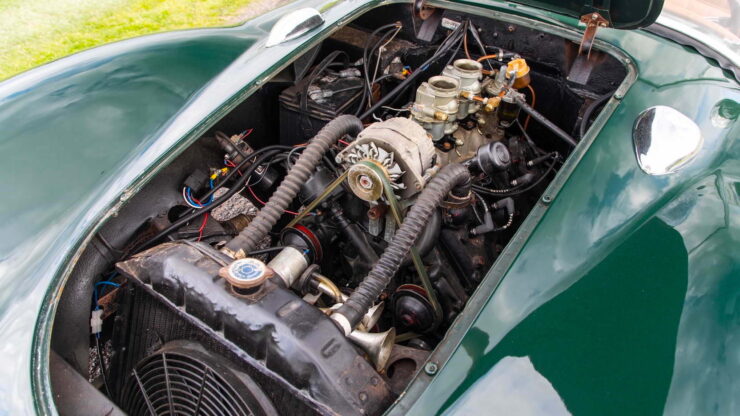 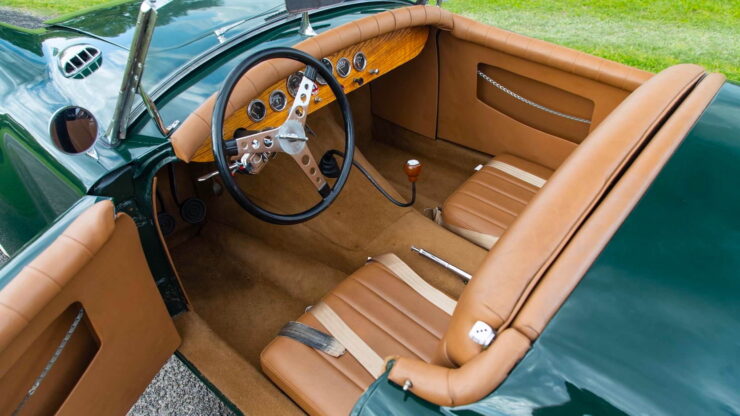 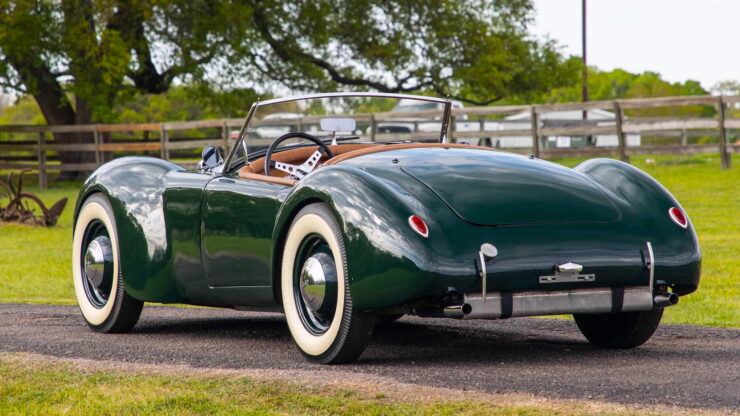 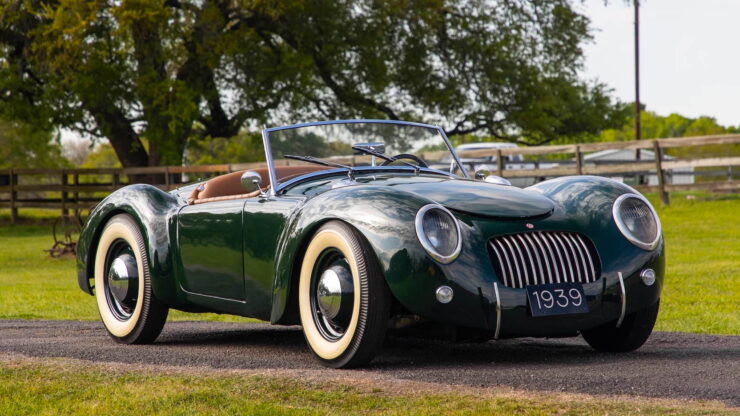 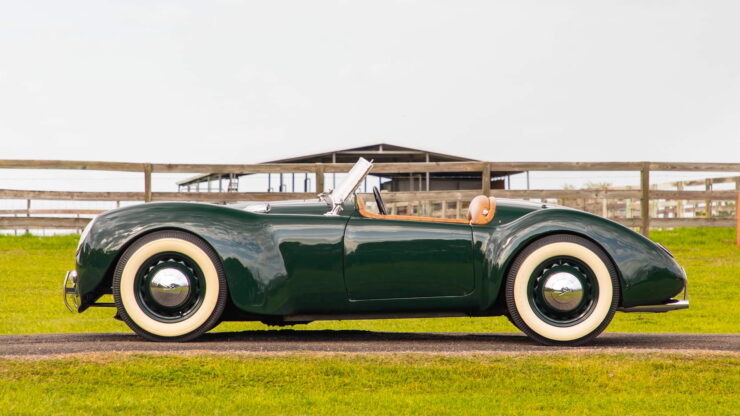 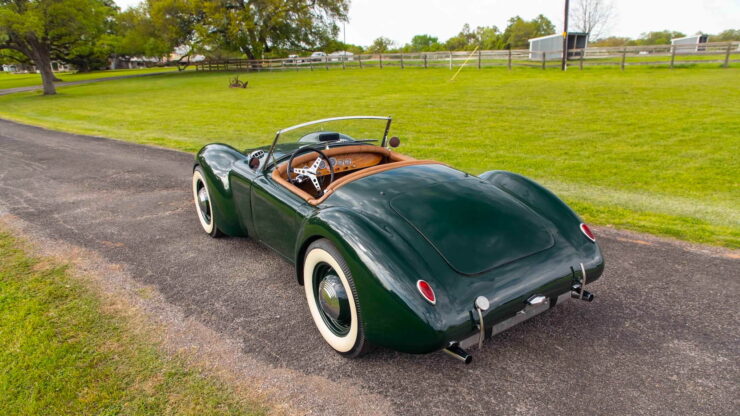 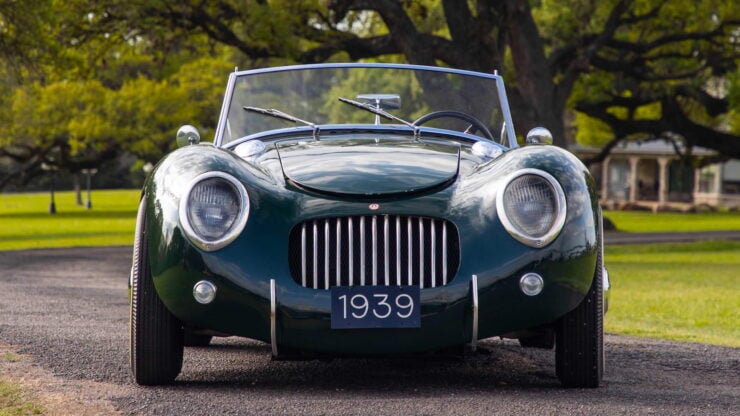