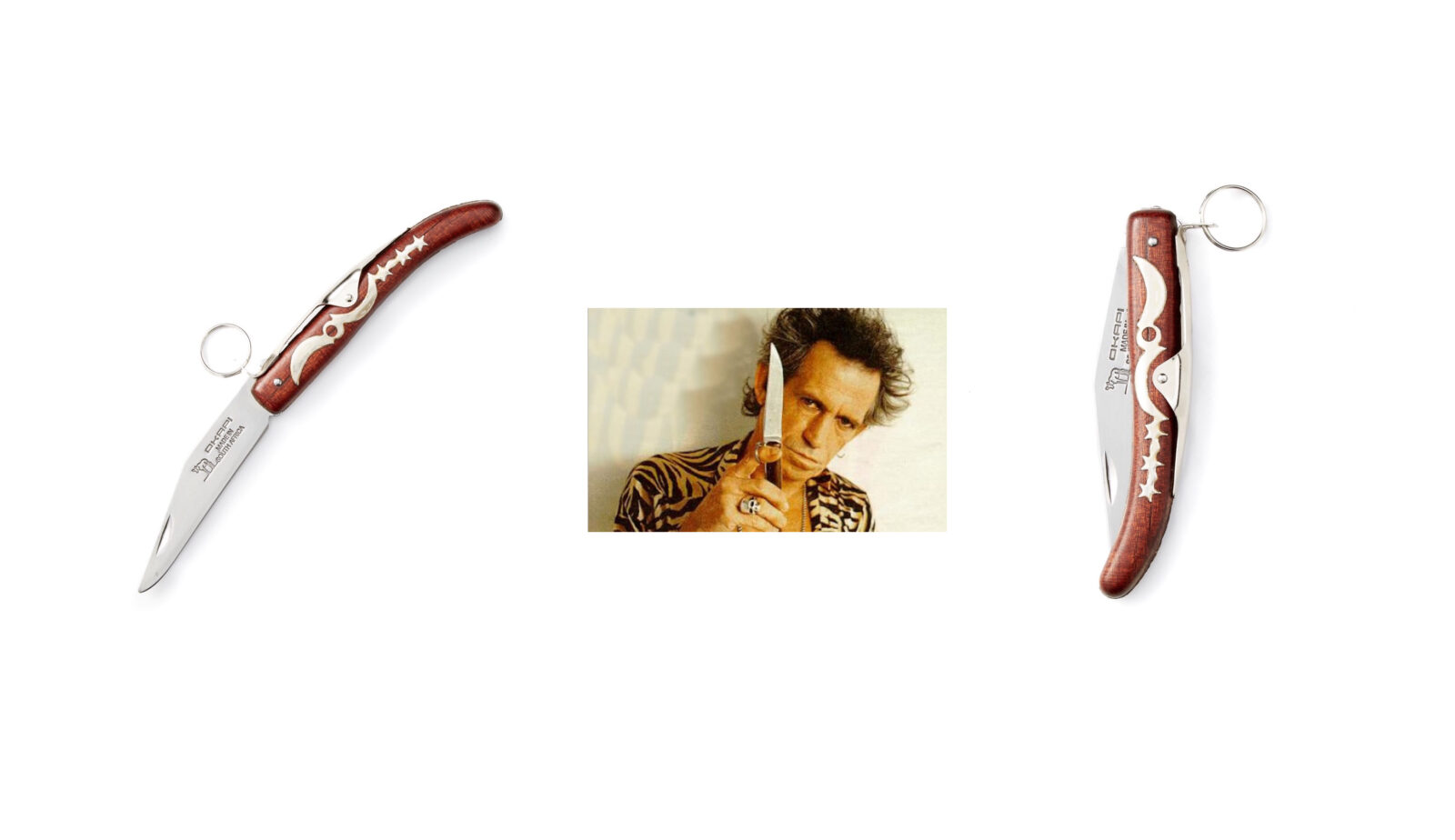 Keith Richards doubtless has pockets full of all sort of nefarious things, the least harmful of which is an Okapi folding knife. He’s been carrying the knife for decades, and once famously pulled it out and stabbed it into a table to get rid of a casino owner named Trump.

Okapi is an African company that have been making one of the best value for money knives in the world since 1902 – currently priced at just $15 USD apiece. The company makes a few different variations of the knife, with this one being slightly smaller and more pocket friendly 4 inch version.

Each Okapi Keyring Lock Knife has a cherrywood handle, a high carbon steel blade, and a slipjoint design. The blade locks open for safety, there’s a keyring on the back for convenience, and a signature three-star steel inlay in the handle.

Okapi make all of their knives in South Africa, they’re a common sight on farms and game reserves across much of sub-Saharan Africa, with many of them being passed down through multiple generations. 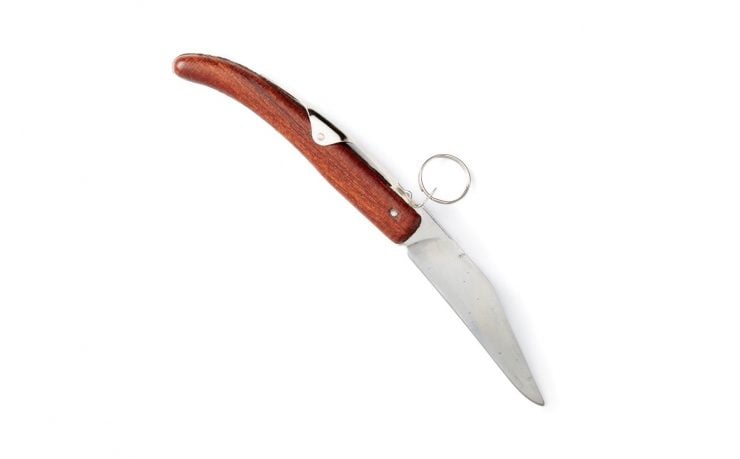 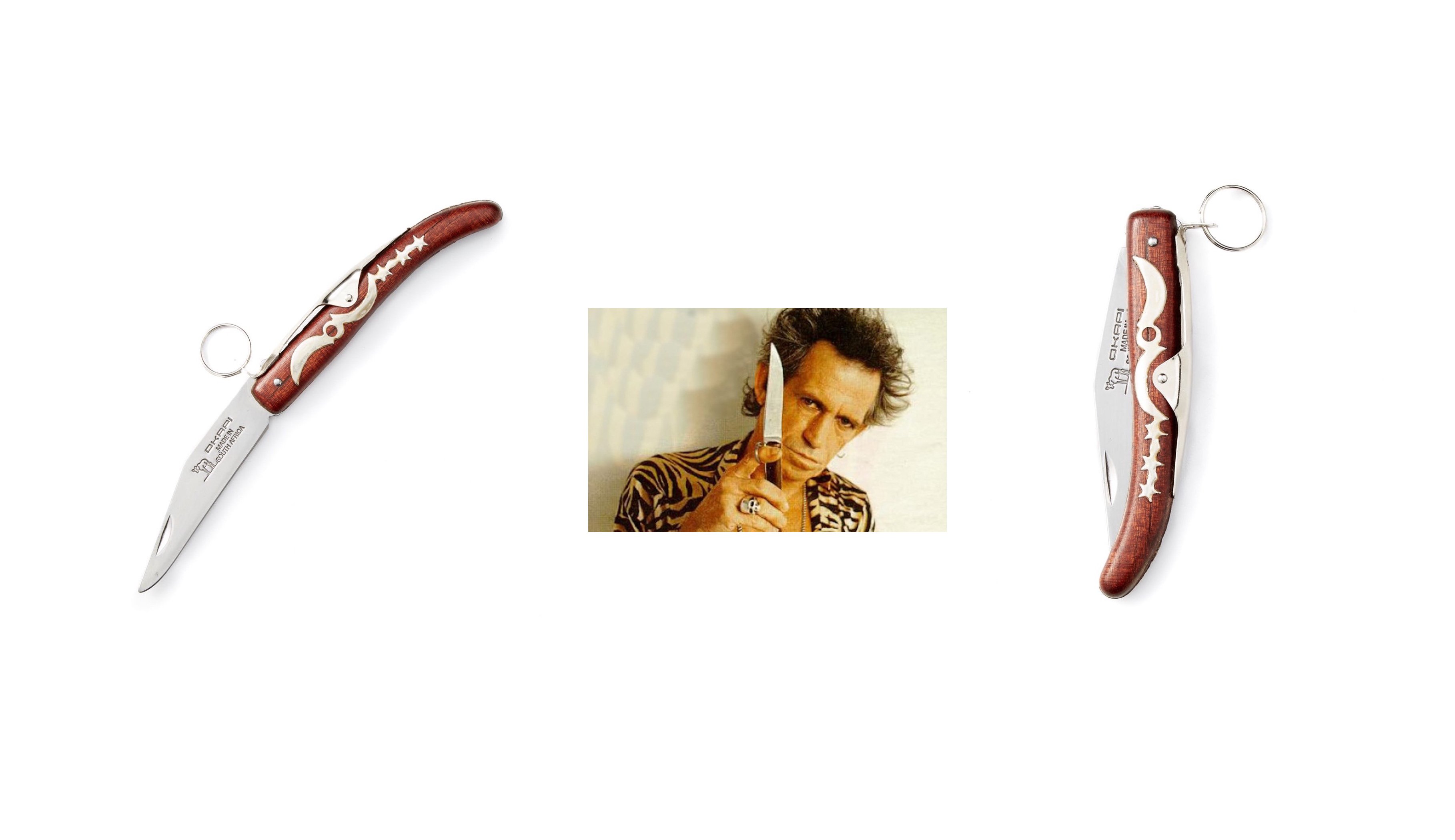