Keith Richards in the Saddle 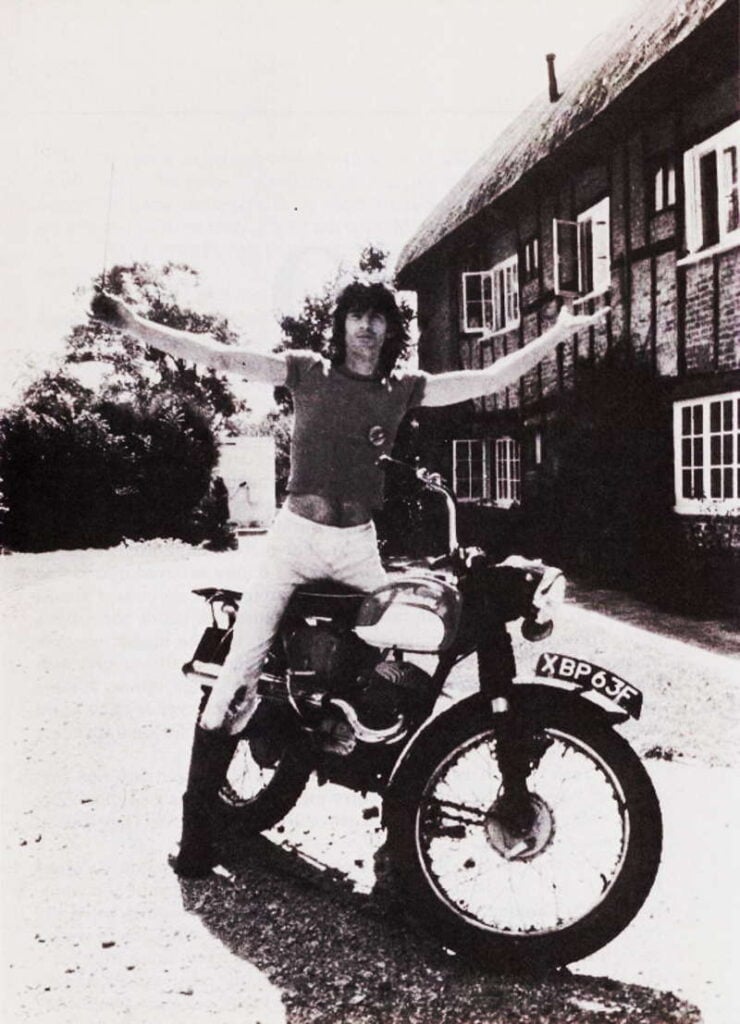 Keith Richards is one of those rock n’ roll legends that’ll still be touring when he’s 110 years old. We love this fantastic old image of him in the saddle of a 2-stroke in the garden of an otherwise respectable looking English country house. 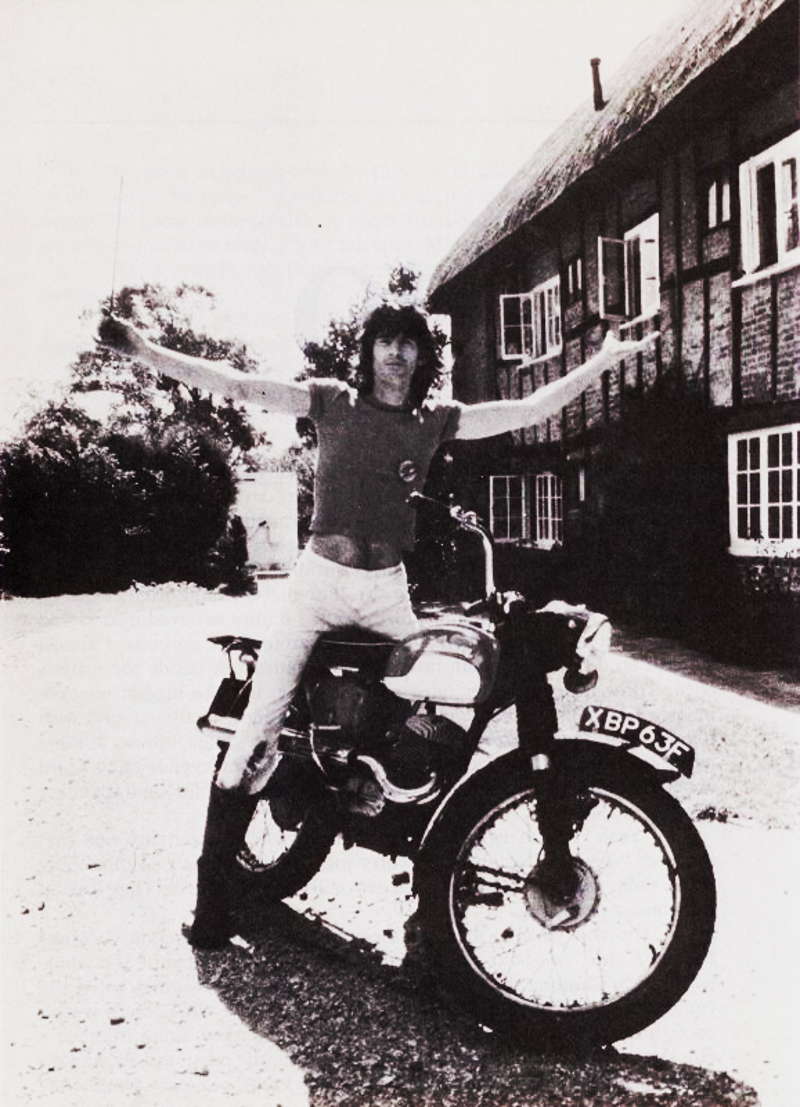