The Honda S90 is one of those bikes that doesn’t get the cafe racer treatment nearly often enough. The ultra lightweight motorcycle was manufactured by Honda between 1964 and 1969, it was fitted with a 4-stoke, air-cooled single cylinder engine capable of 8hp and capable of just over 60mph (with a light rider).

The S90 (or Sport 90) weighs in at 86 kilos (190lbs) but seems lighter somehow, it can be picked up without straining and this makes it rather easy to park in tight spaces. A friend of mine in Hanoi had one for years that he called “Piglet”, the first time I had a go on it I underestimated the capability of the little beast and so managed to accelerate with such force that the front tire lifted 8 inches off the ground, propelling me into Vietnamese traffic with absolutely no directional control at all.

After I’d changed into new trousers I spent the day bumbling around town on Piglet, I came to the conclusion that the little Honda S90 is one of the most fun urban motorcycles ever created. 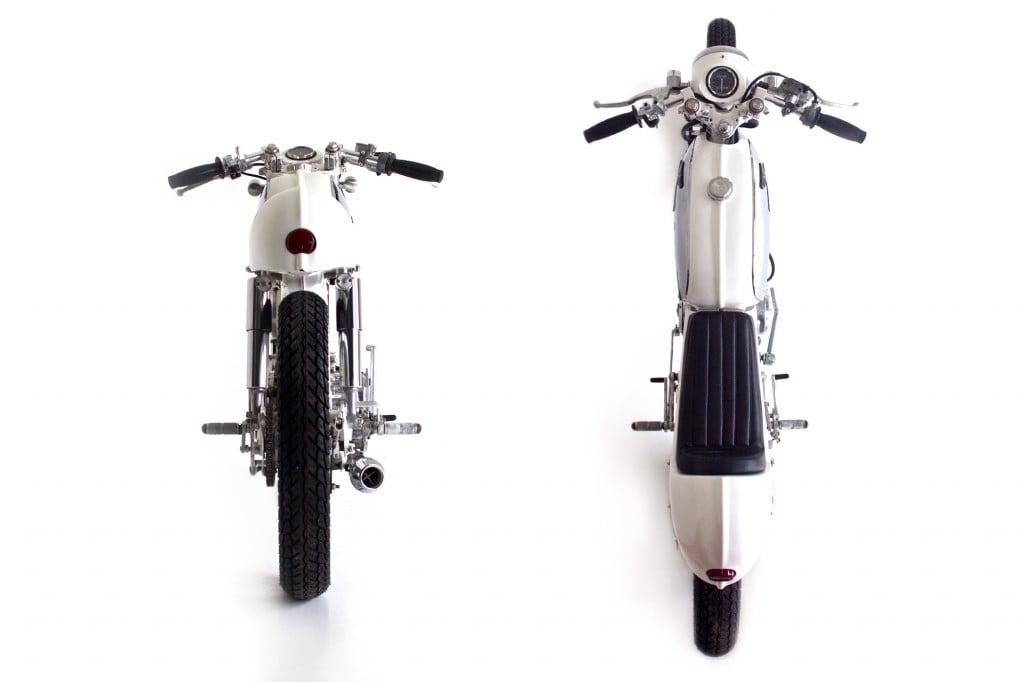 This cafe racer version was created by Deus Ex Machina, they’ve added custom built polished clip on handle bars, a converted ignition from point to CDI, a custom Japanese exhaust, a Daytona speedometer, a Polaris taillight and a Suzuki GT front headlight. The engine and carburettor has been rebuilt meaning it should now be just about capable of circumnavigating the Earth before needing any mechanical attention.

If you’ve been looking for the perfect urban cafe racer for a city like Melbourne, New York or London, this might just be your horse. Click here to visit in in the Deus Ex Machina showroom. 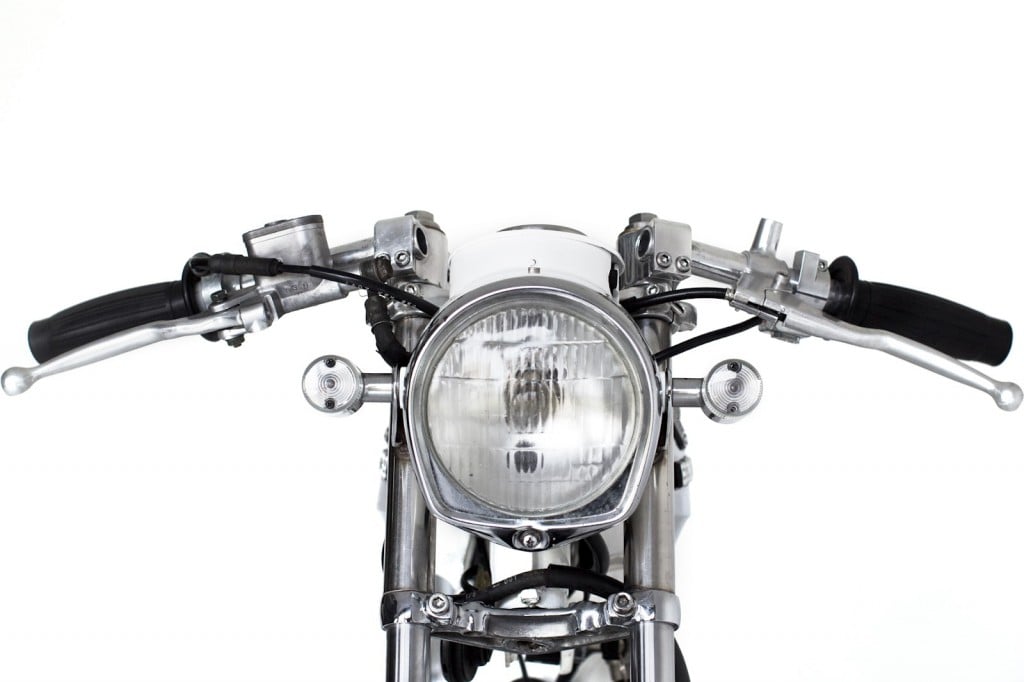 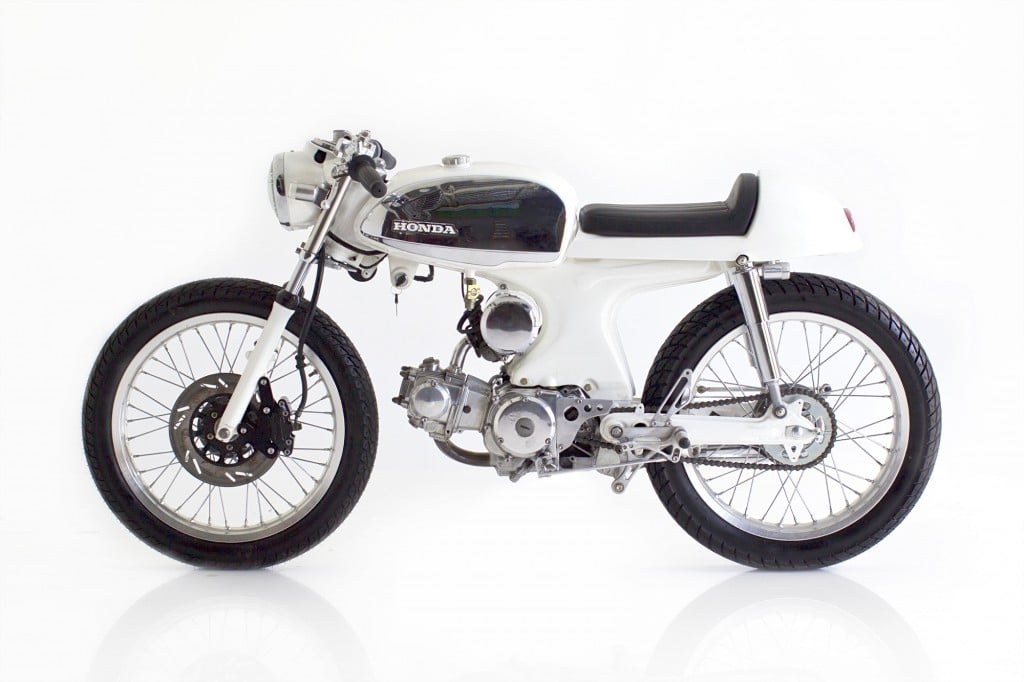