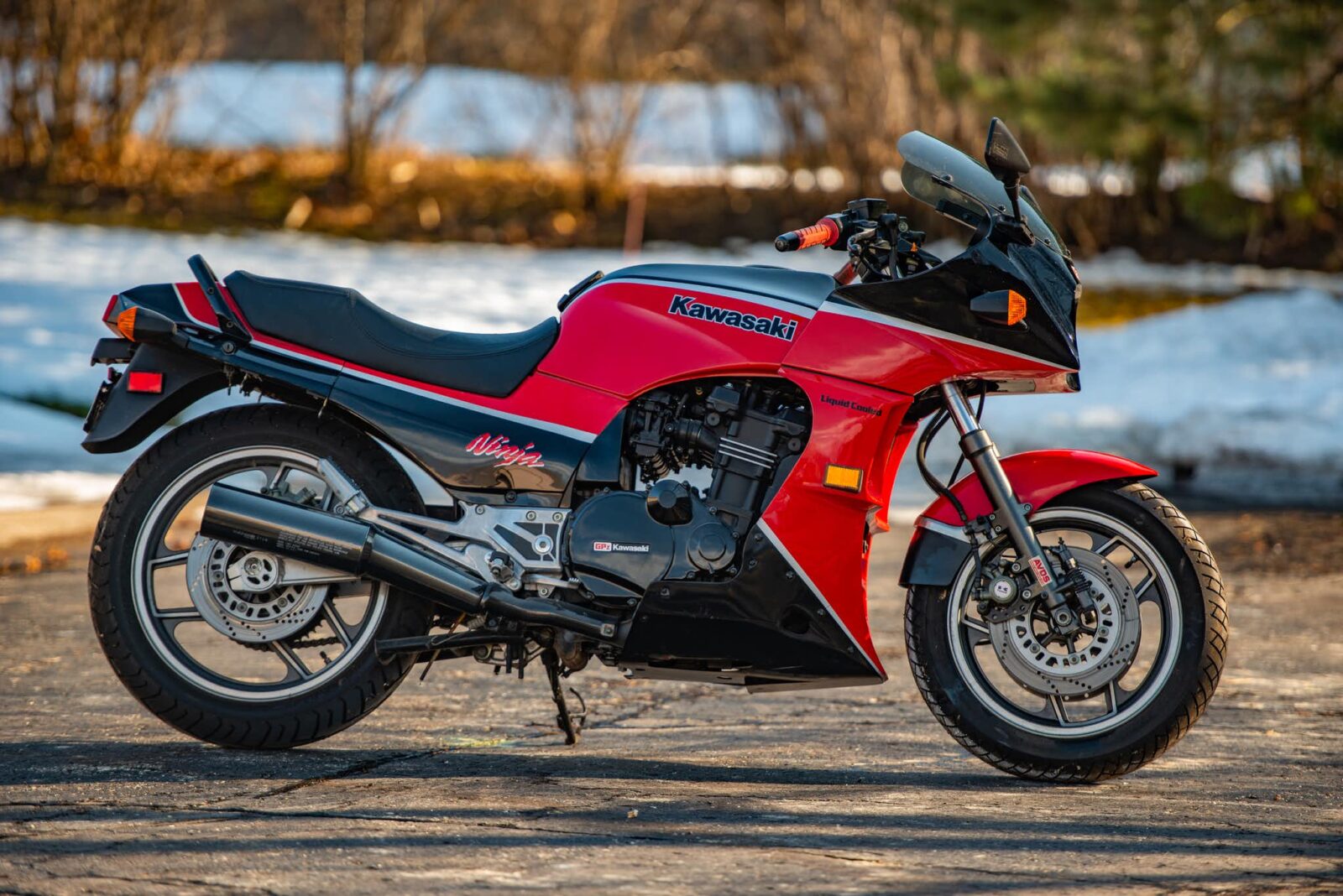 The Kawasaki Ninja ZX900, also known as the Kawasaki GPZ900R, will probably always be best known for being the motorcycle ridden by Tom Cruise in the 1986 film Top Gun.

As with any vehicle famous for its appearances on the big screen, like the Aston Martin DB5 or the DeLorean DMC-12, demand will always be high but not everyone who buys one will grasp the real history behind their new garage resident.

Top Gun – The Fastest Production Motorcycle In The World

Kawasaki spent a full six years developing the Ninja ZX900, it would be the first model from the Japanese company to carry the “Ninja” name in North America, and it would be powered by the world’s first 16 valve, liquid-cooled, inline four-cylinder motorcycle engine.

By the late 1970s and early 1980s, the battle among the “Big Four” Japanese motorcycle manufacturers was already a global fight for dominance. Honda had created the concept of the UJM or Universal Japanese Motorcycle with the release of the CB750 in 1969 – almost killing off the British, Italian, German, and American motorcycle industries in the process.

The CB750 was powered by a transversely mounted inline four-cylinder engine with an overhead cam that used unit construction. This would be emulated by Kawasaki, Suzuki, and Yamaha over the following years, triggering an arms race to build the fastest superbikes in the world.

Above Video: That famous scene from Top Gun with Tom Cruise piloting a Kawasaki Ninja ZX900.

With the Ninja ZX900 project Kawasaki planned to create the fastest production motorcycle in the world, with handling and braking performance as good or better than anything being made by its rivals. And it succeeded.

The engineering team behind the bike created a new DOHC engine that would also act as a stressed-member, reducing the need for additional frame components and therefore reducing weight. This liquid-cooled engine had a swept capacity of 908cc and a power output of 115 bhp at 9,500 rpm with 63 lb ft of torque at 8,500 rpm.

The top speed of the new model was 151 mph, just enough to squeak past the 150 mph barrier, with the rider hunched down behind the windshield, making it the fastest production motorcycle in the world at the time and the first stock road bike to exceed 150 mph.

After it had been shown to the media in late 1983 local dealers entered three works Kawasaki GPZ900Rs into the Isle of Man Production TT – they finished in first and second place.

So successful was the bike, both due to its performance and its memorable appearance in Top Gun, that Kawasaki kept the model in production from 1984 until 2003, with considerable upgrades over time of course. 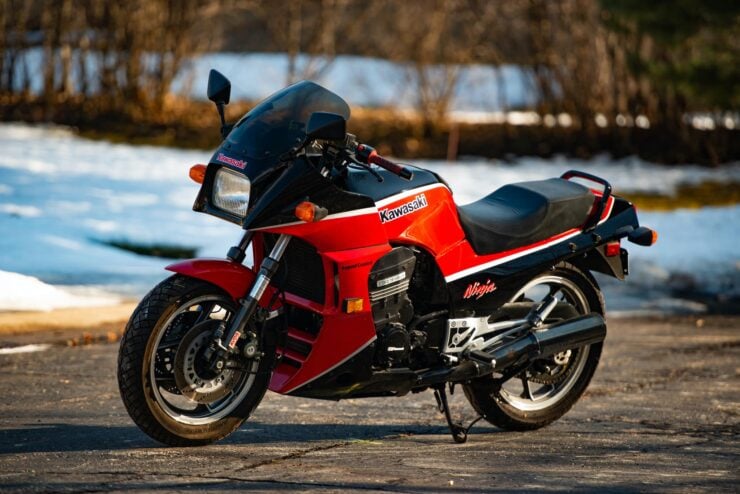 Above Image: The fairing and windshield were absolutely essential at higher speeds, with 150+ mph possible.

The competing Japanese manufacturers all rushed to release their own competitors for the Ninja, and there can be no doubt that the Kawasaki was responsible for incrementally pushing the world of motorcycles one step further forward.

The example you see here is a rare machine, an original surviving Kawasaki Ninja ZX900 from early in production with low mileage that is free from the many customizations made to these bikes in period by their enthusiastic owners.

The current owner (now seller) reports that his father bought the bike in late 1993 with just 7,943 miles on the clock, in all the years since it’s now reading just 12,660. The Ninja was carefully stored over the years and now shows very minimal signs of its age and no apparent sun or weather damage at all.

In late 2019 the motorcycle was sent for a servicing that included a clutch slave rebuild, a carburetor service, and a battery replacement. The new owner is advised to get new tires fitted before attempting any riding as the current rubber is showings its age.

Ifg you’d like to read more about this bike or register to bid you can click here to visit the listing on Rad For Sale – a new sales platform launched by the team behind RADwood. At the time of writing there’s a day left and the bidding is sitting at $1,200 USD. 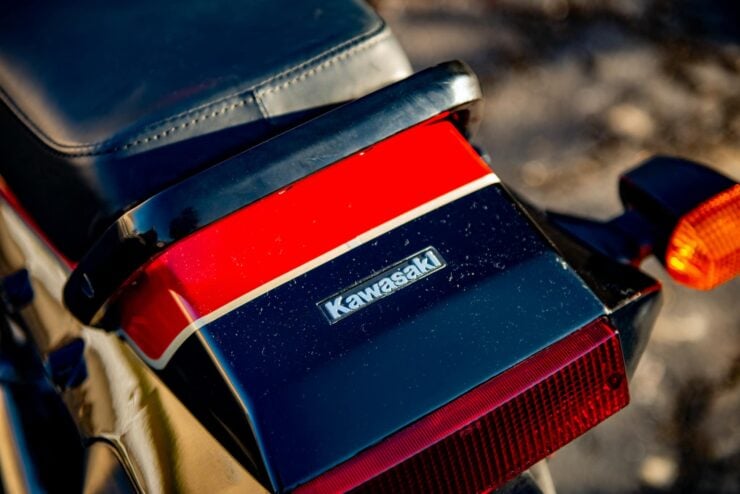 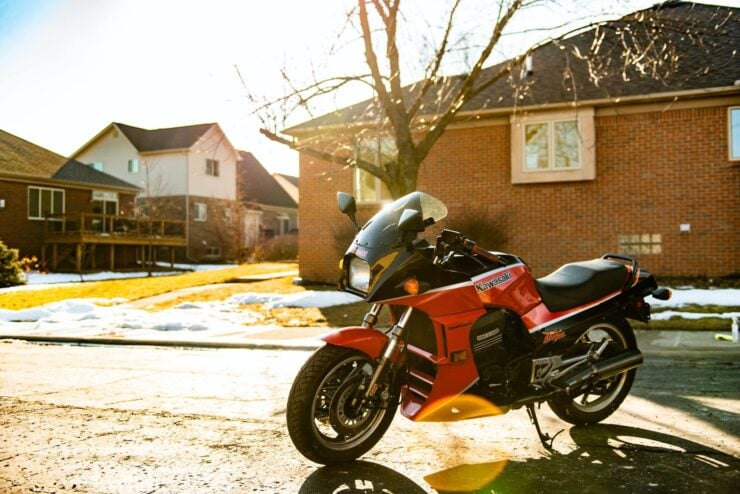 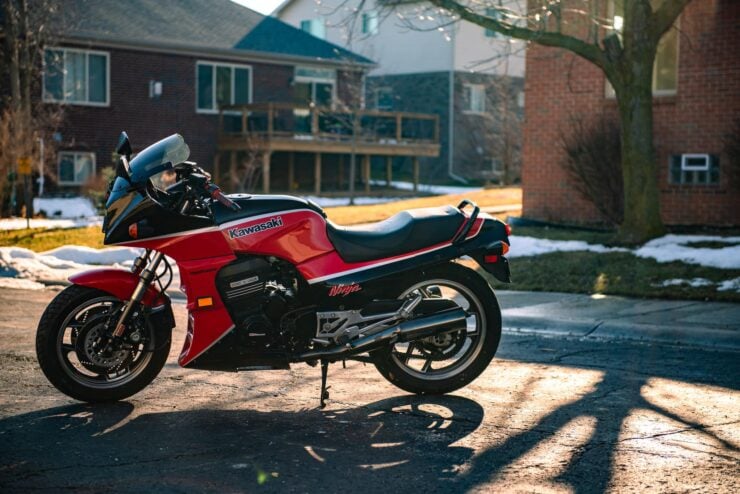 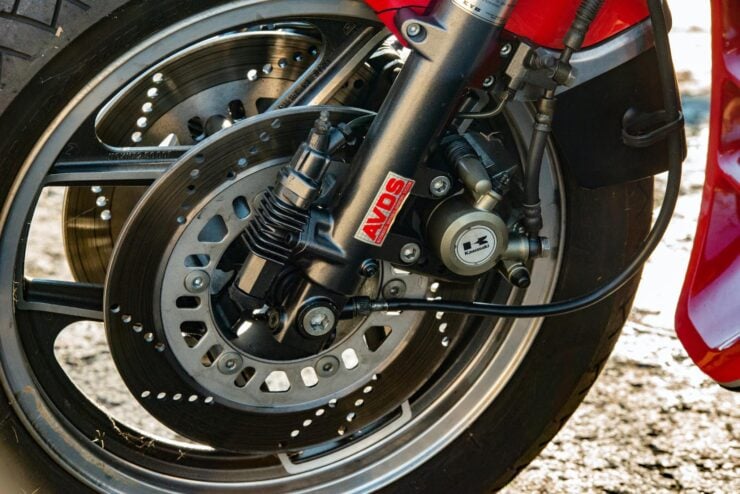 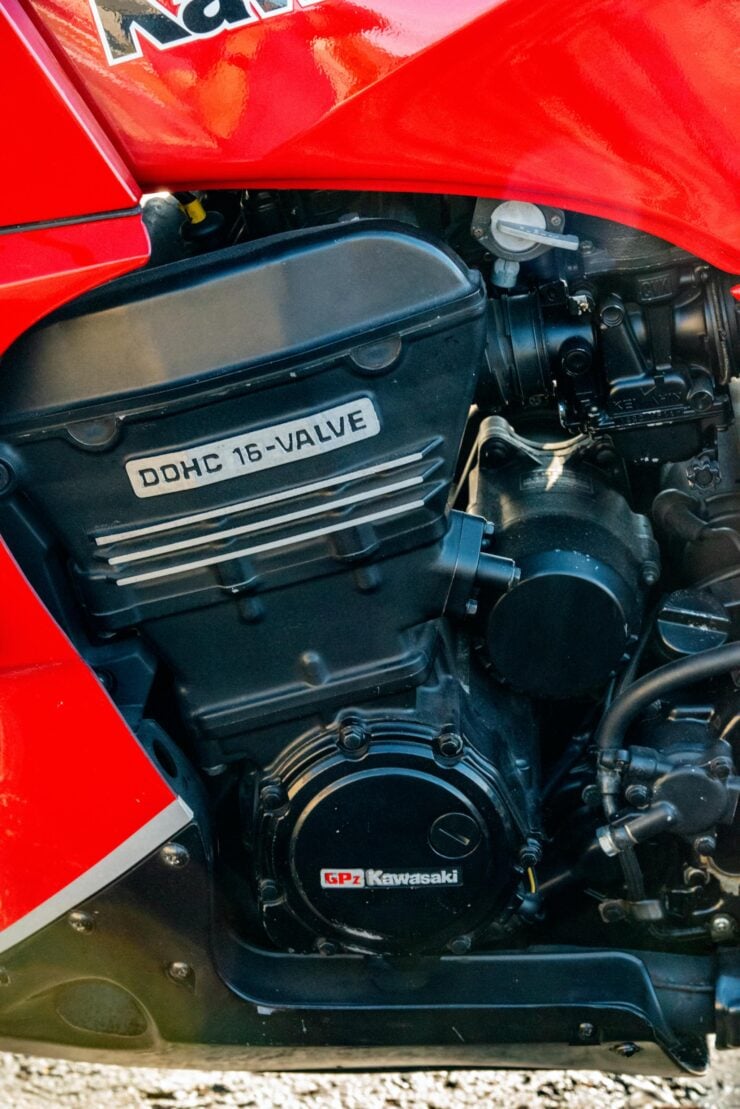 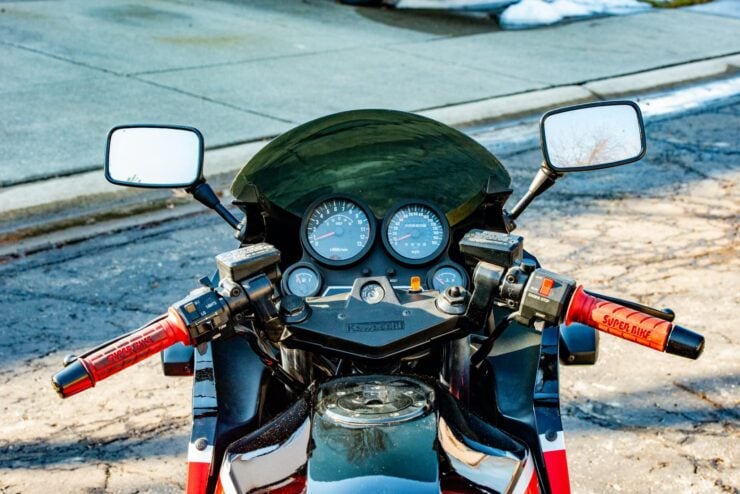 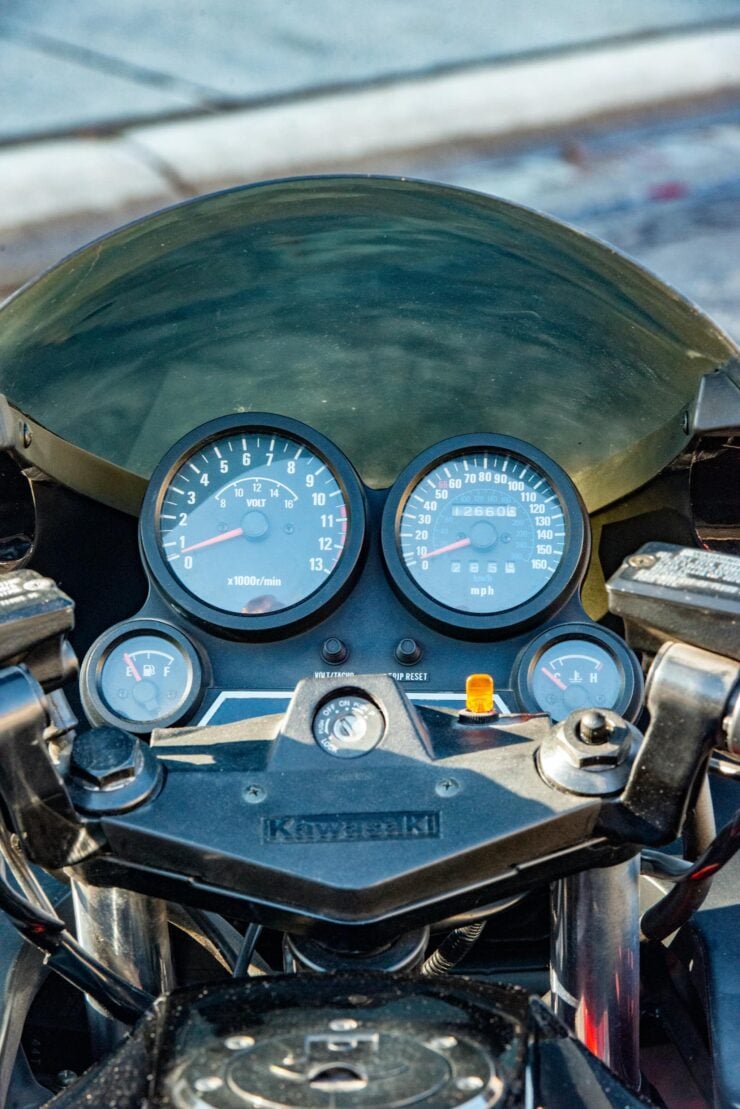 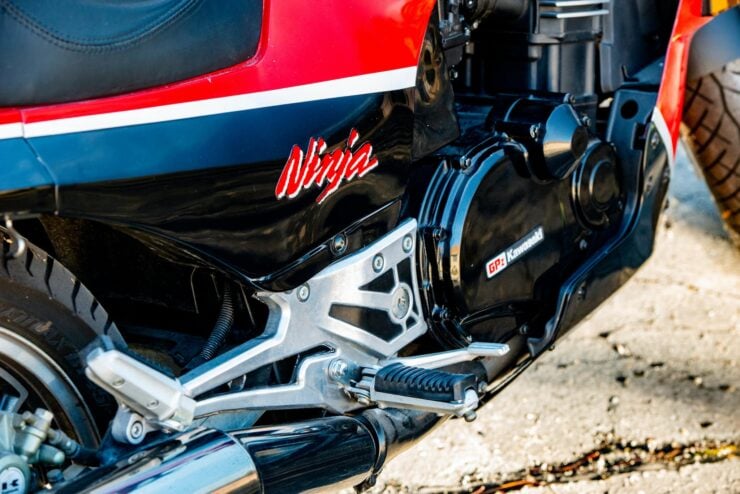 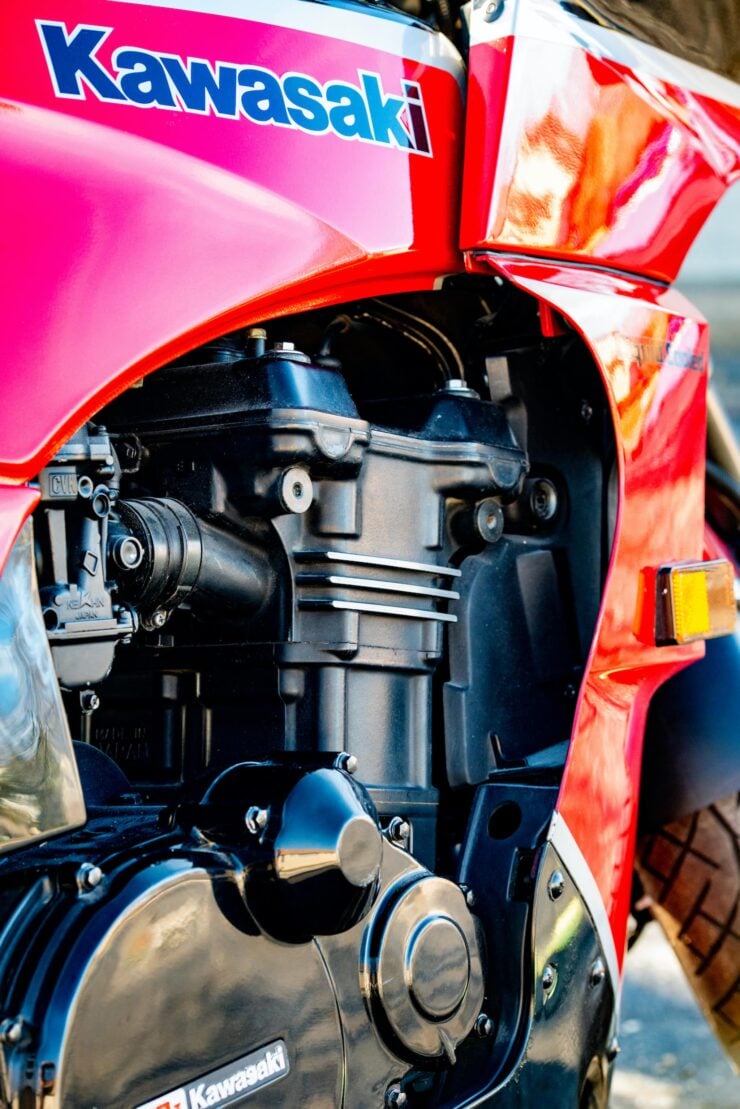 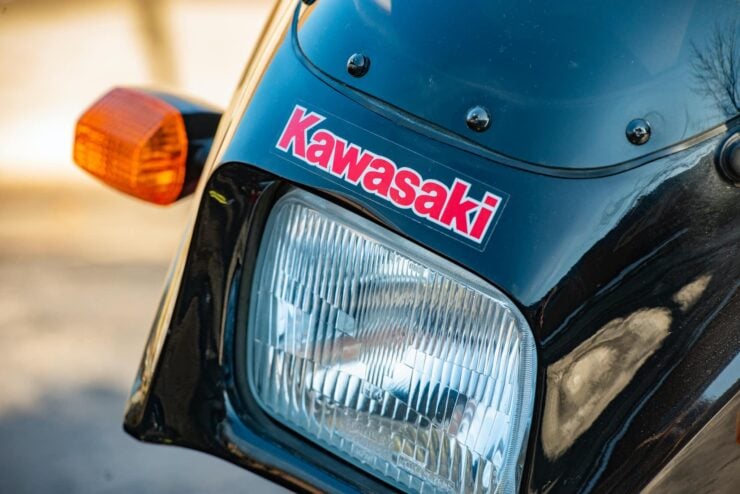 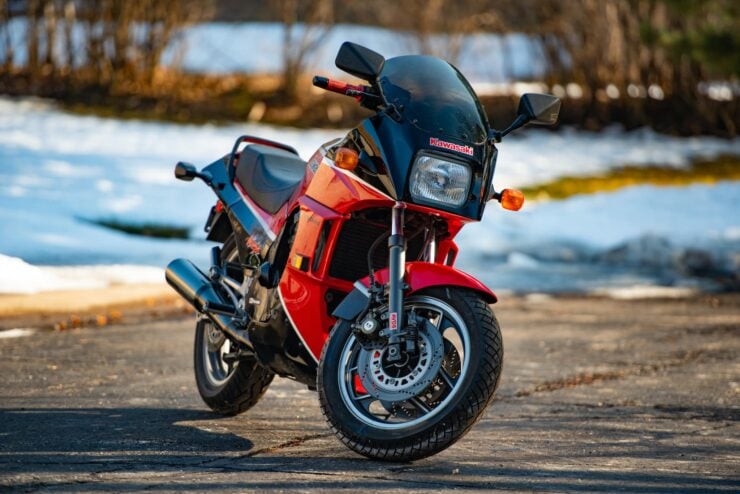 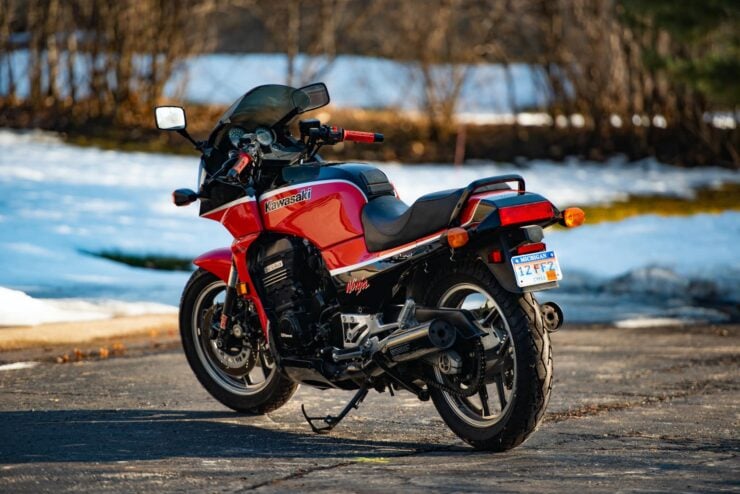 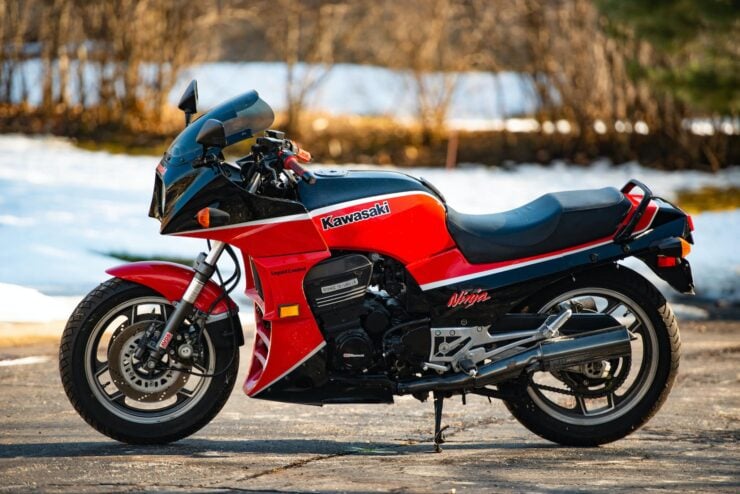 Images courtesy of Rad For Sale