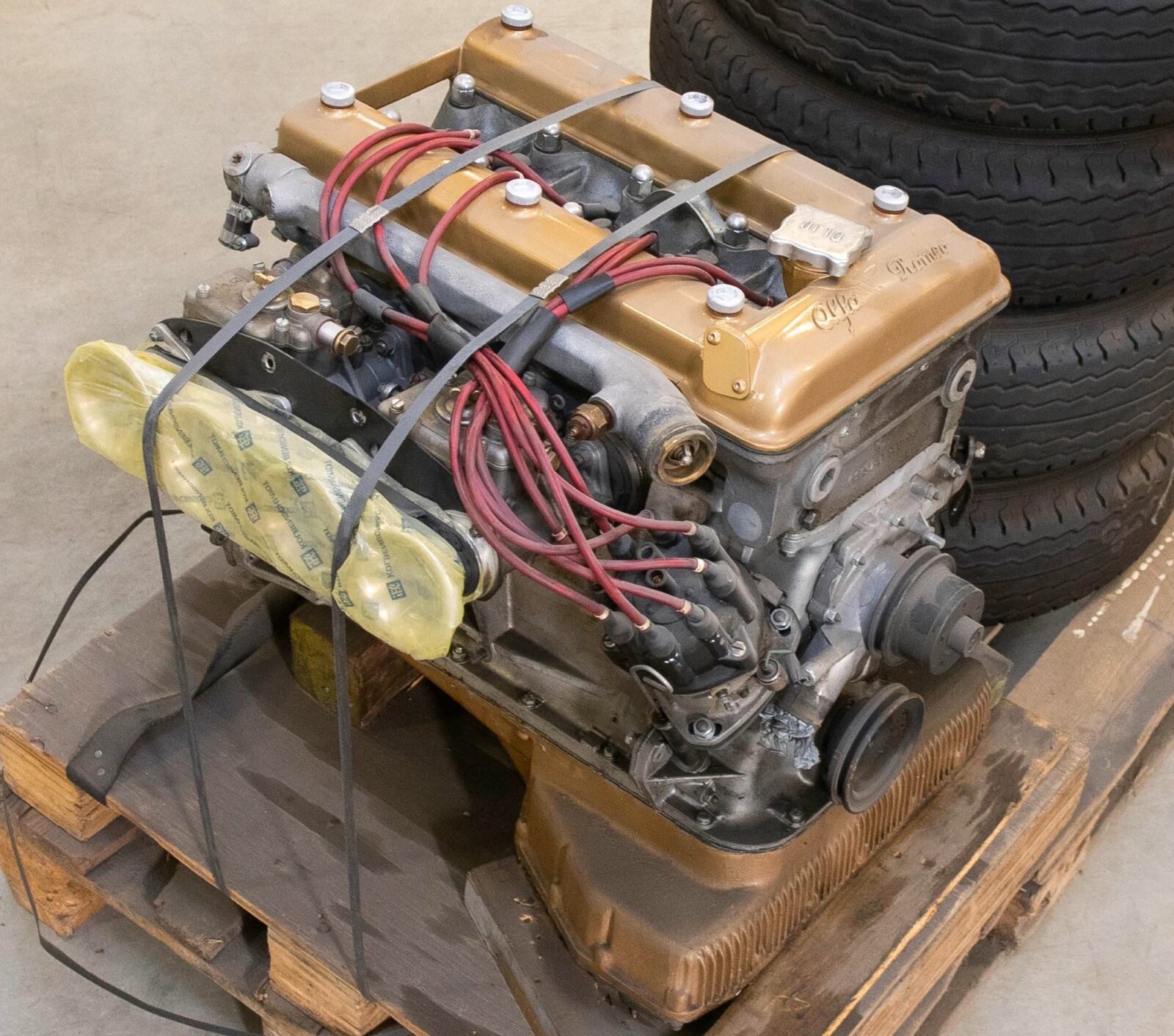 This is an Alfa Romeo Tipo 105 engine, perhaps better known simply as an Alfa Romeo Twin Cam with the Italians calling it the “Bialbero” for “Twin Shaft”. Remarkably this advanced engine was designed in the early 1950s and its been mass production since 1954, it would be upgraded over time and remain in production until 1994 – a 40 year run.

The lead engineer behind the Alfa Twin Cam was Giuseppe Busso, he developed an engine that used previously known engineering advancements like double overhead cams, hemispherical combustion chambers, overhead spark plugs, and lightweight all-alloy construction to create a new inline-4 that was leagues ahead of anything being made by Alfa Romeo’s competition.

Over the course of its production run variations of this engine would be fitted to a wide array of cars and the engine itself would be built with swept capacities ranging from 896cc all the way up to 2,056cc.

The Alfa Romeo Tipo 105 engine you see here has been built specifically for racing to GTA 1600 specification by marque specialists Ital Auto in Germany. It is now producing approximately 180 bhp and it’s accompanied by a dynamometer printout that attests to this. 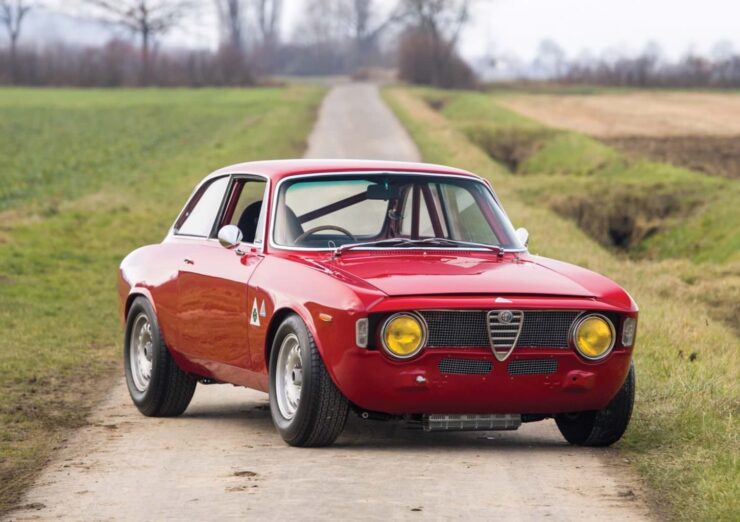 Above Image: A GTA Alfa, not dissimilar to the kind of car this engine is likely destined for.

GTA 1600 specification includes a reduced angle between the valves, from 90º to 80º, the valve sizes are substantially increased, a race cam is fitted along with twin Weber side draught carburetors, and due to the valve size increase the centrally located spark plugs are changed for a twin spark system.

Alfa Romeos of the 105 and 115 series have become increasingly popular in recent years, thanks in no small part to the work of companies like Alfaholics in Britain. Not that many years ago it was still possible to buy them somewhat cheaply, however that ship has now well and truly sailed.

If you’d like to read more about this engine or register to bid you can click here to visit the listing on Bonhams. It’s due to roll across the auction block in Monaco at the Monaco Sale ‘Les Grandes Marques à Monaco’ on the 25rd of April with a price guide of $21,000 to $33,000 USD. 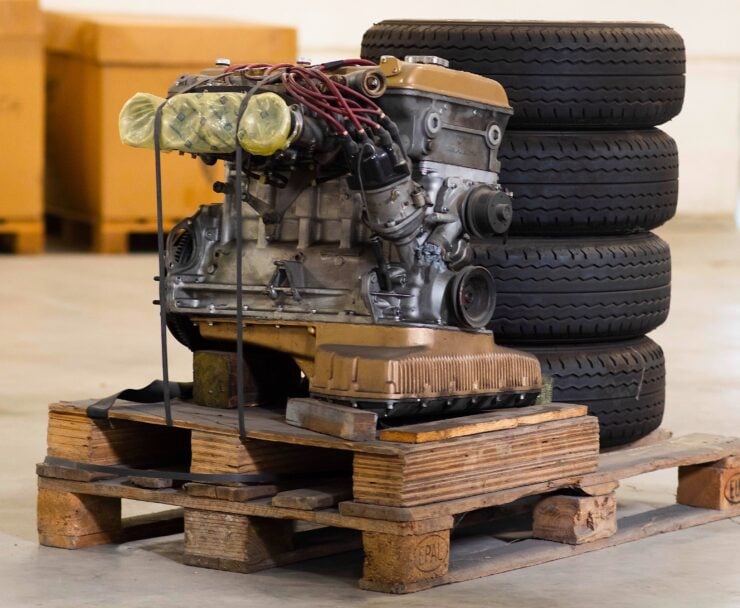