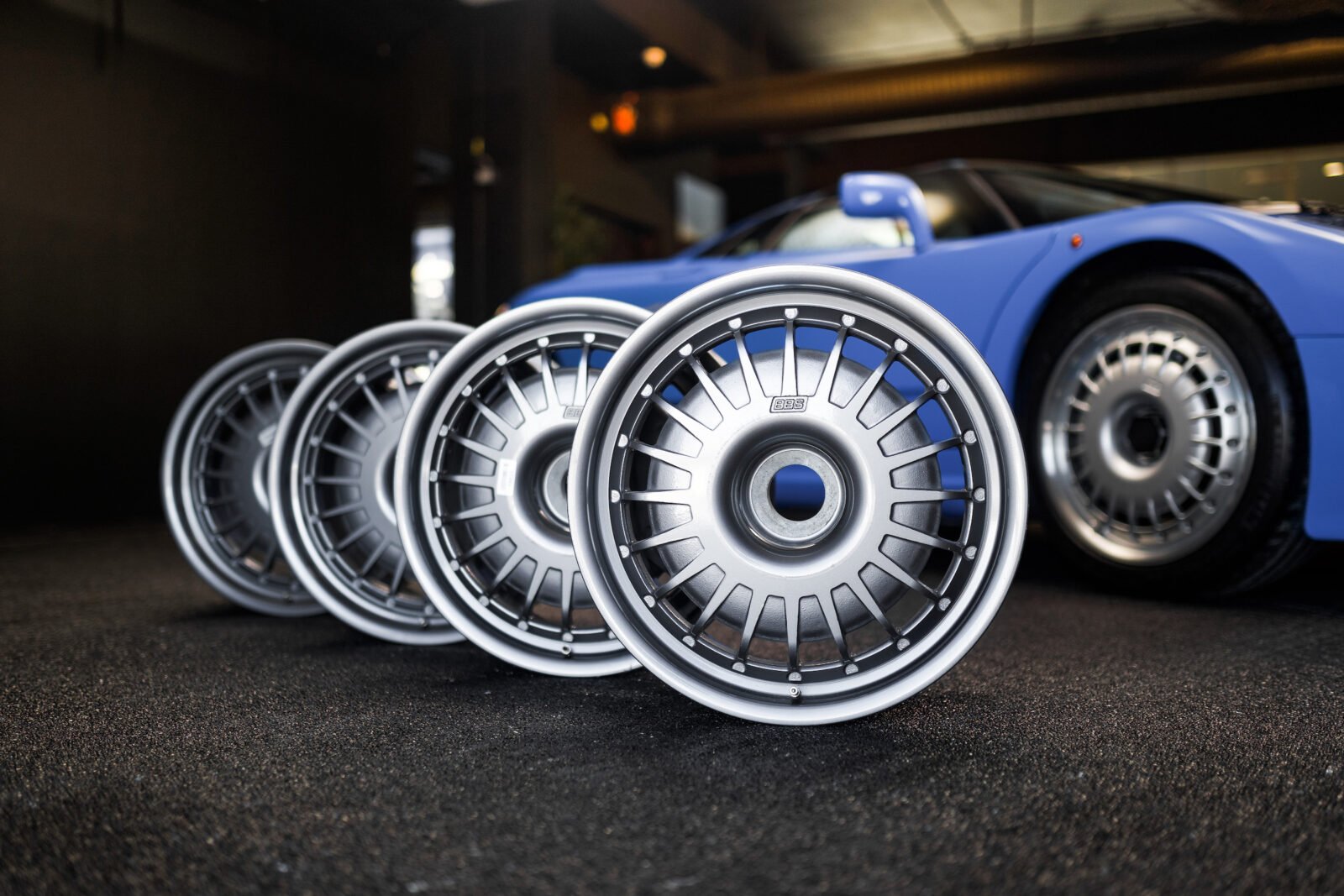 This is an original set of Bugatti EB110 wheels, they’re coming up for sale with RM Sotheby’s and as you may imagine they cost more than many used cars, with the price guide ranging from $9,400 to $14,200 USD.

The Bugatti EB110 is perhaps one of the most unfairly under recognized supercars of its age, alongside contemporaries like the Cizeta V16T. The EB110 featured a carbon fibre chassis, all-wheel drive, state-of-the-art onboard systems, and a top speed of 221 mph (355 km/h) in Super Sport trim.

Bespoke wheels were developed for the car, as you would expect for any supercar at this level. They’re a simple spoked design that measure in at 18 inches in diameter with 245/40 R18 tires fitted up front and 325/30 R18 on the rear.

The final design used for the EB 110 was quite different to the final prototype that had been designed by Marcelo Gandini. As you may expect, Gandini’s design was more angular and aggressive, with pop-up headlights and vents in the hood to assist with cooling.

Above Image: The production EB 110 (centre) with various Gandini-designed prototypes on either side. Note the considerable styling differences.

The name EB 110 was given as an homage to the original company founder Ettore Bugatti and his 110 birthday, which was celebrated in 1991 – the year the car was released.

Just 139 examples of the EB 110 were made between 1991 and 1995 when he company fell into bankruptcy. Compared to the Bugatti Veyron with over 450 built the EB 110 remains a rare sight and ever popular with enthusiasts.

If you’d like to read see more or register to bid on these wheels you can click here to visit the listing. They’re due to cross the auction block later in April, the price guide is €8,000 to €12,000 and they’re currently located in Copenhagen, Denmark. 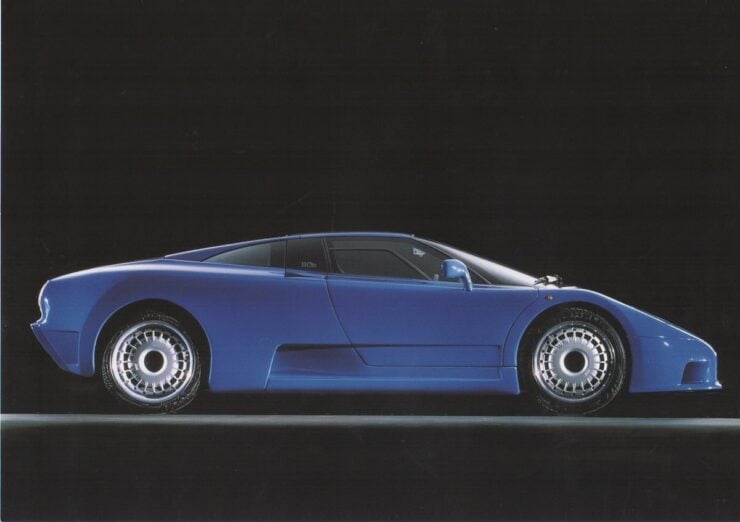 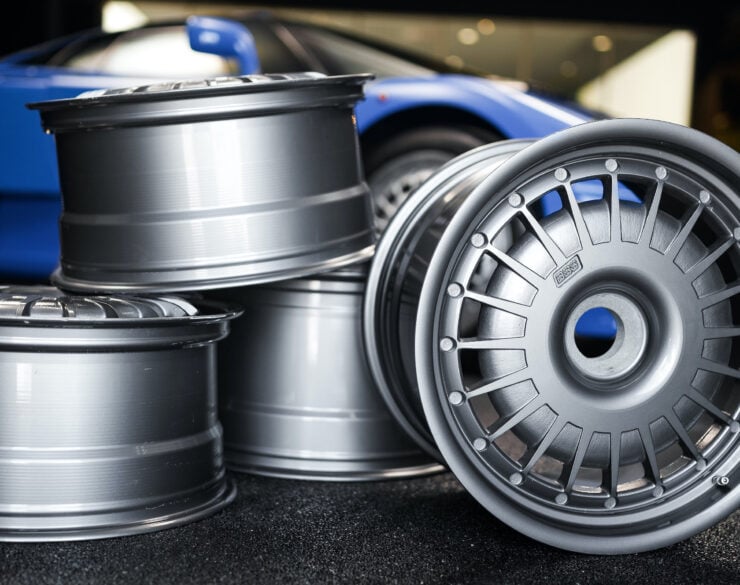 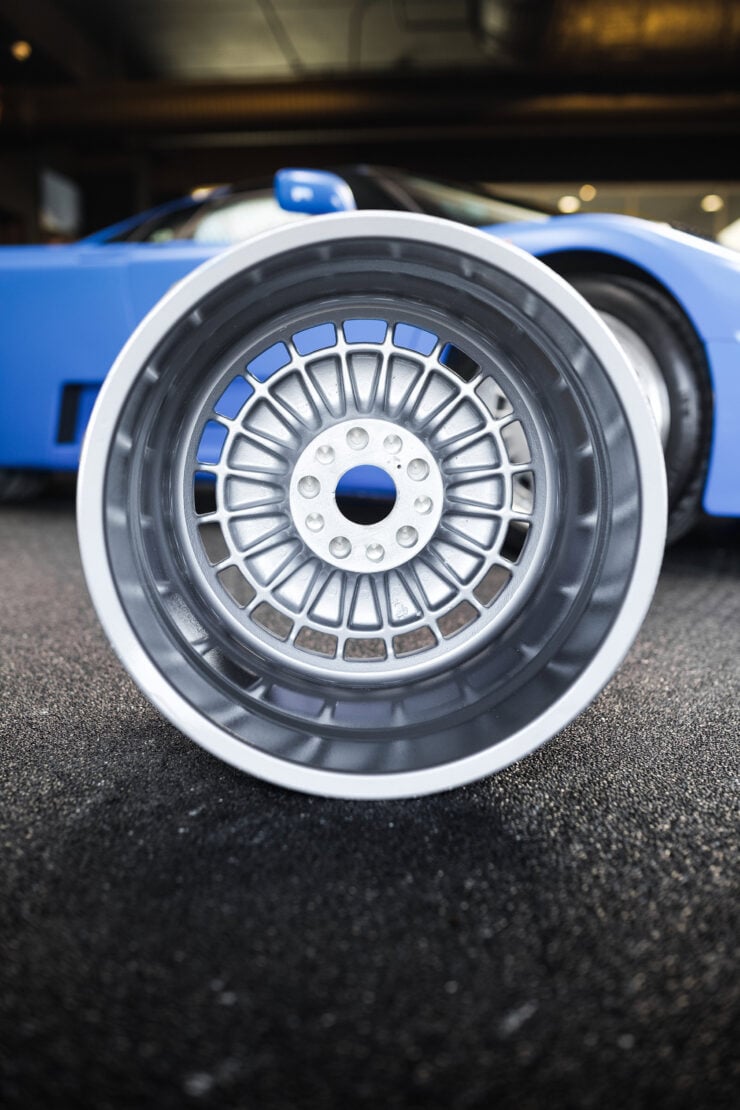 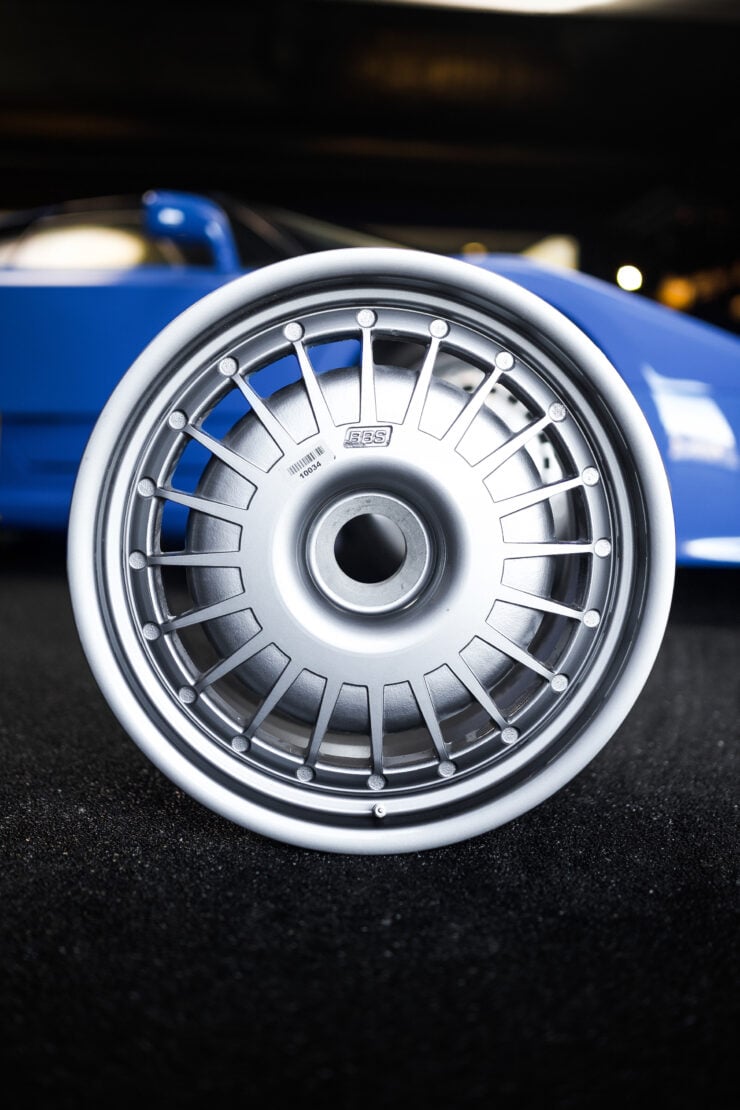 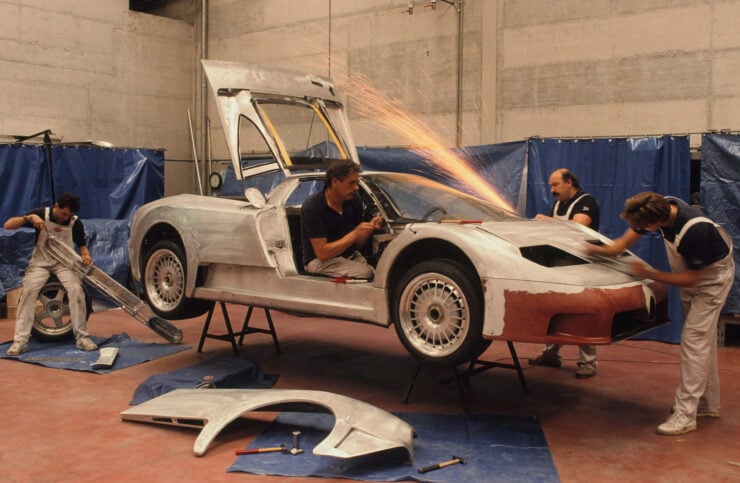