Kawasaki KZ550 by No. 8 Wire Motorcycles 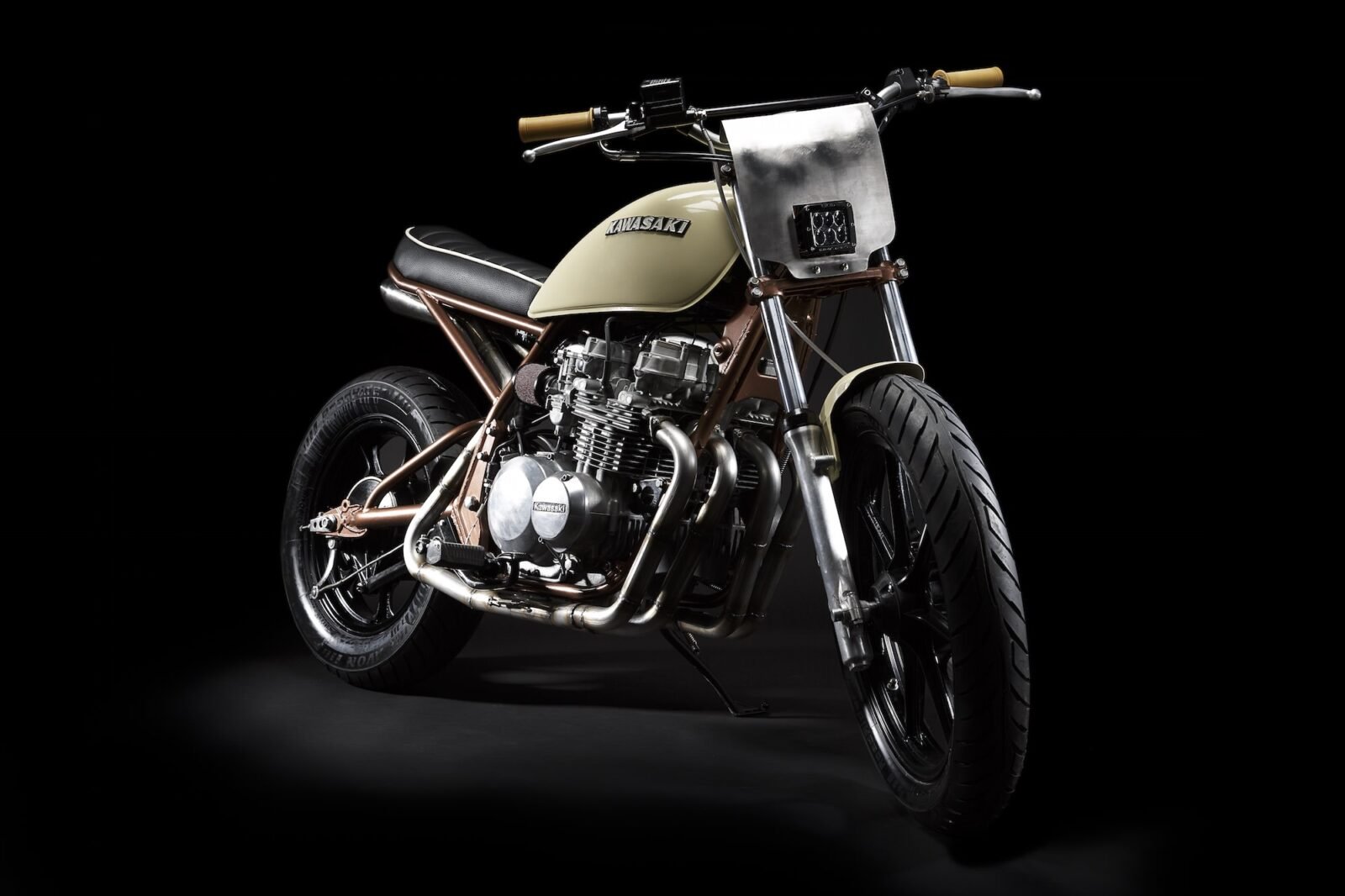 No. 8 Wire Motorcycles is a small but influential custom motorcycle garage based in Missoula, Montana. It’s run by a friendly New Zealander by the name of Colin Cornberg who draws his inspiration from two of the most iconic men in motorcycling – Burt Munro and John Britten.

The name of the garage is a reference to a gauge of wire used in farm fencing in New Zealand that would eventually be used for almost everything under the sun, it captures the can-do attitude of the Kiwis rather well, and their ability to keep things working despite a lack of spare parts, official suppliers or instruction manuals.

The Kawasaki KZ550 you see here is a great example of Cornberg’s work, he found it in the yard of an elderly gentleman in Bigfork, Montana and it had been sitting outside in the Montana sun, snow, rain and sleet for far too long. It also came without a title, which posed its own unique set of red tape challenges.

Colin and his friend Grant set to work on the bike, they decided to rebuild it into a monoshock rear street tracker that’d be ideally suited to the varying weather and road conditions found across Montana. The engine needed a full rebuild so the two men took it as an opportunity to add a Wiseco 615cc big bore kit, the top end was then rebuilt and all seals and gaskets were replaced.

In order to get the bike running better than new a Dynatek electronic ignition was installed, along with a lithium-ion battery, a new wiring loom, re-jetted carburettors and a custom exhaust capped with Cone Engineering mufflers. A Hagon monoshock was chosen to match the custom built swingarm, the front suspension was rebuilt and once the wheels had been powdercoated, they were dressed with Avon AM26 Roadrider Tires.

A set of Rental handlebars were chosen to give the bike the correct look and feel, a Rigid Industries headlight was fitted out front and the frame was powdercoated copper to bring out the cream tank and fender. The final feather in the Kawasaki’s cap was to be a custom made seat upholstered by Blue Ribbon Auto, also based in Missoula.

The completed bike was first shown at the Spirits and Spokes show held by Montgomery Distillery in June, and the bike is now used as a daily rider by Grant in Montana. If you’d like to see more from No. 8 Wire Motorcycles you can click here to visit their official website. 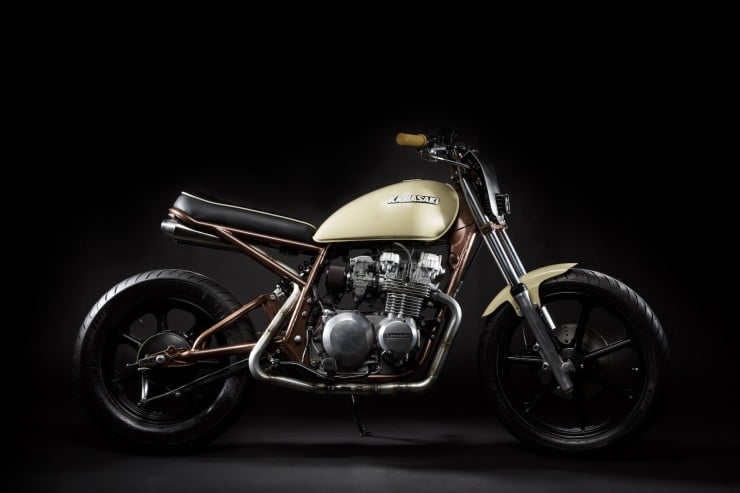 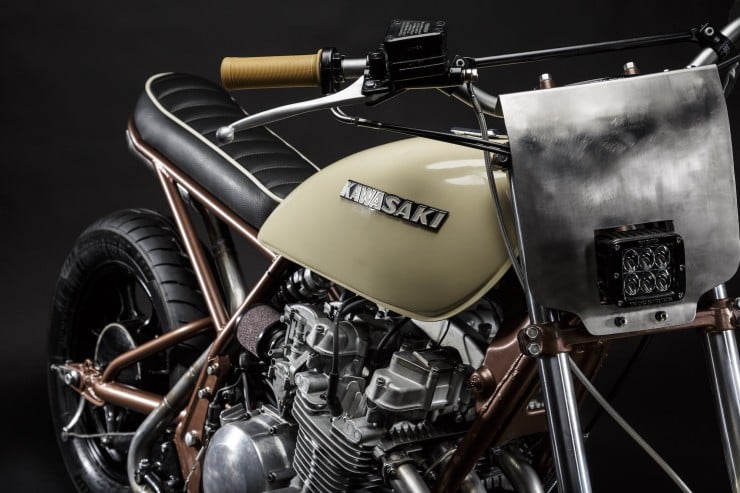 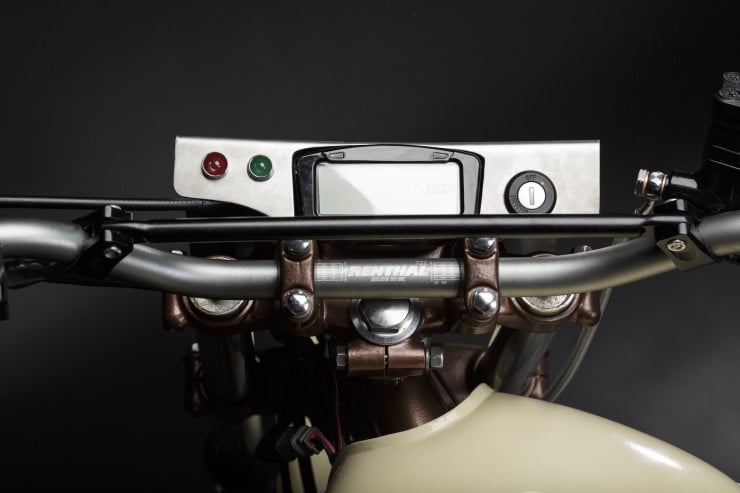 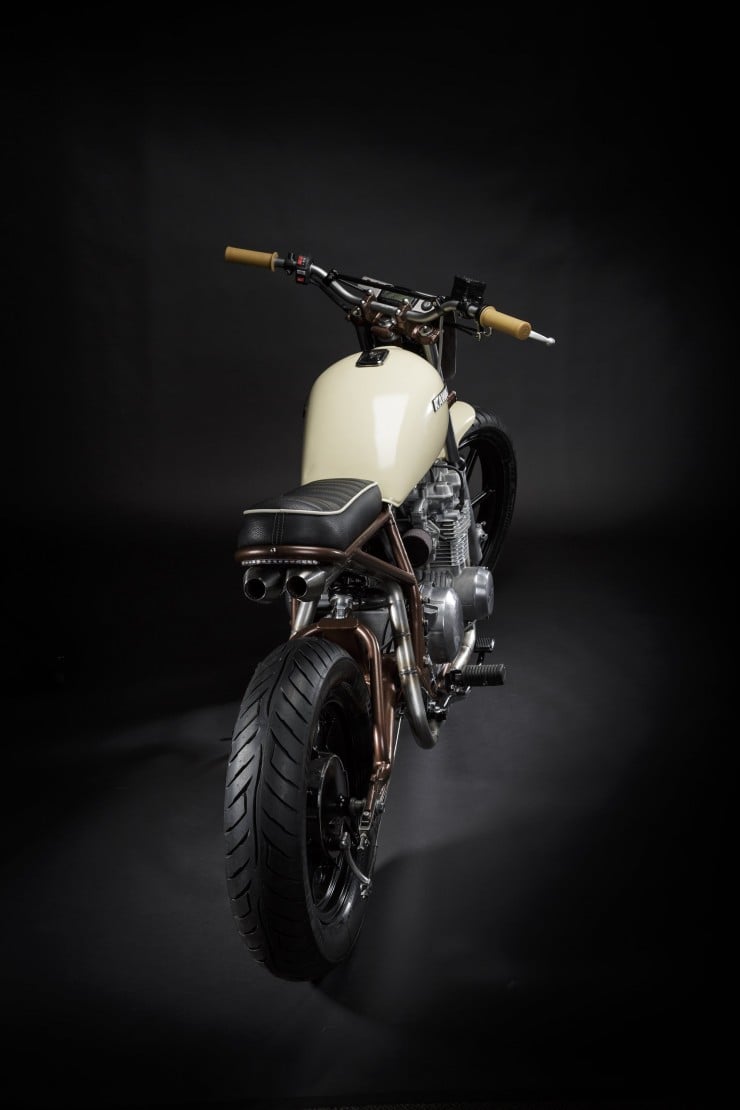 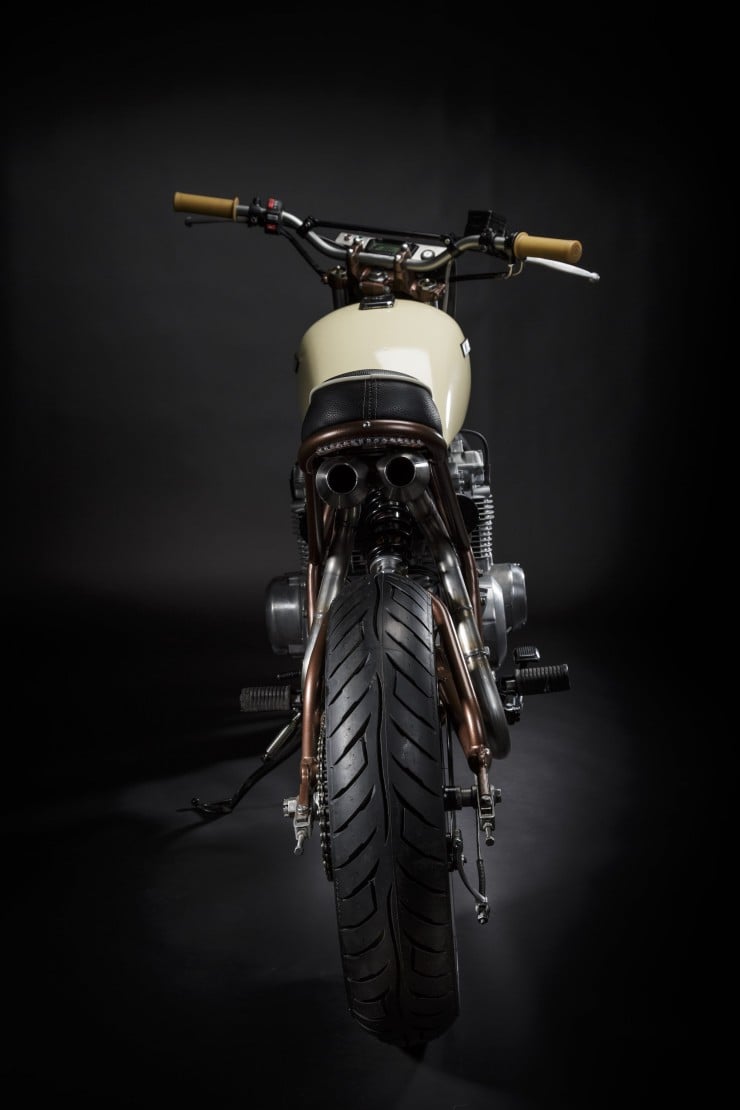 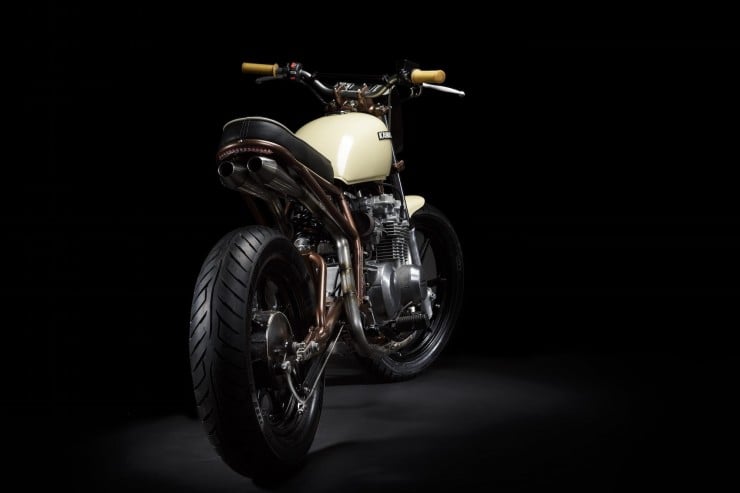 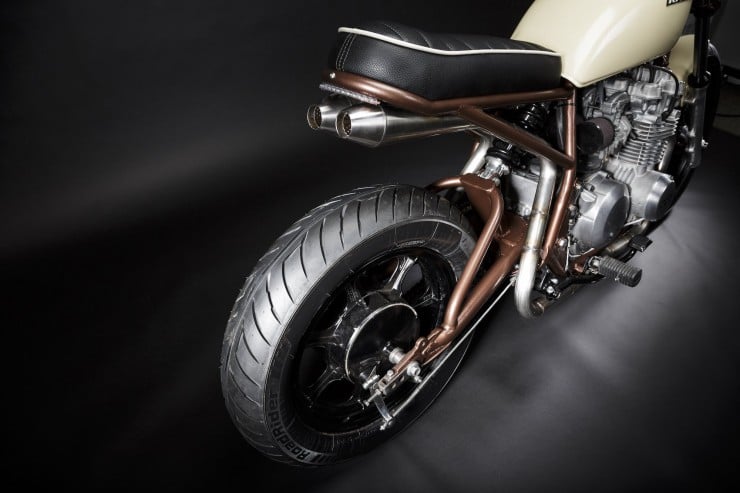 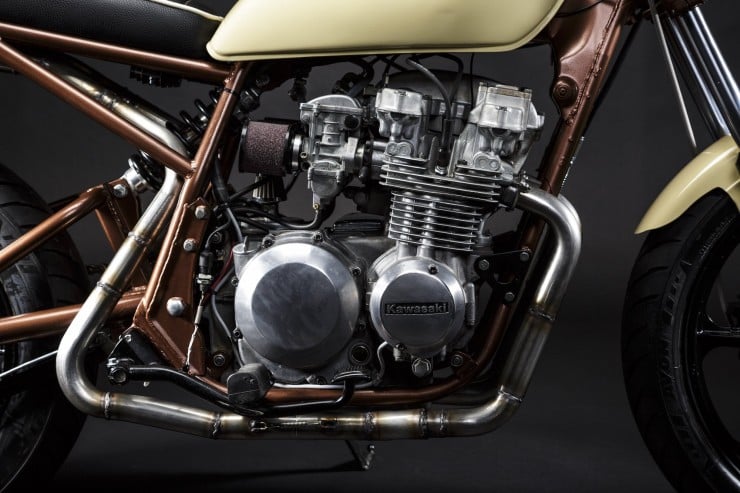 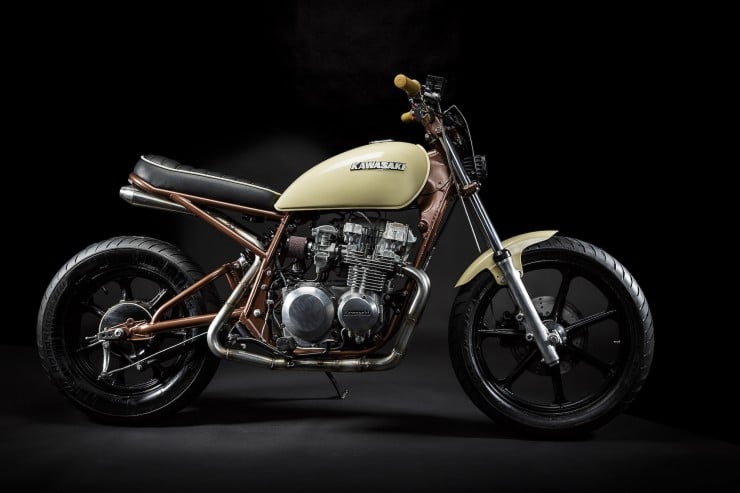 All photography by Athena Lonsdale of Athena Photography. 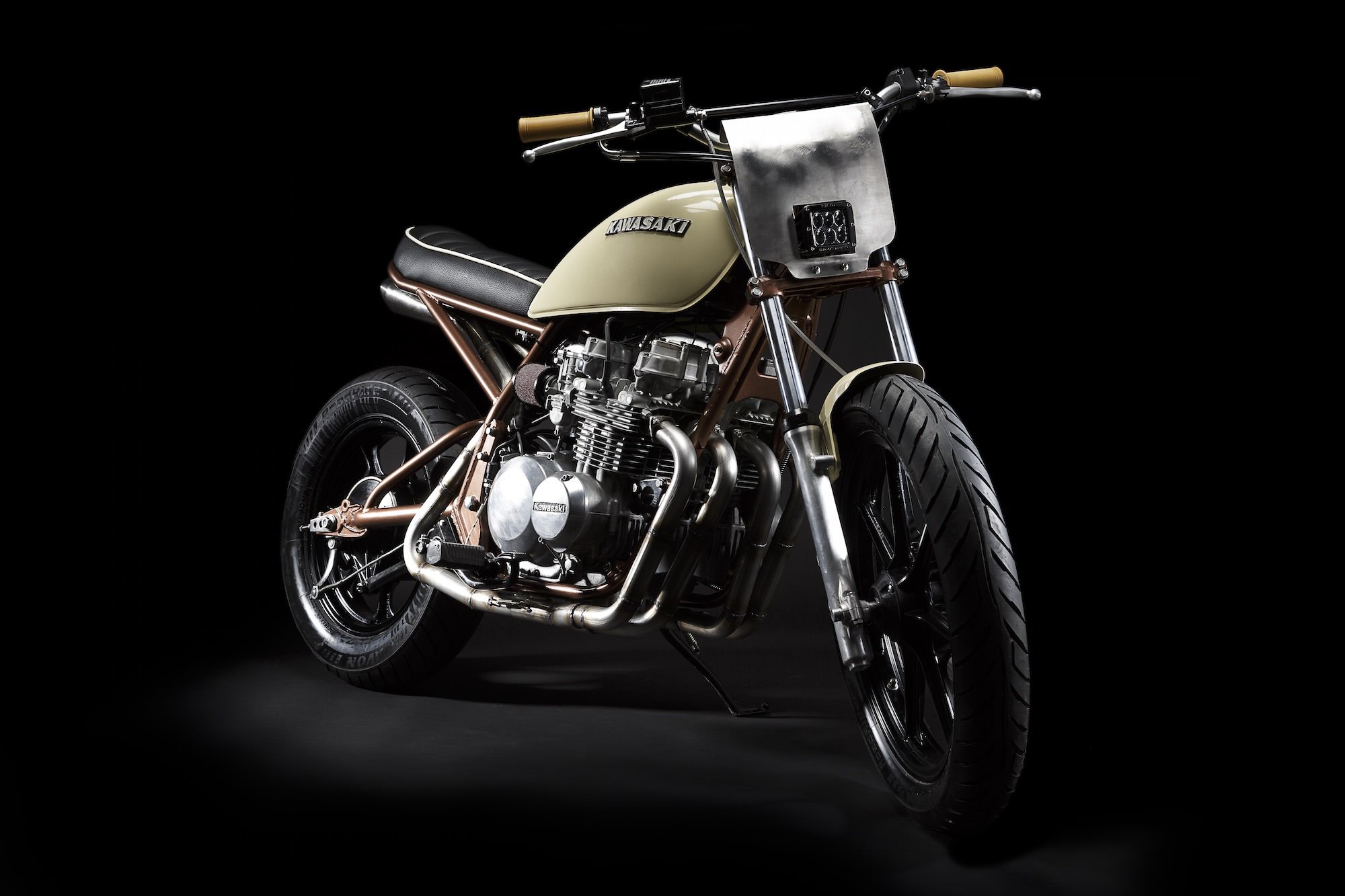