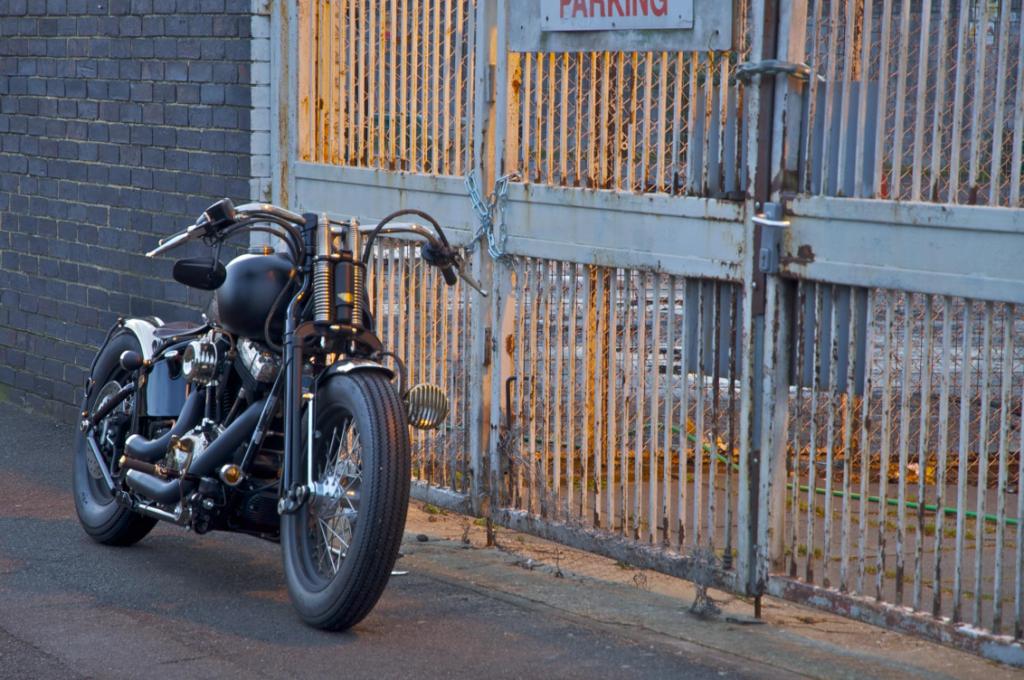 The Kamome Sprinter is a unique bike, it’s based on a 2011 Harley Davidson Softail Crossbones but to look at it you’d never guess it was that modern. The bike was designed earlier this year by Charlie Stockwell for Warr’s and denim label Evisu, the build took just 8 weeks and that includes the time it took to do all of the intricate engraving on the engine.

It’s great to see “corporate customs” that aren’t built by garages like Orange County Choppers, this bike clearly has soul buried within it’s design, that’s not something you can get by welding trinkets to a fuel tank.

The engraving on the engine reminds me of the sort of thing you’d find on a vintage Holland & Holland elephant rifle, it’s a design feature I’d love to see more of although I can imagine that it could become garish if done by the wrong person, think skulls, flames and snakes.

Rumour has it that the bike was recently bought by a Formula 1 driver although which one remains a mystery, update us in the comments if you know who snapped it up. 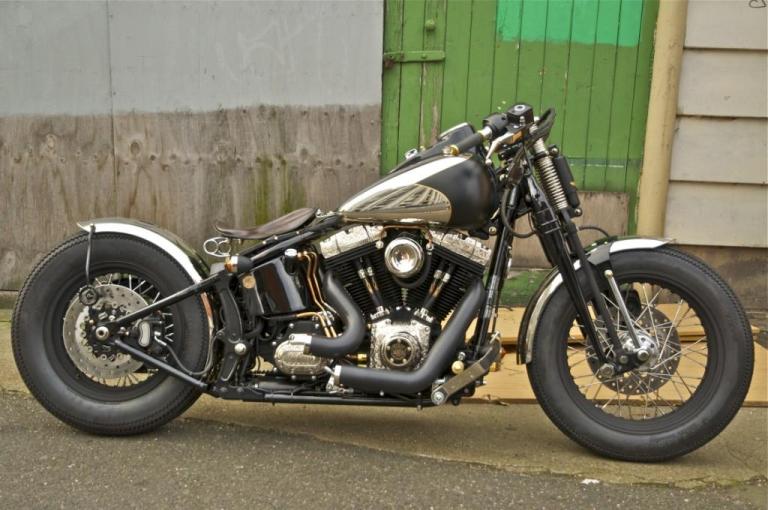 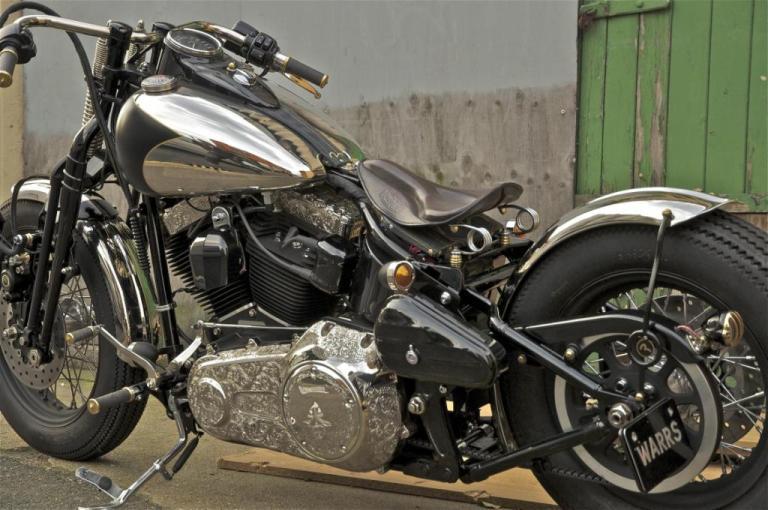 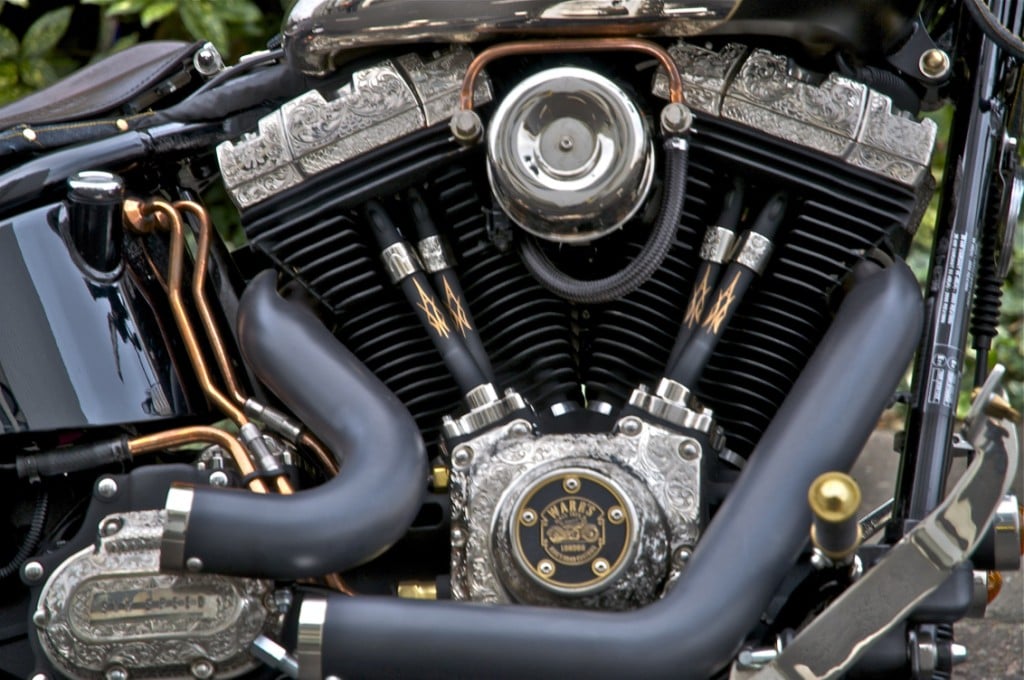 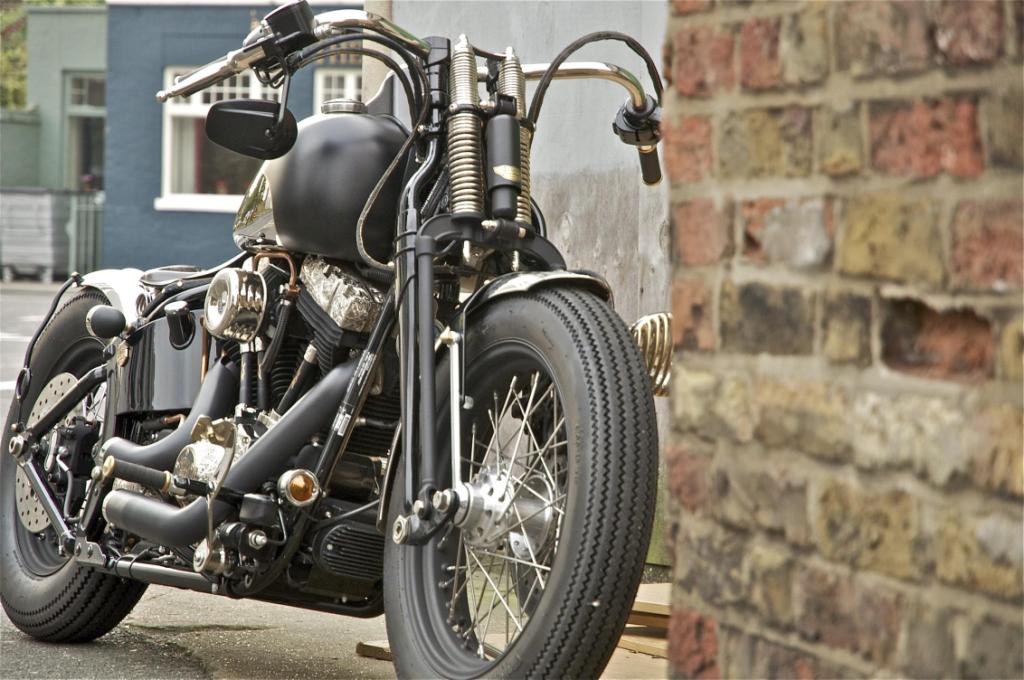