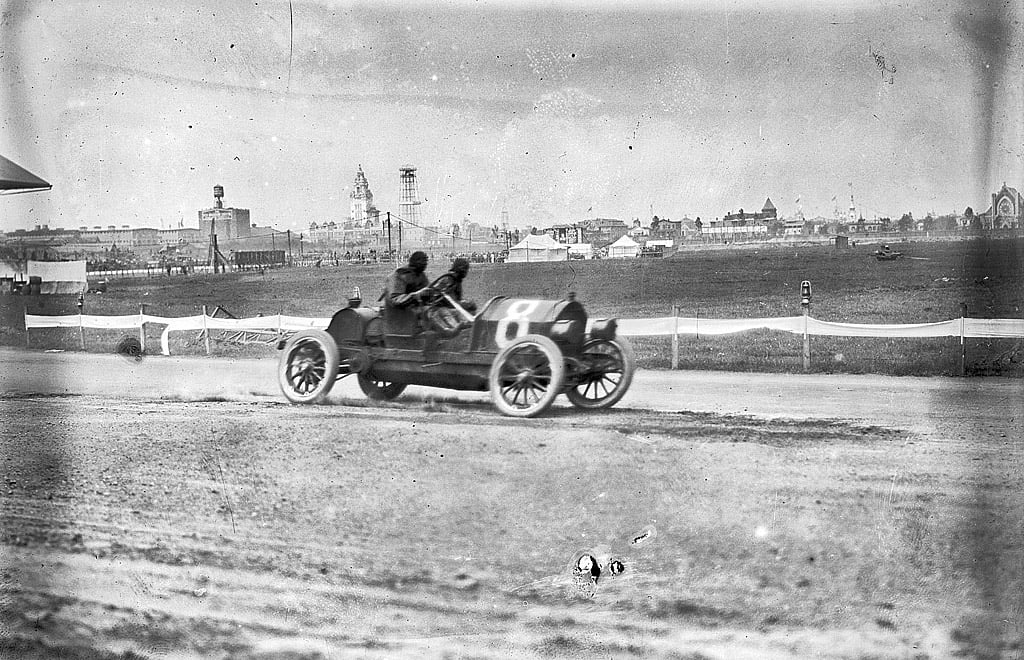 Every now and then I come across a photograph like this that mesmerises me, click the above picture and take a look at it full scale and you’ll see what I mean. The sense of speed roars though the image, the beach sand kicked up by the tires adds to the sense of velocity.

The background of this photograph is also quite busy and offers a unique view into the distant past of the Brighton Beach skyline. The car is being piloted by Al Poole and George Robertson, they went on to win the event after covering a total distance of 1091 miles.