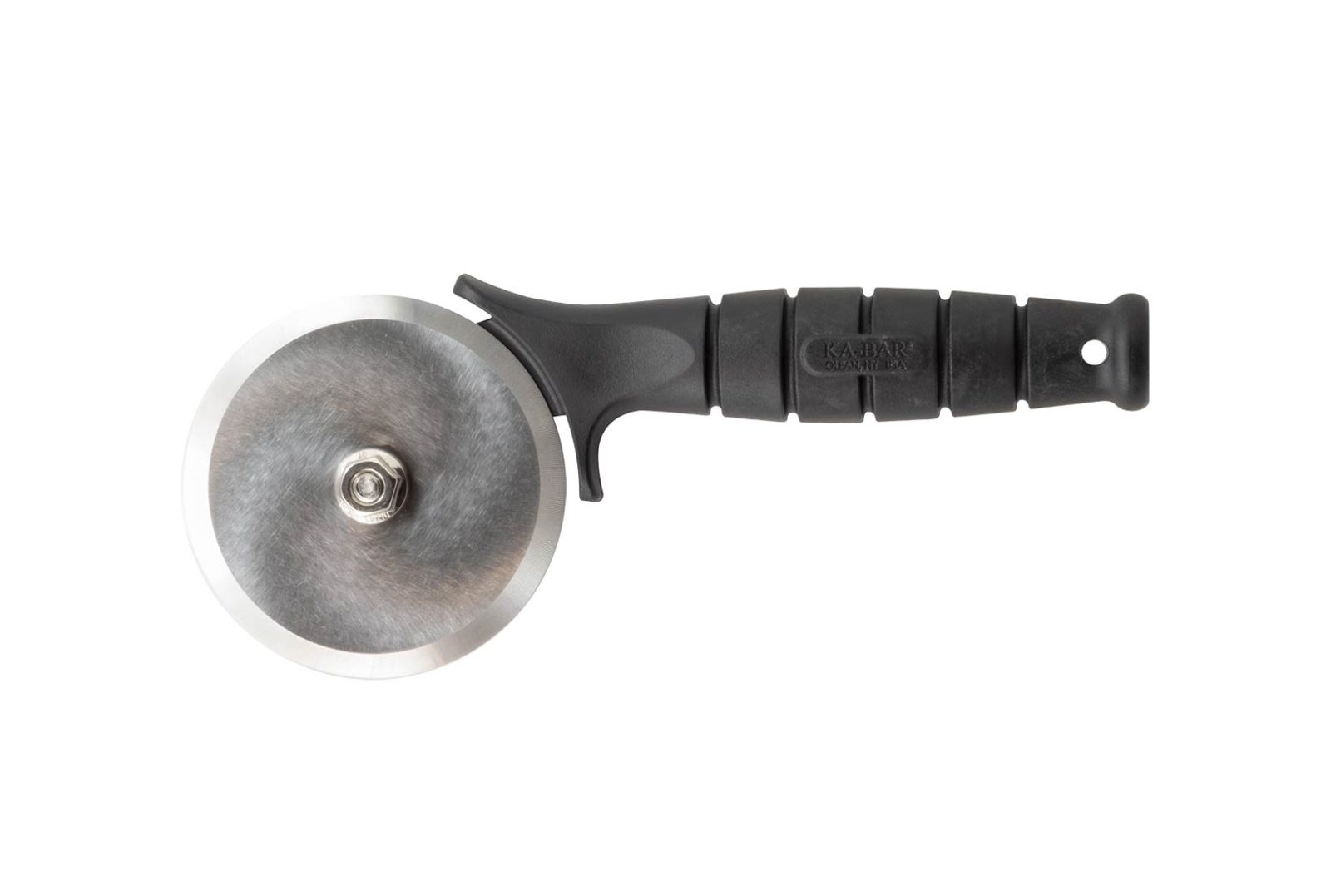 This is the Ka-Bar ‘Za-Saw Pizza Cutter, it’s a tongue-in-cheek creation made by the company that created the WWII-era USMC Mark 2 Combat Knife – standard issue equipment to countless U.S. Marines during (and after) the war.

The distinctive handle of the Ka-Bar Mark 2 was designed to allow Marines to keep a firm grip even when fighting in rain, mud, snow, and sand.

The grip has since been widely copied, and Ka-Bar themselves have issued a series of less-serious products using the design including a Tactical Spork, the Wrench Knife, and the ‘Za-Saw Pizza Cutter you see here. 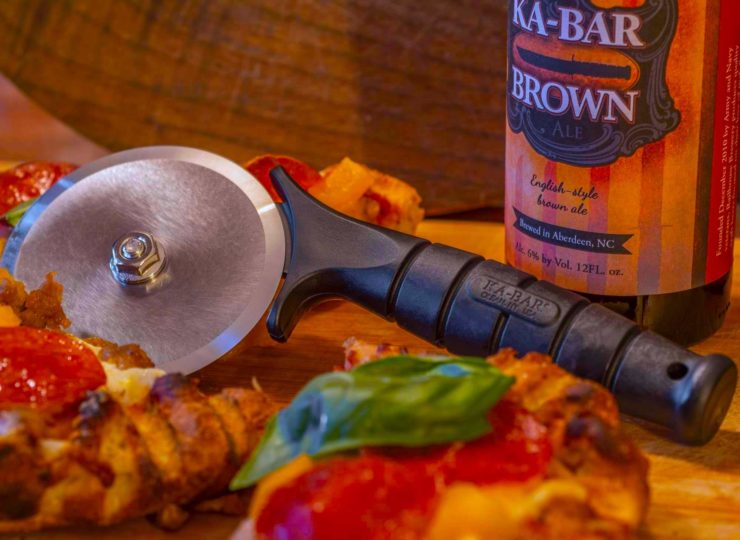 The 3 inch circular blade of the Ka-Bar ‘Za-Saw Pizza Cutter can be removed for sharpening or replacement when the time comes.

This pizza cutter has a circular blade made from 440A stainless steel with a Rockwell Hardness rating of 51-53. The blade measures in at 3 inches in diameter and it has a thickness of 0.05 inches.

Interestingly the first circular pizza cutter was invented by David S. Morgan and patented by him in 1892, but he didn’t intend for it to be used for cutting pizza – he had designed it as a wallpaper cutter.

Ka-Bar makes each of these pizza cutters in the United States, in the same factory that makes the famous USMC Mark 2 Combat Knife. They retail for $28 USD apiece and they come with a long-lasting black Creamid handle with a Ka-Bar tang stamp. 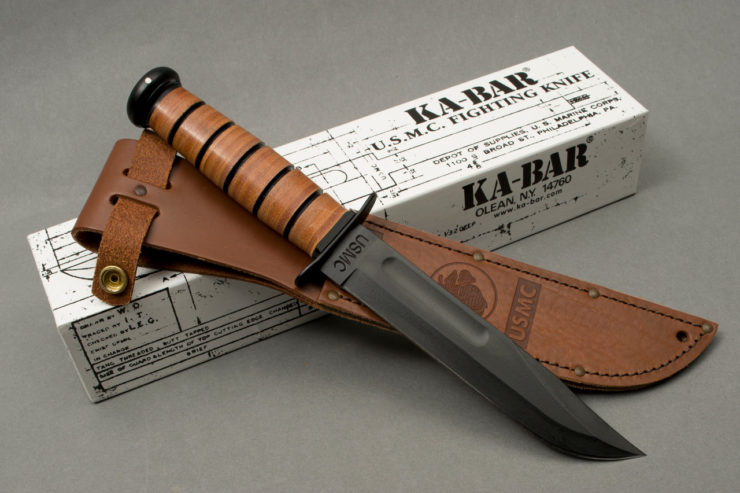 Ka-Bar still produces the WWII-era USMC Mark 2 Combat Knife today, and they’re made in the USA. 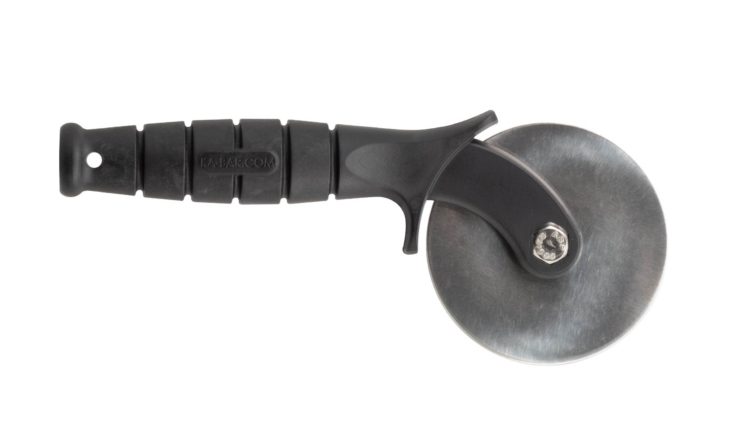