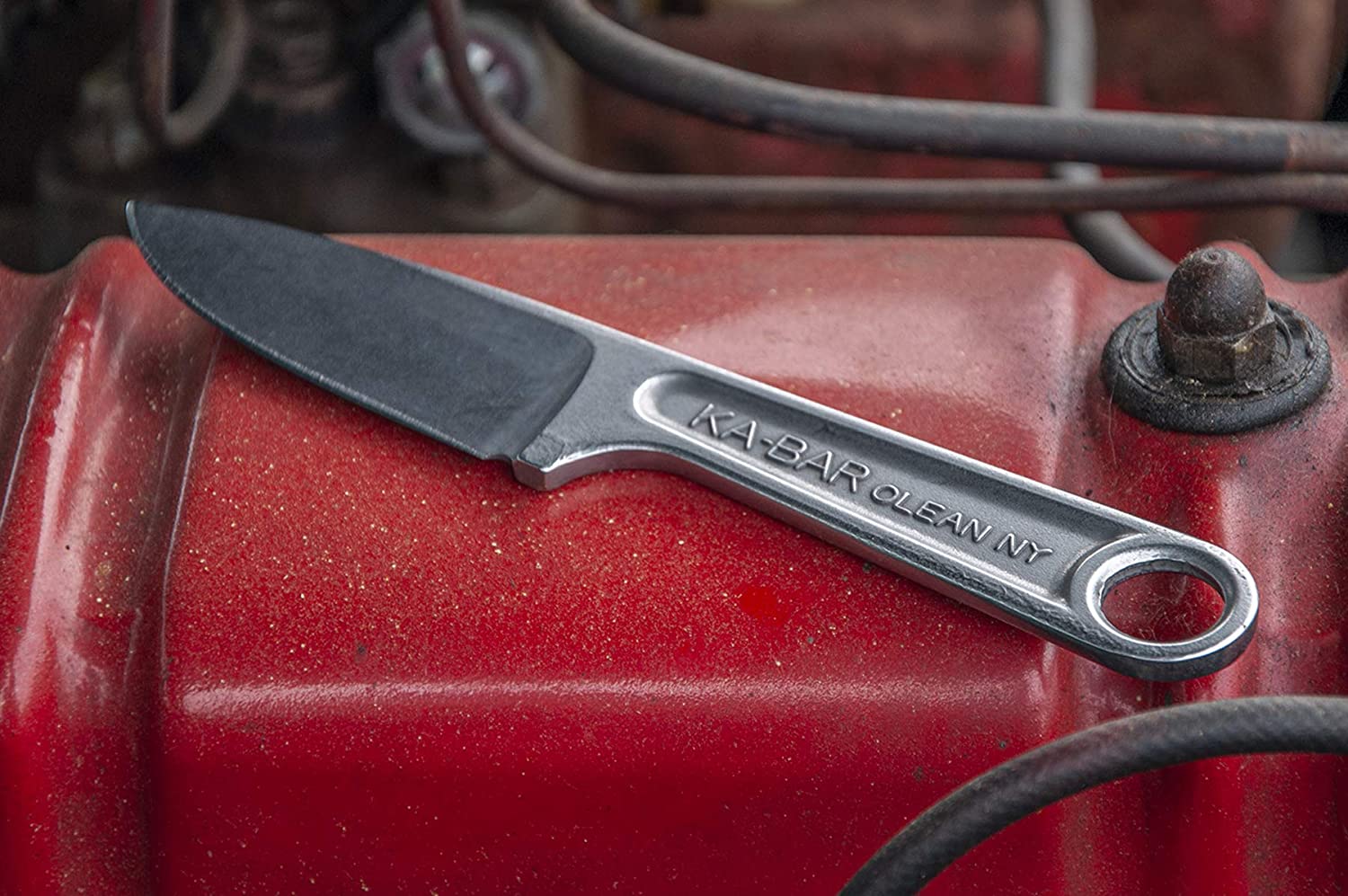 The Ka-Bar Wrench Knife was developed as a tough, utilitarian knife perfectly suited to life in your toolbox or on your belt. Each knife is machined from a single piece of 425 high-carbon stainless steel and it has a blade hardness of 56-58.

The wrench-style handle is designed so the knife can be hung on the wall with your regular wrenches or tools and it comes with a hard black plastic cover to protect the blade and avoid accidents when it’s not in use. With a blade size of 3.0 inches and an overall length of 7.125 inches, the Ka-Bar Wrench Knife is a good size for many tasks in the engine bay and around the garage.

The company was originally called Union Cutlery Co., they famously changed their name based on a story contained in a letter received from a fur trapper who had used his Union Cutlery knife after his rifle jammed when he was being attacked by a bear. The letter was only partially legible but the letters “k a b ar” were readable, from the sentence “kill a bear”.

In 1923 Union Cutlery Co. officially adopted the name “Ka-Bar” from the trappers bear story as its trademark. 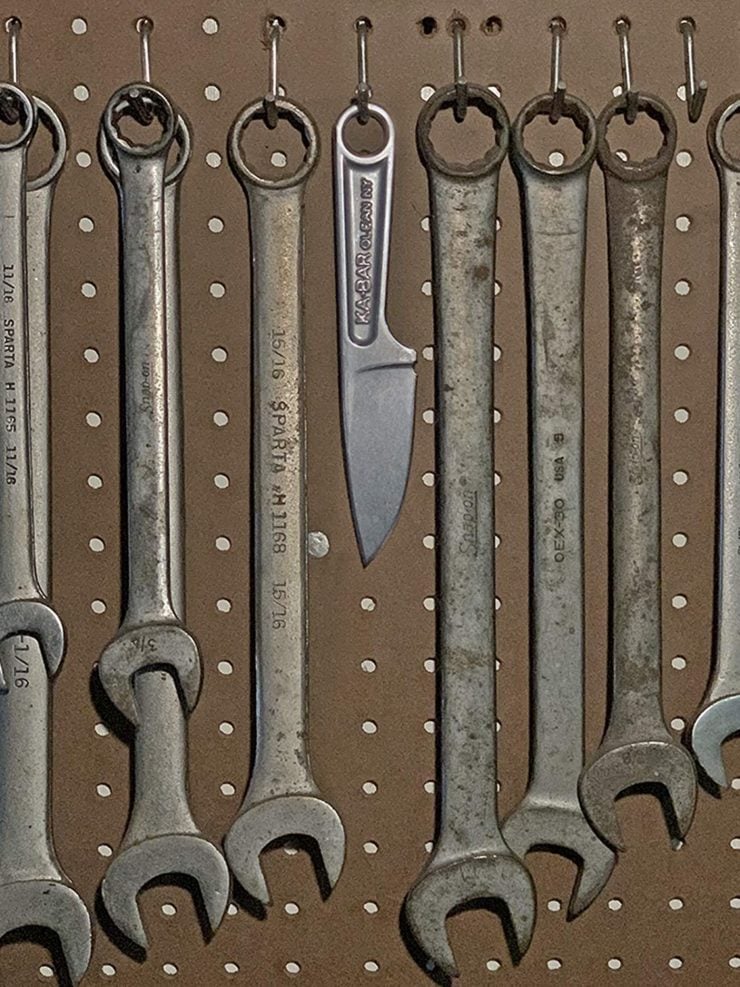 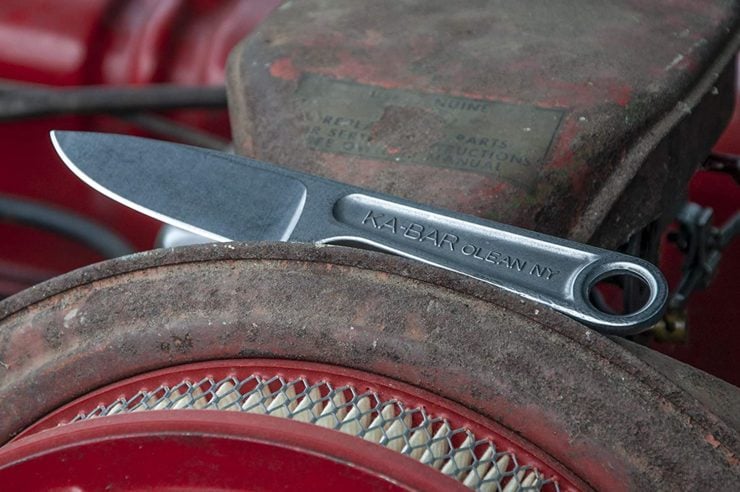