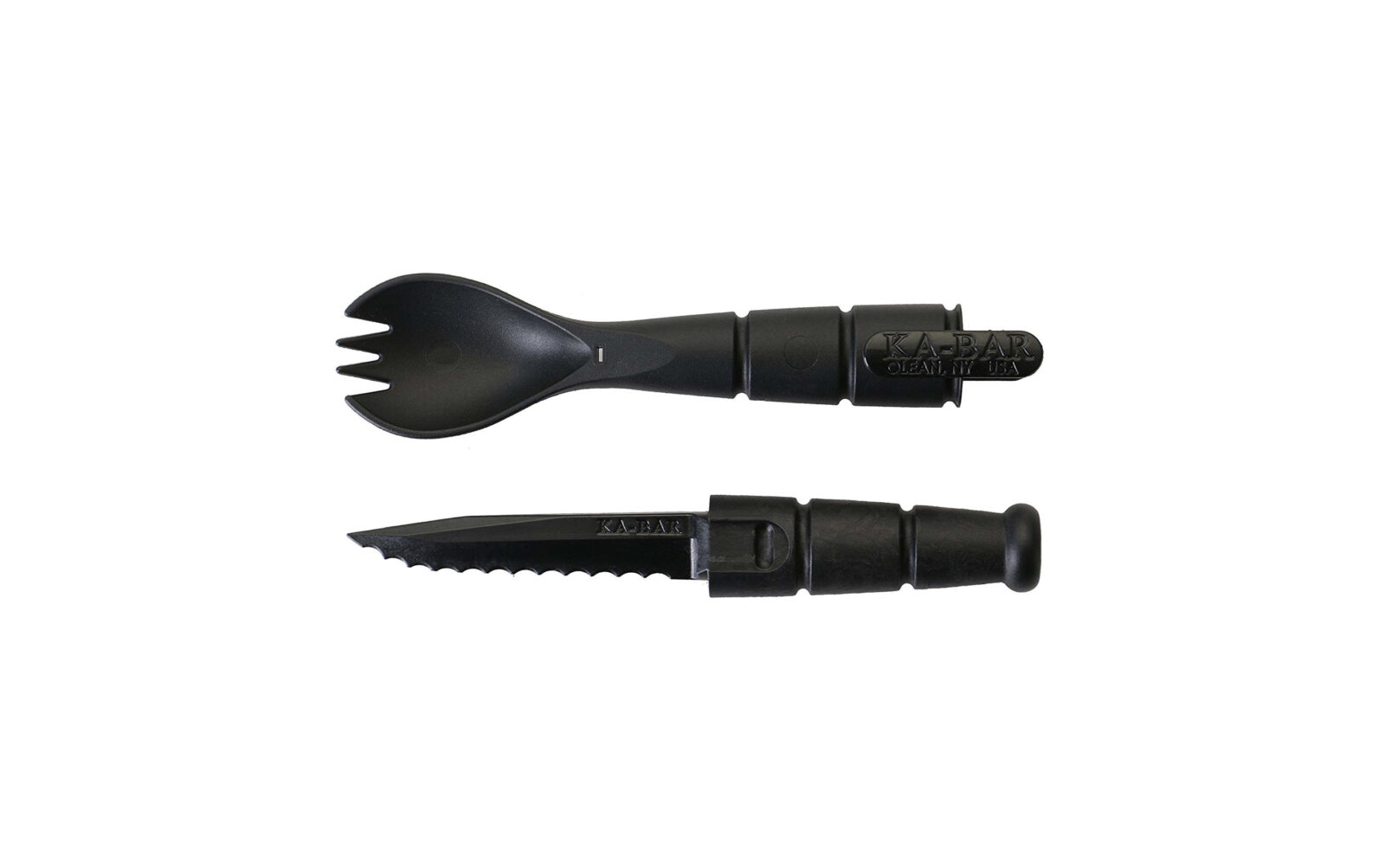 Every now and then I like to feature something slightly ridiculous, and the Ka-Bar Tactical Military Spork definitely fits the bill.

Although there’s clearly humor to be had with anything called a tactical spork, it does actually look kind of useful as a cheap ($13~), lightweight cutlery option for when you’re out in the wild.

Ka-Bar is more famous for the USMC Mark 2 Combat Knife that was made famous during WWII, Korea, and Vietnam. The company started out as the Union Cutlery Co. of Olean, New York but they changed their name in 1923 after receiving a barely legible letter from a fur trapper who had used his knife to kill a bear that had attacked him.

“…they changed their name in 1923 after receiving a barely legible letter from a fur trapper who had used his knife to kill a bear that had attacked him.”

All they could make out in that part of the letter was “k….. a b.ar …..” and so they decided to use that name on their knives going forward, and lead with the trapper’s story. A brilliant piece of marketing that’s still revered today.

Although the Ka-Bar Tactical Military Spork might not be quite as rock n’ roll as the knife used by the Marines it is still remarkably useful. It’s made from a hard, lightweight polymer and there’s a knife inside the spork that can be removed via a clip on the handle – giving you all the cutlery you need for camp food. 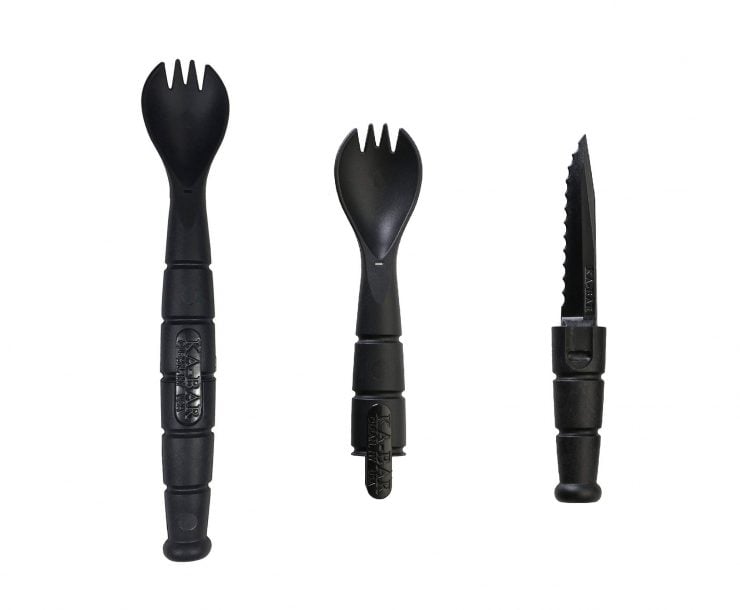 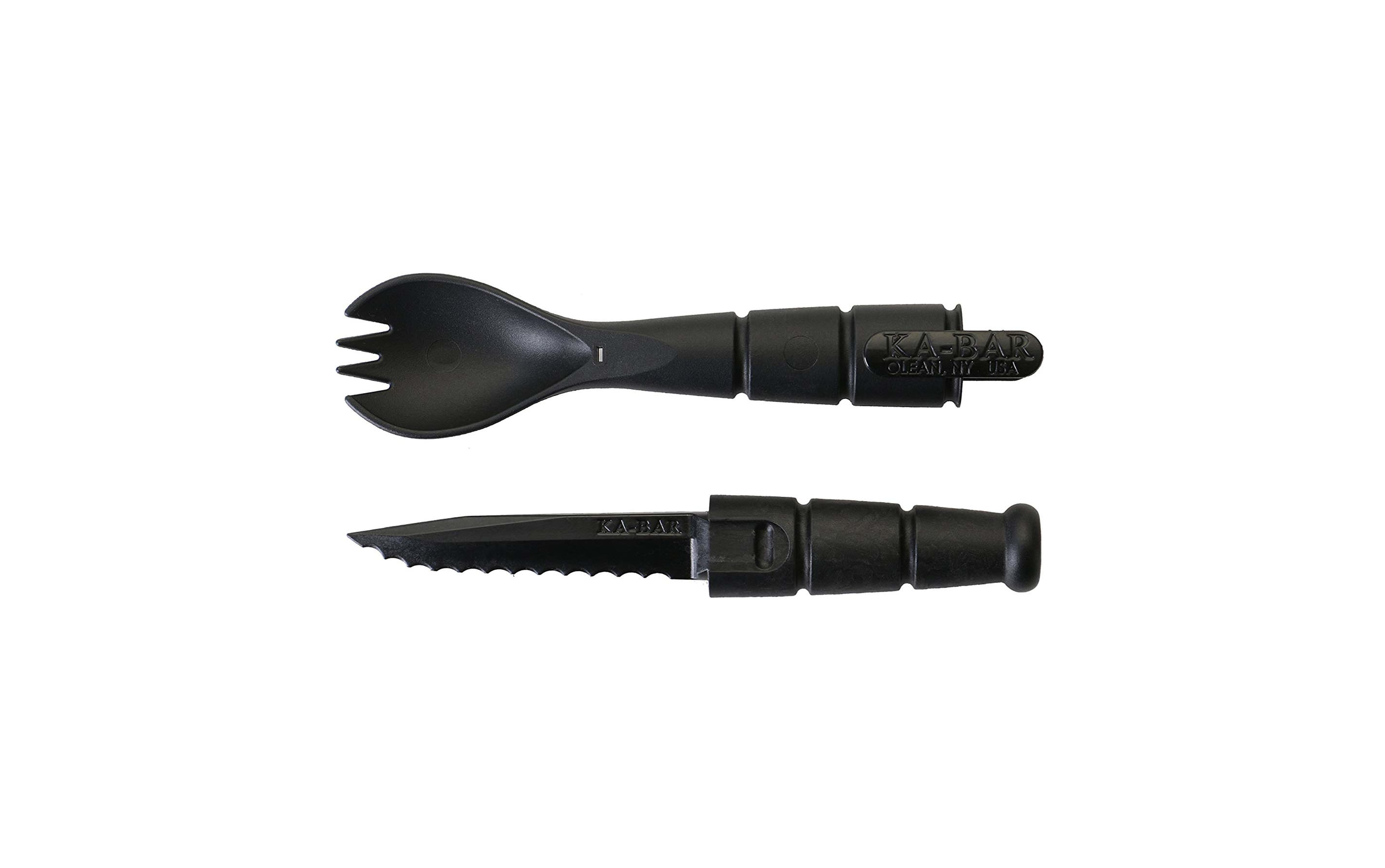