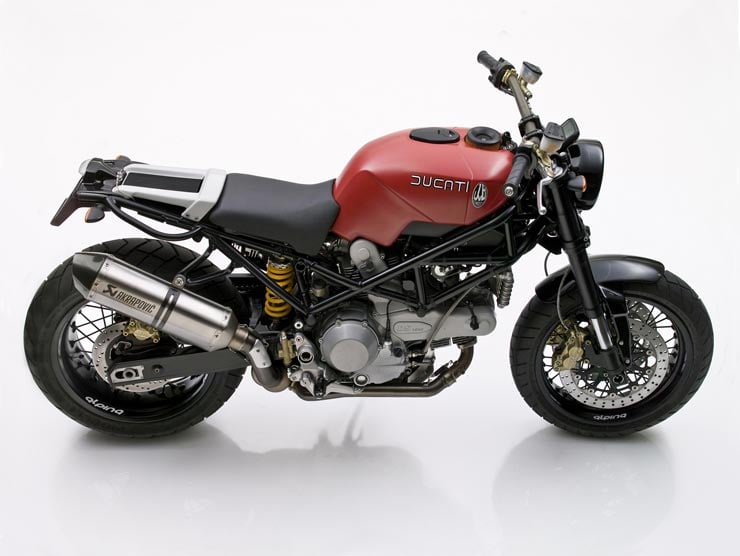 I’m convinced that the scrambler motorcycle genre just doesn’t get enough attention from custom bike builders. Cafe racers, choppers and bobbers seem to be hugely popular but I’d love to see a custom shop building nothing but balls-to-the-wall scramblers just like this one.

She was built by the talented team at JvB-Moto, they used a Ducati Monster 1000ie as the base platform but as with most JvB-Moto creations, not much of the original bike is left. They added a custom fuel tank, seat, rear grab rail, headlight, handlebars, Akrapovic exhaust and a number of other more subtle additions.

All of the superfluous elements were removed and the bike’s weight is now just 170kgs (with 12 litres of fuel), the engine produces 95hp giving the Ducati Scrambler a power-to-weight ratio capable of creating significant whiplash should you happen to get fresh with the throttle.

The design goal was not to create “… a pure offroad bike, but a minimalistic allrounder, impressing with its usability, its lightness and its minimalistic design…” I can’t help but think they hit the nail on the head. Now we just need Ducati to start producing them. 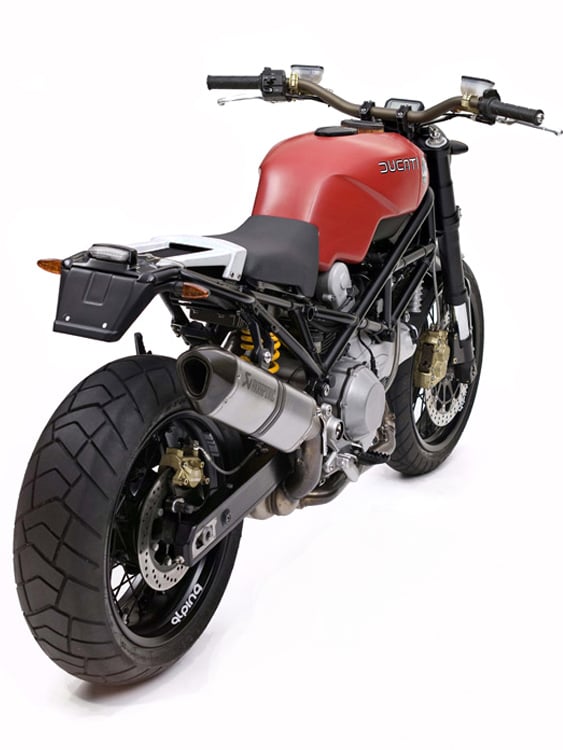 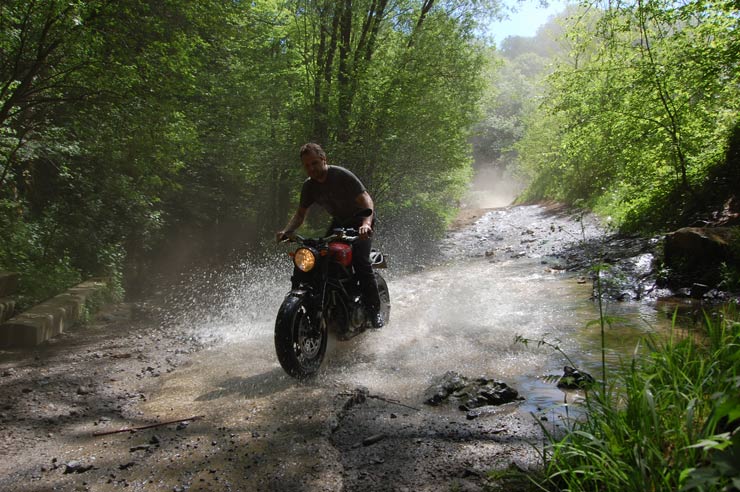 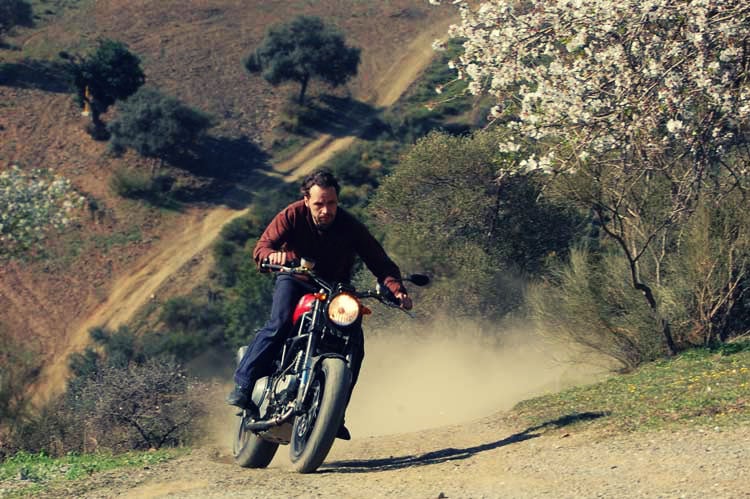