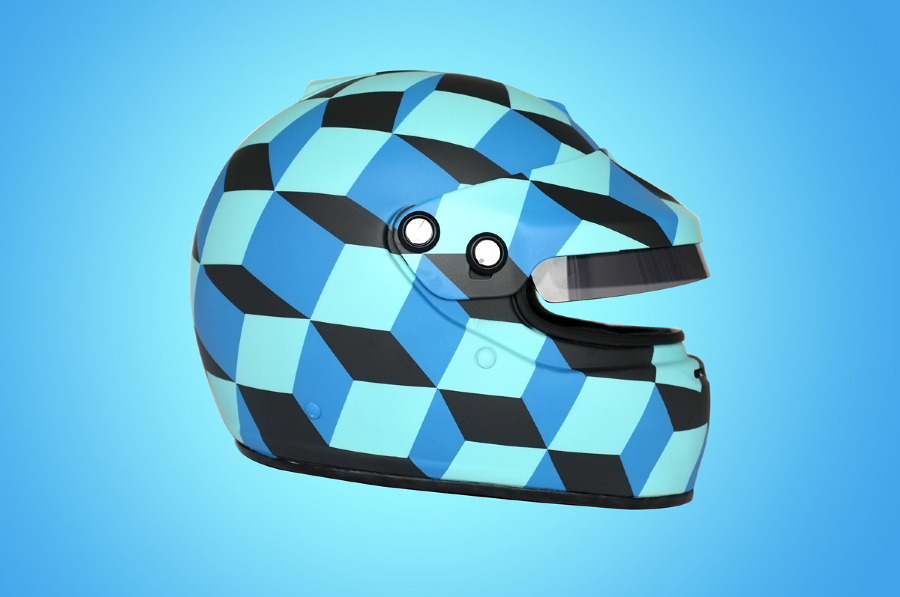 Death Spray Customs is a design and creative house with an emphasis on stunning paint work. This helmet is one of their newer creations and has been dubbed “Cube”, it’s a full face automotive helmet (possibly a Simpson) with a unique new paint scheme characteristic of the Death Spray team.

Check out more from DSC here. 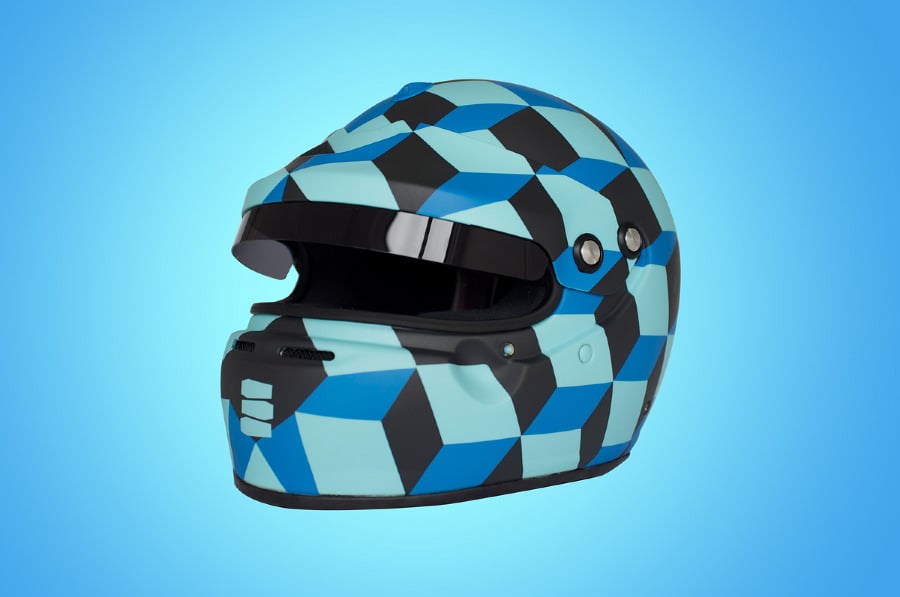