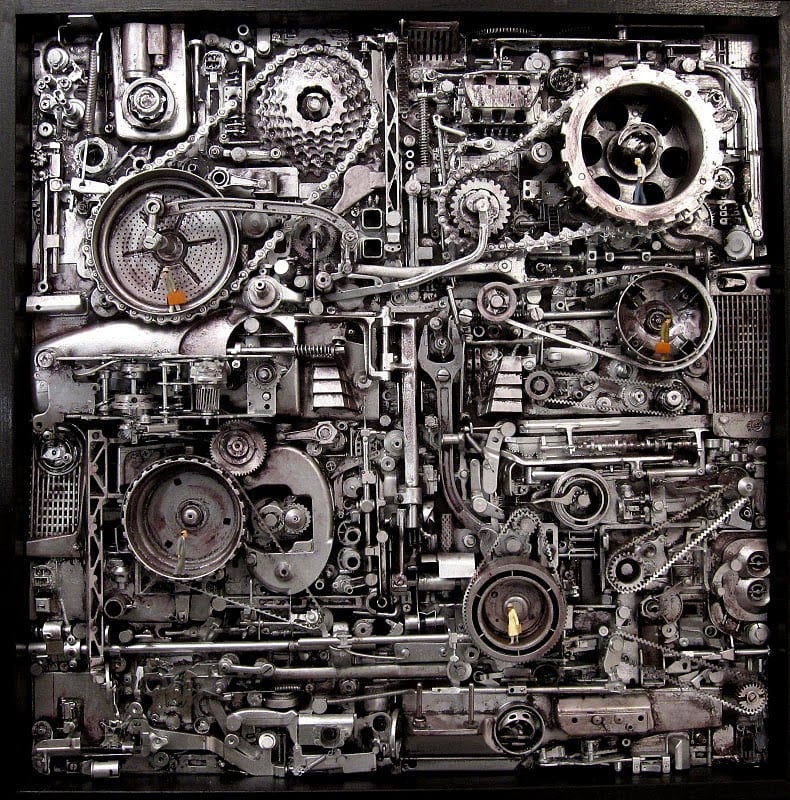 Jud Turner is an artist known for groundbreaking sculptures that often use mechanical elements to create biological forms, this sculpture is called “Factorum” and is a slightly unusual example from the artist.

You can see more of Jud’s work here.