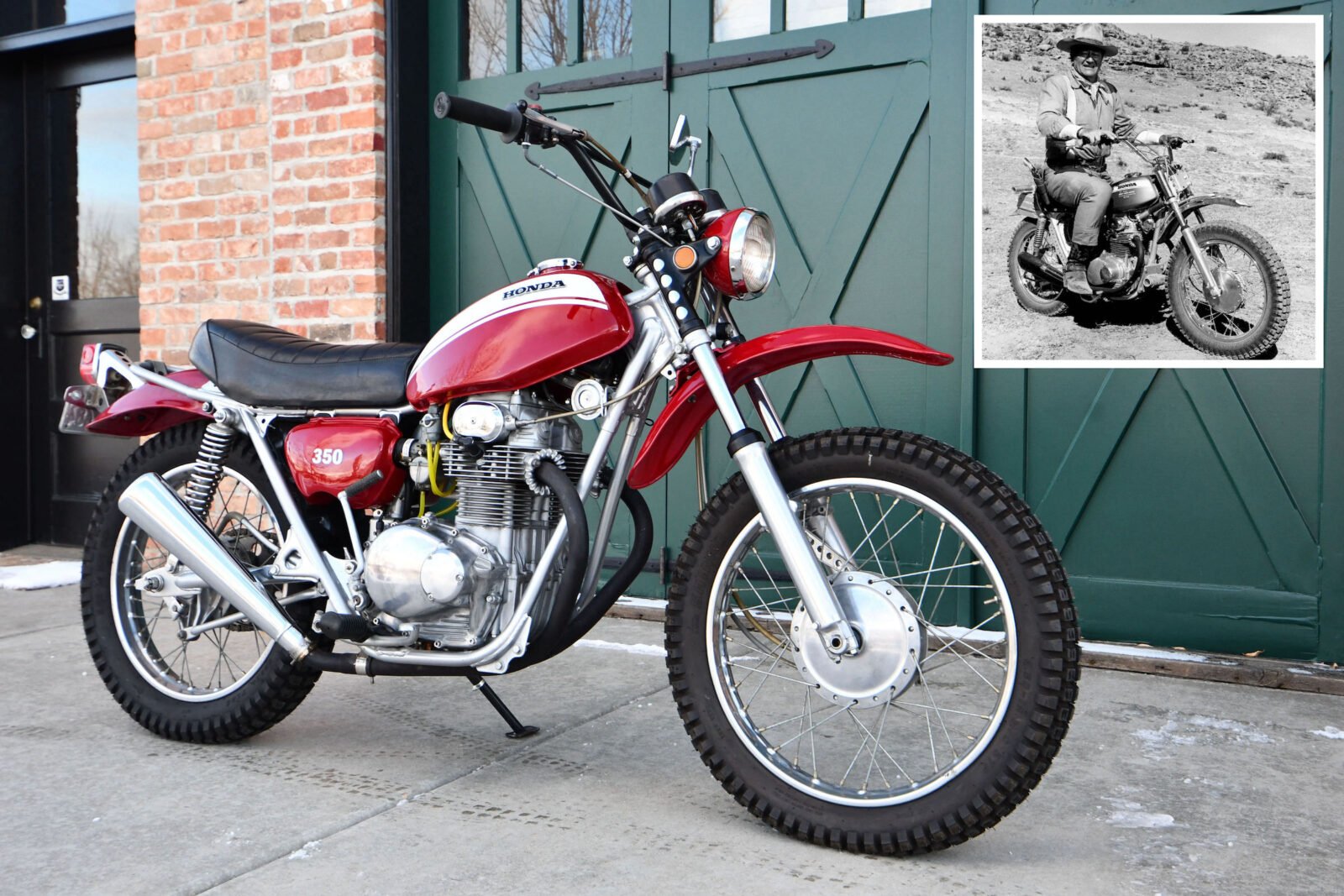 This is the Honda SL350 that John Wayne bought brand new from the American Honda Motor Co. on the 21st of December 1971. It’s believed that he came into contact with the SL350 for the first time while filming the movie Big Jake in the deserts of Mexico.

There’s a famous image of him astride the Honda (image inset above), wearing full cowboy regalia naturally, and it seems that he enjoyed riding it so much he went and bought his own after filming wrapped.

The Honda SL350 isn’t a motorcycle that any would associate with John Wayne. He’s more closely associated with riding horses, and if he was going to ride a motorcycle you’d expect it to be something large, chromed, and probably American. 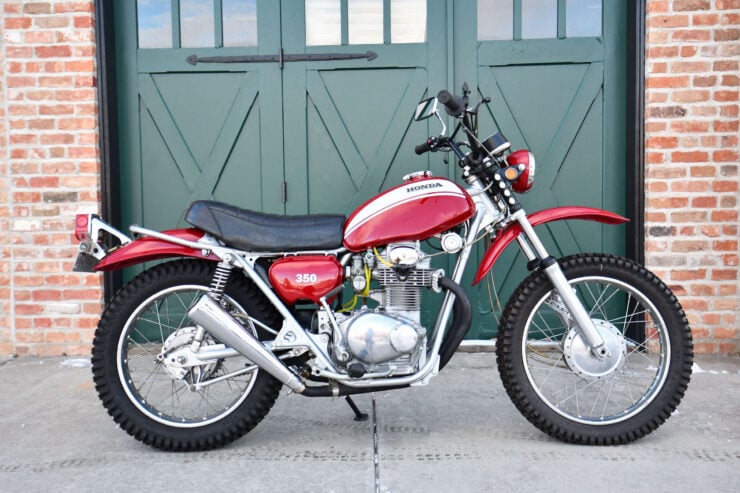 With its braced handlebars, high front and rear fenders, high exit exhaust, and off-road tires, the SL350 was every bit the 1960s-era scrambler.

The film Big Jake was shot in late 1970, it stars John Wayne of course, along with his sons Patrick Wayne and Ethan Wayne, with Richard Boone and Maureen O’Hara. The script was originally titled The Million Dollar Kidnapping, which is an objectively better name, and it centers around The Fain Gang kidnapping “Little Jake” and taking him across the border into Mexico.

A one million dollar ransom was demanded, and the film unfolds from there. I won’t go into too much detail here as I don’t want to ruin the film for you if you haven’t seen it.

For whatever reason there was at least one Honda SL350 on set which John Wayne commandeered. Due to its relatively low weight and ease of use it was an ideal motorcycle for use in the Mexican desert, Wayne seems to have been so impressed with it he bought his own a few months later and kept it at his home in Newport Beach, California.

In the years since the bike left John Wayne’s ownership it has been through a thorough restoration back to the original condition that it would have been in when he first took ownership of it all those years ago. 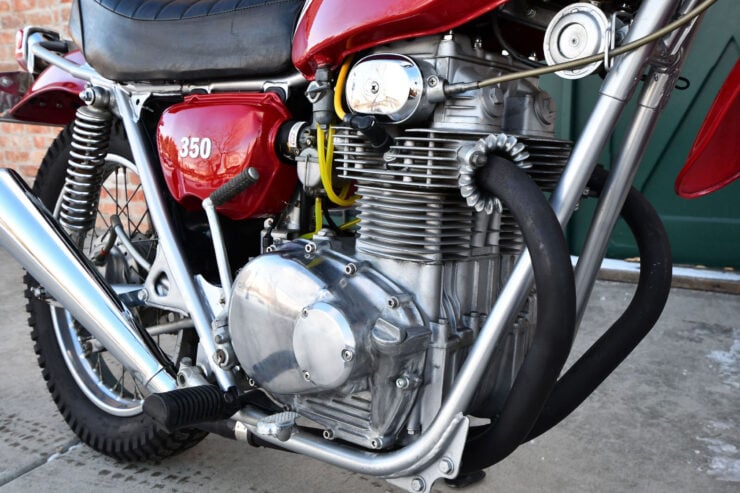 The Honda SL350 is a mid-sized scrambler that was prized for its incredibly reliable engine, an important virtue for a motorcycle that’s going to be ridden into the wilderness many miles from help.

The bike is accompanied by the original California ownership transfer document as proof of John Wayne’s ownership history, and it’s being offered without reserve by RM Sotheby’s on the 27th of January in Phoenix, Arizona.

If you’d like to read more about this SL350 or register to bid you can click here to visit the listing. It’s due to roll across the auction block next month in Arizona with RM Sotheby’s. 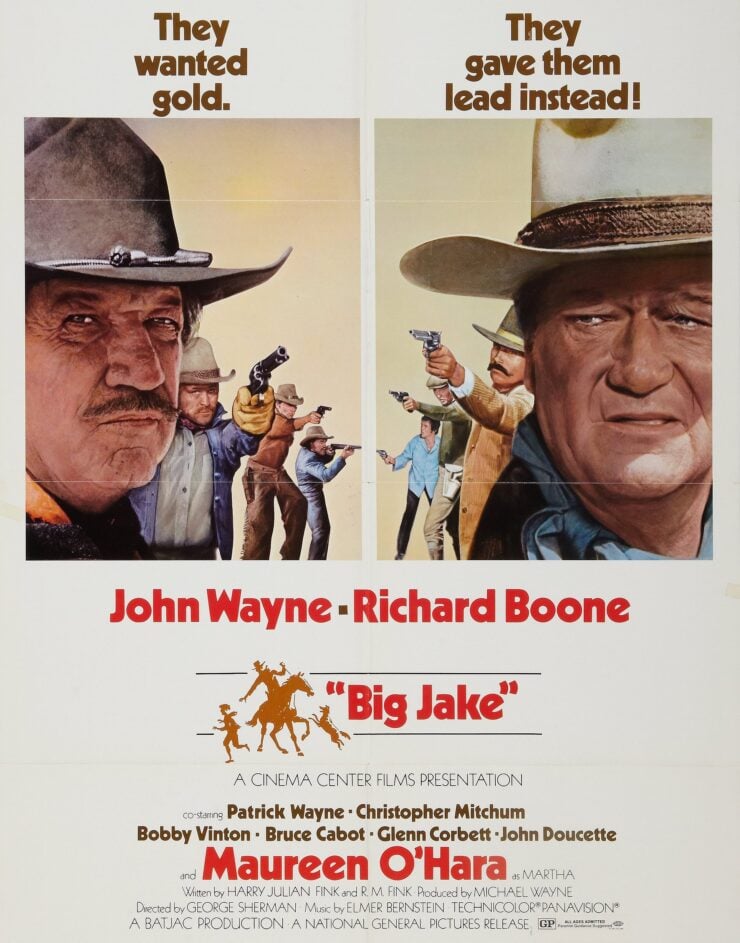 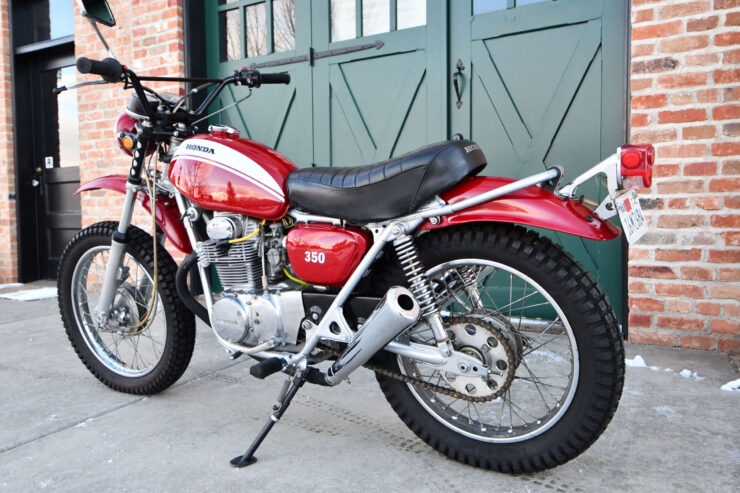 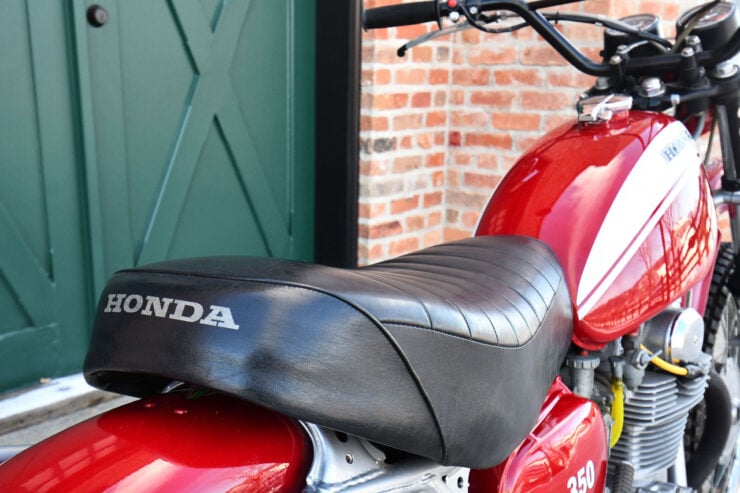 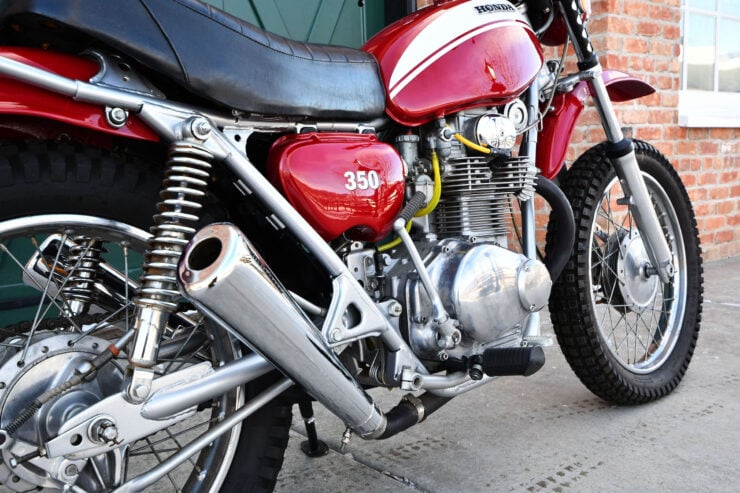 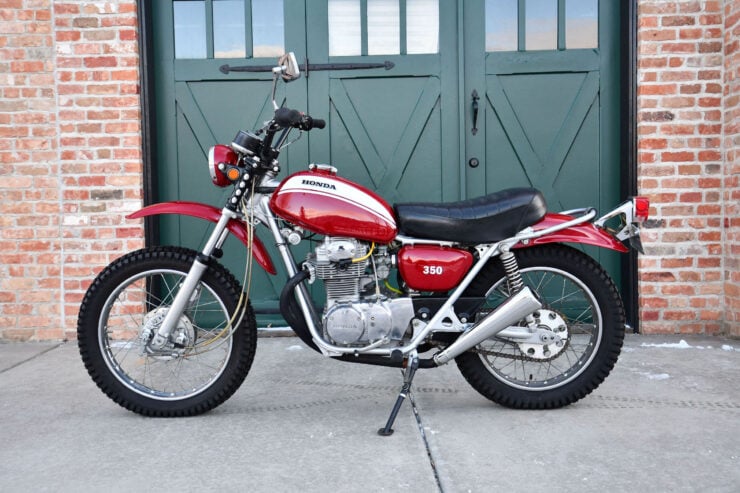 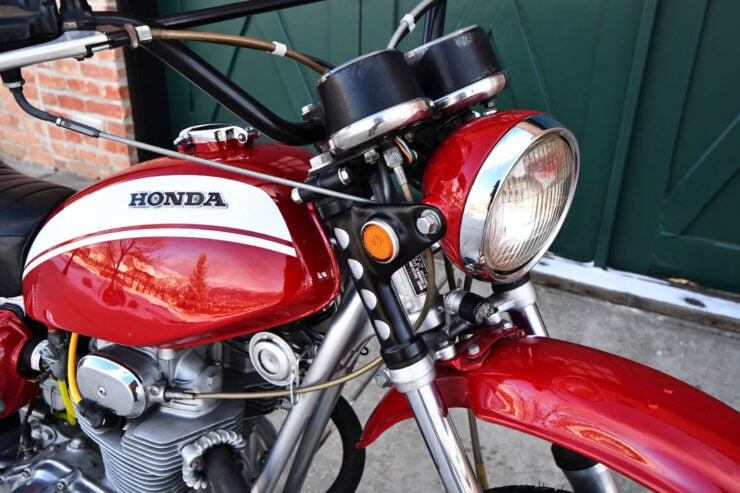 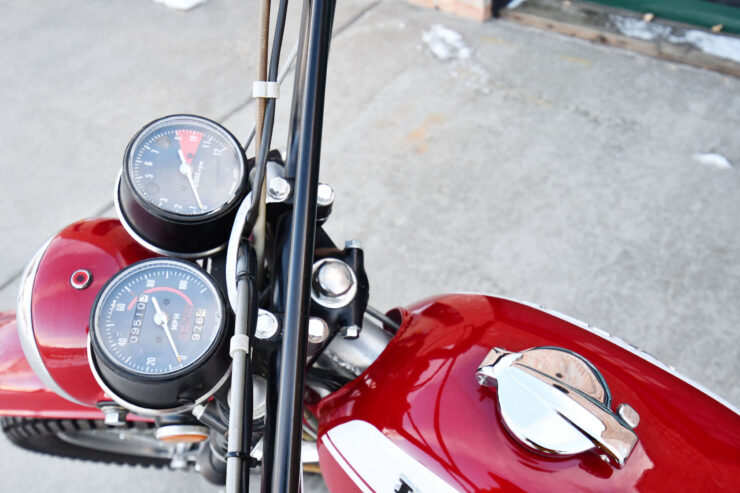 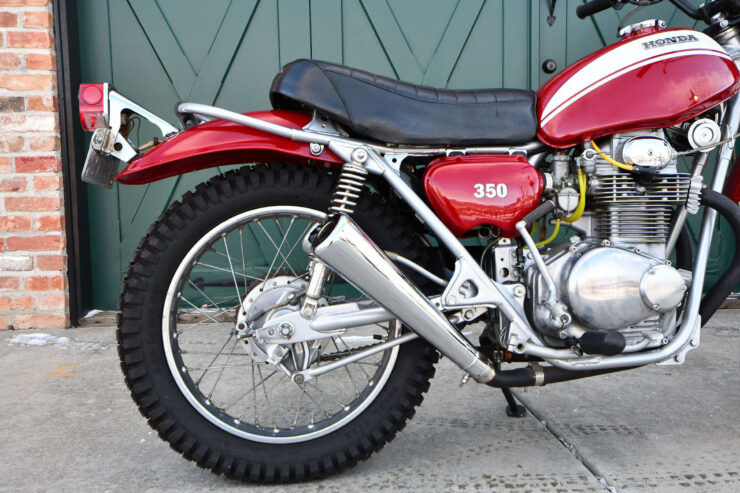 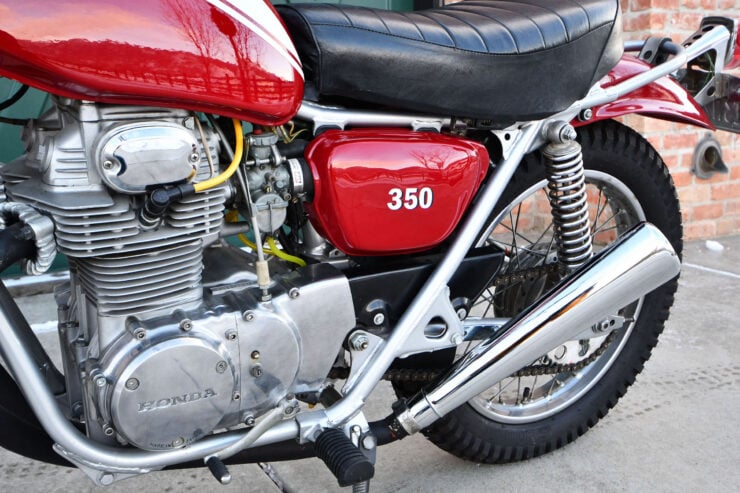 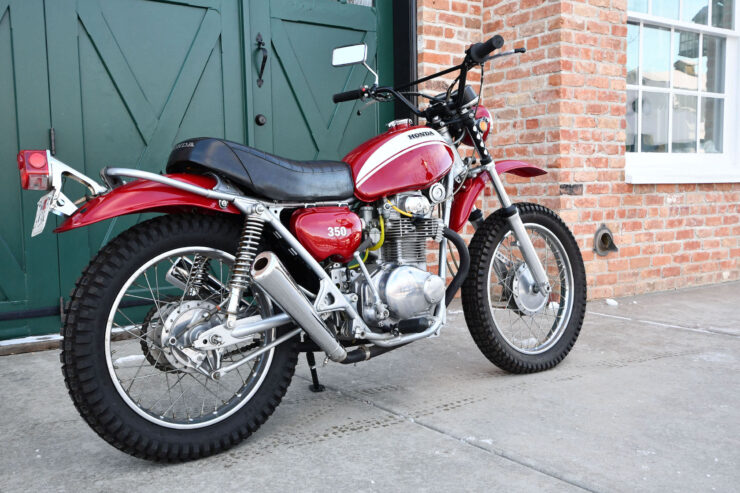 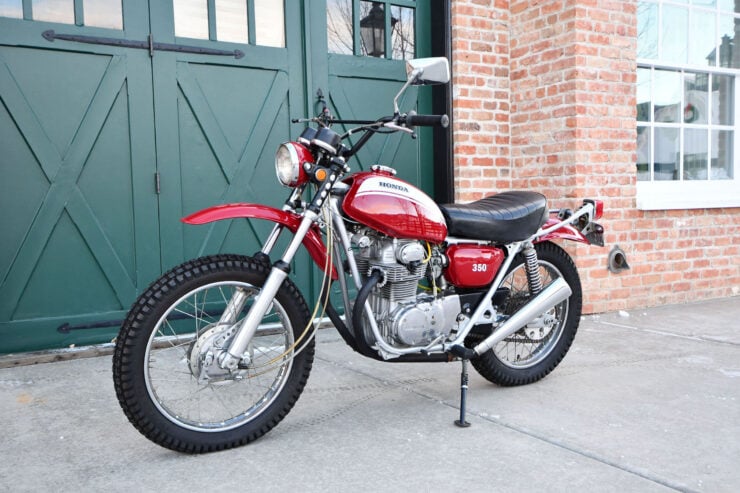 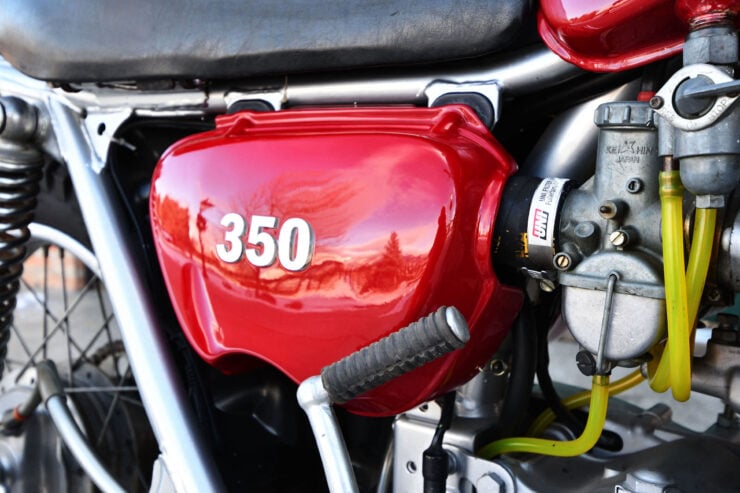 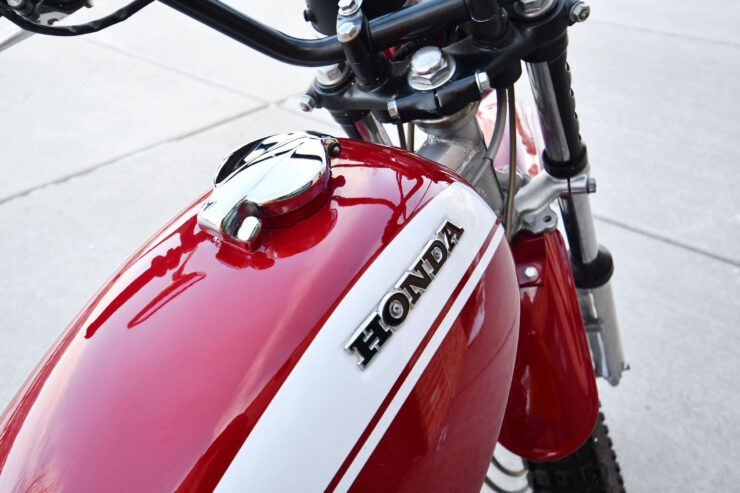 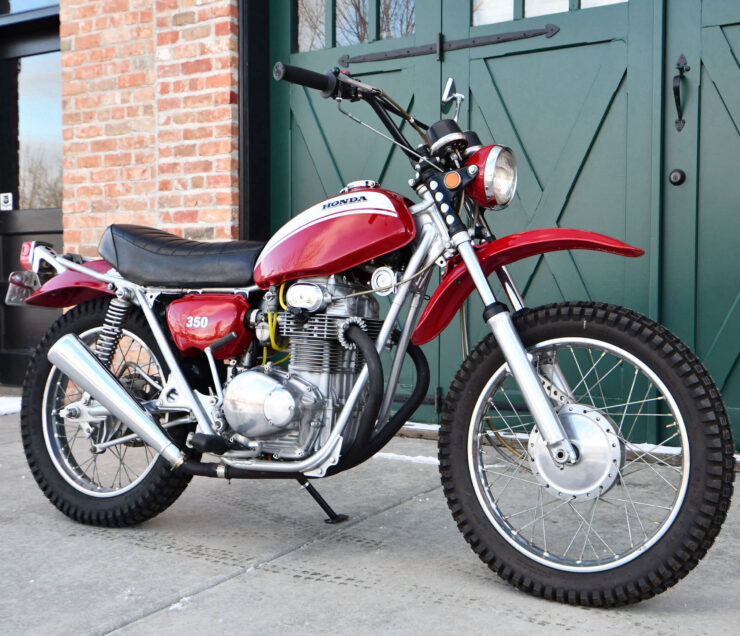