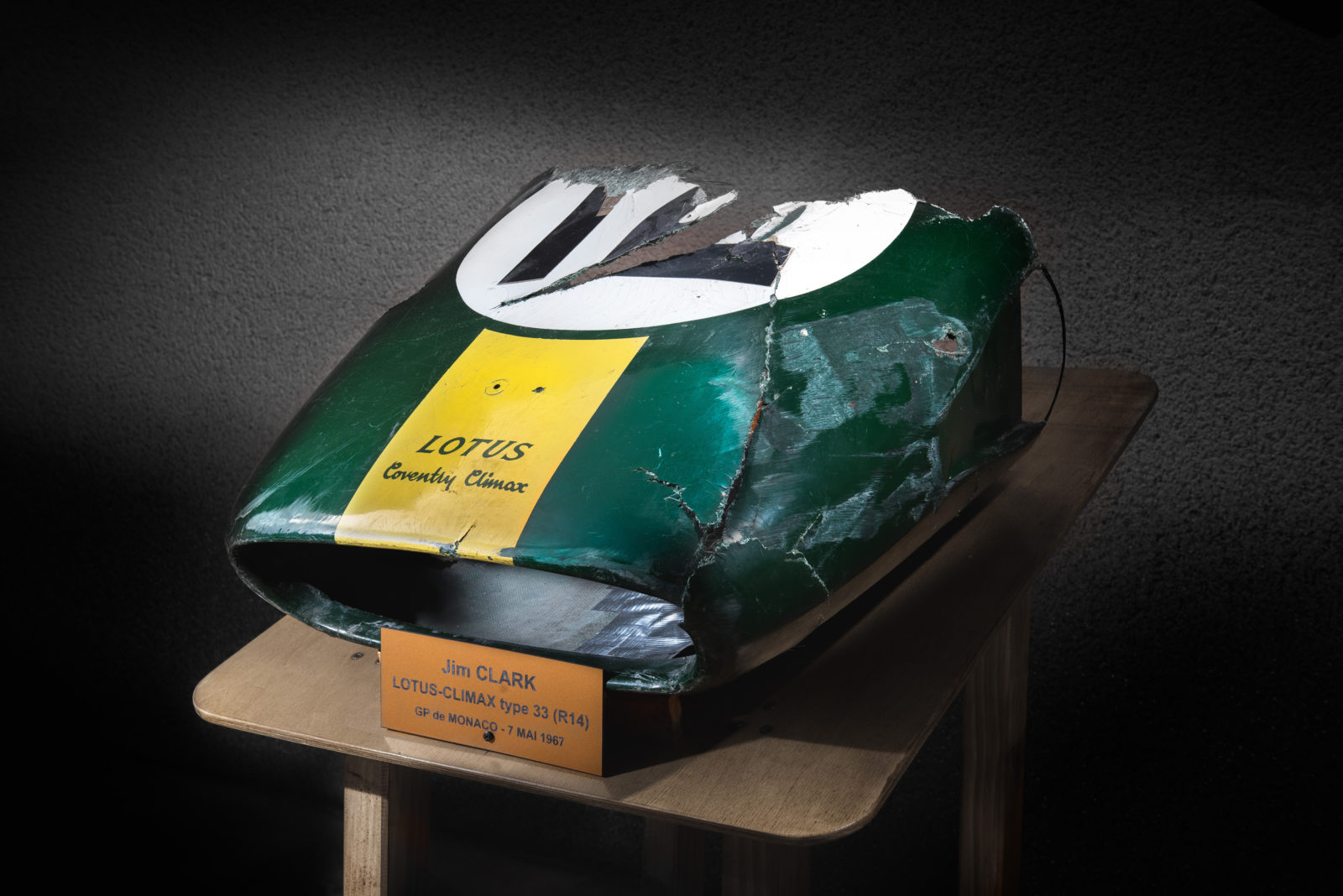 This is Jim Clark’s Lotus 33 nose cone from the 1967 Monaco Grand Prix. Clark had enjoyed an incredible race and moved from 14th place up to 4th when a rear shock absorber failed and sent him into the straw bales.

He wasn’t injured in the accident, however the car was damaged, and the salvaged nose cone found its way into private hands.

The 1967 Monaco Grand Prix is largely remembered today for the tragic death of Ferrari driver Lorenzo Bandini after a crash on lap 82 of the 100 lap race. Bandini’s Ferrari clipped a chicane and hit a mooring head, flipping it over and causing it to burst into flames. 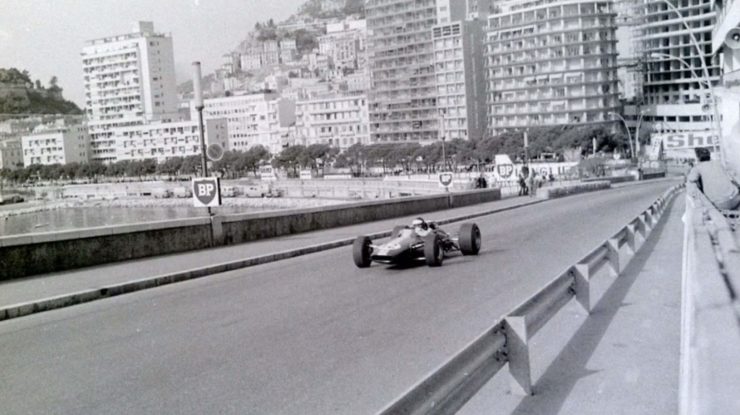 This is Jim Clark in his Lotus at Monaco in 1967, before he suffered his catastrophic rear shock absorber failure.

The rescue was far too slow and Bandini was trapped in the burning upturned car for a  number of minutes before the fire was put out and he was taken to hospital, where he died three days later.

As a result of the accident the post-race celebrations were understandably subdued, New Zealand racing driver Denny Hulme took the win in his Brabham-Repco BT19, followed by Graham Hill in his Lotus-BRM, and Chris Amon in his Ferrari. 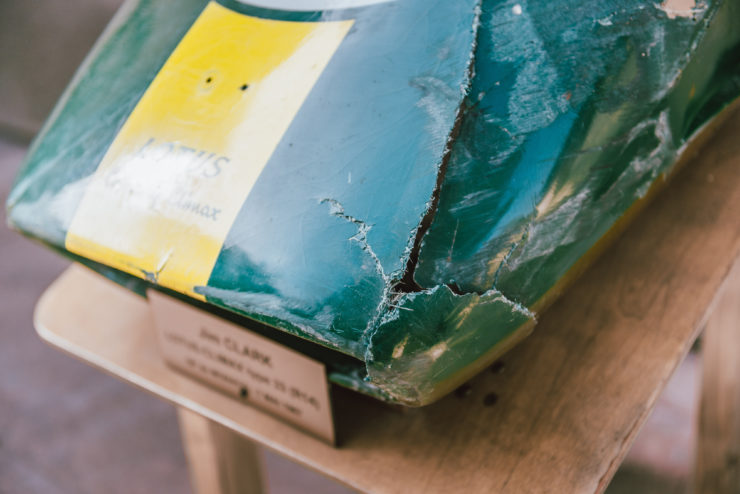 The nose cone is made of fiberglass as a weight saving measure, much of the rest of the body was made from hand-formed aluminum alloy.

This Lotus 33 nose cone comes on a simple wooden display stand with a plaque on the front to note what it is. It retains its damage and patina from the race in 1967 and somewhat fittingly it’s due to be auctioned in Monaco.

If you’d like to read more about it or register to bid you can click here to visit the listing. It’ll be crossing the block on the 14th of May and it’s being offered without reserve. 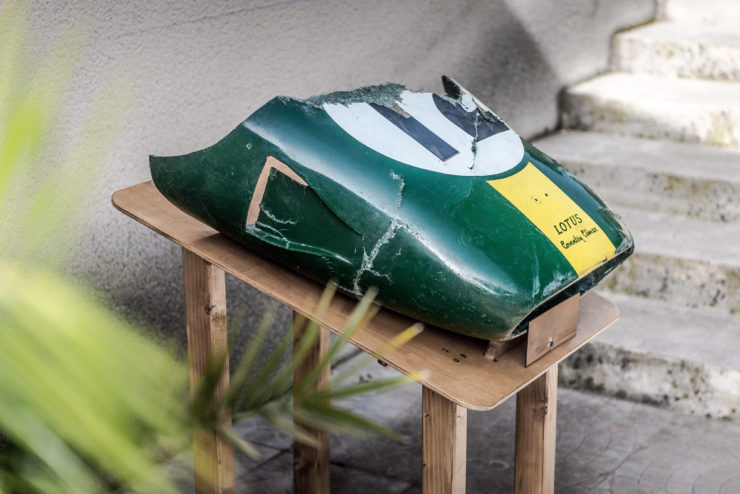 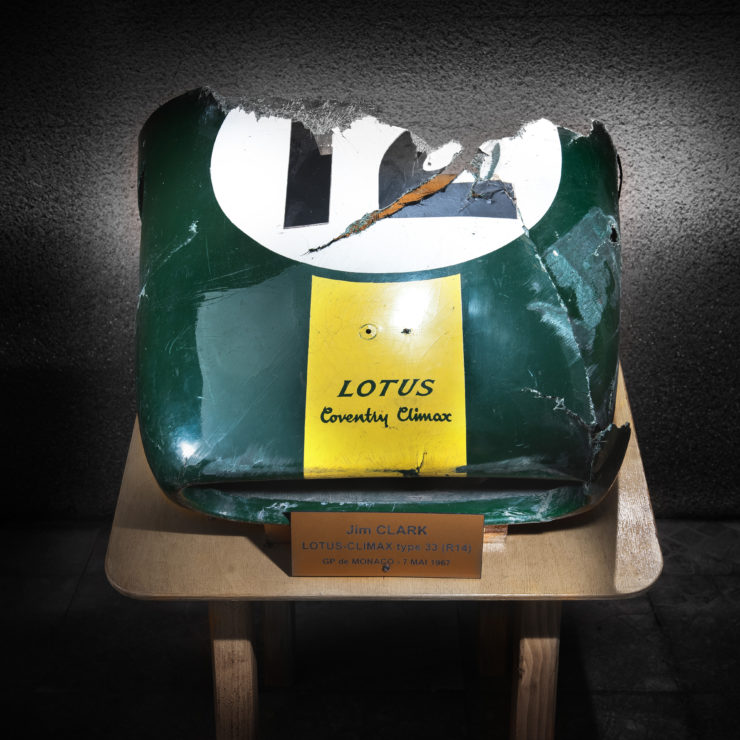 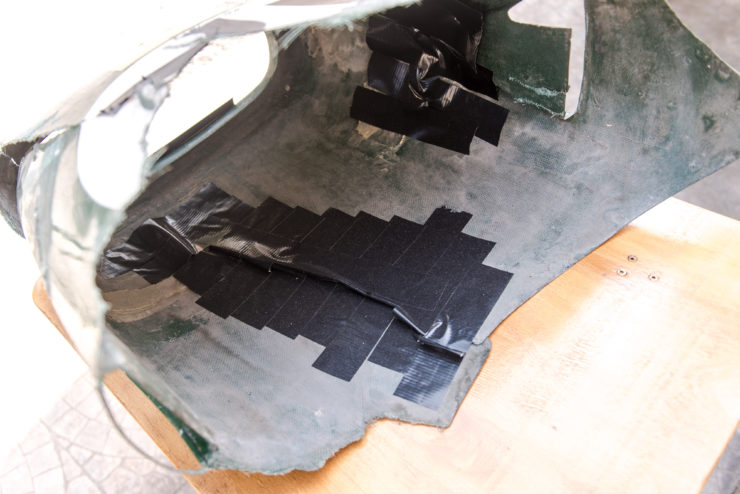