Hervé Nys is a French artist known for his unusual and often mechanical sculptures. This sculpture is called “Jerry” (for obvious reasons), it’s made of 18 jerry cans with hidden internal steel reinforcement, and it measures in at over 8 feet high.

Total measurements are 43″ x 20″ x 98.5″, and the weight isn’t listed, although it’s not likely to be a featherweight. Nys Hervé created the piece in 2014, and it’s signed by him, it also comes with a certificate of authenticity. 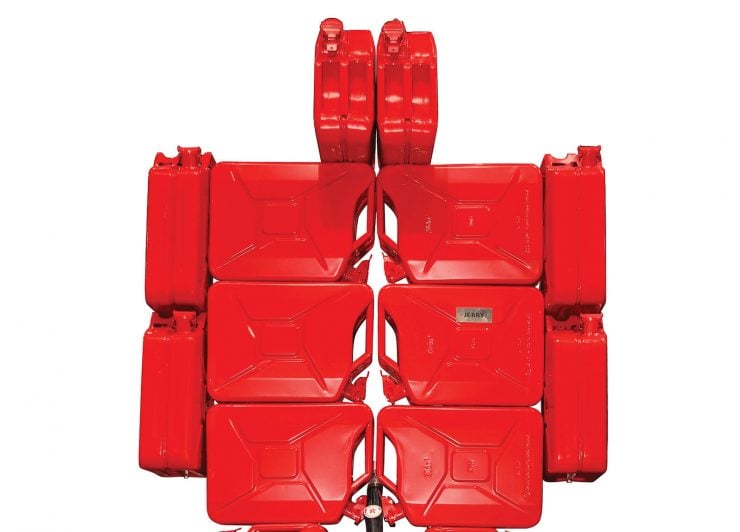