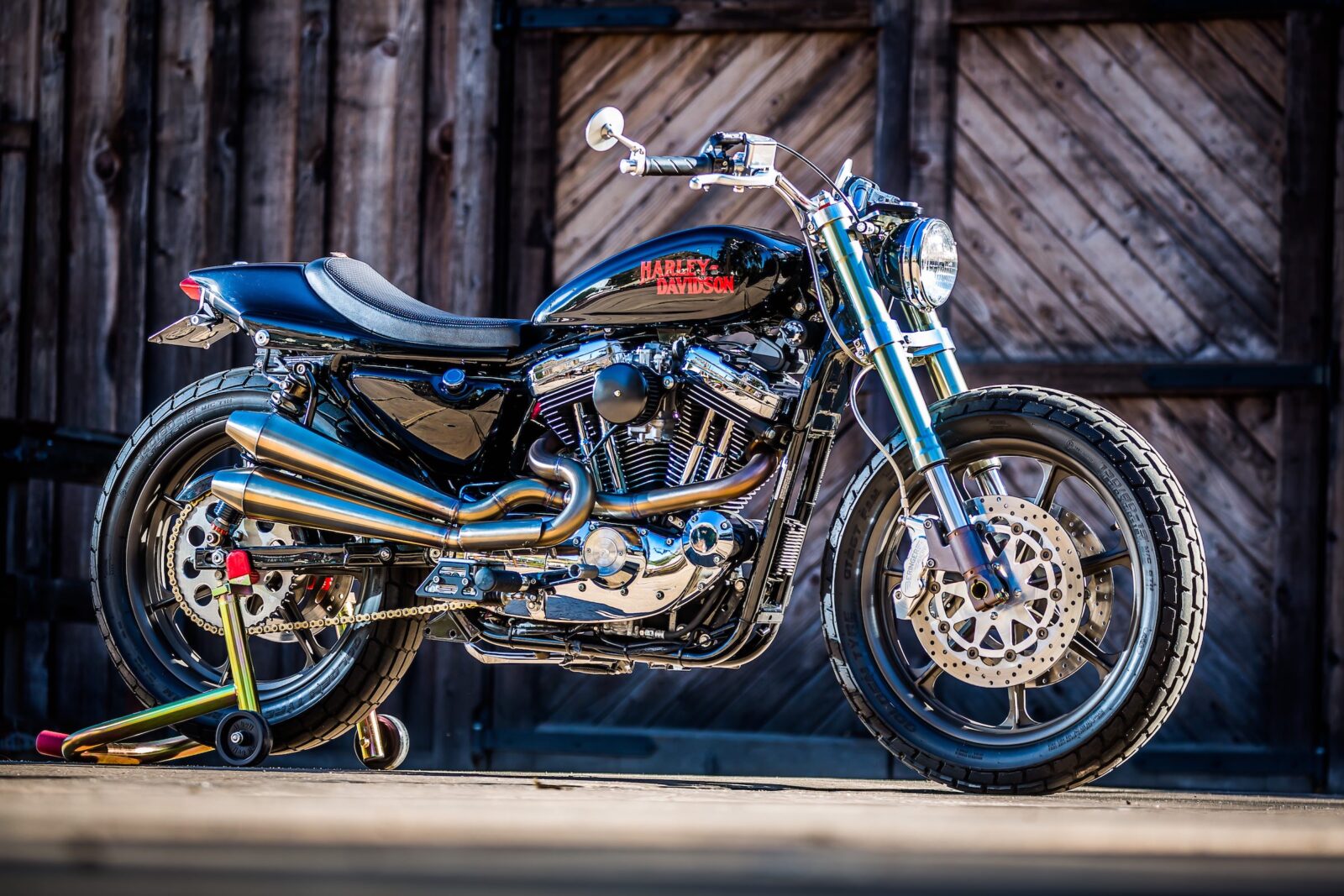 This is the exact motorcycle that Harley-Davidson should build. Perhaps with the addition of fenders for legal reasons. The world-famous American motorcycle company has seen stock prices plummet over 23% so far this year, with sales of its motorcycles sliding globally, and revenue down almost 10%.

I’m sure the bean-counters in Milwaukee have a plan, but it’s doubtless a dry Powerpoint presentation about the importance of emerging markets, and I doubt it includes anything even remotely as exciting as the street tracker you see here – which is actually what we all want to spend our hard-earned pesos on.

Mule Motorcycles is run by legendary custom bike builder Richard Pollock. Richard’s been doing this a long time, years before it became popular, and many of the newer generation of tracker/scrambler builders will point to him as a major source of inspiration.

This build was close to Richard’s heart as it was being built as a personal bike for Mel Cary, a former protégé and good friend. Before working at Mule Motorcycles, Mel worked as a machinist and engine builder, mostly in the fast-paced worlds of Top Fuel dragsters and drag boats.

Before his time with Richard at Mule, Mel owned a series of Ducati superbikes, but it wasn’t long before he wanted a street tracker of his own. And not just any street tracker would do.

The project started with a barely-ridden Harley-Davdison Sportster, with just 240 miles on the odometer. Mel decided to bolt the forks of a Ducati 996 on using A&A dirt track clamps – as a hat tip to his previous bikes, a significant suspension upgrade over the stock Harley springs.

The new twin shocks on the rear are similarly superior to the stock units, they’re originally from a Formula open-wheeled racing car from Switzerland, Richard sourced them 10 years ago and was saving them for a special build. 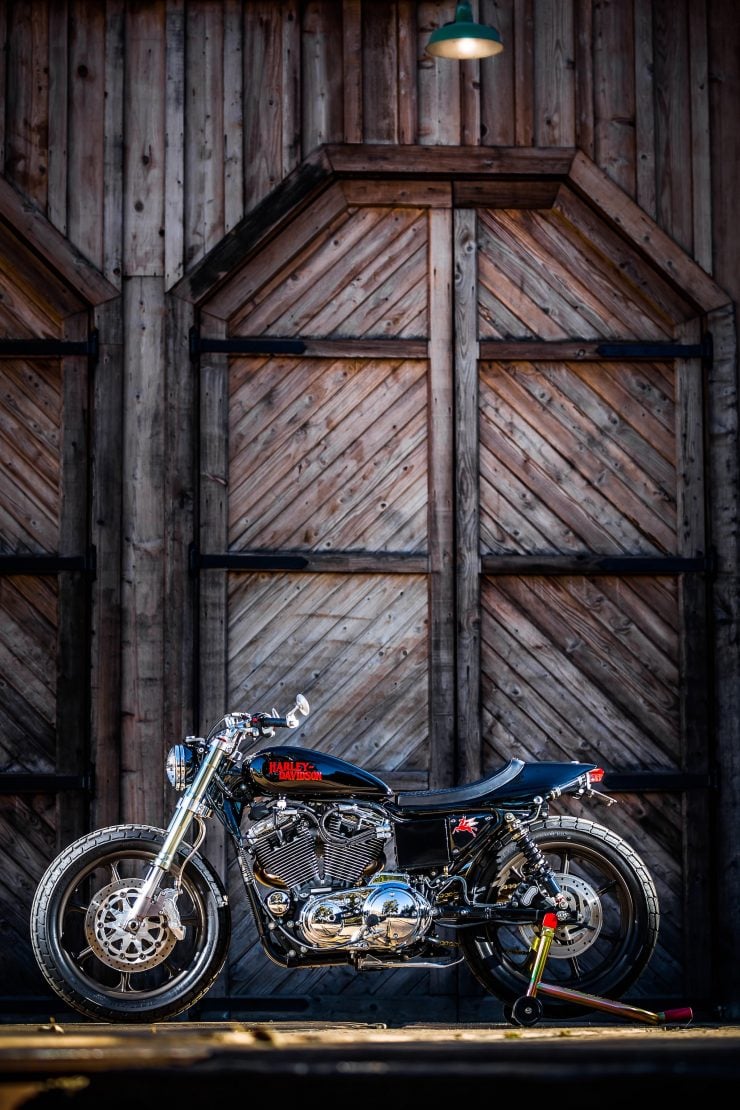 The distinctive wheels are 19″ Morris HD units, they were widened by Kosman Specialties, then powder coated. The fuel tank and seat are signature designs from the team at Storz Performance, who make them specifically to fit Harley Sportsters, ensuring a perfect fit.

Due to the fact that a stock, low milage Sportster 1200 is a torque monster anyway, it was decided to leave the internals alone and just get it breathing easier. A Mikuni HSR42 carburetor was bolted on, with a custom stainless exhaust curling out underneath into twin mufflers exits under the oil tank.

Mule manufactures their own handlebars, which were used on this build, with Berringer controls and calipers, paired with Brembo rotors. The blinkers and mirrors are by Rizoma, the headlight bracket is from Joker Machine, and the stock gel battery was swapped out for an ultra light lithium ion unit that dropped weight significantly.

The completed bike keeps its stock Harley-Davidson Sporster frame, with its rubber mounted 1200cc V-twin. It’s a bike that Harley could build themselves with minimal effort, and if they ever did they’d be showered with so much money it’d look like a late-90s rap video. So long as they did it properly. Maybe they should hire Mel and Richard. 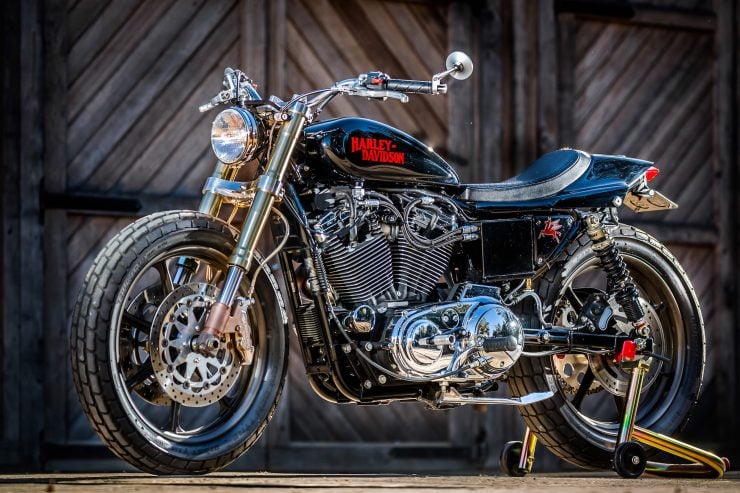 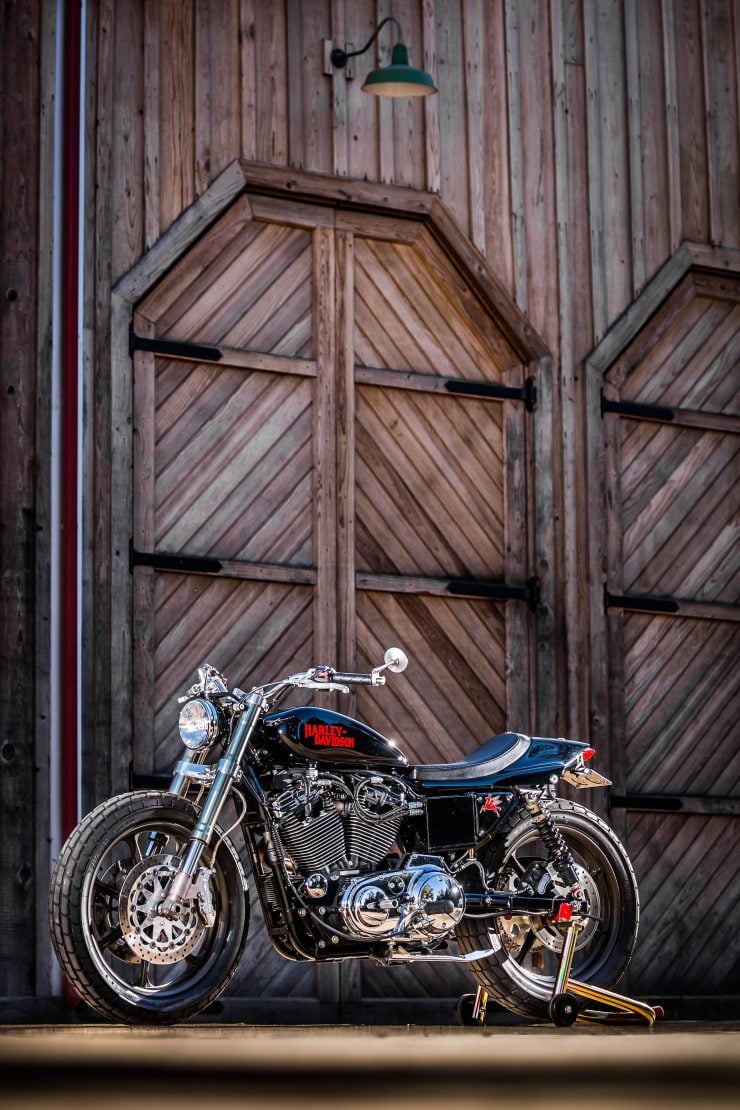 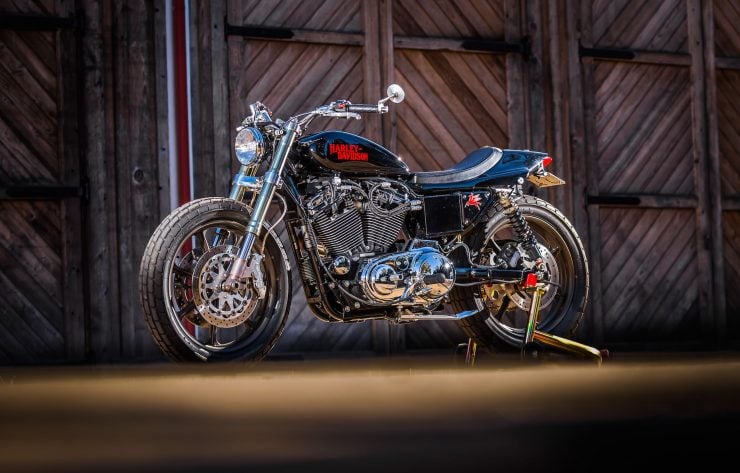 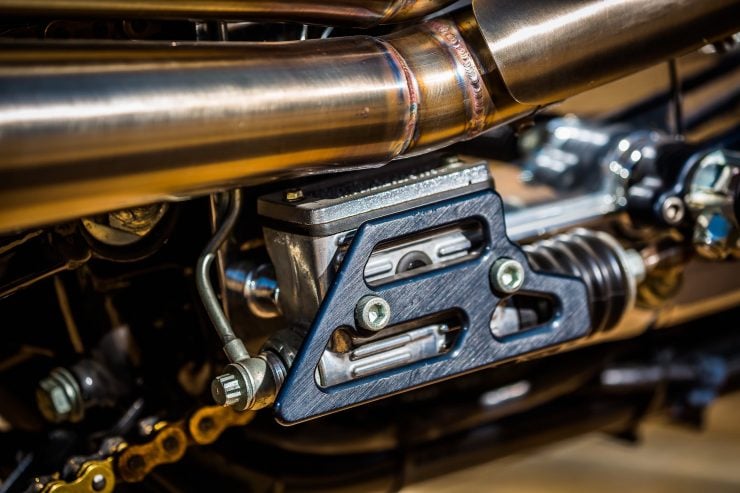 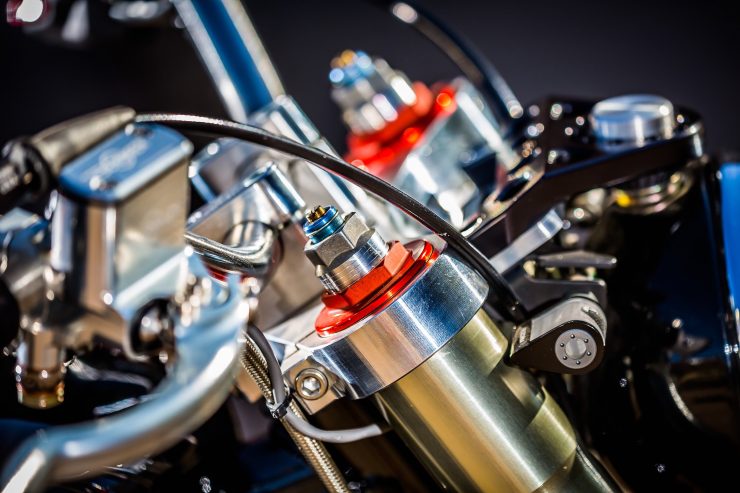 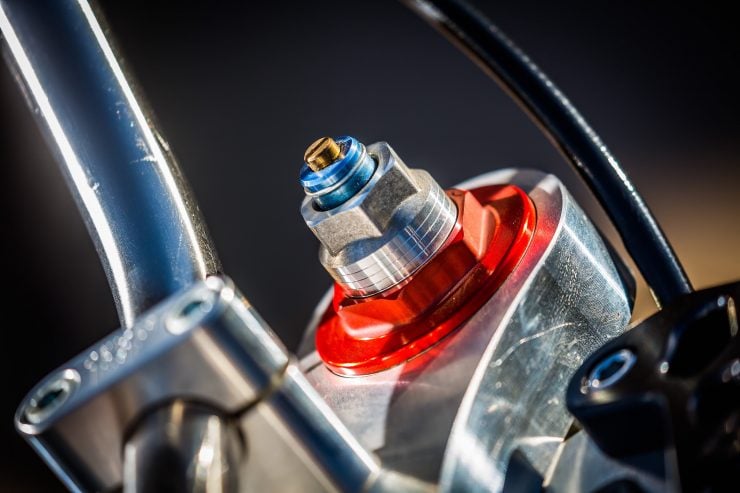 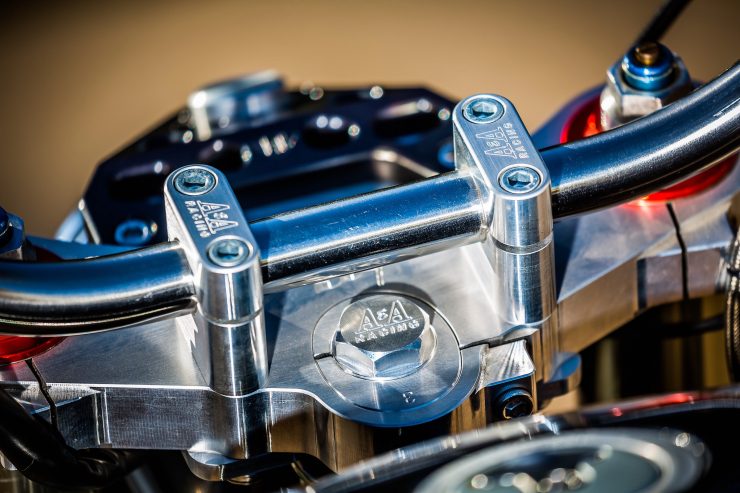 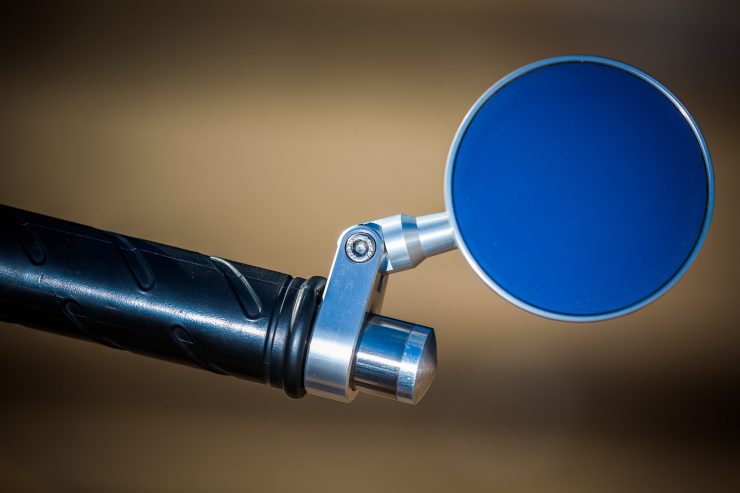 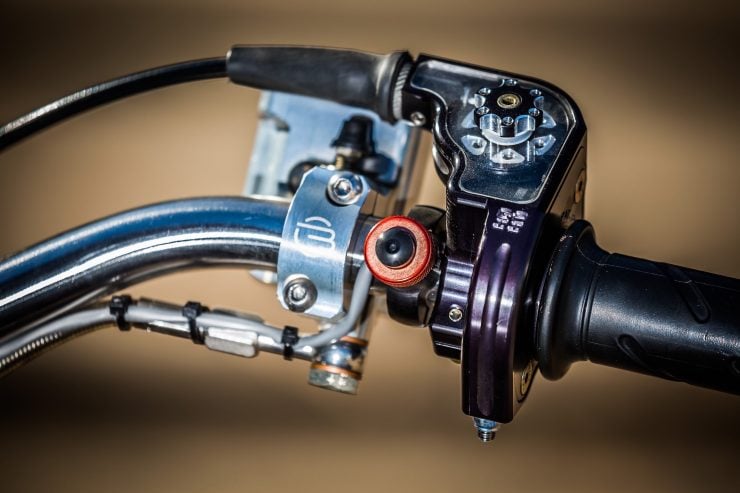 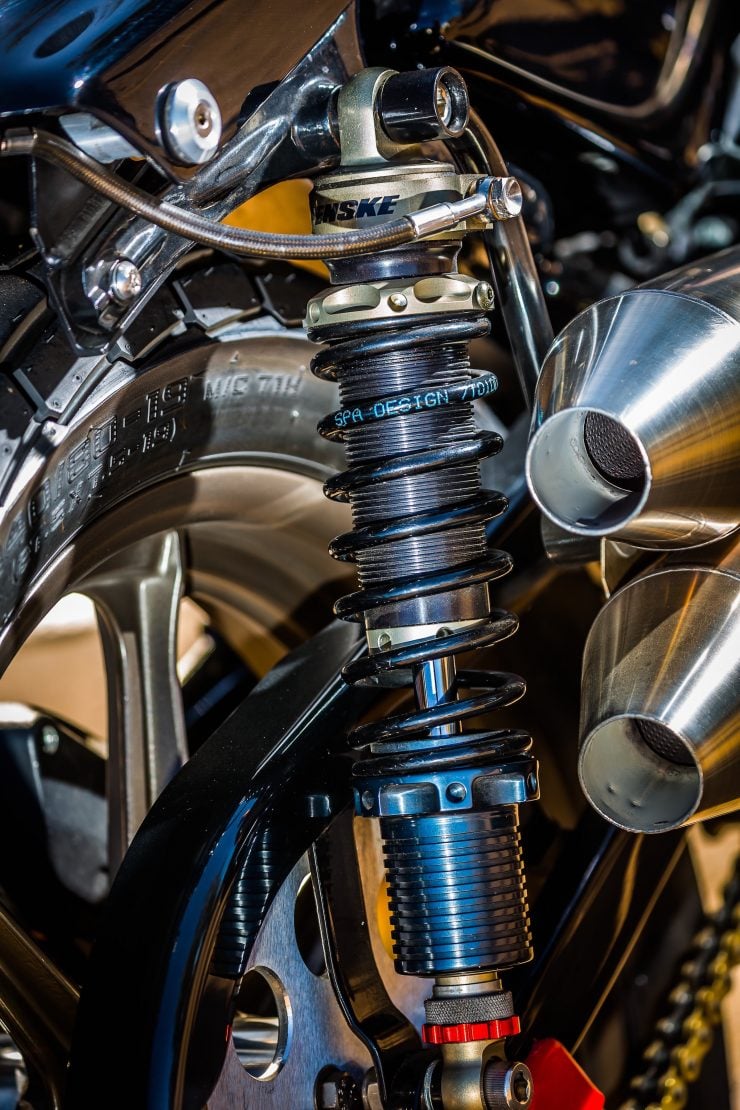 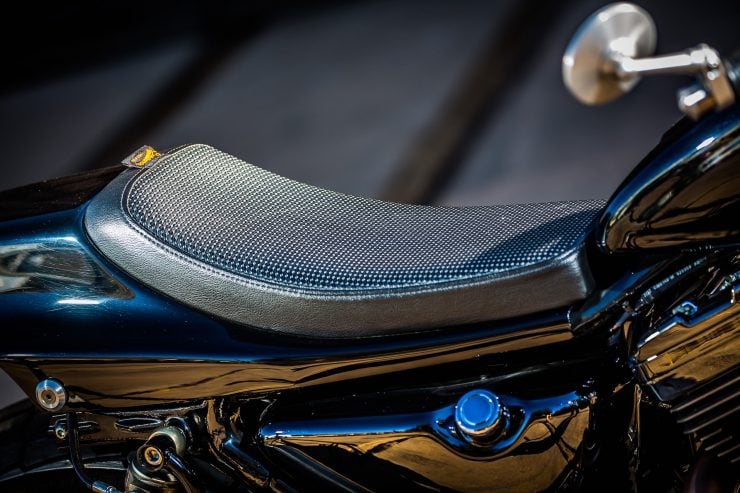 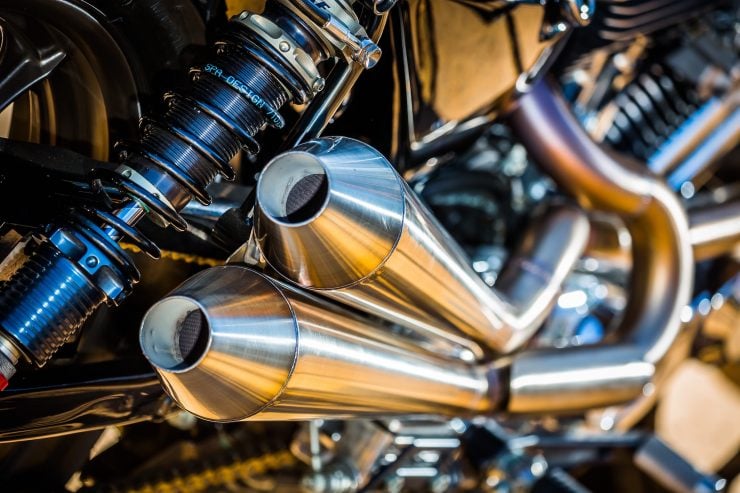 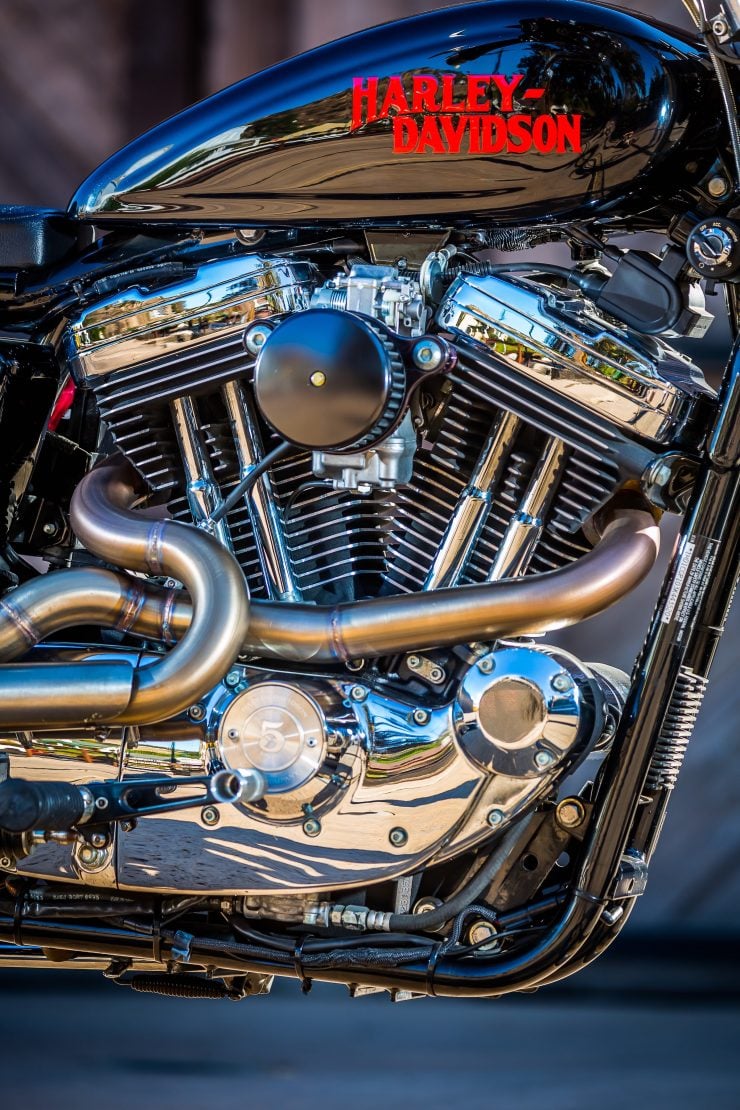 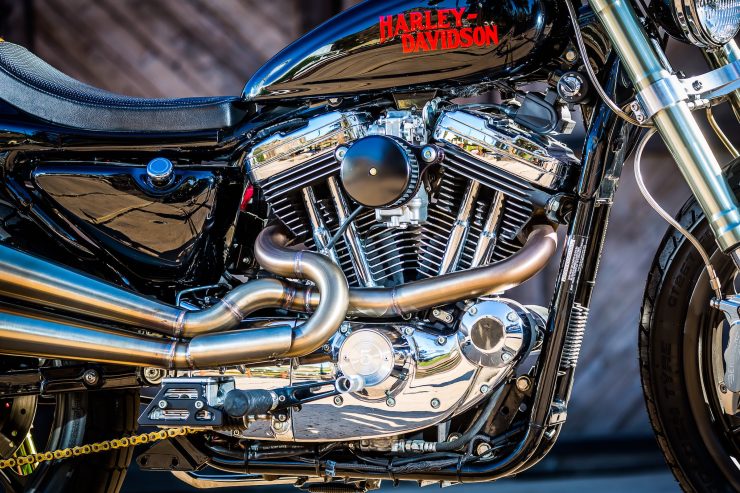 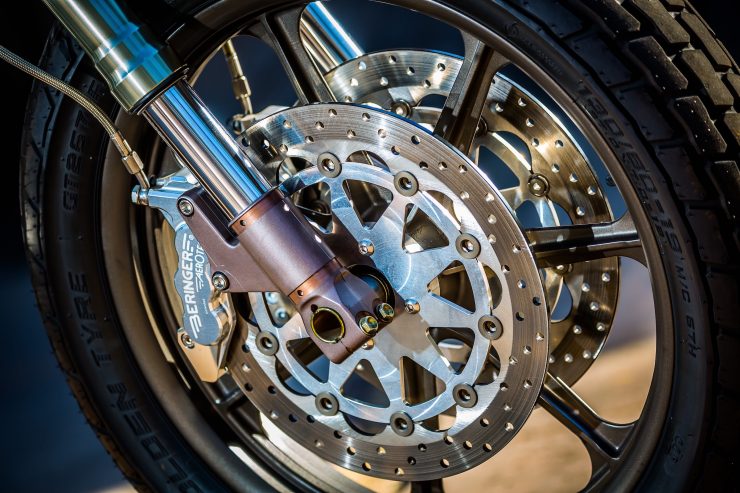 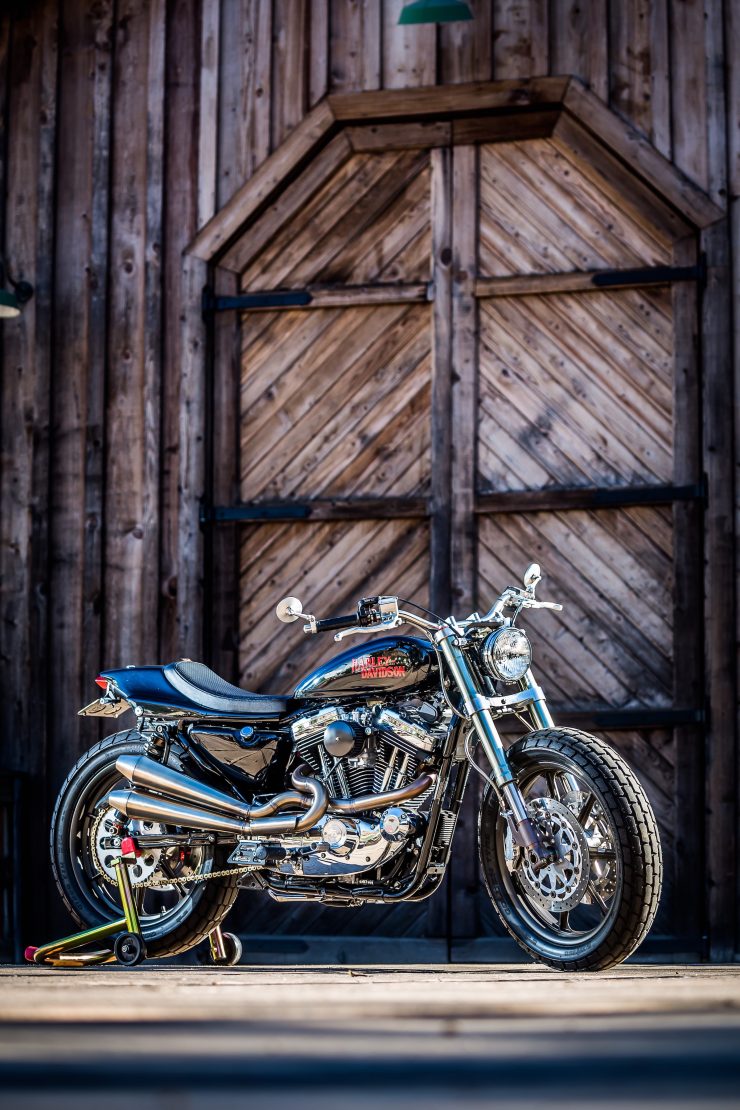 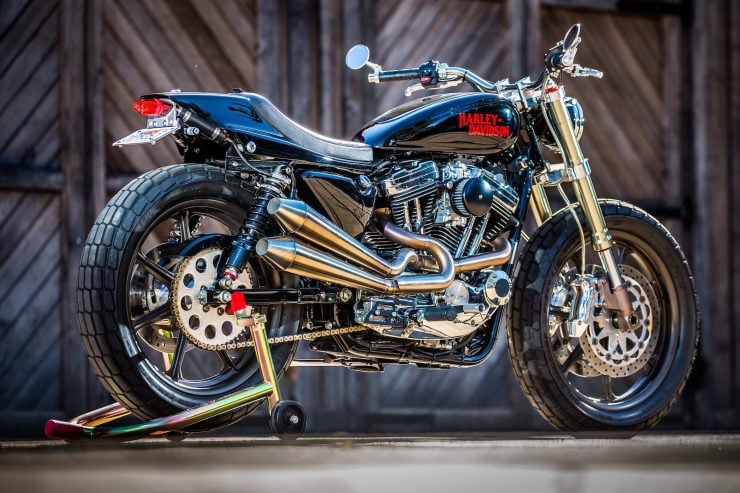 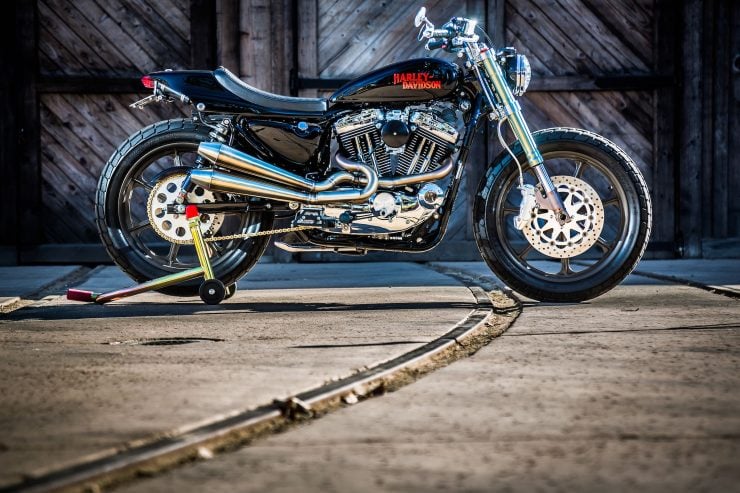 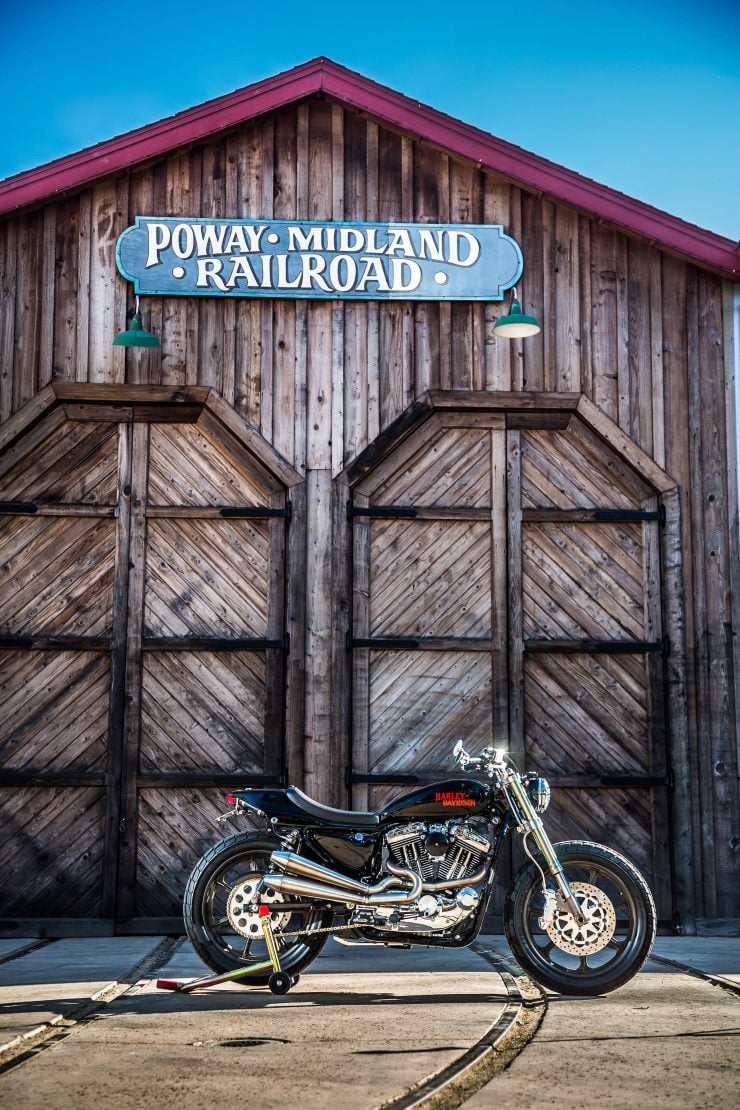