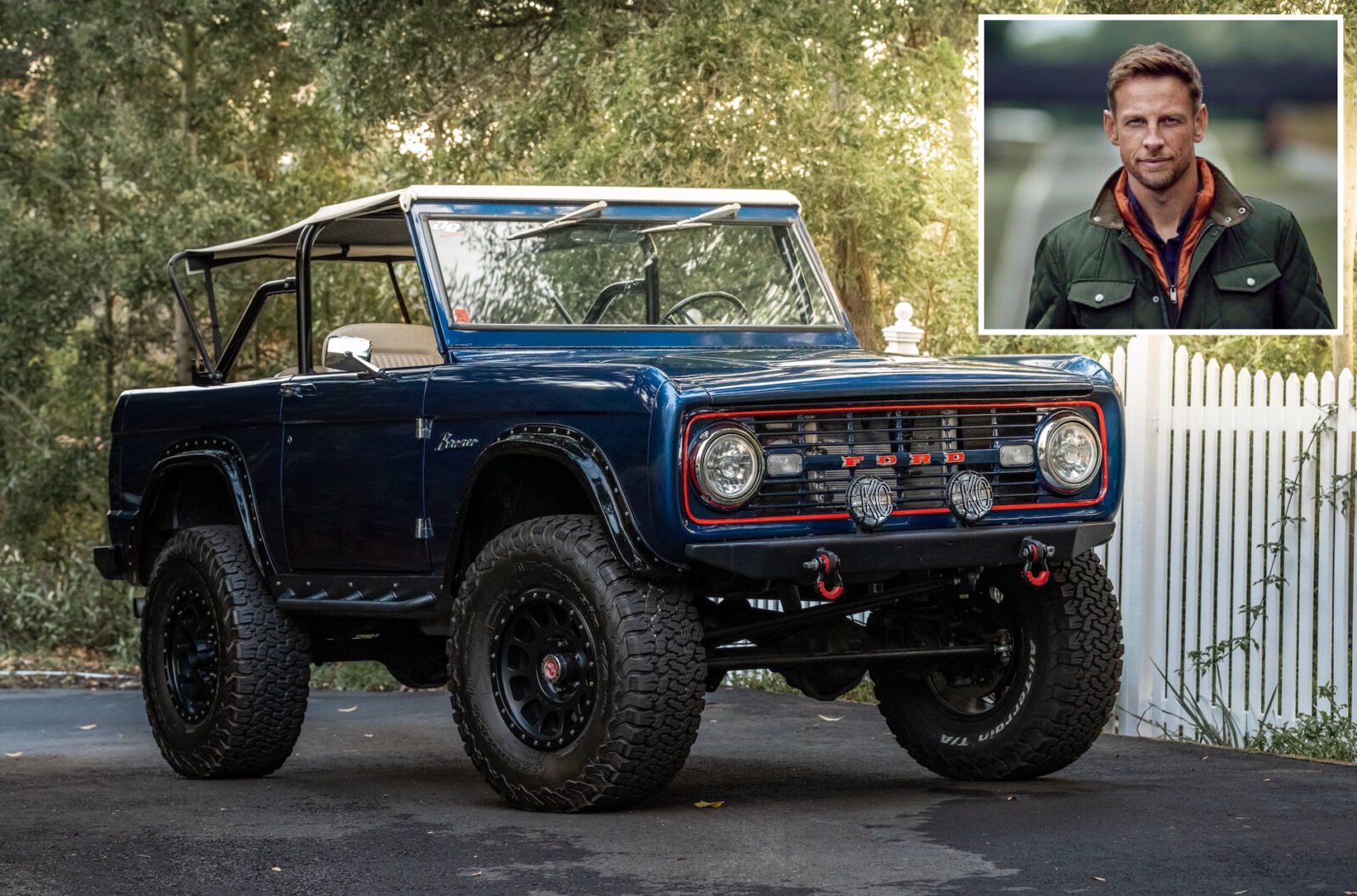 This highly modified 1970 Ford Bronco currently belongs to Jenson Button, the 2009 Formula One World Championship winning driver. He’s decided to part with it and it’s currently being offered for sale in a live auction online.

Button is well-known for his love of cars, in fact he’s recently been working with Ant Anstead, Mark Stubbs, Roger Behle to relaunch historic British coachbuilder Radford. The company is starting with a limited production car named the Lotus Type 62-2.

The Ford Bronco is doubtless one of the most important non-military four-wheel drive vehicles ever developed. For many Americans it was their first taste of off road driving and for some of them it would become a lifelong passion – helping to fuel the meteoric rise in popularity of the modern 4×4. 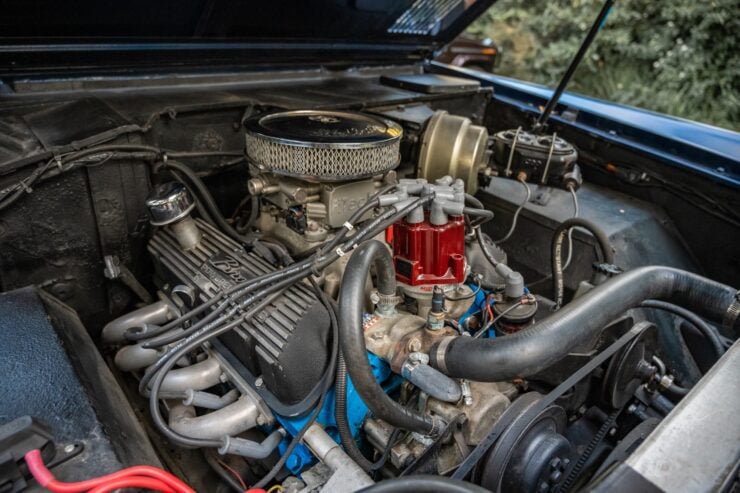 Originally released in 1965 after having been developed by Donald N. Frey, Paul G. Axelrad, and Lee Iacocca – the same team who dreamt up the Ford Mustang. The Bronco was targeted squarely at the Jeep CJ-5 and the International Harvester Scout, America’s two most popular 4x4s at the time, and the leaders of the civilian off road market.

The first generation Ford Bronco would stay in production from 1965 until 1977 at which time it was replaced with the second generation Bronco.

The Bronco would be built over five generations until 1996 when it was discontinued. In 2021 the sixth generation Ford Bronco was released. Its design is significantly influenced by the first generation vehicles, particularly the modified V8 racing Broncos with their lifted suspension, larger wheels and tires, and more purposeful styling.

Jenson Button’s love for cars is well known, as mentioned above he’s recently played a pivotal role in relaunching the legendary coachbuilding firm Radford who are now offering the all new Lotus Type 62-2 to well-heeled buyers around the world. 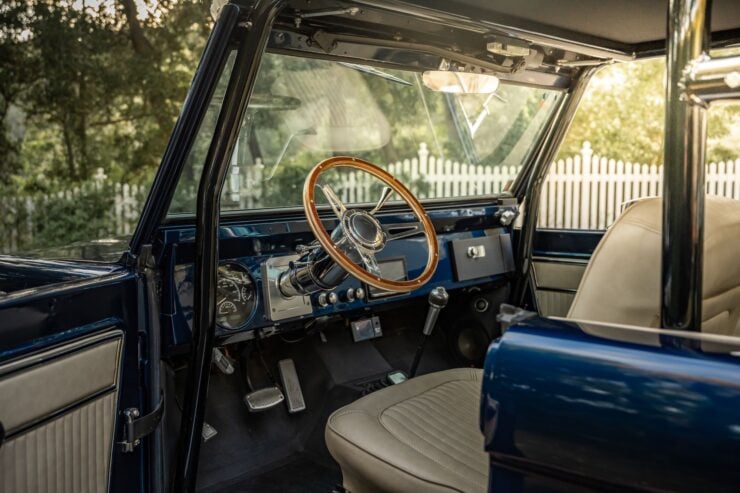 The interior is subtly upgraded over the original, with a new wood rimmed steering wheel, a discrete shifter for the automatic gearbox, and cream leather upholstery.

Though people more commonly associate Button with open wheeled racing and sports cars it’s clear that his love for vehicles goes well beyond this – he owns (or has owned) a number of motorcycles, a slew of vintage cars, a Rolls-Royce, a Vauxhall Cavalier (!), a VW camper van, and the custom Bronco you see here.

There seem to be two kinds of vintage Bronco owners in the world, those who like their cars completely stock and those who modify them to the point they could challenge for a podium position in the Baja 1000. It seems that Button is one of the latter kinds of owners, which makes a lot of sense when you remember that he’s a multiple championship winning driver.

Under the hood you’ll find a 302 cubic inch V8 that is fitted with Fitech fuel injection, an Edelbrock filter, and an MSD ignition kit with a push-button start. Power is sent to the front and rear wheels via a three-speed automatic transmission.

Button now has the car listed for sale on Collecting Cars out of LA, it’s a live auction with 6 days remaining to bid at the time of writing. If you’d like to read more about it or register to bid you can click here to visit the listing. 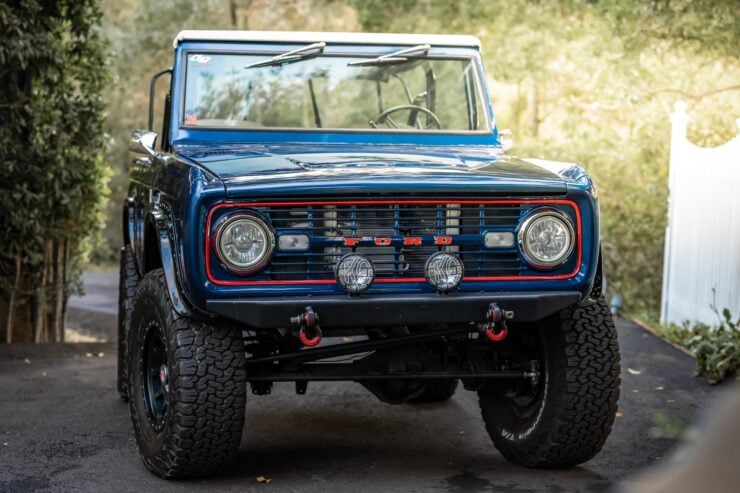 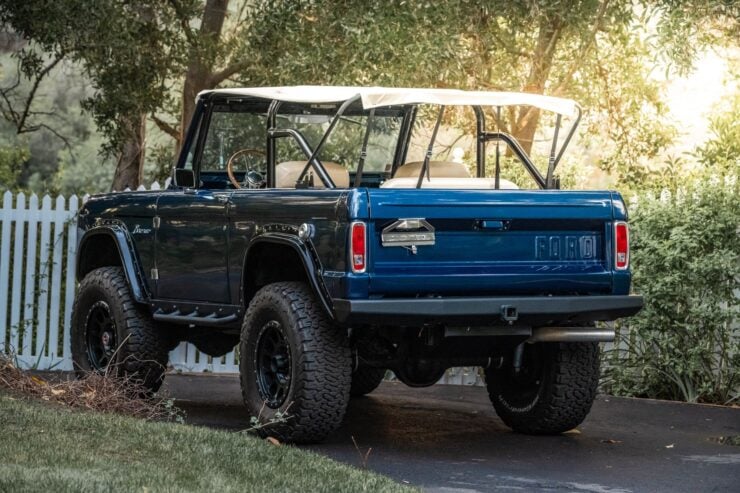 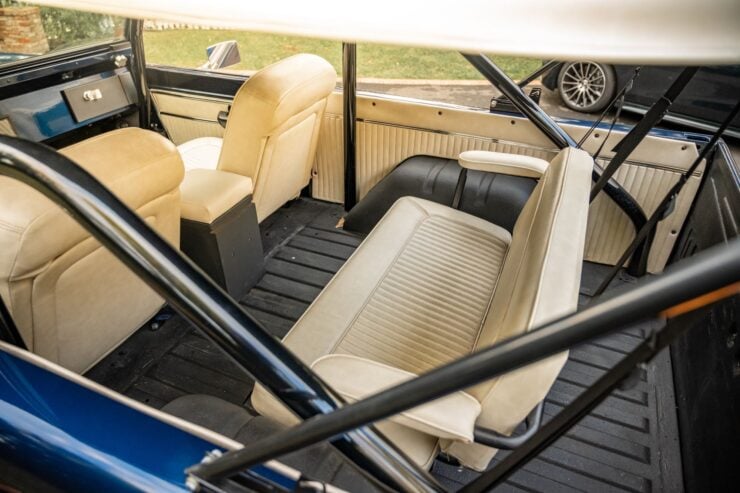 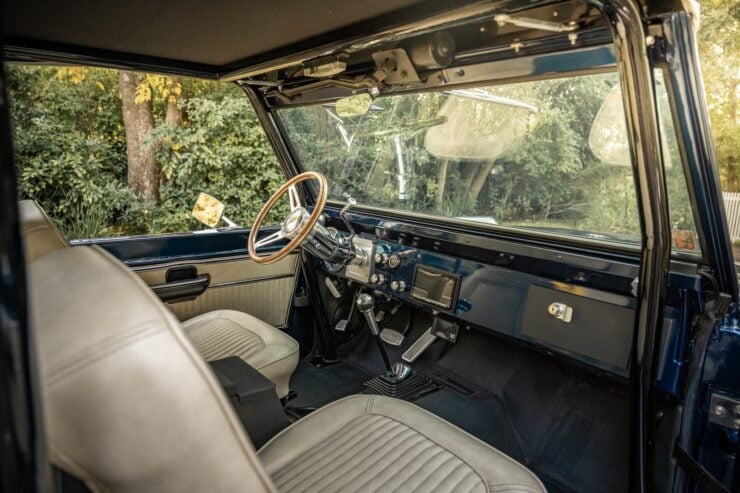 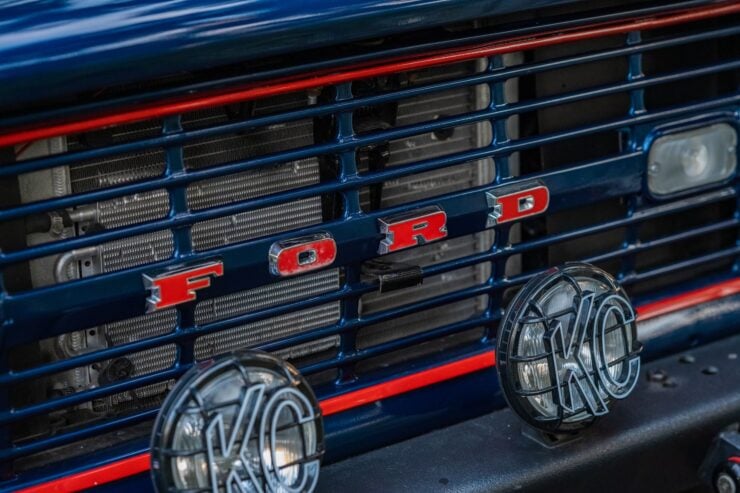 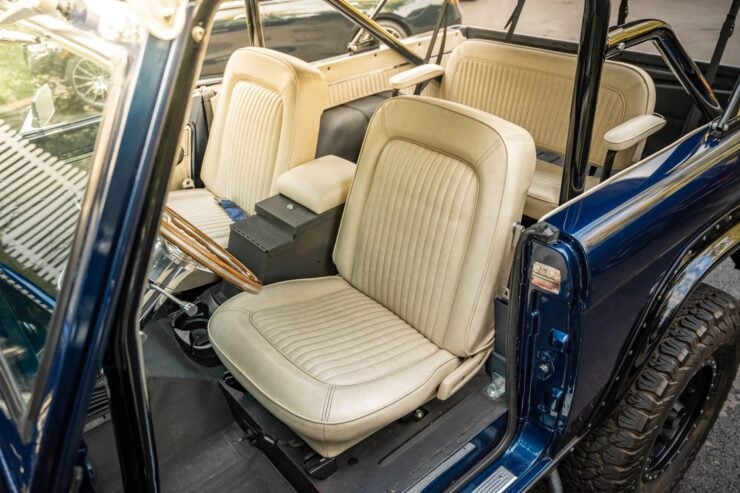 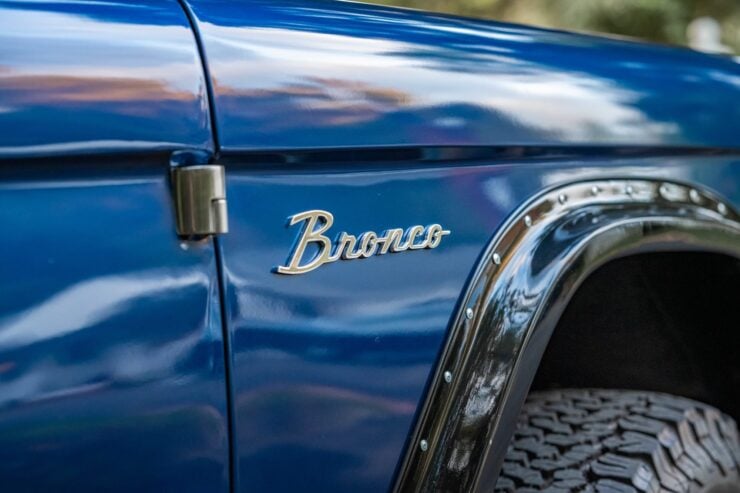 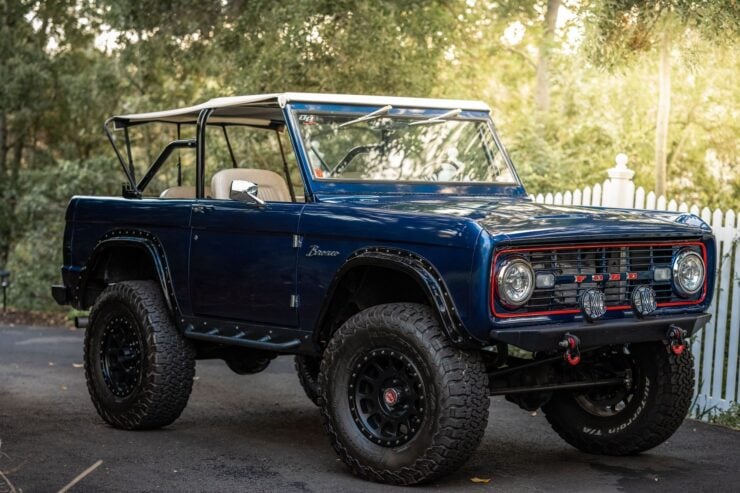 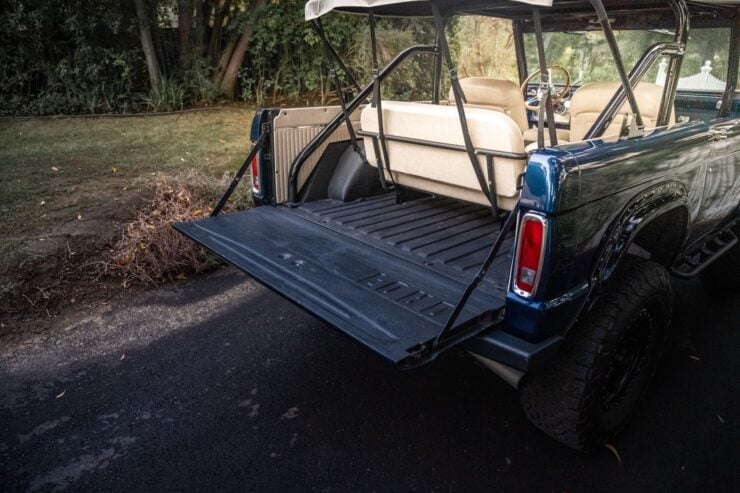 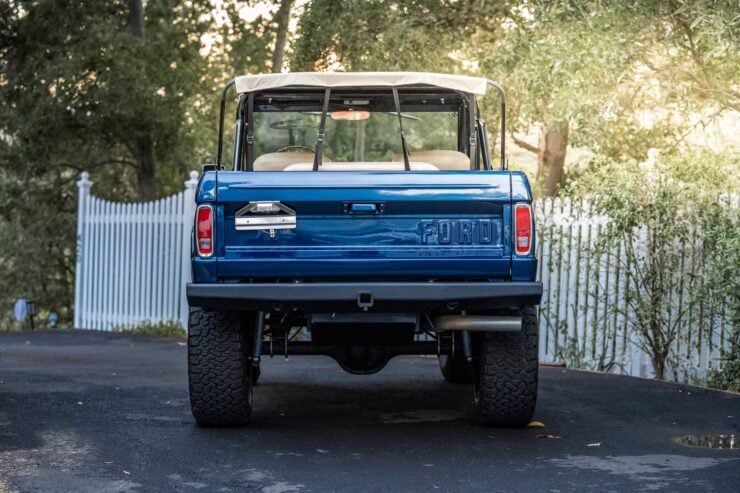 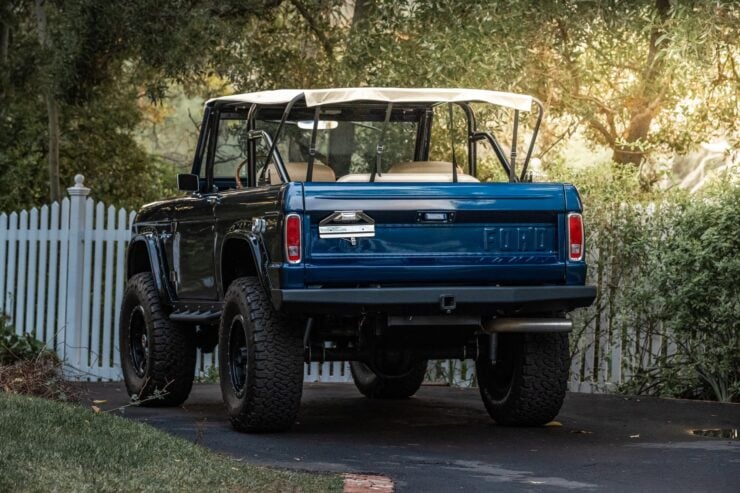 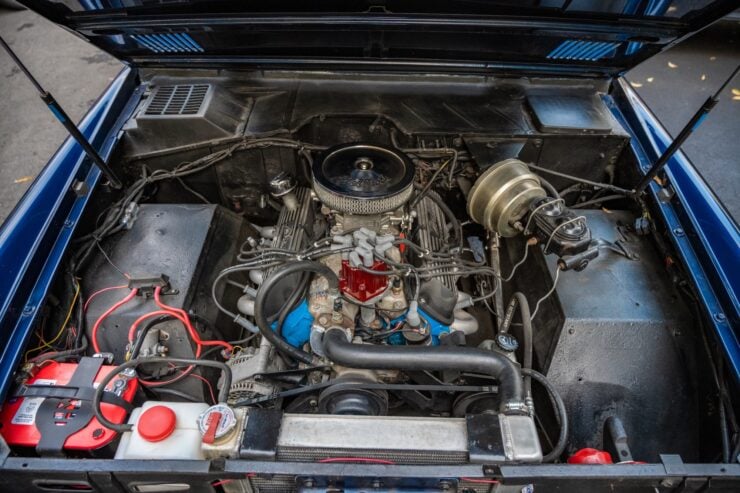