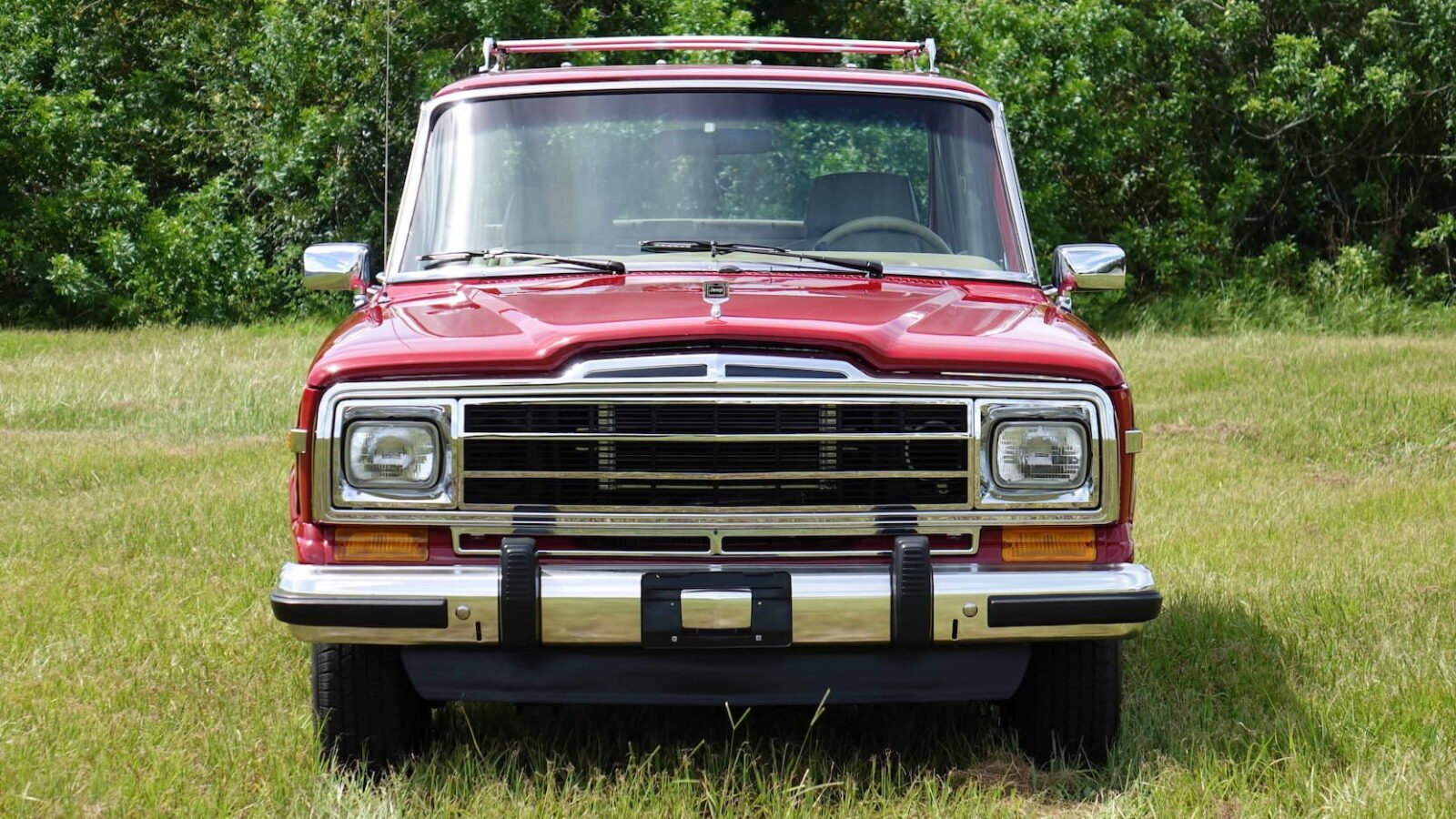 Although it looks entirely stock from the outside, this 1989 Jeep Wagoneer is fitted with a 707 hp Hellcat engine and a specially modified drivetrain designed to withstand the prodigious 650 ft lbs of torque.

The original Jeep Wagoneer is remembered today as the father of the modern luxury SUV, it was first released in 1962 with a series of unusual features for an off-road vehicle including power steering, optional automatic transmissions, a radio, independent front suspension, and even optional air-conditioning.

These features combined with the more car-like body and interior stood in stark contrast with the offerings from competing automakers like Land Rover, International Harvester, General Motors, and Ford which were typically far more rugged and less sophisticated.

Interestingly, the Jeep Wagoneer would stay in production largely unchanged for a staggering 29 years from 1963 to 1991, making it one of the longest running American production automobiles of all time. 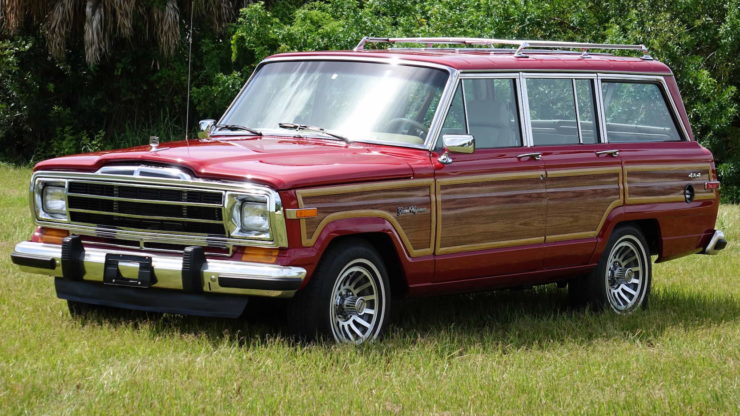 Over the course of its production run the Wagoneer was fitted with a wide range of engines including everything from the 230 cu. in. (3.8 litre) Tornado SOHC 140 hp six-cylinder engine to the hefty 401 cu. in. (6.6 litre) AMC V8.

None of the engines originally offered could have held a candle to the current occupant of the engine bay in this Wagoneer though – it’s fitted with a supercharged 376 cu. in. (6.2 litre) V8 Hellcat crate engine capable of the aforementioned power figures of 707 hp and 650 ft lbs of torque.

As you may expect, signifiant work needed to be done to a standard Jeep Wagoneer in order to ensure it could handle the power output from the new Dodge V8. Fortunately the engine bay was large enough to accomodate the new engine without any modifications however a newly rebuilt heavy-duty three-speed Chrysler A-727 Torqueflite transmission was required, this new automatic gearbox is capable of handling 900 hp and it’s been paired with a rebuilt transfer case, then mounted to the engine courtesy of a custom bell housing.

A new heavy-duty driveshaft sends power back to the Dana 44 rear end. As you may expect the Hellwagon has rebuilt suspension and uprated power brakes, it also has a Vintage Air setup in place of the original HVAC system.

Above Video: See Dennis Collins driving the Hellwagon (worth watching, it sounds glorious).

The build was done by Dennis Collins and the team at Black Mountain Jeep based in Wylie, Texas. They’re no strangers to wildly customized Jeeps but the Hellwagon was a unique build even for their experienced hands due to the work that went into keeping the exterior of the Hellwagon looking as stock as possible.

There are no acceleration times listed however as you’ll see in the video above, the 0 to 60 time is going to be exceedingly brisk – more than enough to embarrass some very expensive and very exotic machinery. I’m sure that few Ferrari drivers will forget the time they got smoked at the lights by a Jeep Wagoneer with a roof rack and wood paneling down the sides.

If you’d like to add the Hellwagon to your garage (and why on earth wouldn’t you) it’s due to roll across the auction block with Mecum in late August. If you’d like to see more or register to bid you can click here to visit the listing. 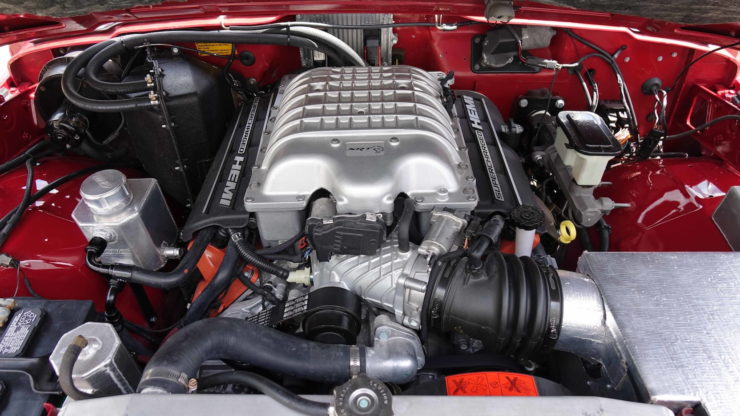 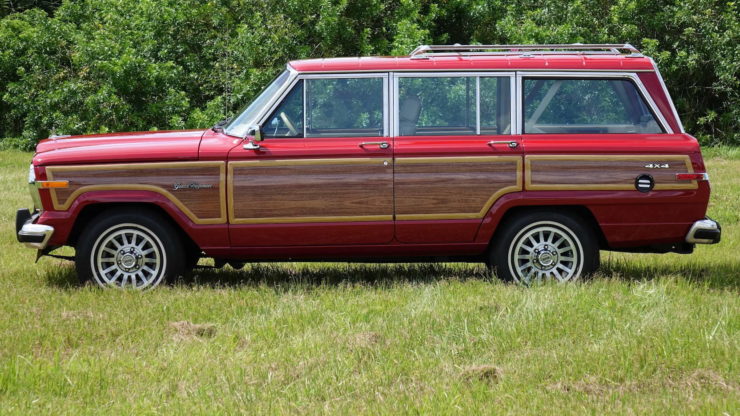 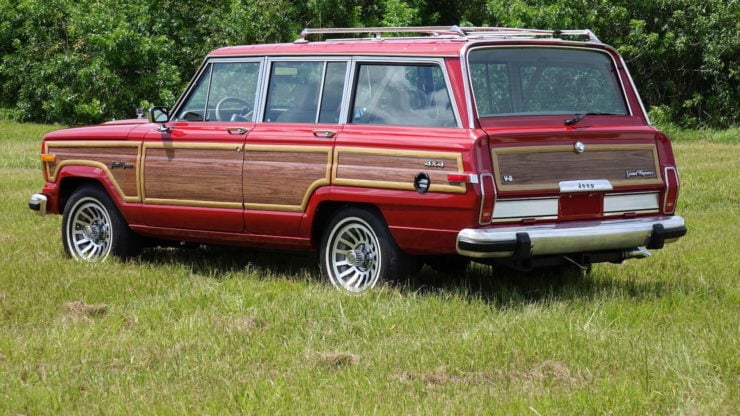 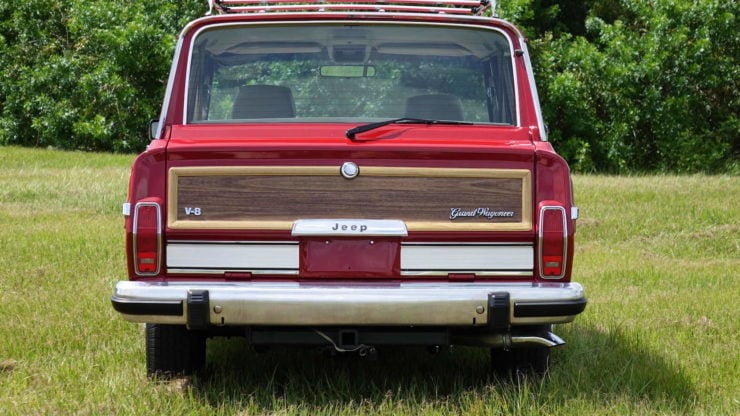 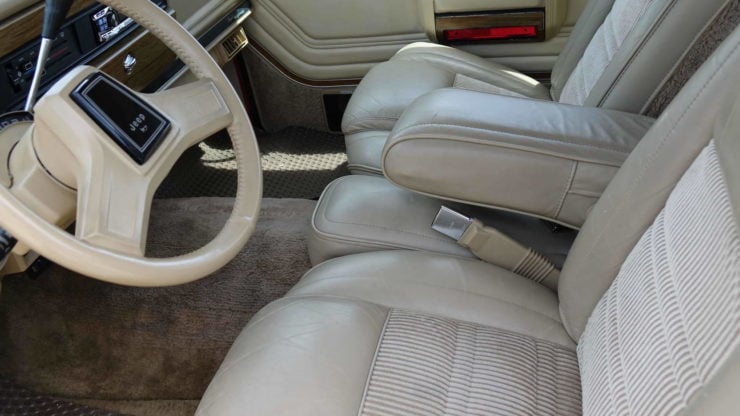 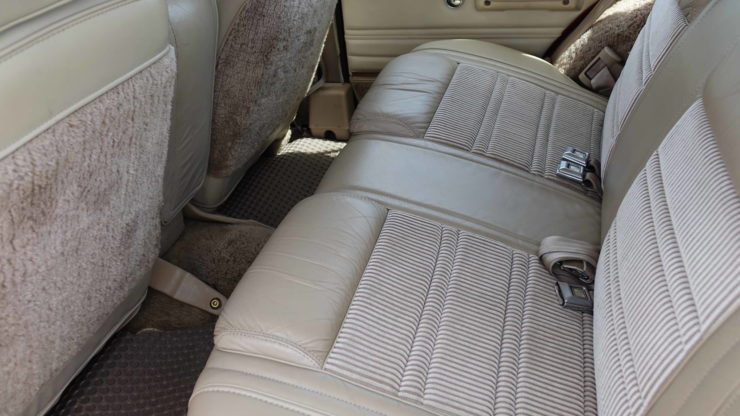 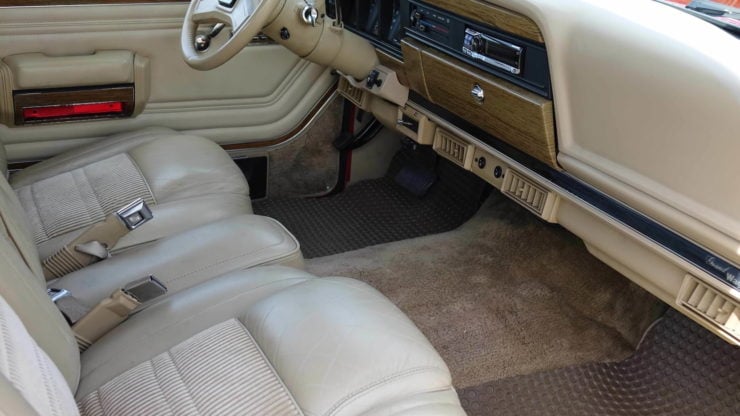 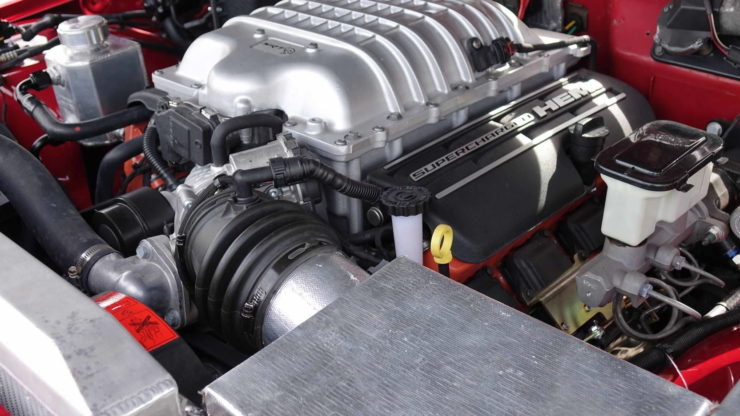 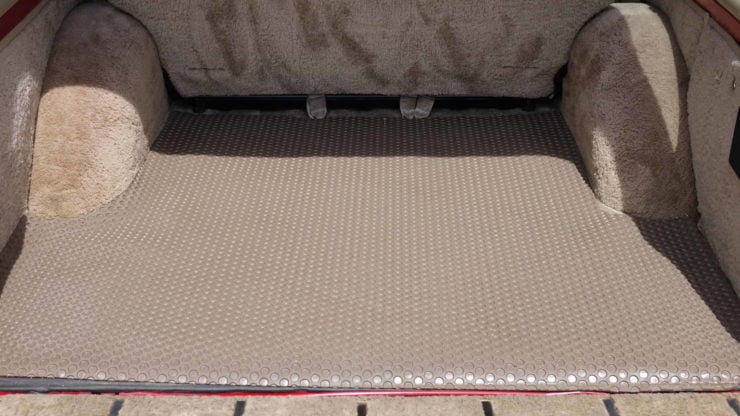 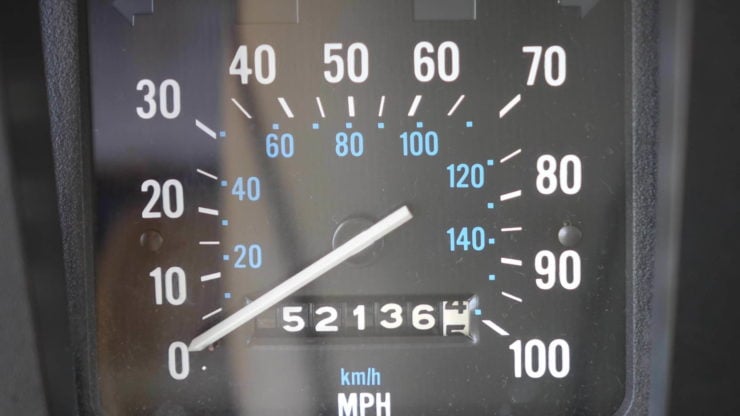 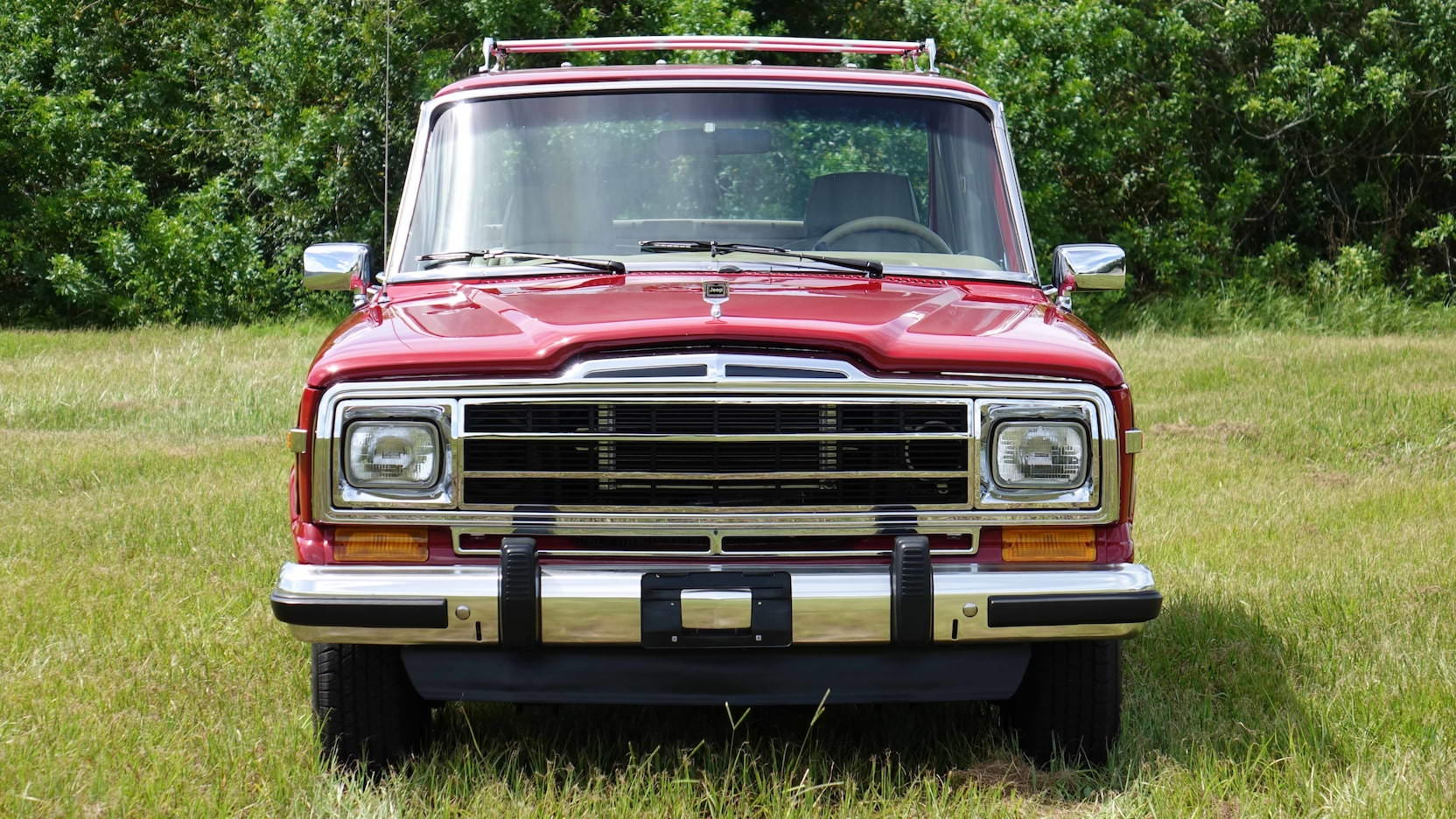